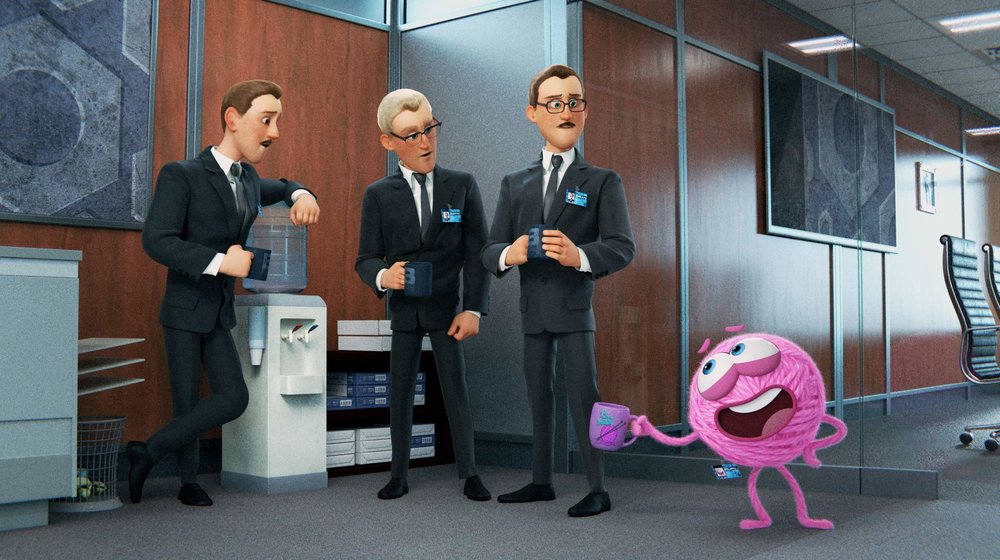 Disney+, Disney’s streaming platform, has introduced multiple interesting titles that join its slate of inaugural programming in November 2019. Among these offerings is Pixar’s ‘SparkShorts’, a collection of animated shorts, created by upcoming, talented animators. Adding a bit of Indie hints to its mix, Disney Plus’ ‘SparkShorts’ is a treat for animation fans, especially for lovers of Pixar films and shows. Each of the stories in ‘SparkShorts’ features a panel of fresh and gifted voiceover artists.

‘SparkShorts’ consists of a mix of six animated shorts, namely, Purl, Smash and Grab, Kitbull, Float, Wind, and Loop. The experimental storytelling initiative from Disney+ encourages new talents to showcase their creativity and tell their stories.

For instance, Kitbull, directed by Rosana Sullivan, is a tale between two very different characters — an independent stray cat and a pet pit bull. The two meet and this leads to the development of an unlikely bond between the duo. However, in a sad and dark turn of events, the dog is thrown out of his home because he loses a fight. The rest of the story follows how both the friends tackle the situation. Kitbull’s subject is sensitive for adults as well as kids as it is highly emotional. It has its own distinct art style, which is quite different from other Pixar productions and leans more toward traditional animation. And this is one of the reasons why the short is so charming. With a strong storyline, Kitbull is definitely a standout tale from ‘SparkShorts’.

Again, another title from ‘SparkShorts’ is Purl, which follows the multiple pursuits of its titular, serious character — a ball of yarn. Purl is employed in a start-up called Bro that features a hectic, fast, and male-centric work environment. However, when she tries to fit in with her peers, she starts understanding new things. So, how far will Purl go to gain acceptance? And if she does, is it worth the hard work? A weird and thoughtful short, Purl’s central protagonist showcases a rough animation style — in contrast to that of her male colleagues who appear polished like the characters in any other Pixar movie. And the experimentation proves to be successful. Across the episode, you understand why the animator decided to introduce this difference between his creations.

Purl approaches the sensitive subject of a male-dominated workplace where a female employee decides to adapt to the ways of her men peers in order to make them accept her. Her technique succeeds but eventually, she understands that her approach is not right. Of course, the topic is a bit complicated for younger kids, who may not be able to get the underlying meaning of the story. But this is the sole aim of experimental storytelling. In order to push boundaries, once must be able to think and create beyond set rules.

Even the other four shorts in ‘SparkShorts’ are equally engaging and different in their own way. Watch the whole series and we bet, you will not regret that you ventured into a new world of highly innovating, incredible storytelling.

‘SparkShorts’ premieres on Disney Plus on November 12, 2019. It consists of six short films of which the first three shorts from the series, that is, Purl, Smash and Grab, and Kitbull, were released online prior to the actual launch date of SparkShorts. They release together, alongside Float on the premiere day. Wind lands in December 2019 and Loop releases in January 2020.

You can check out the official trailer for ‘SparkShorts’ below: