What happens when science crosses the moral boundaries of humanity? What happens when humans play God? Like the classic fable of Frankenstein, ‘Splice’ raises similar morality questions. At its surface, the movie is simply about the scientific endeavors of two experts who experiment with human-animal hybrids. But as the film progresses, the decision of these two scientists turns out to be far more consequential than they had anticipated.

Although, at this point, achieving what the scientists in the film get out of their experiment still seems a little over-the-top. But compared to most other monster horror films, ‘Splice’ hits close to home. And that’s the reason why most hardcore sci-fi fans will have several questions surrounding its terrifying yet intriguing scientific jargon. Meanwhile, others will be drawn more towards how it explores its characters and their dwindling sense of morality. I’m no science expert, but further down I’ll be breaking down the movie’s monster(s) based on my own observations, and of course, I’ll also be explaining its twisted ending.

Clive Nicoli (Adrien Brody) and Elsa Kast (Sarah Polley) create two genetically engineered lifeforms named Fred and Ginger by splicing animal DNA. Their work is very well appreciated at the company N.E.R.D. (Nucleic Exchange Research and Development) because of how it could eventually help the world cure several chronic diseases. When the two lifeforms mate with each other, Clive and Elsa think of how far they could go with their experiments and decide to create a human-animal hybrid. But since this motive would be morally questionable, their dreams of revolutionizing genetic engineering are lulled by the higher forces of their corporation. Instead, they are asked to use Fred and Ginger for extracting proteins which, in turn, could be used for commercial drug production.

Clive and Elsa relentlessly sideline their work with Fred and Ginger and start secretly working on their human-animal hybrid project. But what starts off as a mere test, eventually leads to the formation of a whole new life form. Clive remains apprehensive about what they’ve done but Elsa convinces him to let the creature live. The zany-looking lifeform ages rapidly. It even shows mental developments very similar to that of humans. Moreover, it seems to have an appetite for anything that contains sucrose, and its learning ability seems to be a bit inferior to humans.

After naming it DREN, which is NERD reversed, Clive and Elsa keep her in the basement of their facility. This is when they also discover that, right after she gets a high fever, she develops the amphibian trait of breathing underwater. After being moved to Elsa’s old home, Dren starts acting like a rebellious human teenager and even reveals that she has retractable wings. As Dren’s behavior worsens, Elsa tries to establish her dominance on her and even cuts off her tail stinger, which she later uses for synthesizing the protein they were previously looking for. But right after this, everything suddenly takes a twisted turn when Clive tries to have sex with Dren and Elsa reveals that she combined her DNA with Dren. This revelation goes way back to Elsa’s childhood where her mother would abuse her. As a result of this abuse, Elsa only wanted a child who she could control. with a child who is merely the consequence of an experiment, she could very well do that.

In the final moments of the film, Dren suddenly dies and Elsa and Clive bury her in the woods. In the meantime, William Barlow from NERD discovers their little secret after he finds human DNA in the protein that Elsa had shared with him. That’s when Dren, now metamorphosed into a male, returns and starts ruthlessly killing everyone. Dren’s male instinct takes over and he even rapes Elsa. In the end, amid all the action that ensues, Clive gets killed by Dren and then Elsa reluctantly murders Dren. In the closing moments, Elsa seems to be pregnant with Dren’s child while her superior at NERD convinces her to keep the baby. She even offers Elsa a large sum of money for doing so as the bodily compounds in Dren’s DNA could very well be useful for the company.

How Does Dren turn into a male? 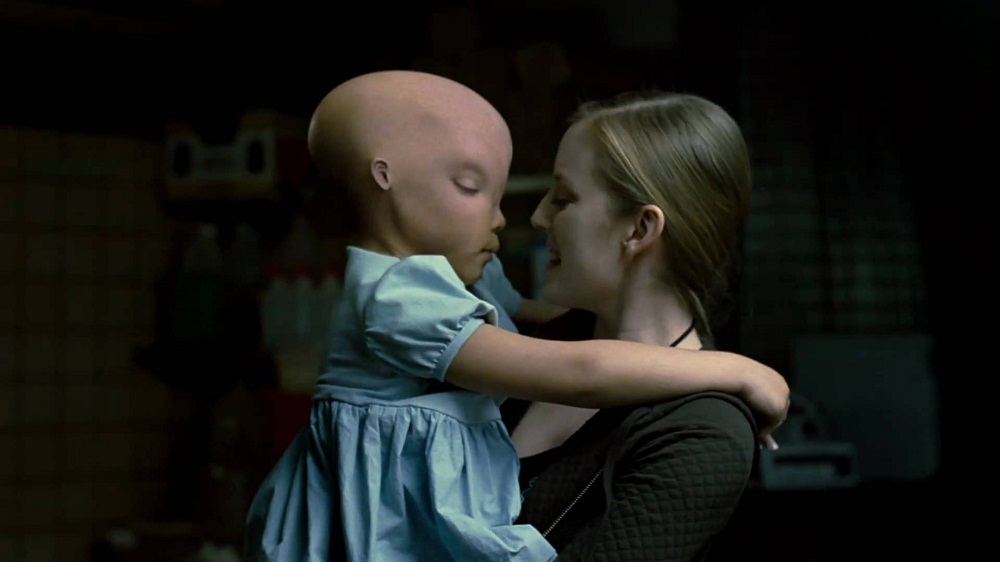 Absolutely no revelations are made about the animal DNA that was used for creating Dren. But from her physical traits, we know that she has the ability to breathe underwater. Her amphibian traits and the structure of her feet suggest that she might have the DNA of a frog. When it comes to her retractable wings and her stinger at the end of her tail, she might even have gotten these traits from the DNA of a wasp. A wasp seems more likely as her stinger never gets detached from her body when she stings someone.

Other than that, the fact that she has a tail and three fingers in her hand can be traced down several species, among which, the tail simply seems to be a trait of early humans. Moreover, Dren also seems to have high levels of pheromones which explains why Clive feels so drawn to her. Her metamorphosis into a male could possibly be an outcome of the presence of clownfish DNA in her. Clownfish, wrasses, moray eels, and a few other fish species are able to change their sex with time, including their reproductive functions. This also explains how Ginger’s sex suddenly changes later on in the movie.

Who is the real monster? 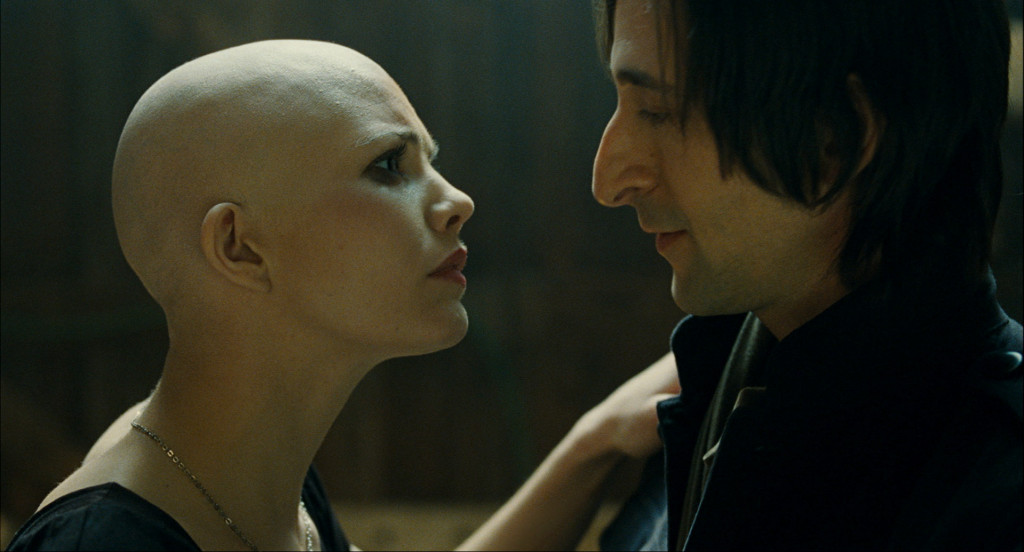 The biggest moralistic question at the end of the movie is: who is the real monster? In ‘Frankenstein’, the real monster isn’t Frankenstein, but the doctor who created him. Similarly, in the movie, Dren was simply driven by her primary animalistic instincts. Her level of intelligence was relatively inferior, so she clearly did not have the ability to differentiate between right or wrong. And since she spent her entire life as a mere specimen for the two scientists, she never knew what real kindness looked like.

On the other hand, Clive and Elsa, who were simply driven by their desperation to make a great scientific discovery, kept Dren trapped in a barn, ignored her carnivorous instincts, denied her the freedom she deserved, and ruthlessly experimented on her. Even in the ending scene, although Elsa seems quite traumatized, she still chooses to keep Dren’s baby just because her boss promises her a huge sum of money. So, who is the real monster here? Well, the answer seems pretty obvious.