In the debut episode of ‘Spy x Family’ titled ‘Operation Strix,’ the Westalis master spy codenamed Twilight is tasked to investigate Ostanian politician Donovan Desmond. However, before he can begin his mission, Twilight needs to adopt a child so that he can get him admitted to the same school as Desmond’s son. Sadly, he soon realizes that getting a child only just won’t make the cut. Here’s everything you need to know about the ending of ‘Spy x Family’ episode 1. SPOILERS AHEAD !!!

After a renowned Ostanian diplomat is killed in a road accident, people at the secret bureau come to the conclusion that he has been assassinated by a far-right party that wants war with Westalis. Therefore, in order to expose their plan and stop the situation from spiraling out of control, they hire the secret agent Twilight to investigate the matter. Meanwhile, the secret spy manages to get his hands on some embarrassing photos of the foreign minister that are going to be used to force him to resign from his post. 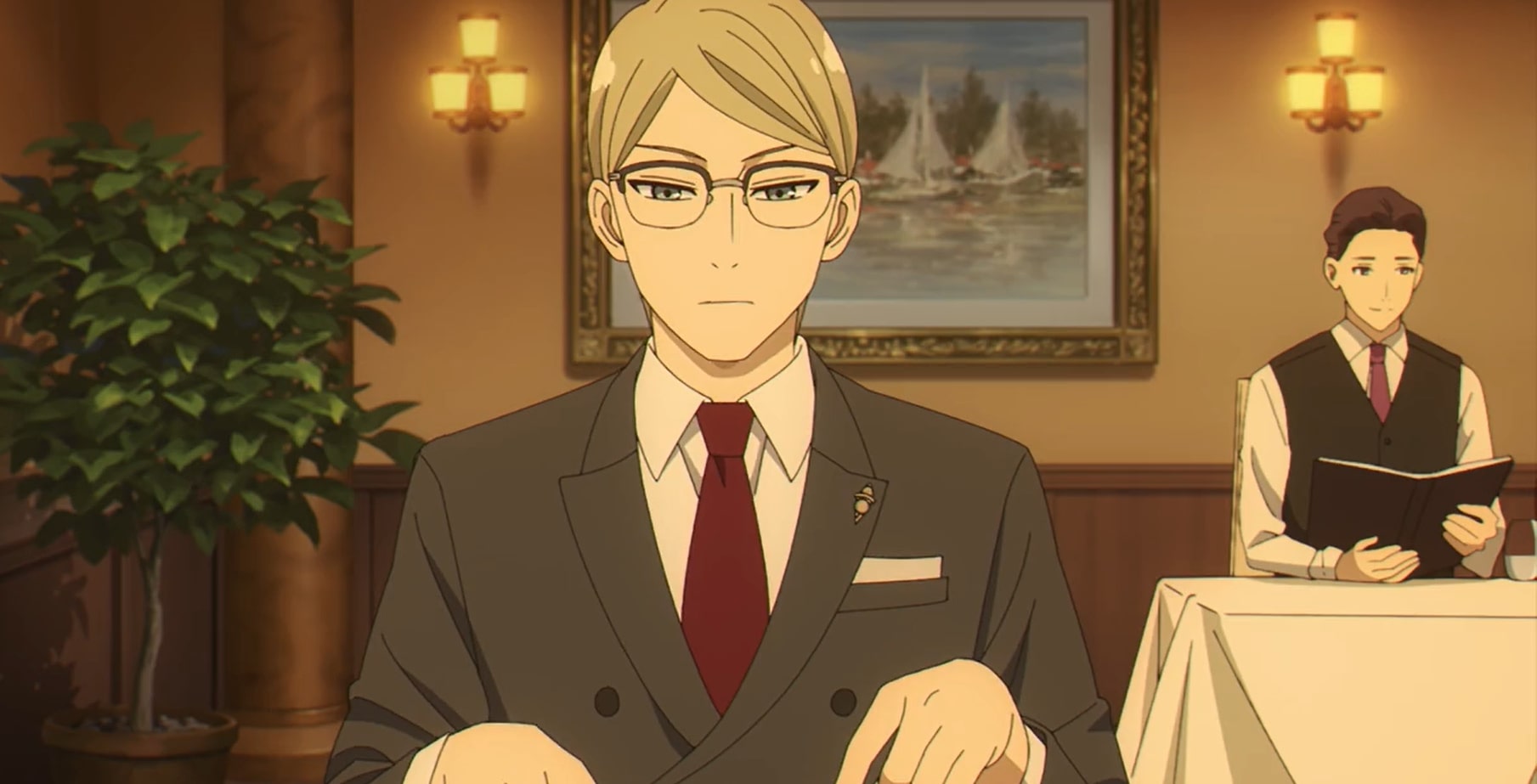 Once he has accomplished his mission, Twilight immediately discards his fake identity and boards a train to Berlint, where he will have to get closer to and collect more intel on the National Unionist Party President Donovan Desmond. Unfortunately, Desmond is a very private person who rarely makes public appearances. The only way to get to know him is by getting involved in the social events held in his son’s school, the prestigious Eden Academy. He is regularly present in those events along with the political and social elites of the region. But only parents are allowed to attend those gatherings. So if he plans to be a part of them, Twilight will need to adopt a child.

Although the secret spy is angry about starting a fake family at first, as he prefers to work alone, he does not really have much of a choice. Since the peace between the two nations hangs in the balance, he agrees to work on Operation Strix. As soon as he arrives in Berlint, Twilight gets himself a family apartment under his new identity Loid Forger, a psychiatrist. He then heads straight to the orphanage, where he meets and adopts Anya, a girl who can read and write. However, he is completely clueless that she is not just an ordinary kid but an esper who can read people’s minds.

Although he does not like to take anyone with him for shopping, Anya being stubborn and unyielding manages to convince Twilight. Since she can read his mind and knows that he is a spy, Anya is always on the lookout for some enemies that may attack both of them out of the blue. Their first outing together is eye-opening for Twilight, who gets to learn a few things about her likes and dislikes. However, the following day he manages to sneak out of the apartment all by himself, which turns out to be a huge mistake. While trying to find something interesting, Anya gets her hands on a secret communication device in a suitcase which she then uses to send a message.

Sadly, the message is transmitted to the same crooks who previously planned to blackmail the foreign minister, and they locate Twilight’s house and kidnap Anya. When Twilight later returns homes, he fights off the intruders and manages to pass off as one of the kidnappers to infiltrate the compound where Anya is kept. He then rescues his adopted daughter and asks her to go to the nearest police station before going to fight the bad guys again. When he returns, Twilight finds Anya near a phone booth again, and she gives him a big hug. She refuses to leave him even for a moment, and the heart of the secret spy melts in an instant.

Once he is done rescuing Anya from the kidnappers, Twilight realizes that they need to work really hard for the entrance exam of the prestigious Eden Academy. He puts in a lot of effort to teach Anya all that she needs to know. On the day of the examination, she tries to use her mind-reading powers to get some of the answers from the students sitting with her. However, that does not really end well as most of them are struggling with the tough questions. 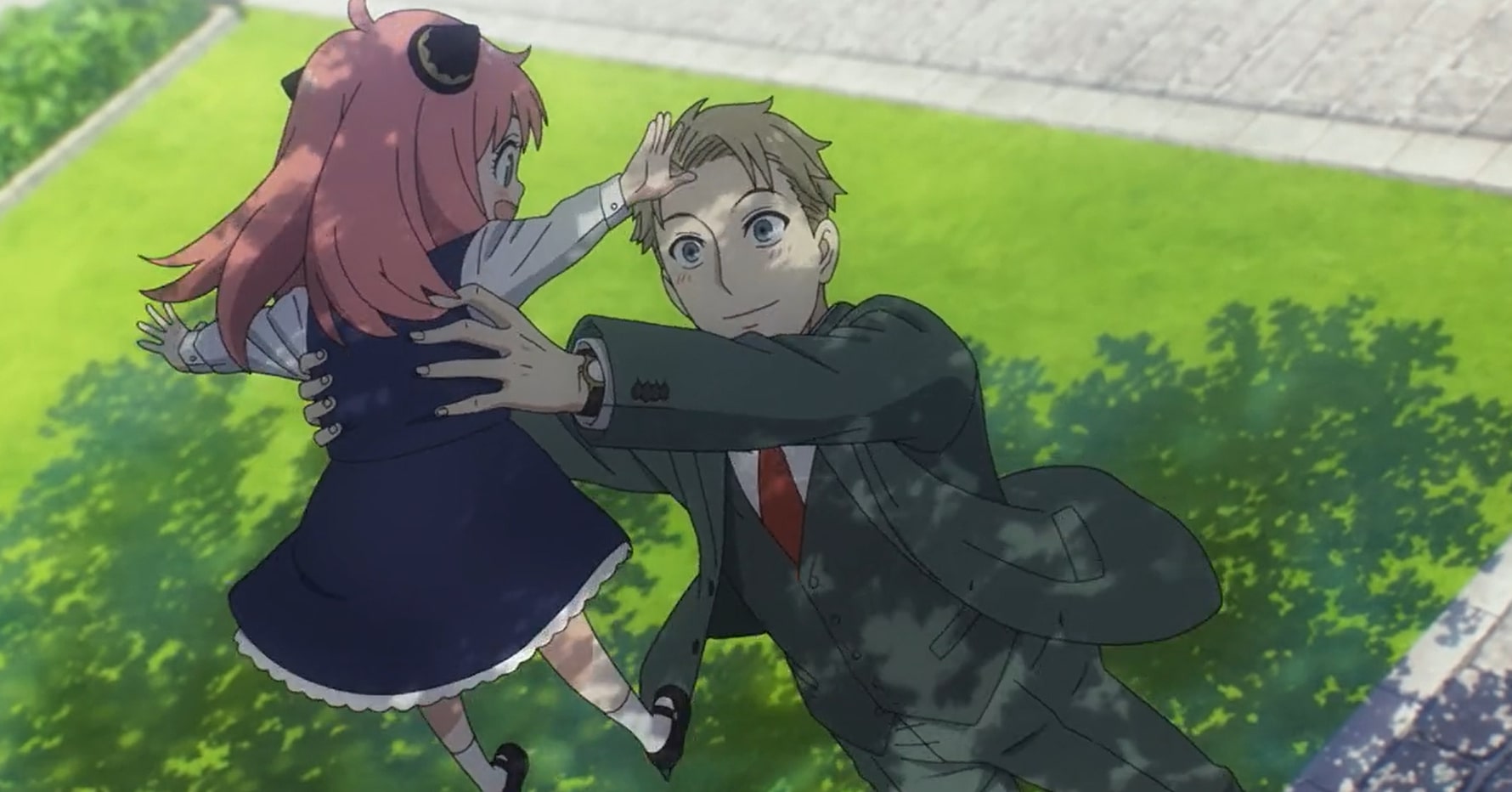 Realizing her powers are of no use, in this case, she puts all her trust in the hard work she did with Twilight. As she begins to focus, Anya realizes that she probably knows far more than she previously had expected. On the day of the result, Twilight anxiously looks for Anya’s name on the list and begins celebrating as soon as he finds it. So, she does clear the entrance exam for the prestigious Eden Academy.

But when they receive the notice from the school, Twilight is shocked to learn that there is a second assessment, where they have a parent-teacher meeting. However, he can’t go there alone as the notice clearly states that the child must come with both parents, and no exceptions are allowed. It seems Twilight and Anya will soon be looking for a mother to complete their pretend family.