The inquiry into the February 1997 murder of Steven Ver Woert led the authorities through many twists and turns. In a scenario with little physical evidence, the prosecution built their case solely on confessions and testimony. Investigation Discovery’s ‘I Went Undercover: Flirting with Murder’ focuses on how a police officer’s conversations with a culprit eventually led to the capture of the people responsible. So, let’s find out what happened then, shall we?

How Did Steven Ver Woert Die?

Steven’s family was originally from Iowa but had settled in Arizona by the time the incident occurred. The 44-year-old was twice divorced and had one son from his first marriage. While most of his folks lived in Arizona, Steven worked in Bothell, Washington, as a cellular engineer; he had been living there for about five years. Loved ones described him as being well-liked and always willing to help others. Thus, what happened next came as a shock to everybody.

On February 4, 1997, Steven didn’t show up to work like he usually did. When that didn’t change by noon, the administrative assistant drove to his trailer. Inside, she found Steven in a pool of blood and called 911 right away. When the police arrived, they noticed signs of a struggle inside. Steven was stabbed thrice in the back, and his throat was cut. Robbery was ruled out as a motive since his wallet was still there and nothing else was missing from the trailer.

As part of the investigation, the authorities traveled to Arizona to talk to the family. It was stated on the show that loved ones suspected Marty Malone, Steven’s ex-wife. The two had split within a year of marrying but stayed in touch even after that. So, the police paid Marty a visit in Scottsdale, Arizona. They were struck by her odd behavior. She wasn’t emotional, and despite never being told when Steven died, she talked about her whereabouts around the time of the murder. 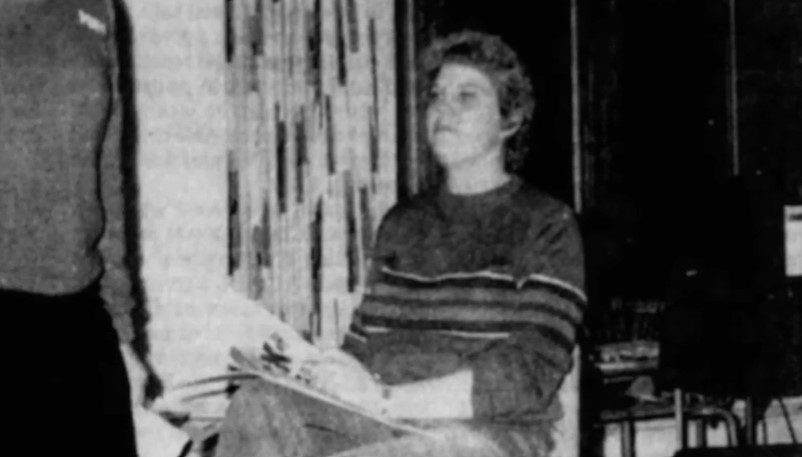 Furthermore, as per the show, Marty began searching for Steven’s will and showed that he had left almost everything to her. Not just that, Marty was the beneficiary of a $150,000 life insurance policy in Steven’s name. While she seemed to have the motive, no physical evidence connected her to the murder. However, police officer Edward Hopkins noticed that she was flirty with him and decided to use that to his advantage, hoping to get a confession from her.

Therefore, Edward told Marty he was looking to move to Arizona and start over after quitting his police job. Then, in a conversation on February 23, 1997, Edward told her there was evidence connecting her to the crime but offered to cover it up in exchange for a cut from the insurance money and a motorcycle. Marty agreed and eventually told him that she offered $25,000 to a man named Jonathan Curtis to kill Steven. The money was to come from the insurance proceeds. In the same conversation, Marty reportedly tried to hire Edward to get rid of Jonathan before she was taken into custody.

Once arrested, Marty agreed to cooperate for a lesser sentence and told the police what happened. According to her, she and Jonathan were at a bar in December 1996 when they saw a sign in the bar that said, “Some people are alive only because it’s against the law to kill them.” This led to Jonathan saying if Marty wanted anyone to be killed, he could do it. Then, Marty lied to him, saying Steven had molested a child. At that point, Jonathan agreed to carry out the murder.

Jonathan had told Marty in an earlier meeting that he was a former police officer. According to her, they drove in her car to Bothell from Arizona on February 3, 1997, arriving at noon the following day. After hanging out at a local bar, Marty said she waited in the car while Jonathan went to Steven’s house to kill him. Before that, Marty claimed Jonathan bought gloves from a drug store. They dumped his bloody clothes in a dumpster in Ellensburg, Washington.

Where Are Jonathan Curtis and Marty Malone Today?

Marty’s testimony at Jonathan’s trial was crucial in proving the case against him. In Jonathan’s defense, he claimed to have only driven Marty to Washington. He then said Marty had asked him to kill someone, but he thought she was joking. Jonathan claimed to have fallen asleep in the car, only to wake up to Marty getting back into the car. However, Jonathan also tried to hire a prison inmate to have Marty killed.

In December 1997, Jonathan, then 46, was found guilty of aggravated first-degree murder. A couple of months later, he was sentenced to life in prison without the possibility of parole. It seems that Jonathan is serving his sentence at a correctional facility in Washington. As for Marty, then 43, she pleaded guilty to first-degree murder in June 1997. The following May, she was sentenced to serve 23 years behind bars. From what we can tell, she has since been released from prison but has chosen to keep her life private. Marty’s last known location remains Washington.