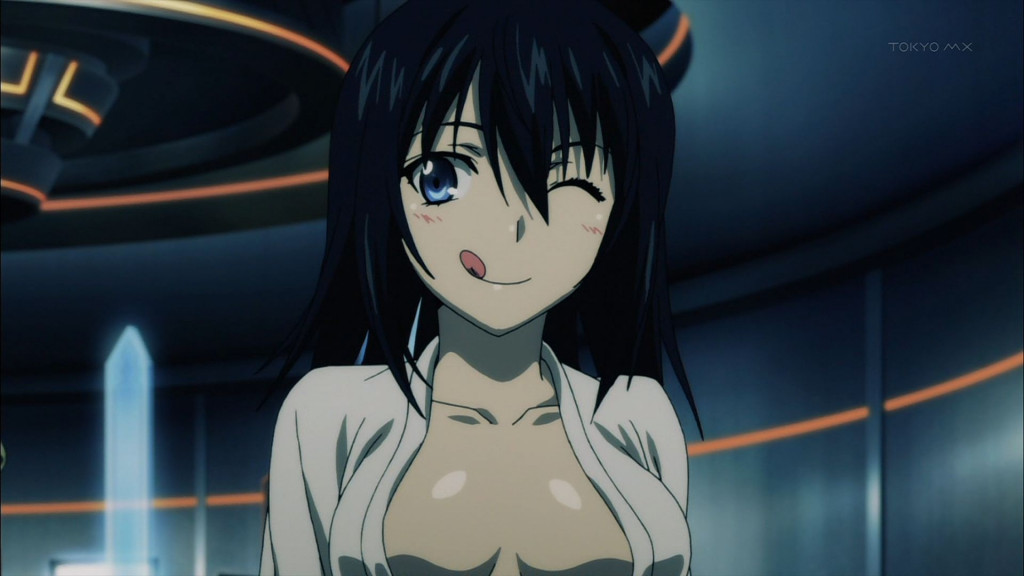 Strike the Blood (also known as Sutoraiku za Buraddo) is a fantasy action anime television series which is based on a light novel series of the same name. Written by Gakuto Mikumo and illustrated by Maynako, the light novel series was first published on May 10, 2011. A year later, the light novels started being serialized into a manga series, which made its debut on June 27, 2012. With the popularity of the series growing, Strike the Blood was then picked up to be made into an anime television series and Season 1 of the show, consisting of 24 episodes, premiered on October 4, 2013.

Season 1 was an immediate hit among fans of the source material and new viewers alike, and in 2015, and original video animation (OVA) special, consisting of two episodes, was released under the name Strike the Blood: Valkyria no Oukoku-hen. The show was subsequently renewed for a second season, and Season 2, consisting of eight OVA episodes, premiered on November 23, 2016. A couple of years later, Season 3 of the show was confirmed, and it premiered in late 2018. Now, the question is, will there be a Strike the Blood Season 4? Here’s everything we know.

Strike the Blood Season 4 Release Date: When will it premiere?

As far as the possibility of a fourth season is concerned, we have good news for the fans. Strike the Blood season 4 is all set to release on April 8, 2020. Time to get excited.

You can stream ‘Strike the Blood’ on Crunchyroll with its original Japanese audio and English subtitles.

The show is set in a fictional man-made island called Itogami island which lies to the south of Japan. The artificial island is indeed a special one, and serves as a monster and demon sanctuary.

In this island, the show focuses on a boy called Kojou Akatsuki. While Kojou is a seemingly ordinary high school student, his life takes a dangerous turn after a fateful encounter leaves him with the powers of a vampire. Before Kojou can even come to terms with his new abilities and his new life, he is thrust into the spotlight when it is revealed that he is the Fourth Progenitor, an extremely powerful vampire considered to be a legend by most.

As the news about Kojou spreads, fear grips the world’s three ruling Progenitors, who are afraid of Kojou’s presence disrupting the balance of power between them. Fearful of the destructive potential Kojou carries, the three Progenitors thus employ an organization to observe and kill Kojou, if required. Known as the Lion King Organization, this organization then sends an apprentice sword shaman called Yukina Himeragi to observe and monitor Kojou, and if required, kill him.

However, things don’t work out in favour of the organization when circumstances result in Kojou and Yukina forming an uneasy, but stable alliance. Over many trials and tribulations, the two become friends, and as Kojou starts to unlock his true potential, the two take up the responsibility of protecting their city from all emerging threats.

Kojou Akatsuki: The main male protagonist of the show, Kojou starts off as an ordinary high school student at the Saikai Academy. However, his life takes a turn for the unexpected when he has a fateful meeting with Fourth Progenitor Avrora Florestina, who transfers her powers to him. Not only does Avrora make Kojou the current Fourth Progenitor, she also blocks his memories of the event, so Kojou does not know how he acquired his powers. As a vampire, Kojou craves blood, and his bloodlust only intensifies when he is sexually aroused. When he starts off as a vampire, Kojou is opposed to feasting on humans, and often drinks his own blood to satisfy his bloodlust. Later, however, Kojou starts to drink the blood of humans. As far as Kojou’s abilities as a vampire are concerned, he possesses common vampire traits such as superhuman strength, superhuman speed, and extraordinary regenerative abilities. Further, as the Fourth Progenitor, Kojou also has the power to command the twelve familiars he inherited from Avrora. Most notably, Kojou is the most powerful vampire in the show, and he slowly starts to unlock his true potential.

Yukina Himeragi: The main female protagonist of the show, Yukina is an apprentice sword shaman for the Lion King Organization. Equipped with a magic halberd named Sekkarou, Yukina shows promise as a sword shaman, and hence gets selected to observe and monitor Kojou, when news that he is the Fourth Progenitor starts to spread. Taking her role as observer extremely seriously, Yukina subsequently moves to an apartment adjacent to the one in which Kojou stays. Unbeknownst to her and anyone else is the fact that she is destined to become the first blood partner of the Fourth Progenitor and his mate. Thus, Yukina soon starts developing romantic feelings for Kojou. She is shown to be quite possessive and often lashes out at other women who vie for Kojou’s attention. Later, during a battle with the Lotharingian exorcist Rudolf Eustach, Yukina gives herself to Kojou, becoming his first blood partner. This, in turn, enables Kojou to awaken the first of the twelve familiars he has control over. In a glimpse into the future, it is also shown that Yukina is married to Kojou and has a daughter called Reina.

Asagi Aiba: The third and final main character in the show, Asagi is a computer-savvy classmate of Kojou who works as a part-time computer programmer at the Security Department of Itogami Island Management Corporation. Owing to her hacking skills and the access to information she has, Asagi often helps Kojou with inside information. Asagi also has a crush on Kojou, but does not act upon it until Yukina’s arrival puts her position in danger. Later in the show, Kojou and Yukina reveal their true identities to her, much to her surprise. Further, it is also revealed that Asagi is actually the Priestess of Cain.