Created by Michel Carvalho, Ana Pacheco, Natalia Piserni, and Ricardo Tiezzi, Portuguese-original coming-of-age romance drama series ‘Summer Heat’ (original title: ‘Temporada de Verão’) is infused with a warm fuzzy feeling enough to entice young-adult fans. The story revolves around the frolicking and youthful staff members of Maresia Hotel, who come from various walks of life. But wearing the same baby blue uniform, they fight the mundane battle of every day with an indomitable spirit. The finale of the emotional journey is heart-shattering, as it leaves quite a few questions in its wake. If the final moments are bugging you, let us go hand in hand and decode the journey. SPOILERS AHEAD.

The series begins with a high when Rodrigo asks for Catarina’s hands in marriage. However, things go haywire when Catarina catches Rodrigo making out with a girl named Helena shortly after. She is in for another shock when the police arrest Cecilia, Catarina’s mother, for money laundering. With the mishap, Catarina lands destitute. However, Catarina and Helena clear the air after Catarina joins the hotel staff. 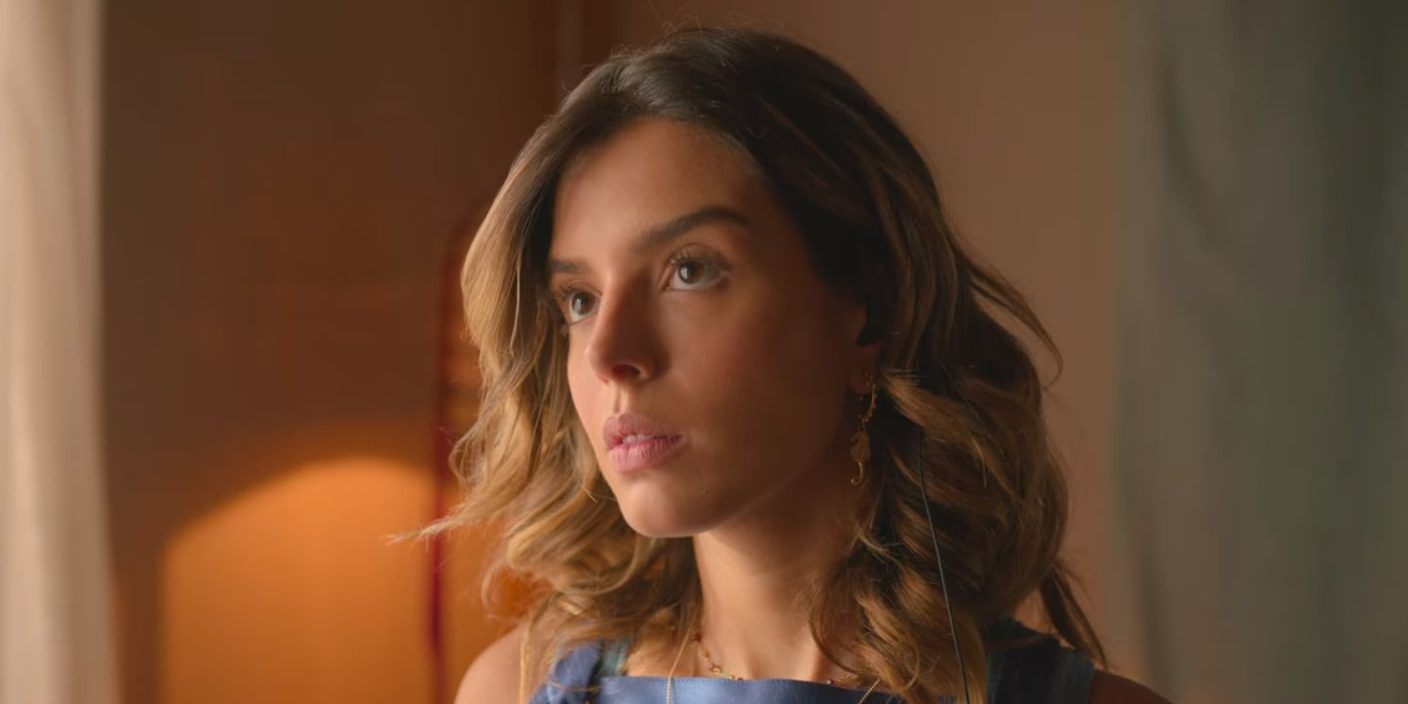 It is another season at the bohemian Maresia Hotel in the far-off Shell Island. Maresia and Vilma welcome the recruits on the morning after the party. Among the recruits is Miguel, the leader; Diego, the dreamer; Yasmin, the receptionist; Helena, the binge-watcher; Conrado the singer; and Marilia, the yoga instructor. Marilia is in an untagged relationship with Diego, who develops a fondness for Catarina.

Diego is haunted by the death of his brother Danilo, who drank too much and drowned in a pool while they were in school. To overcome his fears, Diego decides to be a lifeguard. When Marilia disapproves of the profession, Catarina becomes his guardian angel. Conrado’s overbearing parents ask him to leave with them on the second day, but the friends rescue Conrado from the boat taxi. In another development, Yasmin confesses to Maresia that she is his daughter.

Miguel and Conrado go to Rodrigo’s suite to sell him weed. Rodrigo’s father, Elias, discovers Rodrigo’s drug intake and plans to use the information to ruin the hotel’s reputation. He seeks to use the hotel premises to build a spa. On the other hand, Yasmin lands in trouble by posting politically charged statements. Vilma fires her, but Maresia wins his daughter’s trust and brings her back. Maresia christens Yasmin “the Big Rider,” forming an amicable relationship. City girl Yasmin cannot really swim, but Maresia gives her surfing lessons.

Conrado’s sexual orientation remains a question until he tries to kiss Miguel. However, Miguel becomes awkward – especially after his kiss with Yasmin. Meanwhile, Catarina struggles to let go of her vanity even after her mother’s troubles. When the friends plan to buy an AC selling an unclaimed phone, Catarina gets the duty to make the transaction. She feigns surviving a robbery, but she has bought an expensive bag with the money. However, after Yasmin almost calls her out, Catarina finds a way to get the money for the AC while keeping the goods, thanks to Rodrigo.

However, Yasmin spills Catarina’s secret to Helena at the month-end party, who tells the whole group. Meanwhile, the staff encounters other, more significant problems. Elias seeks to usurp the local villages, and when Maresia sides with the locals, a war looms large. Conrado leaves, taking the fall for Miguel’s dealing of acid to Rodrigo, but he comes back in the end. With some help from Catarina, Diego also overcomes his fears and passes both exams. However, he decides to pursue medical studies back at his home in Chile, asking Catarina to go with him. Catarina initially agrees, although she changes her mind upon visiting her mother.

Miguel sees Yasmin kissing Chai and has an anxiety attack. On top of it, a stranger attacks him and snatches away expensive medicines for his father, who has Parkinson’s. On the other hand, the binge-watching astrology-enthusiast Helena embarks upon a stint with Leo, her bully from fifth grade who used to call her “Free Willy.” Leo tries to coax her into moving to Hawaii with him, but Helena stays indecisive. While some struggle to let go of the past, some are crippled by promises of the future – but what does the present have in store for them?

It is evident firsthand that Catarina took the credit card. It is the same credit card that she tries to gift Diego, but Diego politely rejects it. When Ms. Paula enquires about her credit card, Catarina feigns a managerial role. Ms. Paula comes again at the end of the season, this time with the police. Looking at the tracker, she is convinced that her unauthorized credit card transaction took place on the hotel premises. 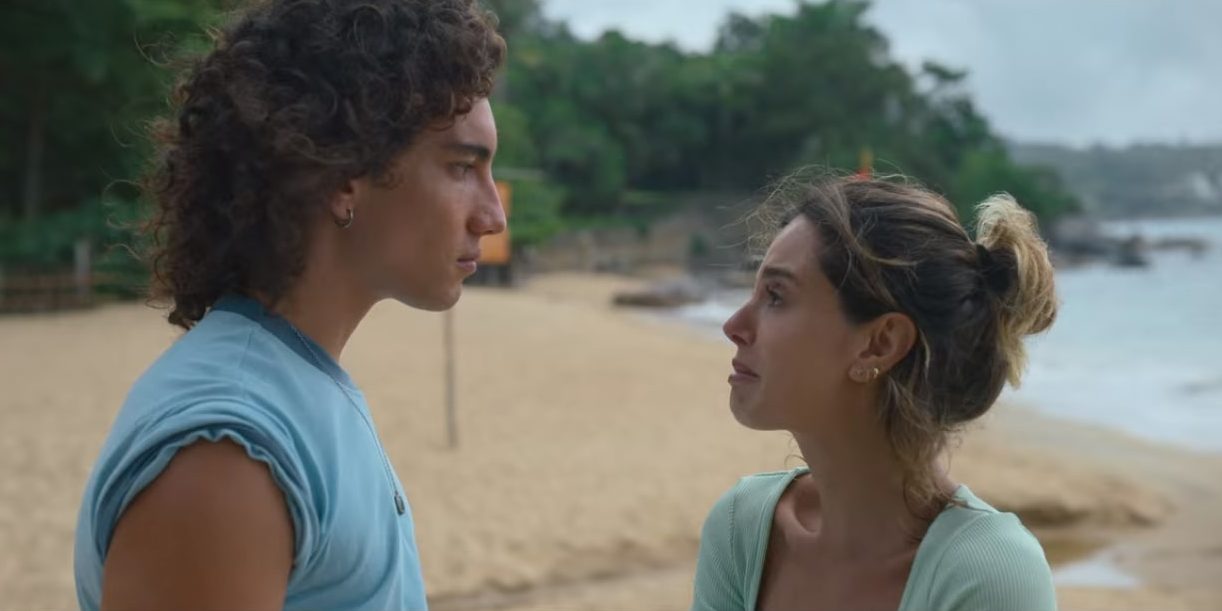 After some interrogation, the police seek to take away Maresia to jail, but in the nick of time, Catarina comes clean about her deed. As she confesses to the police, Catarina bought a slew of things with the credit card. She also sold all of it from her internet store. Credit cards cannot dispense money by themselves. And thus, Catarina’s actions come off as a clever way to convert credit card purchases into real currency.

It is not clear why she steals the card. When Diego asks her for a reason, she does not have a fitting reply. Is she a kleptomaniac? Is Catarina not over her embezzling stint even after the case with the phone? Does she steal the money to secure her MBA in Switzerland? None of these theories give us a plausible answer. However, it can be that she steals the money to pay her mother’s debt.

When Catarina goes to meet Cecilia at the prison, Cecilia suggests that the reason behind her fraud was to give Catarina a comfortable life. However, in Catarina’s situation, the confession should aggravate her rather than alleviate her sorrow. Somehow, she feels responsible for everything, including her mother’s sentence. After discovering the futility of material things, she may have decided that she would not be indebted to her money-minded mother. Therefore, she sells the goods bought with the card and takes the money to her lawyer.

What Happens To The Other Staff Members? Who All Stay In the Hotel?

Maresia’s inspiring words at the end of the season appropriately entail the metaphor of a boat. Maresia tells his youthful employees that the hotel is a boat rather than a destination. People come and go every season while making fond memories and taking a familial ambiance with them. As the hotel gig is the first job of most employees, the work environment helps them grow quite a lot within a concise duration. After an emotionally turbulent season, several employees stay at the hotel. 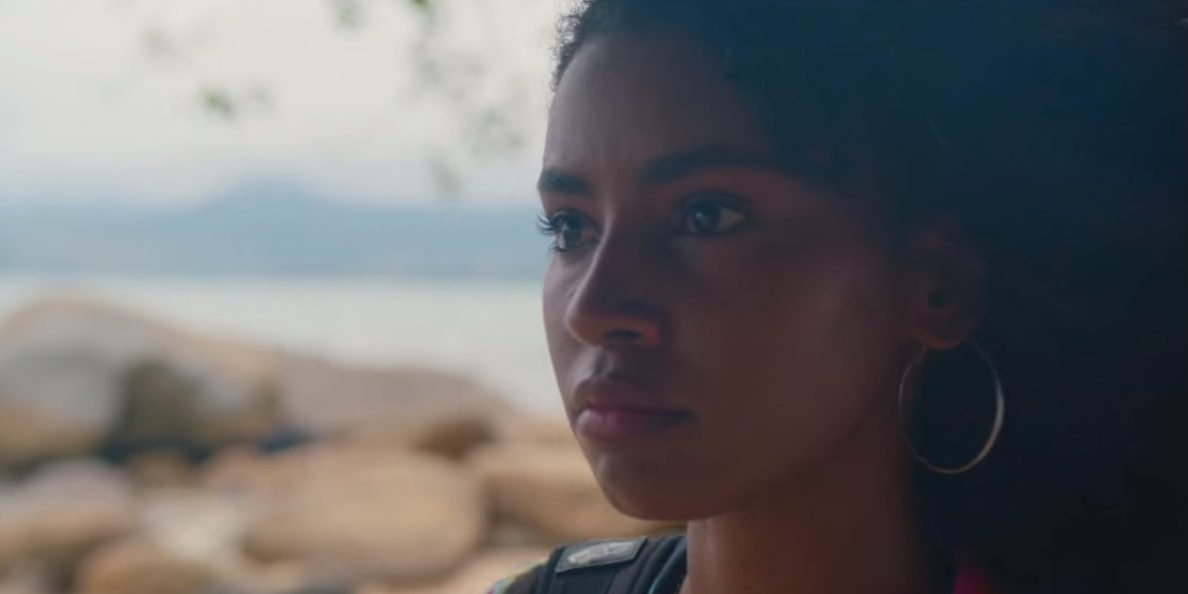 Miguel, a local, cannot leave his ailing father, and he gets back on duty. At the same time, Conrado also leaves his biological family to reunite with his family at the hotel. Marilia has to sell her yoga studio to fight her divorce case, but we can assume that she will stay at the Maresia Hotel for a while. It is not clear whether Helena leaves with Leo for Hawaii, but we guess that Helena also stays back to help Marilia. Catarina goes to prison among the departed, and Diego goes back to Chile to resume his medical studies. Yasmin also leaves for her mother and her hometown, but as Maresia accepts her into the family, we shall possibly hear from her again.

Read More: Do Diego And Catarina End Up Together In Summer Heat?