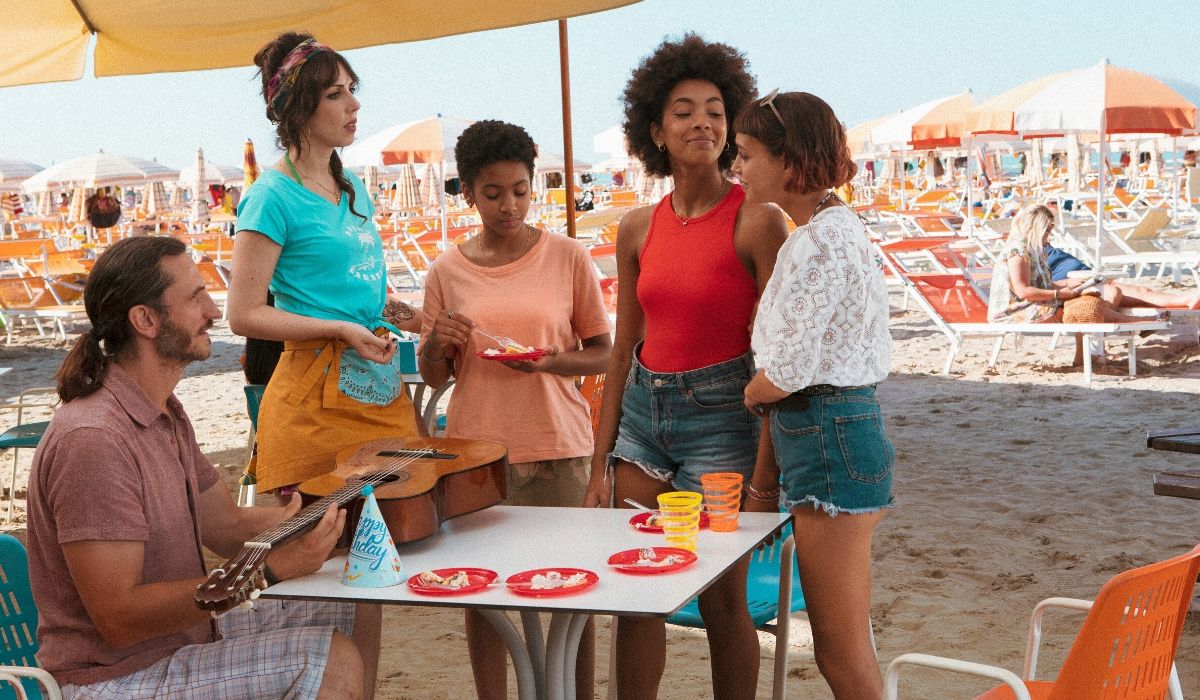 Netflix has been offering its viewers some rare hidden gems from all over the world that would otherwise go unnoticed. A significant chunk of these shows and movies are creations of Italian productions that not only walk you through the scenic landscapes of the “Bel Paese” but also allow you to immerse yourself in a whole new cinematic universe. The streaming giant’s new addition to its long list of Italian originals is ‘Summertime.’

‘Summertime’ follows the story of a young girl named Summer (Rebecca Coco Edogamhe), who is determined to make a difference in the world around her and not a tread a path similar to that of her parents. In order to do so, she decides to leave her hometown and embark on a cathartic journey. This is when she meets Alessandro, a former bike-racing champion. Despite all their differences, irrefutable chemistry sparks between the two and soon, they’re both drawn to one another a lot more than they would like to admit. With this, what started off as their individual journeys towards realizing their dreams, now leads to an unlikely bond that helps them deal with their troubled past.

If you’ve already watched the show and you were fascinated by its enchanting coastal landscapes, here’s everything you need to know about its filming locations.

Where is Summertime Filmed?

Marketed as a contemporary love story, Netflix’s ‘Summertime’ is set during the summer in the Adriatic coast, a water body that separates the Italian Peninsula from the Balkan peninsula. The principal photography of the show was initiated earlier in 2019 and it has been predominantly filmed in Rome, Italy.

Although much information regarding the show’s filming has not been revealed by its creators, its official IMDB page discloses that it was filmed in Rome. Netflix has been showing a lot of interest in local Italian productions since 2015 and the streaming giant also opened its very own headquarters in Rome. So it comes as no surprise that ‘Summertime’ is yet another Italian show among all the other shows that are set in the capital. Kelly Luegenbiehl, Vice President International Originals at Netflix for Europe, Middle East, and Africa, also commented on Netflix’s decision to start an office in Rome by saying that Netflix has a long term commitment with Italian productions and setting up its headquarters there just seems like a logical step towards all the upcoming creative endeavors that they have planned in the Italian Republic.

Also, Stefania Maggio, who was responsible for the set decorations of the series, posted several pictures from the sets of the show with the geotag “Los Feliz, Los Angeles.” Although we don’t have any confirmation on this, it is possible that ‘Summertime’ was partially filmed in Los Angeles. Check out the picture below:

One of the two directors of the series, Lorenzo Sportiello, also posted a picture on his Instagram with the entire cast of the show. You can check it out below: