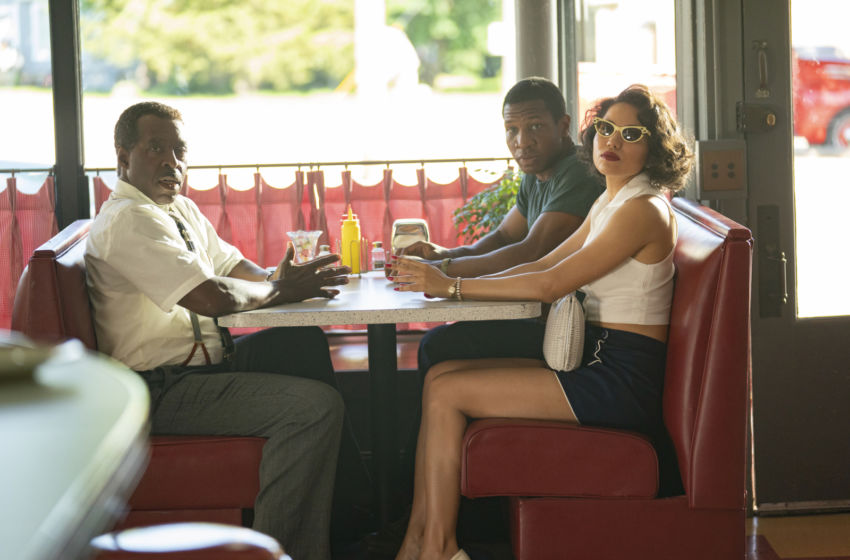 Horror in stories generally begins at sundown. Supernatural creatures more often than not come out in the cover of night and the characters who recklessly go out during this time are the ones that usually die first. This horror trope repeats in ‘Lovecraft Country’, where in the first episode itself, Atticus, George, and Letitia are cornered by some monsters that function under the cover of night. While the shoggoths are easier to drive away through flashlights and car headlights, it is the danger of crossing paths with racists that is more unnerving.

On their journey to Ardham, the trio crosses a town called Bideford, where a police officer confronts them minutes before sunset. He tells them that they are in “sundown county” and if they are not out of the county border before the sun sets, he will be forced to take action against them. This leads to a tense car ride where every second they spend in Devon County brings more danger to them. While in a horror story, things like “sundown towns” seem understandable, do these places exist in real life? What is a sundown town? Let’s find out.

What Is A Sundown Town?

A sundown town is a place where white communities have driven out African-Americans (people of color, in general) by imposing self-made laws, the breach of which often results in violent punishments. The most detailed discussion of such places can be found in James Loewen’s 2005 book, ‘Sundown Towns: A Hidden Dimension of American Racism’, in which there is a compilation of the towns with “sundown” history. Dominated by white communities, these towns functioned under the fear of the minority population and would use terror and violence to make them surrender their homes and flee elsewhere.

Being in a sundown town after sunset meant that black people opening themselves to all sorts of dangers, which could range from harassment to lynching, and often, death. The travel guides for African-Americans would account for such places where travelers would often go mysteriously missing, never to be seen again. If numbers are to be believed, there were around ten thousand sundown towns in America in the sixties, and they were not just limited to the South.

The North had its own share of racist territories, which would range from suburbs to entire counties. In the mid-50s, the need for such segregation arose further in racist communities after the segregation of schools was deemed unconstitutional. To stop this merger, they would label themselves sundown towns, and use all sorts of tricks to force the African-American population out of those places. The practice started to go away in the aftermath of the Civil Rights Movement, and the passing of several laws that prohibited racial discrimination.

While the show gives us the context of sundown towns from the perspective of black protagonists, the rule extended to other non-white communities as well. In his book, Loewen mentions several places that ran people of color out from their neighborhoods. For example, Gardnerville had a 6 p.m sundown policy for the Native American population. To warn the incoming travelers, these places would endorse their policy on billboards, claiming themselves as “whites only” towns or cautioning people of color not to let the sun go down on them in that particular town or neighborhood.

While it is dreadful to think about living under such an outrageous imposition, it is also interesting to see how ‘Lovecraft Country’ merges it in its storytelling. Like any protagonist in a horror story, Atticus, Letitia, and George are afraid of staying out in the dark, worried that they might fall in the trap of some monster. Only, in their story, the monsters are real people. We see a startling comparison of them running from racist police officers and running from many-eyed vampiric monsters, both ready to destroy them the first chance they get.

Executive producer Misha Green explained this as an integral element of the story. In an interview with THR, she said, “For me, being such a big horror fan and genre fan, that stuff is always the metaphor and the layer on top of the truth and the real thing we’re exploring. And as long as those things are connected, like the idea of sundown towns in the first episode, and then monsters, the idea that you can’t be out after dark being black, then those connections are the place tone sets in for me.”

No, sundown towns don’t exist anymore in America. But that is not to say that America is free of racism or for that matter, there aren’t towns and suburbs where racism is still alive and thriving. In fact, according to a study “The rural areas Northeast and South” are the most racist places to live in America. Keep in mind that discrimination based on race is illegal, so the racism that exists today is more implicit in nature. So while sundown towns may no longer exist, it is still some time before the sun finally goes down on all forms of racism.