12 Best Suriya Movies You Must See 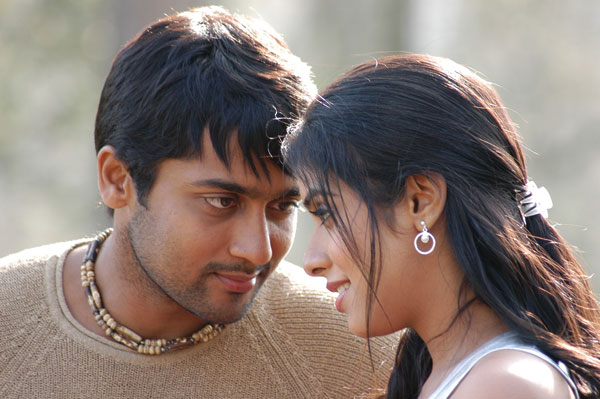 Born to star parents, it was only a matter of time before he himself became a star. And star he did become. Born as Sivakumar and rechristened Suriya by none other than Mani Ratnam, Suriya was destined to be a star. The path though was anything but easy, from being ridiculed for his height to suffering from a lack of confidence Suriya overcame it all and today is one of the most talented actors in world cinema. In 40 movies over a career spanning 2 decades, Suriya has enthralled everyone with numerous performances.

With that said, here is the list of top Surya films, carefully selected from his vast filmography. You can also stream some of these Suriya movies on Netflix or Amazon Prime.

After 4 unproductive years, Suriya announced himself with his subtle portrayal of a juvenile convict who wants a second chance at life and also yearns for his mother’s love. Even while sharing screen space with a stalwart like Rajkiran, Suriya holds his own and this made everyone take notice of the actor that Suriya was. Bala’s realistic portrayal of a convict’s struggles coupled with Suriya’s terrific acting gives us a film that will be etched in our memories for a long time.

Bala once again brings out the actor in Suriya in ‘Pitamagan’. Till then Suriya had always been accused of not being natural in front of the camera, but in ‘Pitamagan’ we see a Suriya who has broken all shackles and acts like no one is watching. You know you can act well if people notice you even when you are sharing screen space with none other than Vikram, and that is exactly what Suriya does. Deservedly Suriya won his first Filmfare award for this movie.

Time travel movies are a rarity in Tamil Cinema, equally rare is the same person playing three characters in a movie. ‘24’ is the beautiful amalgamation of these 2 rarities with Suriya playing a charming watch mechanic, a wacky scientist and a menacing villain with equal ease. Suriya single headedly carries this movie on his broad shoulders with the performance of a lifetime.

Ace director A.R Murugadoss teams up with Suriya to bring us the forgotten story of an Indian saint named Bodhidharma who is credited with bringing Kung fu to China. Playing dual roles Suriya with his majestic looks perfectly fits the bill of a Prince turned Saint and at the same time his boyish charm gives life to Aravindh, a happy go lucky circus artist. Watch it because this is a story that everyone should know.

The beginning of Director Gautham Vasudev Menon’s cop trilogy has Suriya playing an honest cop with great conviction. As part of a special team of encounter specialists, Suriya shoots down the head of a notorious gang. Now his brother is out for vengeance. Who comes out on top forms the rest of the story. With strong female characters and crisp dialogues, this is one of the better cop dramas in Kollywood.

The title literally means ‘Someone with beauty in their name’. Quite ironic for a movie which has Suriya in dual characters with one of them playing a hunchback. ‘Perazhagan’ is refreshing in the way it treats the character with the hunch. Masking his deformity great with the hunch never feels like a deformity but in fact, leads to some very funny scenes. At the same time, Suriya as the college student is Swag personified. With a beautiful message, this movie will surely leave a smile on your face.

Even I didn’t know Suriya has played dual roles in so many movies before writing this article. Suriya teams up with Gautam Vasudev Menon to bring us a Father-Son story which has Suriya going through the ups and downs of life and how his father (also played by Suriya) guides him. Said to be inspired by the director’s own relationship with his father the movie has Suriya playing a scrawny teenager, A college student, A drug addict and finally an Army Officer. Talk about variations in a single movie! ‘Vaaranam Aayiram ’is truly a feather in Suriya’s cap.

Suriya plays Gautham, an angry young man with no interest towards love and breaks away from the happy go lucky characters he had been playing till then. This love story is a case of mistaken identities with a climax that is refreshing even by today’s standards. Although not perfect, a brooding Suriya and an evergreen soundtrack smother over the little flaws the film has.

‘Aaytha Ezhutu ’ refers to the last letter of the Tamil alphabet which consists of 3 dots. These three dots symbolize the three main characters around which the story revolves.Mani Ratnam manages to put together an ensemble cast consisting of Suriya, Madhavan, and Sidharth among others. Suriya plays the leader of a youth organization which wants to enter politics. The obstacles he faces and how Sidharth and Madhavan get involved forms the crux of the story. Suriya lets his eyes do most of the talking and makes us go weak on our feet.

Hitherto known for playing closer to life and realistic characters, ‘Ayan’ helped Suriya come out of the stereotype and established himself as a commercial star. Playing a suave conman with a not so suave dialect we just can’t take our eyes off Suriya whenever he is on screen and the slick screenplay makes sure our eyes are glued to the screen even if he is not on screen. Chartbuster songs, a thrilling cat and mouse game make ‘Ayan’ a complete package and one of Suriya’s highest grosser.

Suriya’s transformation as a commercial hero was complete when he starred in this Cop flick directed by Hari. Playing the titular role Suriya is a bundle of energy throughout the film and is the heart and soul of the movie. Hari manages to tell the struggles an honest cop faces while trying to get rid of thugs in the city. What looks like a dated story is brought to life by Suriya’s performance and Hari’s bullet train of a screenplay.

A remake of Christopher Nolan’s Neo noir Psychological thriller ‘Memento’ directed by A.R Murugadoss, ’Ghajini’ has Suriya playing a man suffering from anterograde amnesia who uses photos and tattoos to somehow find the men responsible for the death of his girlfriend. Sporting a buff look with a bald hairstyle Suriya has our sympathies as a confused patient and at the same time looks suave and sophisticated while playing a businessman. Unlike ‘Memento’ this film has a linear screenplay but Suriya’s performance never lets us take our eyes off the screen.