Where Are Susan and Christopher Edwards Now? 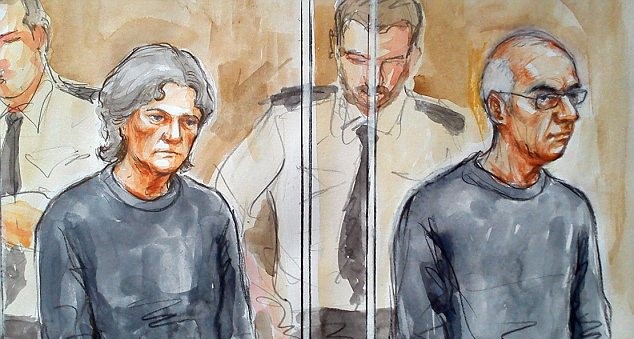 ‘Landscapers,’ Ed Sinclair’s true-crime miniseries for HBO, has reignited people’s interest in the shocking 1998 murder of Patricia and William Wycherley that took place in the sleepy outskirts of the town of Mansfield. In the show, Olivia Colman and David Thewlis so brilliantly portray Susan and Christopher Edwards — the British couple at the crux of the crime — that fans have begun to again think about the real-life mild-mannered duo, visualizing them in a wholly new light.

The couple’s murder conviction in 2014 shocked not only the residents of Mansfield but also people around the world, who found it difficult to imagine such reserved individuals carrying out and covering up a horrifyingly cold-blooded killing. The story of the Edwardses is simultaneously saddening and harrowing, and it is but natural to wonder where they are now. We’ve got the answers you need.

Who Are Susan and Christopher Edwards?

Susan Edwards, a former librarian, and Christopher Edwards, a bookkeeper, are a British couple who were convicted, in 2014, of murdering Susan’s parents, Patricia and William Wycherley, aged 63 and 85. The Edwardses, who got married in 1983 after meeting through a dating agency, shot the Wycherleys during the May Day Bank Holiday weekend of 1998 and buried their bodies in the back garden of their home in Mansfield, Nottinghamshire.

Police investigation revealed that the Edwards had been forging the Wycherleys’ signatures and living off their pension for 15 years. They even sent holiday cards and letters to their relatives to make it seem like the Wycherleys were alive and well. Reports estimate that the couple stole around £285,286 from Susan’s murdered parents. They spent most of the money on Hollywood memorabilia, such as Gary Cooper souvenirs and a table card with Frank Sinatra’s autograph.

Susan and Christopher stayed in Dagenham, East London, until the Department for Work and Pensions asked to meet William for his 100th birthday in 2012. The couple then fled to Lille in France and effectively became broke as they could not access their stolen funds. Eventually, Christopher called his stepmother, Elizabeth, in desperation, to ask for cash. He ended up confessing to her that he had buried the bodies of his in-laws. Elizabeth promptly called the cops.

The Edwards ultimately decided to turn themselves over to the police, determined to tell their side of the story. When they arrived at the St Pancras Eurostar terminal in 2013, they were immediately taken into custody. However, the couple claimed that Patricia had shot William first and then goaded Susan into shooting her by claiming that she had an affair with Christopher.

Susan also told the court that her father had sexually abused her as a child and that her mother claimed that she had been aware of it. Thus, Susan admitted to manslaughter but not to murder. The Nottingham Crown Court, however, ruled that the Edwards were guilty of a double murder and that it was Christopher who had fired the fatal shots; he was a member of a gun club and forensic analysts revealed that the Wycherleys had very calculatedly been shot at.

Where Are Susan and Christopher Edwards Now?

Susan and Christopher Edwards returned to England in 2013 to face the authorities and were convicted of double murder in 2014. They received a sentence of a minimum of 25 years each. However, they continued to insist that they were innocent, sticking to their original story of how Patricia provoked Susan into shooting her.

In 2015, Susan launched an appeal against the duration of her sentence, emphasizing that the court did not fully take into consideration her childhood abuse at the hands of her father. However, Susan lost the appeal. Lady Justice Rafferty, one of the judges who oversaw her appeal, stated, “She [Susan] did so [commit the murders] having reminded herself that 15 years had elapsed since this young woman had left home, before she returned and murdered the people [William and Patricia] she said she hated.”

“She [Susan] also reminded herself of the cynical and determined exploitation of the ill-gotten gains, consequent to the murders, which the appellant had enjoyed over years and in more than one jurisdiction.”

Susan’s lawyer, David Howker QC, opined, “She [Susan] had no-one in her life but her husband [Christopher] and she will therefore serve this prison sentence without any prospect of a visit from anybody. He then added, “She will serve it [the sentence] knowing that, whatever the rights and wrongs of her husband’s involvement, she feels completely responsible for him becoming involved and feels she has destroyed the rest of his life.”

Thus, Susan, 63, and Christopher, 64, are still in prison and will continue to be there for the rest of their natural life. It is unlikely that the two will ever see each other again. In fact, Howker stated, “The imposition of this minimum term will probably result in her [Susan] dying in prison.”

Read More: Why Did Susan and Christopher Edwards Kill Patricia and William Wycherley?