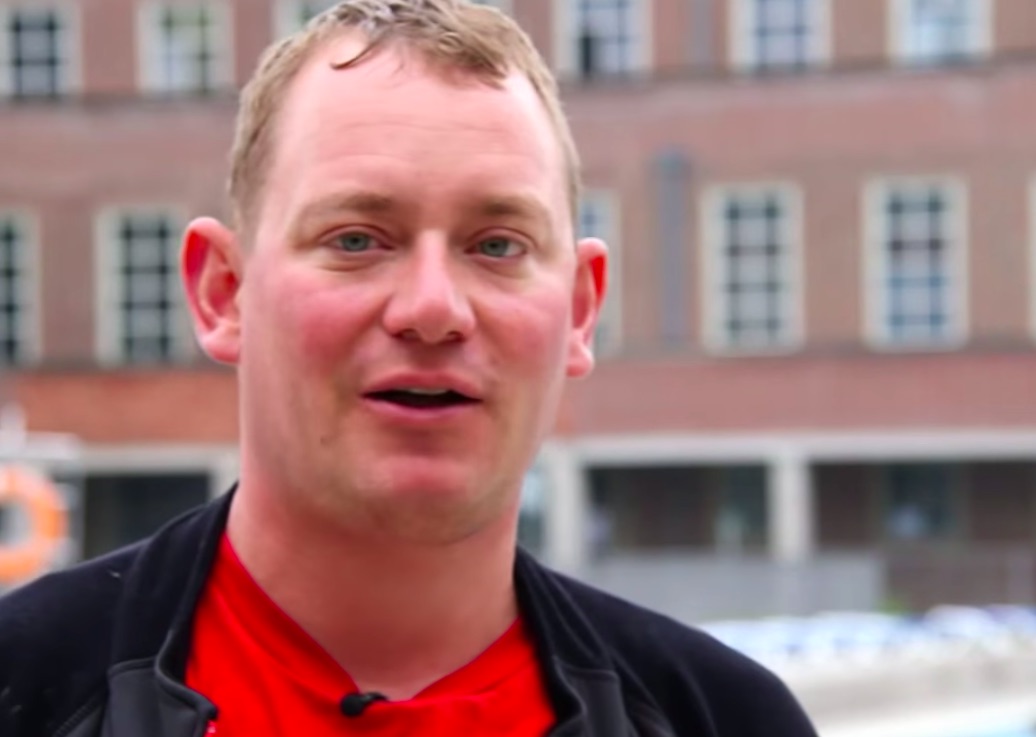 Netflix’s ‘The Swimmers’ follows the story of two sisters who survive all odds to make the journey from war-torn Syria to Germany. Both of them are excellent swimmers, something that saves their life, as well as that of eighteen other people while crossing the ocean on a dingy that was certain to drown. Once in Germany, the girls don’t waste any time getting back to swimming, however, they are severely out of practice. This is where Sven Spannekrebs comes in.

He sees the potential in the girls and decides to train them to be better. He also tries to make things better for them by arranging a place for them to live where they can rest and be prepared for their training sessions. Training under him eventually leads Yusra Mardini to live her dream of competing at the Rio Olympics. The film leaves us at the 2016 Olympics, revealing nothing about what happened to Sven Spannekrebs after that. If you are curious about what he is up to now, then here’s what you should know about him.

Where is Sven Spannekrebs Now?

Sven Spannekrebs lives in Berlin, Germany. Currently, he is a part of the Special Olympics World Games Berlin 2023 team and is listed as the PR Manager – Stakeholder Communication. Prior to this, he’d served as a coach and manager at Wasserfreunde Spandau 04 E.V and continues to remain a member of the club. This is also where he trained Yusra Mardini till September 2018. He has also served as a team leader for the FINA Independent Athletes of the Refugee Olympic Team at the 2019 World Swimming Championships. Spannekrebs is also a board member of the Berlin Sports Youth, which is a part of the Berlin Sports Federation. In 2022, he also became a part of the project which worked towards “integrating refugees into the primary labor market to tackle the shortage of skilled staff in swimming” in Germany.

Spannekrebs learned swimming at a very young and had already started teaching it at the age of fourteen. As a young man, he also trained with the Spandau team, which later housed Yusra Mardini. Ever since he took Mardini under his wing, he has turned his focus more from “high-performance sport” to “the area of sport development”. He has also become invested in humanitarian aid and has done a lot of work toward initiating interest in swimming and other sports in refugees.

While he has come under the spotlight ever since he and Mardini appeared side by side at Rio Olympics, Spannekrebs has kept his personal life away from the media. Talking about the Mardini sisters, he said that their unbeatable spirit and resilience amazed him. “It was clear these two sisters had trained seriously. Their technique was good,” he recalled while talking to Vogue. “Her [Yusra’s] progress was fast. She did everything I asked: wake up at 6:00 a.m. to go to the pool. Classes. Gym. Back in the pool.” However, he admits, he never expected they would go to Rio.

Saying that he “just wanted to make their lives easier”, Spannekrebs helped the Mardini sisters get the paperwork necessary to live in Germany. Apart from their trainer, he also somewhat assumed the role of a guardian and regarded them as his younger sisters. Despite not serving as Yusra’s coach and manager anymore, he has remained in touch with her and Sara.

He was also associated with the film, though in a minor but interesting way. Actress Nathalie Issa, who portrays Yusra in ‘The Swimmers’ was not really a swimmer when she took on the role. She received rigorous training from swimming coaches and happened to receive her very first swim lessons from Spannekrebs. He was all praises for the on-screen Yusra and has also been a vocal supporter of the real-life Yusra as well as Sara. He calls them a part of his inner circle and believes that “the best times are still ahead of us”.

Read More: Did Yusra Mardini Win a Medal at the Rio Olympics?