What Are the Names of Sweet Home Sextuplets? Where Are They Now? 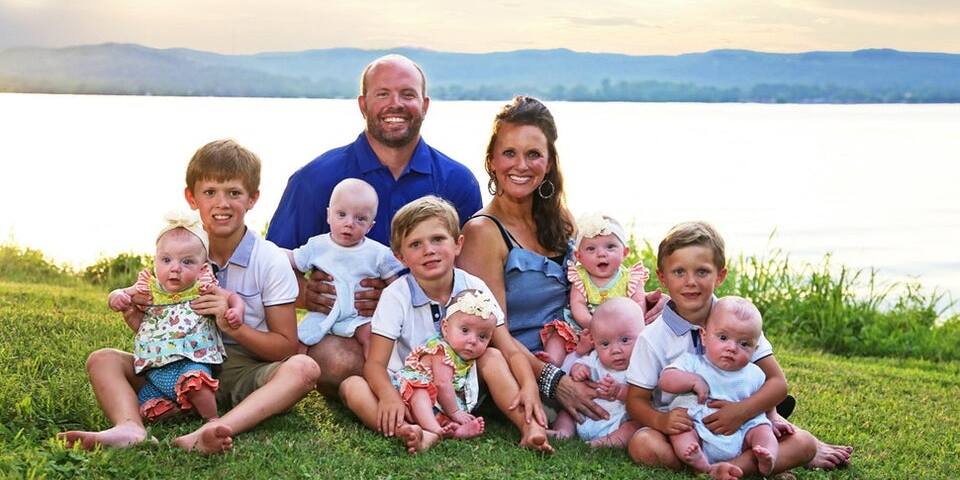 On December 11, 2017, the lives of Eric and Courtney Waldrop changed forever as they welcomed fraternal sextuplets to their family, which already comprise of three sons. The middle school sweethearts turned husband and wife became a household name in September 2018, when they got their own show, TLC’s ‘Sweet Home Sextuplets,’ a show that documents the ups and downs in the daily lives of the family of eleven. Since the premiere, the viewers have become obsessed with the cute shenanigans of the sextuplets and are always eager to gather updates revolving around the six little miracles. Well, here’s everything you need to know about the Waldrop sextuplets!

Proud parents of nine, Eric and Courtney Waldrop, refer to their kids as the “divine nine.” The Alabama-based pair wanted unique names for their six little angels, who are a constant source of joy and happiness in their lives. So, they settled with Layke Bryars, Blu Wellington, and Tag Bricker for the three boys, and for the girls, who comprise the second half of the sextuplet, the couple went with Rivers McCall, Rayne McCoy, and Rawlings McClaine.

Before the birth of the fraternal sextuplets, the couple already had three sons, the oldest Saylor, and twins – Wells and Bridge. Born in December 2008, Eric and Courtney’s first-born Saylor Waldrop is the eldest kid in the family and takes care of his siblings in the absence of their parents.

The twins – Wells and Bridge Caldrop – were born in January 2012. Here’s a picture Courtney shared on her Instagram, a day before their eighth birthday.

Talking about how well the elder siblings have adjusted to the entry of the sextuplets, Courtney said in a confessional, “I think our three boys will do really good. They’ve adjusted well and are really not acting like it’s bothered them whatsoever.”

Where Are the Waldrop Sextuplets Now?

The kids Blu, Layke, Rawlings, Rayne, Rivers, Tag, and their elder siblings Saylor, Wells, and Bridge are enjoying the summer in Alabama with their parents Courtney and Eric Waldrop.

The elder ones Saylor, Wells, and Bridge are in school, while the sextuplets turned two-years-old in September 2019. As all the nine kids have birthdays within a month of each other, the Waldrops decided to have a joint birthday celebration in January 2020. Here’s a picture of the family from the epic birthday party.

When their father is home, the kids spend most of their time learning new things. The tiny tots lend a helping hand to their father in washing the car, while the elder siblings embark upon fishing trips with their father.

For Easter 2020, the sextuplets enjoyed the egg-hunting session from morning till dawn. Here’s a beautiful picture shared by Courtney, wherein the elder siblings are seen helping the younger ones in finding the eggs.

Mama Waldrop also announced on her Instagram that she has recently discovered that the sextuplets are obsessed with mud and dirt and she often finds them wallowing in the puddles in their backyard. By looking at the pictures below, you can make sure who is the naughtiest one – Tag Waldrop, of course!

As the sextuplets have entered the development stage of the terrible twos, they often bounce between reliance on their parents and a newly burgeoning desire for independence, but Eric and Courtney can manage it well since they already have experienced it before with their three elder sons. Since the birth of the sextuplets, Courtney has left her job as a teacher and is now focused on raising her babies, while Eric runs a landscape design and maintenance company, along with his business partner. Courtney also runs an online jewelry store that deals with beaded bracelets, earrings, etc.

Read More: How Old Are Busby Quints? What Are Their Names?