Sweet Life Los Angeles: Where is the Cast Now? 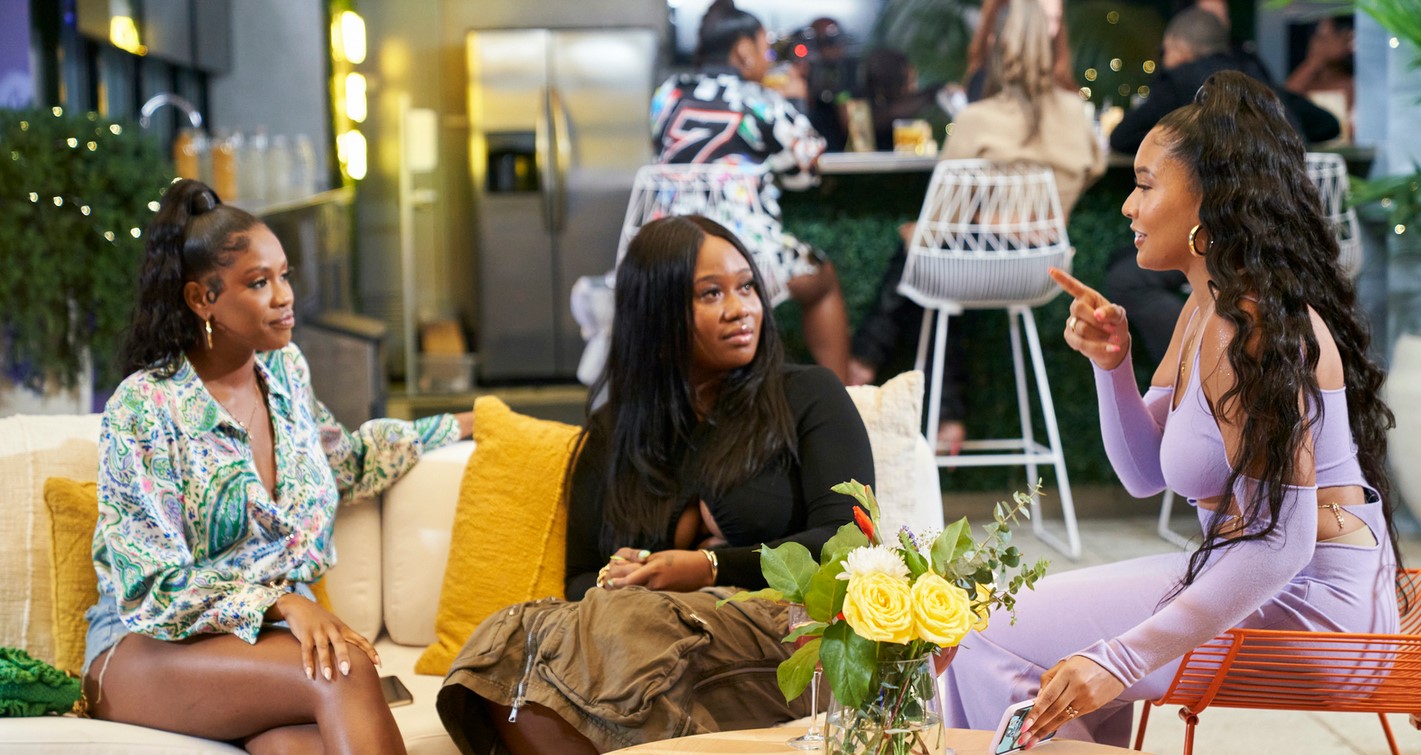 HBO Max’s ‘Sweet Life: Los Angeles’ is an exciting reality show that opens a window into the lives of a group of black young adults navigating their way through life. While most cast members are Los Angeles natives, we get to witness them juggle their professional and personal commitments while also dealing with regular young-adult issues like failed romance and broken friendships, among others. Besides, the show also introduced an angle of race as each cast member strives toward achieving black excellence. However, with both seasons now behind us and cameras turned away, fans are intrigued to find out where the cast is at present. Well, fret not because we come bearing answers!

Where Is Briana Jones Now?

Briana Jones has had an interesting run on ‘Sweet Life: Los Angeles’ starting from her relationship with P’Jae, where most believed that they had feelings for each other, to her rivalry with fellow cast member, Myami. Moreover, season 2 of the show also documented the reality star launching her own line of skincare products. At present, Briana resides in Los Angeles, where she works as a healthcare professional and also manages her successful skincare line, Buttrd By Bri. Besides, she seems single from the looks of it but maintains a friendly relationship with the other cast members.

Where Is Amanda Scott Now?

While on the show, Amanda won a lot of hearts as Robert’s supportive partner, and she even has a charming personality that appeals to fans. The reality star currently resides in Los Angeles and runs her luxury beauty line, The Kollection, alongside her friend Kinny. Additionally, she also works as a regional communications consultant for Wells Fargo and according to reports, has dreams of opening a PR agency to promote black businesses. Besides, Fans would also be pleased to know that Amanda and Robert are currently together and still going strong.

Where Is Cheryl Des Vignes Now?

A fan-favorite cast member on ‘Sweet Life: Los Angeles,’ Cheryl Des Vignes is a Los Angeles native who still resides in her hometown and holds the position of an associate designer at GUESS?, Inc. In addition to that, Cheryl is a well-known fashion designer with an incredible track record as she even runs her own fashion label, Des Vignes Clothing, through which she sells sustainable handmade apparel for women. Besides, we are happy to report that Cheryl is now engaged to cast member Jerrold Smith II, and the two are busy planning their marriage.

Where Is Rebecca Magett Now?

Although Rebecca was linked with Jordan Bentley and P’Jae Compton while on the show, none of the connections worked out as the reality star appears to be currently single. She still resides in Los Angeles and enjoys a life surrounded by her friends and loved ones while operating her health and wellness product line, Good For You.

Where Is Myami Woods Now?

Interestingly, Myami got quite popular in ‘Sweet Life: Los Angeles’ since a lot of the drama revolved around her. However, as the season progressed, she appeared to build bridges and even buried the hatchet with a few other cast members. At present, the reality star resides in Los Angles, and although current developments point toward her being single, Myami is entirely focused on her career and runs her own brand, Glisten Guru, which focuses primarily on dental products.

Where Is Tylynn Burns Now?

Interestingly, Tylynn always came across as someone with a strong personality who never hesitated to speak her mind. Naturally, such a characteristic led to altercations with several other cast members, although Tylynn was quick to reach out and mend connections. At present, the reality star resides in Los Angeles and runs her own event management agency, House Party Creative. Moreover, she is also employed by the advertising firm Wieden + Kennedy as a recruiter. Last but definitely not least, Tylynn is in a happy relationship with Jaylenn Hart and is involved in his Champion English Bulldog breeding company, Hart&Bulls.

Where Is Candiss Cree Now?

A resident of Los Angeles, Candiss came across as a friendly and down-to-earth individual. She still maintains a close bond with most of her castmates and has been enjoying a life surrounded by family and friends. Besides, the UCLA graduate is in a happy relationship with Keilan Horton and is wholly focused on running her own fashion brand, Cree, as well as a second finance-related business.

Where Is Jerrold Smith II Now?

Interestingly, ‘Sweet Life: Los Angeles’ wasn’t Jerrold’s first foray into the television industry, as he previously appeared as a contestant on Netflix’s ‘The Floor Is Lava.’ Nevertheless, the UCLA graduate now resides in Los Angeles and works as a brand partnership manager with Westbrook while also hosting the popular podcast, Basketball Adjacent on the side. Besides, the reality star got engaged to his longtime girlfriend, Cheryl Des Vignes, in June 2022, and the two even run a YouTube channel to keep fans updated about their daily lives.

Where Is Jordan Bentley Now?

Interestingly, Jordan’s love and passion for anime and pop culture led him to establish his brand, Hypland, when he was just a teenager. At present, the Los Angeles resident has taken Hypland to further heights as the company deals in manga and anime-inspired outfits. Moreover, Jordan and his company’s popularity has helped him bag exclusive deals with popular anime titles and also allowed him to organize a massive anime expo that goes by the name of Hypland Fest.

Where Is P’Jae Compton Now?

Interestingly, P’Jae and Briana’s seemingly failed relationship gave way to all kinds of drama and even turned a few of the cast members against him. However, the reality star has since apologized for his behavior and tried to leave the past behind. Nevertheless, P’Jae currently resides in Los Angeles, and although he seems to be currently single, the ‘Sweet Life: Los Angeles’ star owns a record label named Lost Sound, as well as a clothing store, which goes by the name of His & Hers.

Where Is Robert Lee Now?

While on the show, Robert came clean to his girlfriend, Amanda, and mentioned that he wanted to leave his regular job since P’Jae had given him an opportunity to make it big as a comedian. Although the decision seemed risky at that point, fans would be delighted to know that Robert followed his dreams and never strayed from the commitment. At present, the Los Angeles resident is quite popular in the comedy circuit and has even collaborated with some big names in the industry. Moreover, he and Amanda are still going strong and appear thrilled to be with each other.

Where Is Jaylenn Hart Now?

Although Jaylenn was initially introduced as Tylynn’s boyfriend, he soon won fans over with his charming personality and honest approach. Moreover, the reality star even got into a physical altercation with P’Jae in season 2, although the two managed to talk it out afterward. Nevertheless, Jaylenn currently resides in Los Angeles and runs a dog breeding service, Hart&Bulls, which specializes in Champion English Bulldogs. Additionally, he is still in a happy relationship with Tylynn, and the two are looking forward to a wonderful future.

Where Is Keilan Horton Now?

A native of Los Angeles, California, Keilan still resides in his hometown and is in a happy relationship with Candis Cree. Interestingly, he and Candis are also partners in business as they function as brokers in Candis’ finance-related company and operate under the same team. Besides, from the looks of it, Keilan has built up a life surrounded by loved ones, and we wish him the very best for the years to come.