Where to Stream Switched? 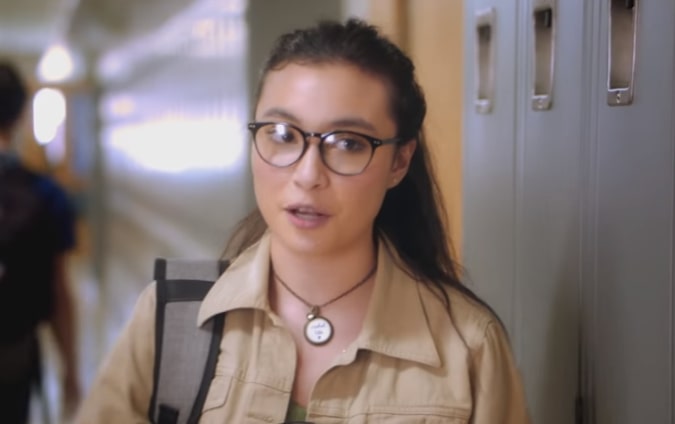 Body switch movies have almost formed a separate sub-genre within comedy films, as we see how people might lead their lives if they had to swap places with someone. There’s a famous saying that you never know what a person goes through until you walk a mile in their shoes. ‘Switched’ follows the exact premise when a girl who’s tired of being bullied wants to exchange places with the queen bee. Her wish comes true, but it is not quite what she envisioned. Curious to know where to stream the movie? We have got you covered, right after telling you a bit more about it.

What is Switched About?

Cassandra Evans is regularly bullied, and she has had enough of it. Evans wants to put her bully in place. She wishes that Katie Sharp, the queen bee of social media, might know what a day in the life is like for Cassandra. Usually, it is tough to let other people know how you feel or what you’re going through. In Cassandra’s case, her wish comes wonderfully true when she and Katie switch lives. Or perhaps, Cassandra realizes sometime later that one must be careful what they wish for. Like most body-switch stories, the movie is a tale of how the characters reach a compromise and mutual ground when they come around to understanding the other person’s perspective.

Is Switched on Netflix?

Netflix has set itself apart as the preferred streaming platform among all viewers. Its roster of content is filled with diverse films and shows. ‘Switched’ is not on Netflix, but you should check out ‘A Knight’s Tale.’ It’s not a body-swap movie, but a person does get knocked into another individual’s life. William is a peasant who apprentices for a Knight. When the latter dies in the middle of the tournament, William assumes his identity and wins. It changes his life when everyone starts believing that he’s the knight.

Is Switched on Hulu?

Hulu has the edge over competitors due to the wide variety of movies that the site maintains in its library. ‘Switched’ might not be on Hulu, but the platform’s comedic content can still satiate you. Check out ‘City Slickers,’ which is also a tale of humorous readjustment. When businessmen from New York sign up for a Wild West vacation, it is more than they bargained for.

Is Switched on Amazon Prime?

Amazon Prime can cater to global viewers due to the incredibly diverse content on the platform. ‘Switched’ is not available for Prime subscribers as is, but you can rent or buy, and stream it on the site. Check it out here.

Where to Watch Switched Online?

If you don’t have an Amazon Prime subscription, you can check out ‘Switched’ on Google Play, YouTube, Microsoft Store, iTunes, or Vudu. Of course, in all these cases, you have to rent or buy and watch the movie.

Where to Stream Switched For Free?

Sorry, but you cannot watch ‘Switched’ for free. You have to wait until it arrives on a platform with a trial period. However, we urge readers to pay for the art they consume.