Tales From The Loop Episode 1 Review: A Must See Sci-Fi Show 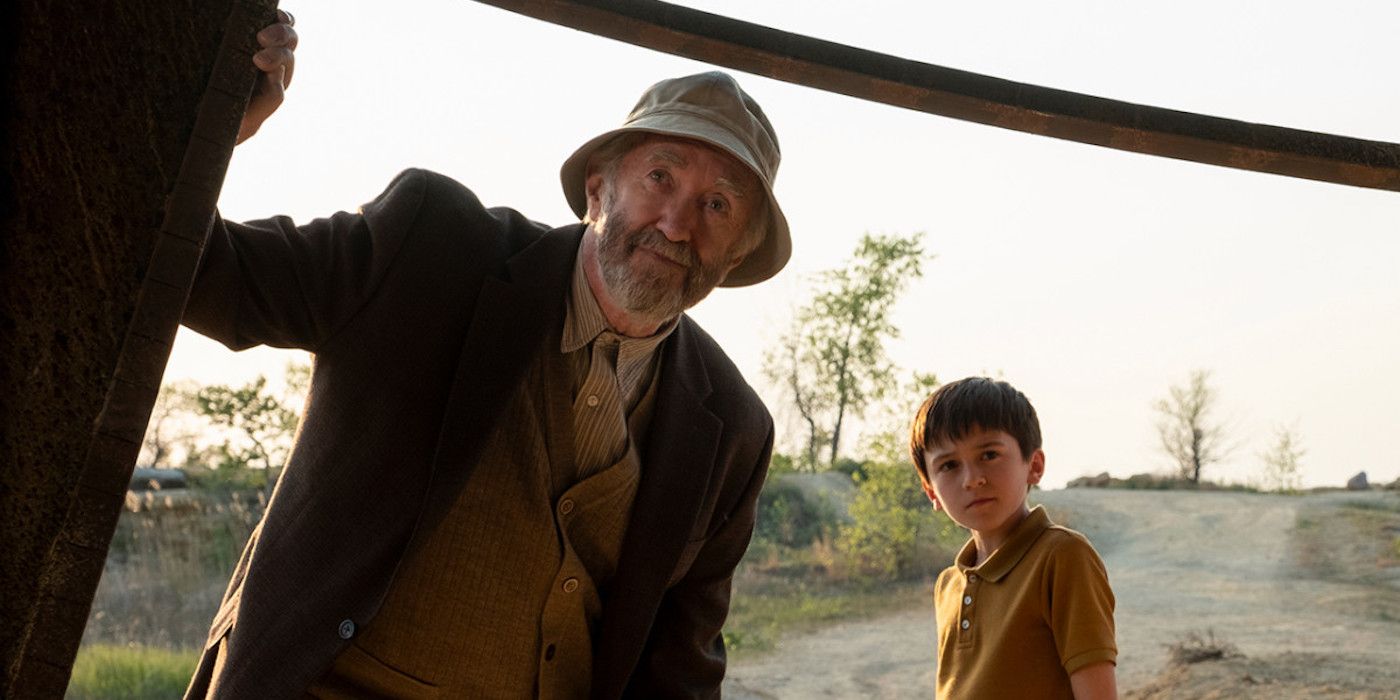 Amazon’s ‘Tales From The Loop’ is a small-town science fiction mystery series that banks on slow-burn and imagery as opposed to a grandiose, epic style narrative. The fact that the show is based on an art book by Simon Stålenhag not only makes it quintessential for the on-screen adaptation to adopt such a tone for authentic representation, but it also provides enough fodder for a visual materialization of the ambient narrative.

Apart from that, ‘Tales From The Loop’ makes use of an anthological format, lending more distinctiveness to the patiently crafted story. Veteran actor Jonathan Pryce plays a pivotal character who also serves as a fourth-wall-breaking narrator.

‘Tales From The Loop’ feels like a successfully executed combination of ‘Stranger Things’ and ‘Black Mirror.’ The tone of ‘Tales From the Loop’ matches that of the former Netflix show while its premise and format are similar to the latter. However, those similarities get washed away when it is revealed that Loretta and Cole’s mother are the same people.

The Amazon original meditatively depicts its character and slow-burn plot. The pacing might feel extremely uncharacteristic of the science fiction genre, but for ‘Tales From The Loop,’ it is more than apt. The first episode manages to build enough intrigue to hook viewers for the entire season, and its anthology format would certainly aid its appeal. Judging from the first episode, ‘Tales From The Loop’ seems poised to reign as one of the better science-fiction series airing currently.

While the writing makes the episode memorable, it is the cinematography that stands out before the narrative reveals its grip. The small-town atmosphere is captured eloquently along with the snowy, cold weather. The depiction of winter is so on-point that it might make viewers actually feel cold. Apart from that, the calm portrayal of the mysterious sci-fi elements of the show (like the house in the woods and the robotic machines) allows one to breathe in the speculative reality without it feeling overbearing.

Lastly, the casting and acting turn out to be perfectly executed as well. The performance of the child actors, Abby Rider Fortson and Duncan Joiner turn out to be especially compelling. If the two have a major role in the series, they might end up rising to significant prominence like newly-discovered young actors often do. To summarise, ‘Tales From The Loop’ is yet another show that ought to be included in everyone’s to-watch list.