Tamara Day: Everything You Must Know About Bargain Mansions Host 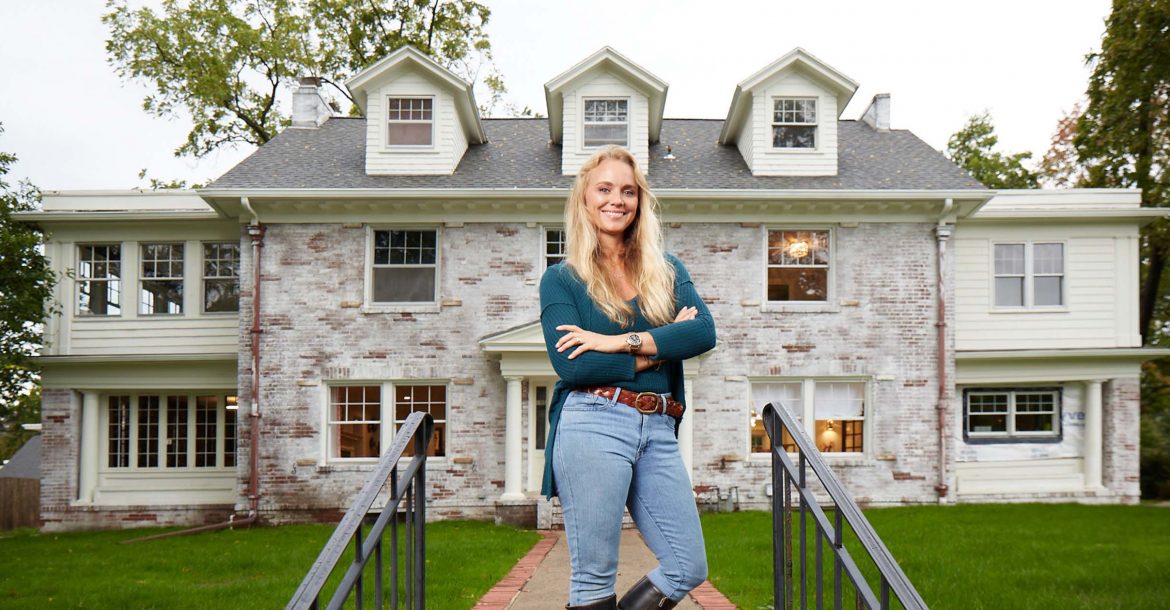 A creative person since she was a little girl, it is no shock that Tamara Day went on to become the host of DIY Network’s ‘Bargain Mansions,’ where she renovated the biggest and most neglected houses for our viewing pleasure. Born and raised in Kansas City, Missouri, Tamara learned how to decorate and renovate from experience. When she used to help her father, Ward Schraeder, maintain their farm growing up, Tamara gained a lot of knowledge about how to do things herself and has made use of it by turning her creativeness and experience into a career.

Tamara Day is not only successful in her endeavors to restore old houses, but she’s also a television personality with her own show. And you might be wondering who she is or how exactly she earns her money; well read on to find out.

Tamara is a married woman and a mom of four kids. She met her husband, Bill Day, in 1998 in Bartle Hall, Kansas City, where they were both managing stalls that were right next to each other. Six Months after they initially met, they went on a date, and not even two years after that, in November of 2000, they tied the knot.

Tamara’s husband, Bill Day, is a financial analyst. He is the owner of a company called “BL Day Properties” and since 2013 has been the co-owner, partner, and principal of “Integrated Wealth Advisory Inc.” While Bill likes to get his hands dirty now and again by helping his wife on whatever she’s working on, he has never been able to support her full time due to his job.

Tamara’s first complete house renovation project was their own 5000-square-feet home. She did this in parts, all on her own, while also taking care of their three sons. Tamara and Bill have four kids together; Henry born in 2004, Bobby born in 2006, Tom born in 2007, and Nora, the youngest, born in 2013.

How does Tamara Day Earn her Money?

Even though Tamara Day has a degree in communications from Kansas State University, she never really pursued a career in that field. She knew what she wanted to do and followed her passion. Gaining a little popularity in Kansas after she refurbished her own home, people started seeking out her services, and soon Tamara was able to buy and flip houses on her own. This continued till she gained the attention of HGTV and subsequently went on to become the host of ‘Bargain Mansions’ on DIY Network in 2016.

Tamara has also recently become an entrepreneur and opened up a furnishing store called “Growing Days” with her father in their home town. Due to her popularity as a television personality, and in the decor industry, this store is undoubtedly going to do well. Tamara Day has a career in acting as well. She has also been featured on ‘DIY Ultimate Retreat 2017’ and has a small role in ‘The Mailbox’ (2007).

Unfortunately, as Tamara is quite a private person, not all the details about her personal life and professional earnings are known to us. But thanks to her assets, her shop and the two seasons of ‘Bargain Mansions’ Tamara Day’s estimated net worth today is close to around $3 million.