Are Tarik and Hazel From 90 Day Fiance Still Together? 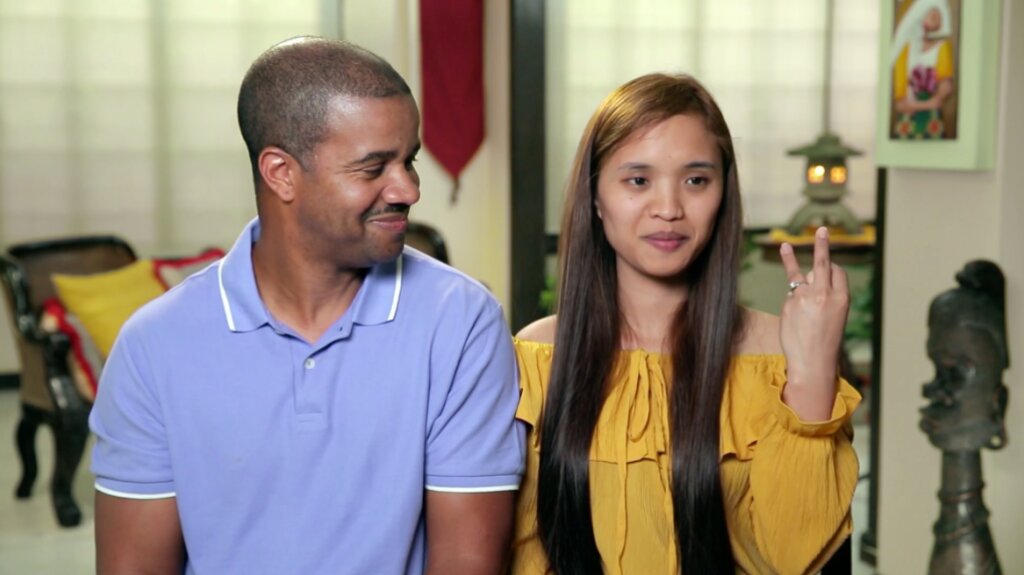 TLC’s ‘90 Day Fiance‘ has been keeping us amused with drama, romance, and heartbreak since 2014, and all of its spin-offs do just the same. The second spin-off to the original, ‘90 Day Fiance: Before the 90 Days,‘ just does it a little differently. Instead of having the non-American partner of the international couple come to the U.S. and planning their wedding that needs to happen in 90 days, ‘Before the 90 Days’ is a prequel that follows the couple actually meeting face to face for the first time.

If you’ve been following the 90 Day franchise for a while, you know that it’s hard to take couples seriously or root for them, especially when, more often than not, one of them is straight-up taking advantage of the other or hiding something. But, some couples do go against all the odds and work things out to live life in marital bliss.

We were first introduced to Tarik and Hazel on season two of ’90 Day Fiance: Before the 90 Days,’ when Tarik decided to travel to the Philippines with his brother Dean, to meet his girlfriend, Hazel Cagalitan. Tarik and Hazel had met on a dating website where they had quickly connected and formed a relationship.

Their relationship was rocky throughout their time on the season with troubles that included Dean interrogating Hazel and a pregnancy scare. During a dinner, Dean asked Hazel about her intentions, her past relationships, and her child, which led to Hazel admitting that she has a son, but he lives with his father. She said, “My son lived with me when he was three years old. I love him, but I didn’t have enough money, and so I give my son to his father. If I have a good future with Tarik, I want to get my son again.”

However, this didn’t sit well with Dean, who wanted to know what kind of mother she would be to Tarik’s little daughter, who has high-functioning autism. “It says a lot about a woman depending (on) how hard she fights for her kids about that woman’s character, you know?” He said. Following this, the brothers got into a heated argument because Dean implied that Hazel wasn’t a good mother.

Another bump in their relationship occurred when the couple nearly broke up over a pregnancy scare that just happened to be a misunderstanding. Although Tarik revealed during the Tell All episode that Hazel was “just late” on her period, he had initially accused his Hazel of terminating her pregnancy.

Fortunately, the couple worked things out, and the season ended with them getting engaged after Tarik proposed to Hazel on the beach with an original song he had recorded just for her. If you’re wondering where the couple is now, don’t worry because we have all the details for you!

Are Tarik and Hazel Still Together?

Yes, they are! Although the couple is still in a long-distance relationship waiting for her K-1 visa to come trough, Tarik and Hazel are still going strong. The reality stars frequently post pictures of the two of them together with cute captions on their respective Instagram pages, which is proof enough as to how much they love and miss each other during their time apart.

Tarik even gushed about his future wife’s mothering skills on Mother’s Day 2019 in a post that he captioned: “This mother never imagined the ugliness of public life. This mother quietly perseveres through ignorant ridicule and refuses to retaliate. This mother remains silent while clueless people tell her about her life. This mother has never once taken the low road to fight back which amazes me. I see this mother’s bond with her child up close. Even a loving, ever present father like me can never understand what makes a mother, a mother #Tarzel”

It looks like Tarik and Dean have also overcome all their differences as together they appear on ’90 Day Fiance: Pillow Talk,’ another spin-off to the TLC original, providing commentary on other 90 Day franchise stars. We do hope that Hazel gets her K-1 visa soon so that the couple can start building a life together in the U.S.