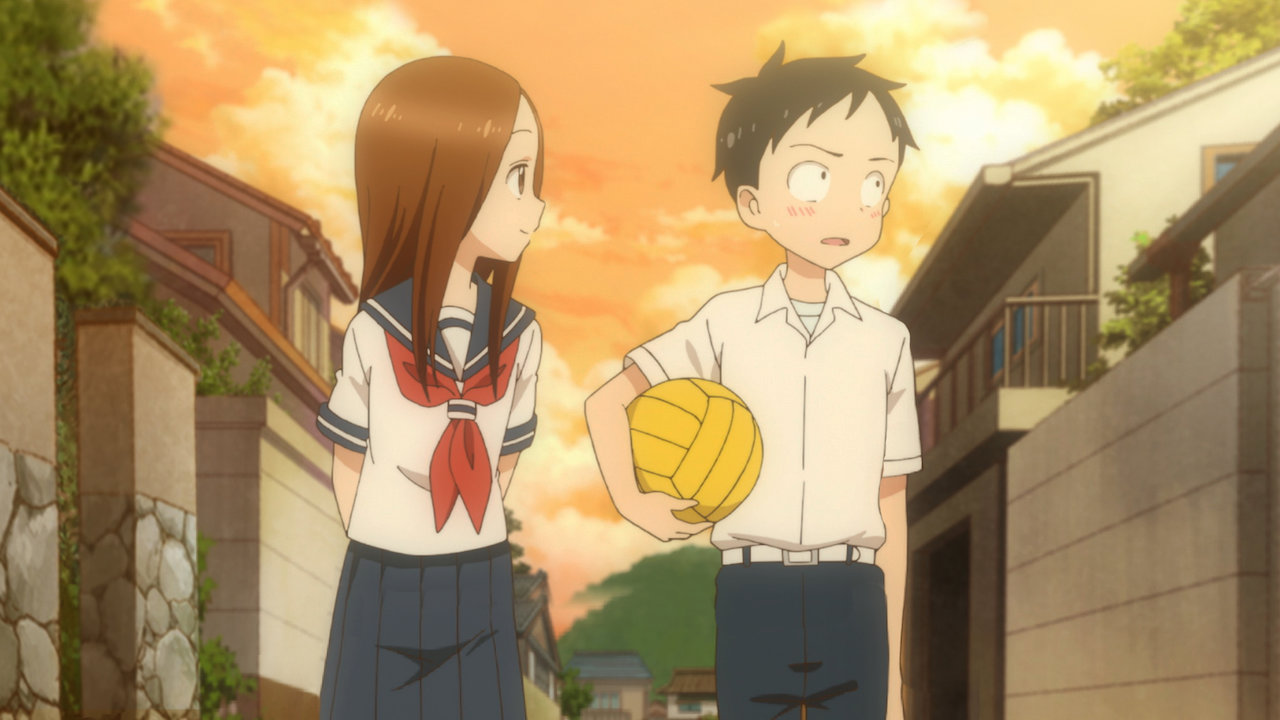 Based on Souichirou Yamamoto’s Japanese manga series of the same name, ‘Karakai Jouzu no Takagi-san’ is a slice of life romantic comedy anime. The series revolves around Nishikata and Takagi, two middle schoolers who sit next to one another and share a bitter-sweet bond. While Takagi always manages to embarrass Nishikata, the latter struggles to prank his seatmate, who is always one step ahead of him. Over time, their hilarious interactions bring them closer, and the duo develops feeling for each other. However, they struggle to open up about it and have a hard time coming to terms with their emotions.

Their hilarious interaction continues to entertain the fans, and the two parallel plot elements appear to have done wonders as the show has garnered countless fans worldwide. It has also received critics’ approbation for its character development and light-hearted but captivating premise. The excitement for the show has only increased after the conclusion of the third installment, and fans are eager to learn when it will return with another installment. Curious about the same? Well, then allow us to be your guide.

‘Teasing Master Takagi-san’ season 3 released on January 8, 2022, and concluded a few weeks later on March 26, 2022. The third installment comprises twelve episodes, each with a runtime of about 22-25 minutes long. As far as the return of the anime is concerned, here’s everything we know so far.

The show has sadly not been renewed for another season as of now. Shin-Ei Animation or any other companies involved with the development of the anime has not commented on its future. However, a teaser for an anime film titled ‘Teasing Master Takagi-san the Movie,’ which is scheduled to release on June 10, 2022, has already been released.

It remains to be seen whether the movie will have any official announcement regarding the fourth installment of the anime or not, but a glimpse at the source material proves that fans do have a lot to look up to. Souichirou Yamamoto’s ongoing manga series still has a lot to offer, and its spin-offs even go as far as imagining the duo as a married couple with a child in their twenties. Meanwhile, the love life of Nishikata and Takagi as teenagers still remains largely unexplored.

Therefore, the anime does have a lot to offer, and the inconclusive ending of the third installment only points towards a possibility of a future renewal. The high ratings and the ever-increasing global fanbase are added incentives that go in favor of the show’s return. Assuming things pan out as the fans eagerly expect, ‘Teasing Master Takagi-san’ season 4 will release sometime in later 2023 or early 2024.

Teasing Master Takagi-san Season 4 Plot: What It Can Be About?

In the season 3 finale, Hamaguchi opens up about his plan to confess his feelings for Hibino on the White day. He asks Nishikata to join him and tells Takagi that he loves her as he does not have the courage to do it alone. Although the protagonist comes up with a plan, he is shocked to learn that Takagi will be visiting a relative’s wedding ceremony and will arrive at the school late on that day. Initially, it does not seem like much of a problem, but Takagi fails to return on time because of bad weather.

However, she later texts Nishikata that they can meet in the afternoon. When the two finally get to talk to each other face-to-face, Nishikata alludes to the fact that he has been missing her. He gives her a gift, and even though he fails to confess his feelings, Takagi seems to have understood what he is trying to say.

In season 4, after three installments of teasing and drama, it is likely that the duo will finally open up about their feelings and get committed to each other. Their relationship will add a whole new layer to their hilarious interactions. Meanwhile, Hamaguchi may finally manage to win Hibino’s heart as well. It will be interesting to see how their school life will be impacted by their relationship, but fans can expect that they will be teased by their classmates. Despite finally getting committed to one another, Nishikata and Takagi are likely to have the same banter and altercations that they have had over the years.