Investigation Discovery’s ‘Scorned: Fatal Fury: Money Can’t Buy You Life’ follows the sensational tale of a New York couple with the husband being a multi-millionaire. 52-year-old Ted Ammon died in East Hampton, New York, in October 2001, and it took investigators around 5 years before the perpetrator was finally brought to justice amidst simmering media pressure. Are you intrigued and want to know the identity and current whereabouts of the perpetrator? Don’t worry, we’ve you covered on this. Let’s begin then, shall we?

How Did Ted Ammon Die?

Robert Theodore “Ted” Ammon was born on August 30, 1949, in Pittsburgh in Allegheny County, Pennsylvania, to a pension coordinator named Robert E Ammon and Betty Lee Morris, a homemaker. He had a modest upbringing in East Aurora, New York, and secured an Economics major from Bucknell University. He joined Phi Gamma Delta where he was quite popular, playing for the varsity lacrosse team in his sophomore year.

A brilliant student, he went on to pass both the US and English bar exams without ever attending law school and shifted to New York where he worked in law firms. As Wall Street entered the booming 80s, Ted managed to secure a job with Kohlberg Kravis Roberts, and his rise to wealth and fame began. By the time he met and married Generosa LeGaye Rand Ammon in February 1986, he was already worth millions and had gone through an unsuccessful marriage with Randee Day that bore him no children.

He was found naked and bludgeoned to death in his bed at his East Hampton weekend home on October 22, 2001, by his partner, Mark Angelson who went to check up on him after Ted failed to appear for a business meeting as well as for the plans he made with his 11-year-old twin children, Alexa and Gregory. His autopsy report stated that Ted had at least 30 wounds on his head as well as bruises and fractures inflicted by a blunt object. It also stated that had been incapacitated with a stun gun before the fatal beating.

Ted was going through an expensive divorce with his wife, Generosa when he was found murdered in his weekend home. Rumors began to fly amidst the elite circles of New York that she had been behind her husband’s murder, aided by her newly found boyfriend, Daniel Pelosi. Generosa had filed for a divorce in 2000 after she suspected her husband of infidelity with one of his colleagues. 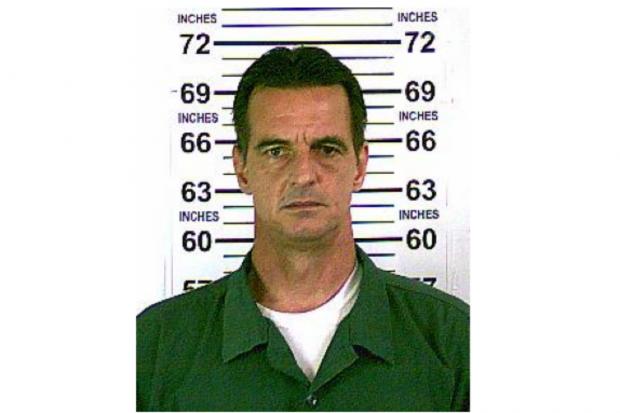 Generosa demanded half of Ted’s assets and her lawyers were embroiled in aggressive negotiations with Ted’s counsel when she fell in love with Daniel, a Long Island electrician. The couple allegedly led an expensive lifestyle on Ted’s money as she and her lawyers poured over his financial assets and made exorbitant demands. However, when the divorce trial ensued, Generosa was shocked to find that her husband was not worth as much as she had estimated.

With the divorce settlement not meeting her expectations and her appeal for sole custody of the children being denied, Generosa was outraged. The tabloids were rife with speculations that she had murdered her husband to gain all his assets worth nearly $100 million since she was the sole custodian in his will. It was further fanned by her marrying Daniel in January 2002, just 4 months after the murder.

However, investigators soon zeroed in on Daniel as the suspected murderer of his girlfriend’s ex-husband. Based on testimonies of several individuals, the most significant one being Daniel’s father, investigators charged Daniel with second-degree murder. The most damning testimony came from a former cellmate of Daniel who claimed the latter had confessed to committing the crime to him while in jail. As proof, he furnished several of the sordid details that he had reportedly inscribed in a magazine.

Where is Daniel Pelosi Today?

Before Daniel went on trial, the prosecution offered Generosa immunity in exchange for her testifying against him before a grand jury. Generosa declined and died of breast cancer before the trial commenced. Daniel was convicted of second-degree murder in 2004 and was handed a prison term of 25 years to life. As per official court records, he is presently incarcerated at the Great Meadow Correctional Facility in Comstock, New York, and won’t be eligible for parole before August 2031.

Daniel claimed in his appeal in 2012 that Generosa got her ex-husband murdered by hiring one of his crewmen, named Chris Parrino, in exchange for $50,000. Chris’ lawyers denied the allegations and Daniel’s appeal was eventually turned down.

Read More: Sonya Ivanoff Murder: How Did She Die? Who Killed Her?