Where Is Ted Casey Today? 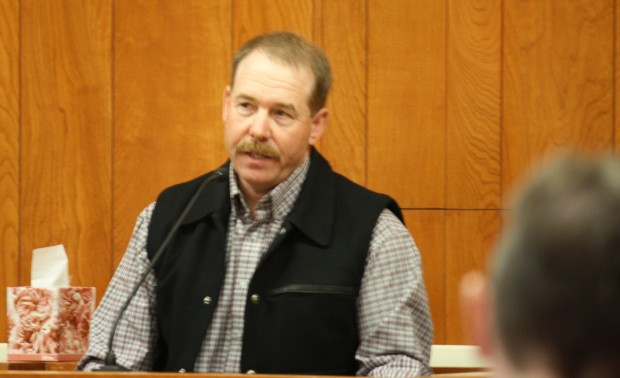 Given how long it’s been on the air, ‘Dateline’ NBC has now become a staple for true crime intrigues. Since it premiered in 1992, it has an extensive archive of in-depth stories and investigative journalism, that it portrays in a manner that lets us know all the details of the case while keeping the human and emotional aspects on the top. The way Ted Casey talked about the disappearance and murder of his newly estranged wife, Susan Casey on the episode ‘Footprint in the Dust’ is just one example of it.

Who Is Ted Casey?

Ted Casey was Susan’s second husband. After Susan’s divorce from Walter Larson in early 1998, she met Ted, and the two tied the knot later that same year. For a few years, their marriage was going really well, and together, they resided in Glendive, Montana, a place that was home for both of them. The couple even had two daughters together before they finally decided to separate in late 2007. And then, in just a few months, on April 12, 2008, as dawn was breaking, Susan Casey disappeared. She was found dead in the Yellowstone River three weeks later.

That morning, around the same time as her disappearance, even though Ted didn’t live near her place, he was seen driving by her house. A video camera from an adjacent building had caught a truck similar to the one he drove passing by. When he was questioned by the investigators, Ted admitted that it was him. He said that he had been out that night, although not around Susan, but was missing her and his kids and had just decided to drive by her place for some peace before heading back home.

While this seemed suspicious, the investigators had no other evidence to tie him to her disappearance and death. And, since his history with her was clean too, he was excused. When, in 2013, Walter Martin “Marty” Jr. was on trial for Susan’s murder. Ted Casey gave his testimony. He revealed everything about his marriage and how he had spent Susan’s last few months with her. He said that it was obvious that they were heading for a divorce and, although he still had a little love for her, they had mutually decided to separate.

Where Is Ted Casey Now?

The investigators couldn’t find any motive for Ted Casey to want to harm Susan, but they found one from her first husband, who wanted her all to himself. Even when Marty’s attorney tried to change the direction and point their fingers at Ted, it didn’t make a difference. Ted was and remains innocent to this day.

Apart from the court hearings and his appearance on ‘Dateline,’ Ted has remained removed from the public eye. From what we can tell, he still resides in Glendive, Montana, and has been dealing with his loss in private. It also seems like he would continue to do so for as long as possible. Being the father of two children who now only have him, his priority is now being there for them and taking care of them. (Featured Image Credit: Greg Tuttle / Gazette Staff)