Is Terry Bradshaw Married? Does He Have Children? 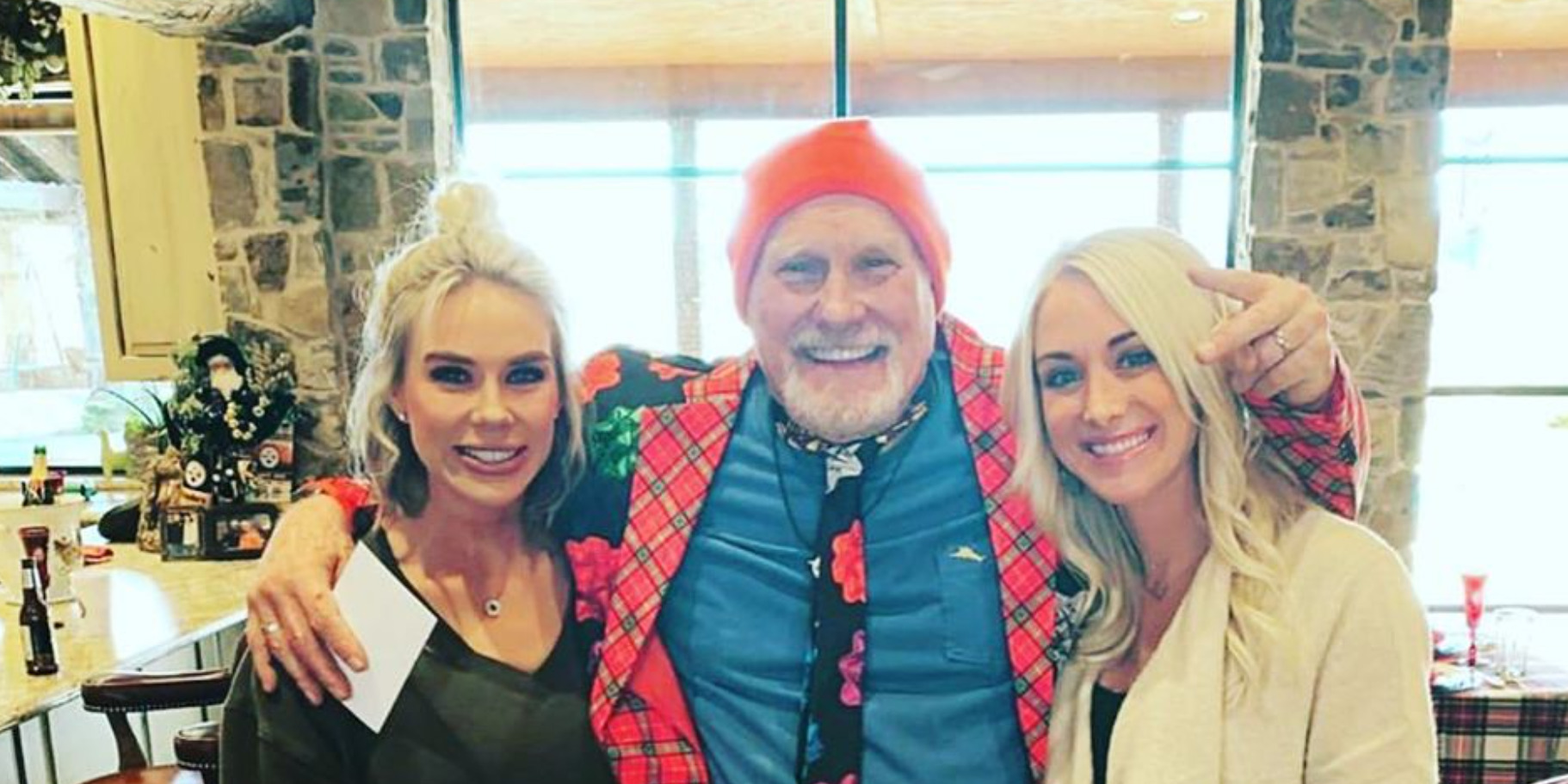 Regarded as one of the best quarterbacks in NFL (National Football League) history, Terry Bradshaw has truly lived an unapologetic and fierce life. He started his career as a used-car salesman and emerged victorious in sports, having won four Super Bowl titles for the Pittsburgh Steelers within six years. After retiring from a legendary athletic life in 1984, Terry became an Emmy-winning broadcast TV icon, awarded for ‘Outstanding Sports Personality as Studio Analyst’ in 2000.

Along with being a Sports commentator on CBS and Fox for decades, he has played roles in movies and been a championship quarter horse breeder. His passion for singing landed him on FOX’s ‘The Masked Singer’ in 2019. He recently featured as the lead in a reality Television show ‘The Bradshaw Bunch’ on E!. It is a comedic docuseries chronicling the interesting life led by the former football pro with his wife, Tammy Bradshaw, and their three daughters. But is Tammy his first wife? Let’s find out!

The ‘Failure to Launch’ star has had to fight his way through to come across the love of his life. It was a long way up till that point, and Terry had to suffer heartbreak and pain of three failed marriages. Terry often mocks the subject during his NFL pre-game commentary, but undoubtedly, around the time these events unfolded in his life, it must have been quite dramatic. In the end, marrying his best friend worked out for him, and he suggests the same to all his fans. Here’s everything you need to know about all the wives of Terry Bradshaw!

Bradshaw began his football career in 1970 and, after two years, got married to Melissa. She was a beauty pageant titleholder, Miss Teenage America (19,69), so naturally must have been gorgeous looking. The two got separated the following year. He has remained tight-lipped about his first marriage despite staying in the limelight all his life.

It took the famous quarterback three years to move on from his short-lived relationship with his first wife. In 1976, he met Jojo, an accomplished ice skater, and earnestly hoped that his second marriage would work out. Unfortunately, it came to an end in 1983, and the two parted ways for good.

The same year, Bradshaw fell head over heels in love with his family attorney, Charla, and married her right away. They had known each other for years, so he had no hesitancy, whatsoever, in making her his life partner. The couple built a happy home and welcomed two daughters, Rachel and Erin, during their marriage. After spending over a decade together, they decided to call it quits in 1999. Bradshaw had, self-admittedly, faced anxiety issues after each NFL game.

But the frequency of his attacks increased after his third divorce. Sadly, separating from the mother of his children took a toll on his physical and mental health. His body deteriorated each day as restlessness accompanied significant weight loss, uncontrollable weeping, and insomnia. He got diagnosed with clinical depression towards the end of the decade and has been on anti-depressants ever since.

Though ‘the third time’s a charm’ formula did not work for the Sports superstar, his fourth marriage with Tammy Alice (now Bradshaw) proved to be his last and happiest one. In 1999, while he was struggling with health issues, she was going through a nasty divorce with her ex-husband, David Lutrell. They started seeing each other the same year. For the next 15 years, the couple stayed in a live-in setup with their three daughters, the third being Lacey, from Tammy’s previous marriage.

Terry adores that she proved to be a completely different person from all his ex-wives and even brought up his daughters as her own. The couple’s decision to get married was as unconventional as it could get – Terry’s marriage proposal being, “I passed her in the hallway and said, ‘Oh listen, we’re getting, married Tuesday in Hawaii.’ She said OK, and we kept going. We get there, and she said, if you’re serious, we need to get a license. So we got one.” They tied the knot on July 8, 2014, and have been happily married for six years.

Rachel Bradshaw is the eldest of the Bradshaw siblings. She became a Real Estate agent after studying music at Belmont University. Rachel lost her husband, Rob Bironas (James Robert Douglas), a famous American footballer, in a car crash. They were married for only three short months before the horrible accident took him away. She eventually pursued music as it helped her give a vent to all the blocked emotions.

She also appeared in ‘Nashville’ in 2007 to make it as a country singer. Her sister Erin is a World Champion Equestrian and is married to Scott Weiss. Not much has been revealed about their step-sister, Lacey, except that she is married to a private chef, Noah Hester. Terry Bradshaw prides in the fact that she has made him a grandfather by begetting Zuri and Jeb.

Read More: What is Terry Bradshaw’s Net Worth?