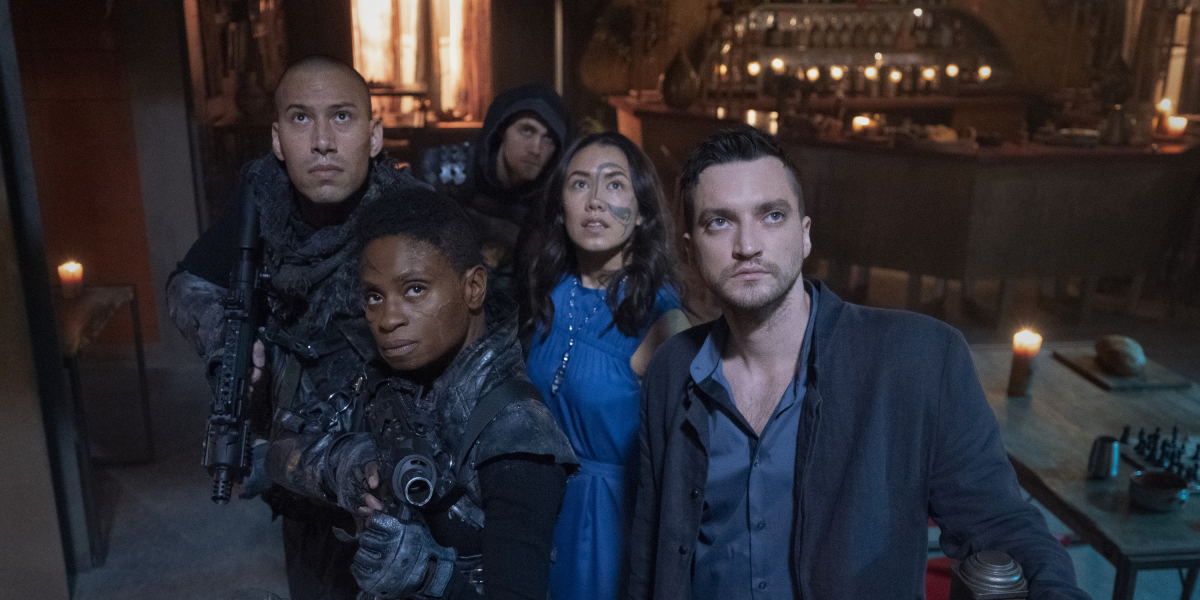 ‘The 100’ season 7 is back from the three-weeks hiatus to continue treating the fans to its engrossing premise, mind-blowing twists and fast-paced action in a post-apocalyptic setting. In the mid-season premiere, Sheidheda challenges Indra to a fight to gain domination over everyone. Meanwhile, one disciple undergoes an Echo-lution and plans revenge on the disciples. Chaos ensues and a significant character makes a huge sacrifice. We have added a recap for you at the end. In case you’re looking for the details of ‘The 100’ season 7 episode 11, we have got you covered.

‘The 100’ season 7 episode 11 will release on August 12, 2020, at 8 pm ET on The CW. In the upcoming episode, titled ‘Etherea,’ we can expect everyone to embark upon a quest to locate Bellamy Blake, who might be alive.

In the episode, Sheidheda, who is thirsty for domination after slaughtering many angry Sanctumites, orders Madi to submit to him. He warns her that if she refuses, he might “cut out the hearts of the people [she loves] and feed them to her dog.” Indra, Emori, and Murphy comfort a reeling Madi when they hear Sheidheda’s voice through the broadcaster, claiming his authority over the grounders and the Faithful. Enraged, Indra goes up to him with her followers and declares, “Your path to the throne leads through me.” They engage in single combat and just when it seems like Indra might be on the verge of losing, Madi jumps right in and gouges Sheidheda’s eye out.

Sheidheda proceeds to bash Madi left, right, and center. Fearing he might kill Madi, Indra kneels to him and he becomes the Dark Commander whose sole aim, for now, is to track down Murphy, Emori, Madi, and the remaining Faithful members, and slay them. In a surprising turn of events, Bardo, Echo, Hope, Gabriel, Octavia, and Diyoza reveal that they have been mapping out a revenge plan against the Disciples while living amongst them. Echo directs Hope to get her people out of the planet to prevent them from getting killed, for she is about to wreak havoc. Clarke and Octavia reunite and grieve for Bellamy until Hope rushes in to inform them about Echo’s plan.

Raven, Clarke, O, Hope, and Diyoza talk Echo out of her plan to release Gem-9 into the Disciples chambers. Just when they heave a sigh of relief, Anders comes in with a look that screams he is about to kill Echo with his bare heads. Diyoza interrupts and tries to calm him down. She even hands him the Gem-9 but he is hellbent on sending Echo to Penance. Hope loses it and hits Anders, snatching the Gem-9 from him but accidentally spilling a drop right where the water supply is. The bodacious Diyoza catches the drop before it lands on the water supply system and sacrifices herself for Echo. Diyoza tells her daughter, Hope, “Don’t waste this chance, little one” right before closing her eyes forever.