The Alienist: Angel of Darkness Episode 3 and 4: What’s in Store? 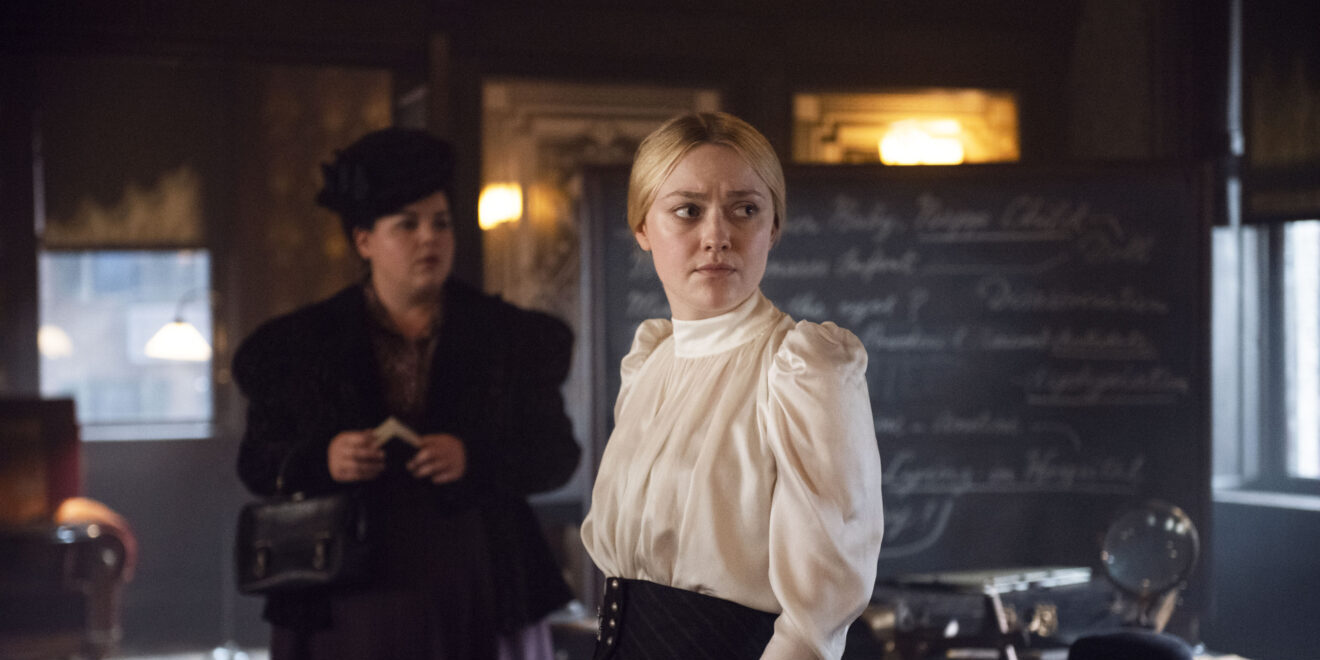 The second season of ‘The Alienist’ premiered on July 19, 2020. The crime thriller opened to a great response from the critics and the audiences for recreating the suspenseful atmosphere of the first season. In the premiere episode of ‘The Alienist: Angel of Darkness,’ Dr. Laszlo Kreizler, Sara Howard, and John Moore reunite to solve another spine-chilling case that has been giving nightmares to the folks at 1897 New York avenue. After failing to stop the execution of an innocent mother, the trio embarks upon a mission to help the Spanish Consular, whose infant daughter Ana is abducted by a child serial killer. The ‘Ex Ore Infantium’ lays down the framework for the rest of the series.

In the second episode, titled ‘Something Wicked,’ the trio garner unwanted attention from the criminals and notorious gangs like Hudson Dusters, Dr. Markoe, and William Randolph Hearst while pursuing Ana’s kidnapper. When John tries to interrogate Hudson Duster leader Goo Goo Knox regarding a doll, he threatens John to drop the case. Also, the trio discovers that Dr. Markoe is running an illegal medical facility where he holds the pregnant mistresses of high-profile people and then labels the women as insane when they begin to ask questions. In case you are curious to know what can happen in ‘The Alienist’ season 2 episodes 3 and 4, we have got your back!

The Alienist: Angel of Darkness Episode 3 and 4 Release Date

‘The Alienist’ season 2 episode 3 will release on July 26, 2020, at 9 pm ET on TNT, followed by episode 4 at 10 pm ET. The series follows a weekly-release format with two back-to-back episodes dropping every Sunday in the same time slot.

Where to Watch The Alienist: Angel of Darkness Episode 3 and 4 Online?

You can watch the episodes of ‘The Alienist’ season 2 by tuning to TNT at the above-mentioned time. You can also catch the show on TNT’s official website and the TNT app. If you don’t have a cable subscription, you can watch the show on Sling TV, Direct TV, and Fubo TV. ‘The Alienist’ season 1 is  available to stream on Netflix (outside of the United States) and HBO Max. You can also purchase the episodes on Amazon Prime.

The Alienist: Angel of Darkness Episodes 3 and 4 Spoilers

‘The Alienist’ season 2 episode 3 is titled ‘Labyrinth.’ In the episode, Sara and the team will pull out all stops to compel a nurse from Dr. James Markoe’s Lying-In Hospital to spill out the details concerning the shady undertakings that take place at the hospital. Laszlo might want to conduct a hypnosis therapy on Senora Linares to unravel the memories and find a clue that would help solve the case. John might go a step ahead and introduce Sara to a friend who occupies a seat amongst the people at the higher-ranks in the society. However, things might get complicated when Cyrus would offer to host John’s bachelor party at his shop. Sara and John will resort to a desperate plan to escape the entanglement they have thrust themselves into.

In episode 4, titled ‘Gilded Cage,’ the team might try to avoid running out of time by mapping out a quick plan to track down baby Ana, and her abductor. We can expect the team to direct a female detective, Bitsy Sussman, to go undercover and investigate the case. Meanwhile, William Randolph Hearst will throw a sumptuously elaborate ball to commemorate the engagement of Hearst’s goddaughter Violet and John Moore. Well, we all know how that’s going to end. As John might draw the attention of the people at the ball, Sara and Laszlo might use it as an opportunity to interrogate a potential suspect regarding the multiple child abductions and murders.