The Amazing True Story Behind The Pursuit of Happyness 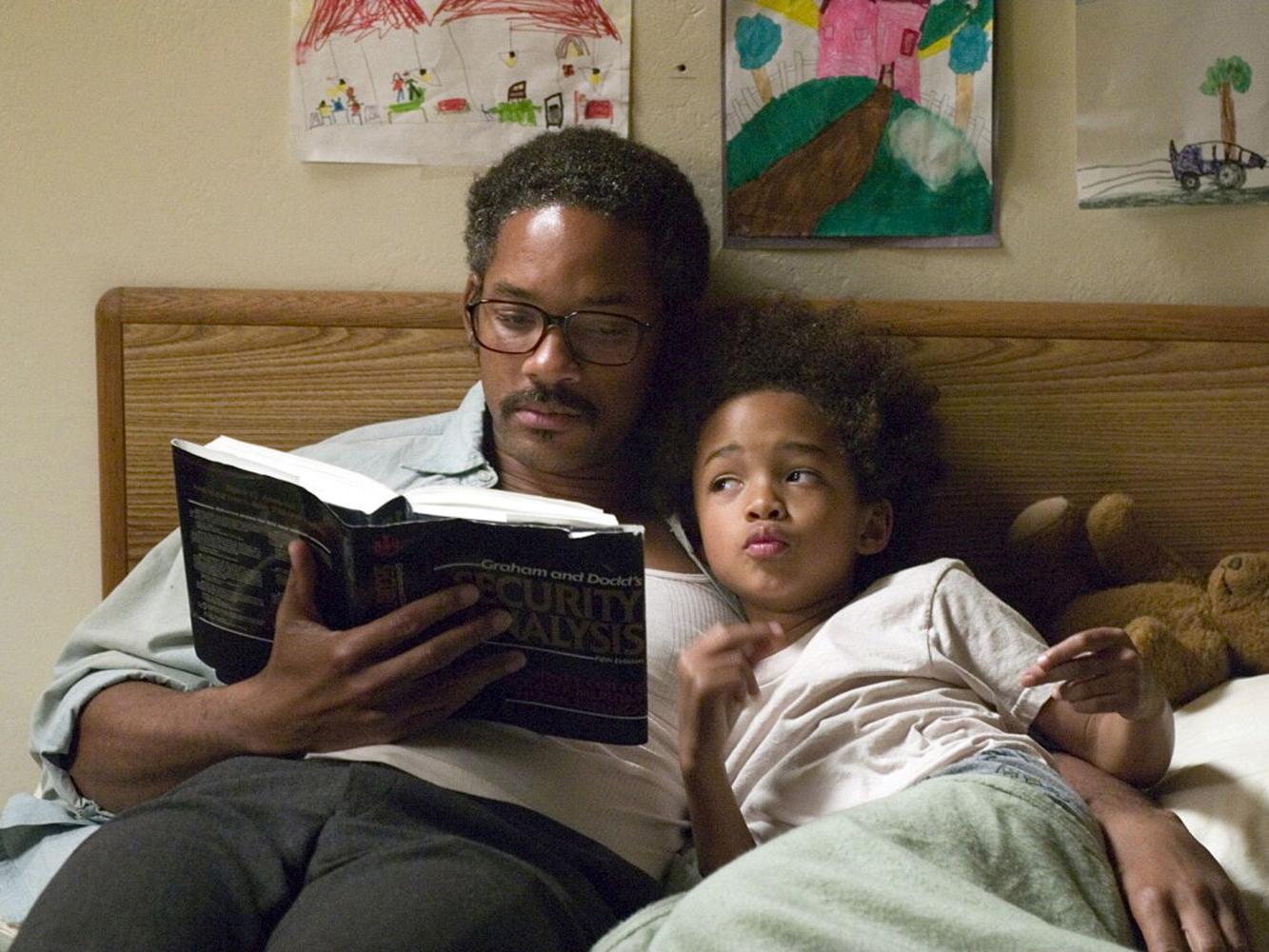 ‘The Pursuit of Happyness’ is a drama that follows a man on his journey as he goes from losing almost everything and being homeless to becoming a successful multi-millionaire, all the while struggling to care for his young son. The inspirational film tells the story of Chris Gardner (Will Smith), who does all he can to get a fresh start without his colleagues or his son realizing the truth of his circumstances. After witnessing everything Gardner lives through and how he turns his life around, one can’t help but wonder if it is the story of someone’s life. We are here to help you settle those doubts!

Is The Pursuit of Happyness Based on a True Story?

Yes, ‘The Pursuit of Happyness’ is based on a true story. The film revolves around the difficult period in the real Chris Gardner’s life as he spent it in uncertainty, not knowing where the next meal would come from or where he and his son would stay the night. However, the scriptwriter, Steven Conrad, has taken some creative liberties as far Gardner’s life is concerned. 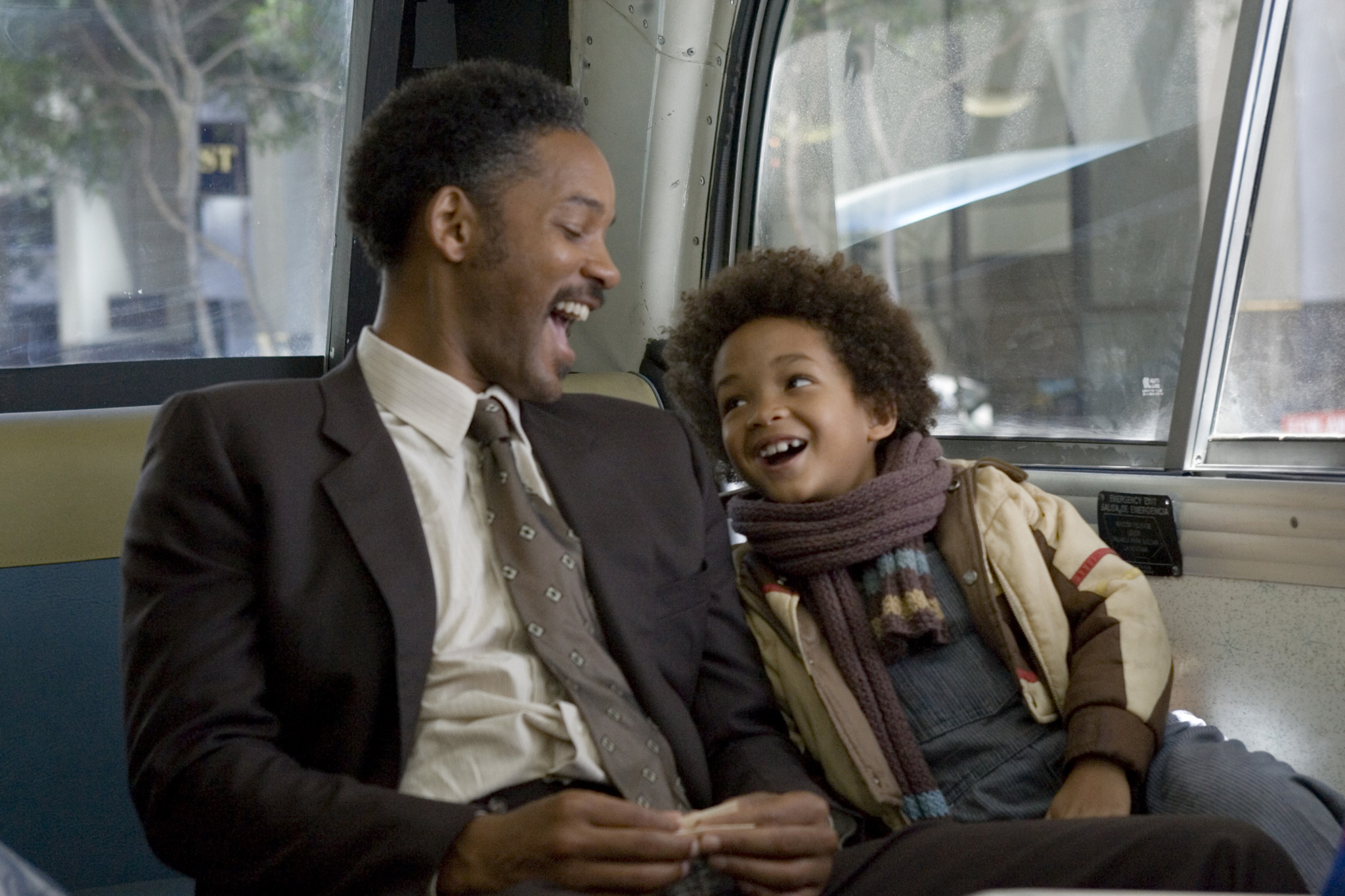 One of the biggest differences between reality and the film is Gardner’s job before joining the training program. It is true that Gardner used to sell medical supplies, but it was not limited to just scanners, as is shown in the film. Conrad added the part where Gardner put his life savings into buying the portable bone-density scanners. This means that the intense scene where Gardner gets hit by a car because he is chasing after the person who steals the scanner may also be a fictional event created for the sake of the film. There is no mention of such an event in any of the interviews by the real Chris Gardner, nor does it feature in his 2006 memoir.

Another deviation from reality is Linda’s character. Linda is a composite character of the two women in the real-life Gardner’s life, his first wife, Sherry, and the mother of his children, Jackie Medina. In real life, Gardner has a son Christopher Gardner Jr. and a daughter Jacintha. Gardner was still married to Sherry when he began an affair with Jackie, with whom he had both his children. Gardner’s son was two years old at the particular stage of their life depicted in the film, where Christopher Jr. is a 5-year-old. This was done so that the interaction between the father and son seemed more meaningful in the movie. The real Gardner did not mind it because he understood why it needed to be done.

The pivotal scene with Gardner impressing a broker from Dean Witter in a cab ride with his skills with the Rubik’s Cube also seems to be Conrad’s brainchild. However, Gardner indeed befriended a stockbroker called Marty, who helped him get a foot into the finance world. Gardner did begin his work in the industry as an intern at Dean Witter Reynolds with a modest monthly stipend, unlike the film, which shows that it is an unpaid internship.

As depicted in the movie, Gardner was not appropriately dressed for his interview at Dean Witter Reynolds. However, this was not because he got arrested for unpaid parking tickets but also due to allegations of domestic abuse. By his own accounts, the police witnessed one of his heated arguments with Jackie where she fell into the garden bushes as he attempted to take his son back from her while she was attempting to run away with him.

The whole incident resulted in Gardner spending a few days in jail, as the matter of his parking tickets also came up when the police ran an identity check on his car’s license plate. After getting out of jail, Gardner stayed at a friend’s place because Jackie had left with their son and emptied the apartment. Left with no formal clothes of his own a day before his interview, he only had a jacket and sneakers splattered with paint. The joke about the pants may also have been added for dramatic effect. In real life, he told the truth to Mr. Albanese without sharing the part about jail.

A few months later, Jackie returned and decided that it was best for their son to stay with him, except that the boarding house where Gardner was living then did not allow children, and he did not have enough money to pay rent. This was the beginning of Gardner and his son’s move from place to place on a daily basis. They took shelter wherever they could including, cheap motels, public restrooms, parks, hostels, and reportedly even spent nights under a desk at Gardner’s office. They also slept on subway trains or in the waiting areas at the San Francisco or Oakland airport.

Gardner had to choose between spending money on food or shelter, and he decided to spend on food, apart from what he had to pay the day-care for his son. The overnight rooms provided by Glide Memorial Church were only for homeless women with children. But Reverend Cecil Williams (who plays himself in the film) made an exception for Gardner. After almost 25 years, the real-life Gardner financially supported Reverend Cecil to build affordable housing for lower-income families and a business complex that would create employment opportunities for them.

Another life-changing event that actually happened was that Gardner approached a man with the red Ferrari convertible and spoke to him about how he achieved success. This man turned out to be Bob Bridges, who worked for Donaldson, Lufkin, & Jenrette at the time. They met up for lunch a few weeks later, and Bridges helped set up meetings for Gardner at different brokerage firms.

Gardner had seen some of the lowest points in his life, which even compelled him to donate blood in exchange for money and scam hotels into paying a “refund” for the money he claimed to lose in a cigarette vending machine. He admitted that he felt horrible doing that as it made him aware of his desperation. But Chris Gardner is, nevertheless, a perfect example of how determination and perseverance can help change a person’s life. The film captures one of his most challenging phases as an individual and a parent.