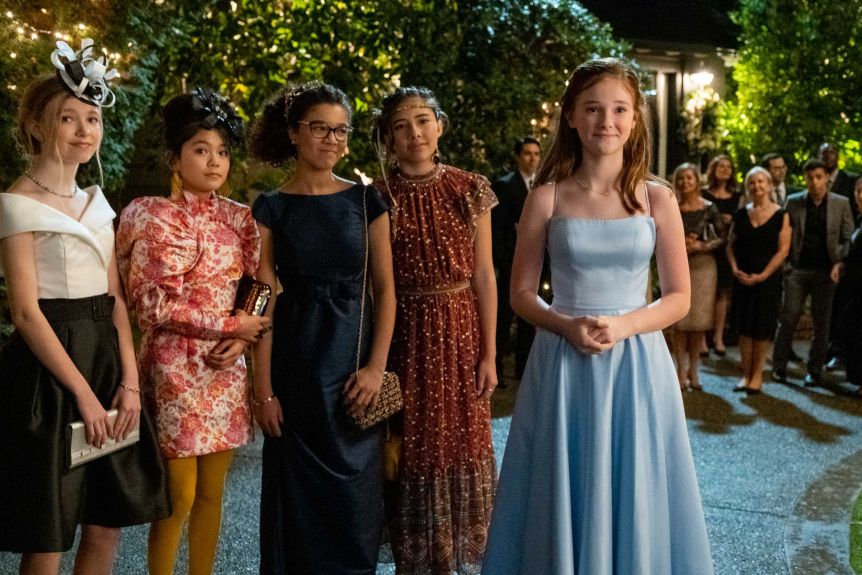 Netflix’s ‘The Baby-Sitter’s Club’ tells the story of five girls who run a babysitting business. Every episode unfolds from the perspective of one of the central characters, giving us a look into their personal struggles while they tackle the success of their business venture. Along the way, they learn a lot of things and, by the end, they emerge as strong and rich characters who are ready to take on all the challenges of the world. If you haven’t caught up with the show yet, head over to Netflix. SPOILERS AHEAD 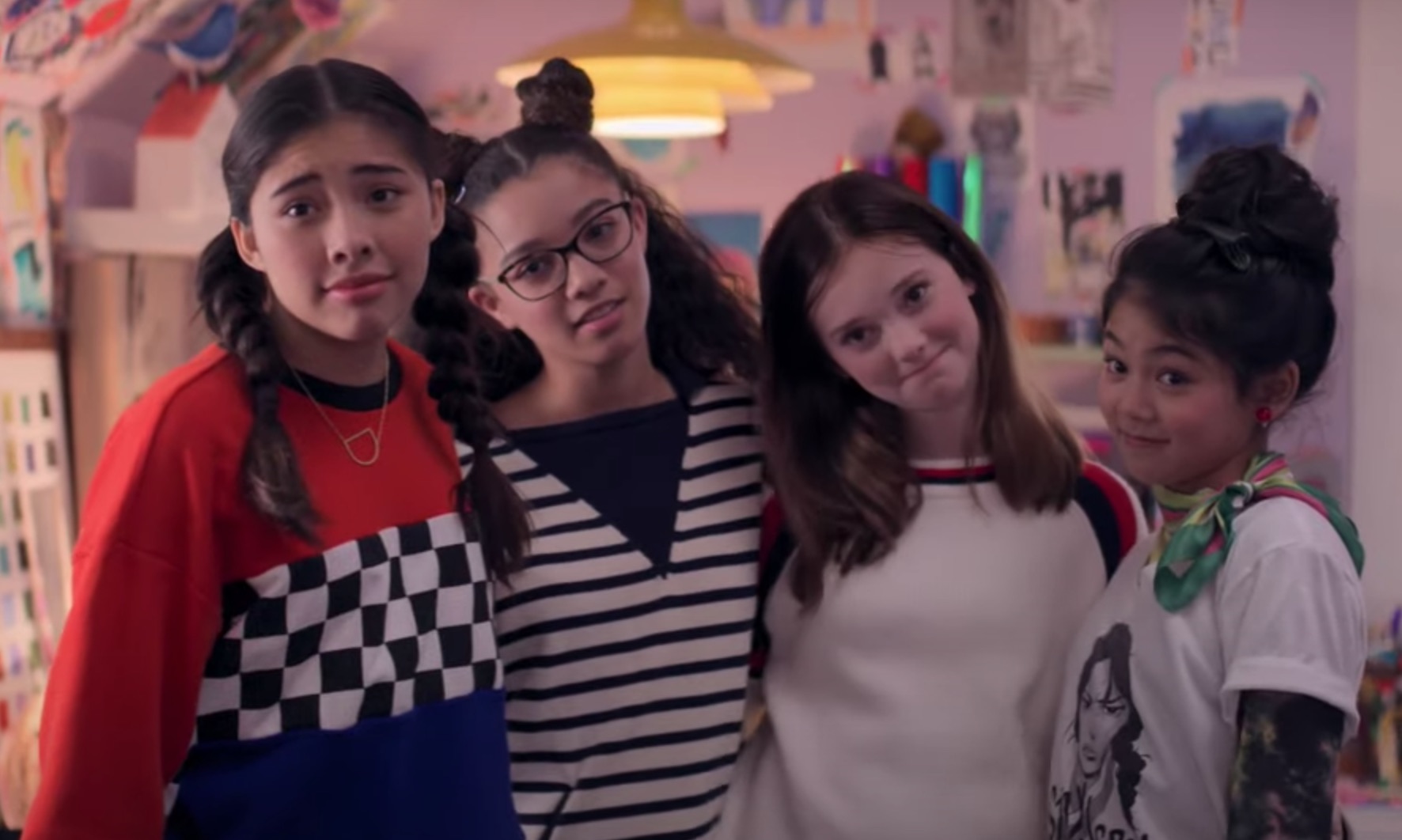 There wouldn’t be The Baby-Sitting Club if it wasn’t for Kristy Thomas. A headstrong and often stubborn girl, Kristy has incredible entrepreneurial and management skills. Even though she is very protective about her work and her friends and takes some time before allowing others into her life, be it a new friend in Dawn or an enthusiastic father-figure in Watson, she takes her time to get to know people. The reason behind it is her father, who left her and her family behind, never to check-back on them again. As Kristy sees others with their fathers who go to all extents to be present in their lives, she feels bad for herself. However, she also sheds her difficult persona and allows others to get their foot through the door. Despite her hard exterior, she is the thread that holds the group together.

While Kristy’s heart is broken over the father who disappeared, Mary Anne feels smothered by her over-protective father who keeps a list of all the murderers and psychopaths in their neighbourhood and beyond, and keeps her on a strict schedule where a five minute lapse could lead to her being grounded. His behavior is justified by the loss he suffered when Mary Anne’s mother died. But, with Mary Anne becoming more comfortable in her skin and learning to speak out for herself through the positive influence of the club, he decides to let go of the reins a little bit. He also allows himself to open up to others when a blast from the past, who turns out to be Dawn’s mother, comes back in his life.

The main hurdle that Mary Anne has to overcome is her social anxiety that holds her back from important things in life. She loses her nerves whenever she has to talk to a stranger or when she has to speak publicly. However, she quickly gets over it when she has to stand up for Bailey, the girl she babysits, at the hospital. With every episode, we see her evolving not only internally but also externally as she revamps her look and receives a Queer Eye-ish makeover for her room from Claudia and Stacey, both of whom are artistically gifted.

While Stacey excels at Math, Claudia finds it difficult to catch up with and is pushed by her parents to do better. Eventually, she not only lets her parents know that she wants to focus on the things that she is good at. She also comes to understand that her art should be imbued with more meaning when she discovers that her grandmother had suffered some tough times in an internment camp for Japanese immigrants. A similar development is seen in Stacey who gets over her insecurity of how living with diabetes will affect others’ view of her. 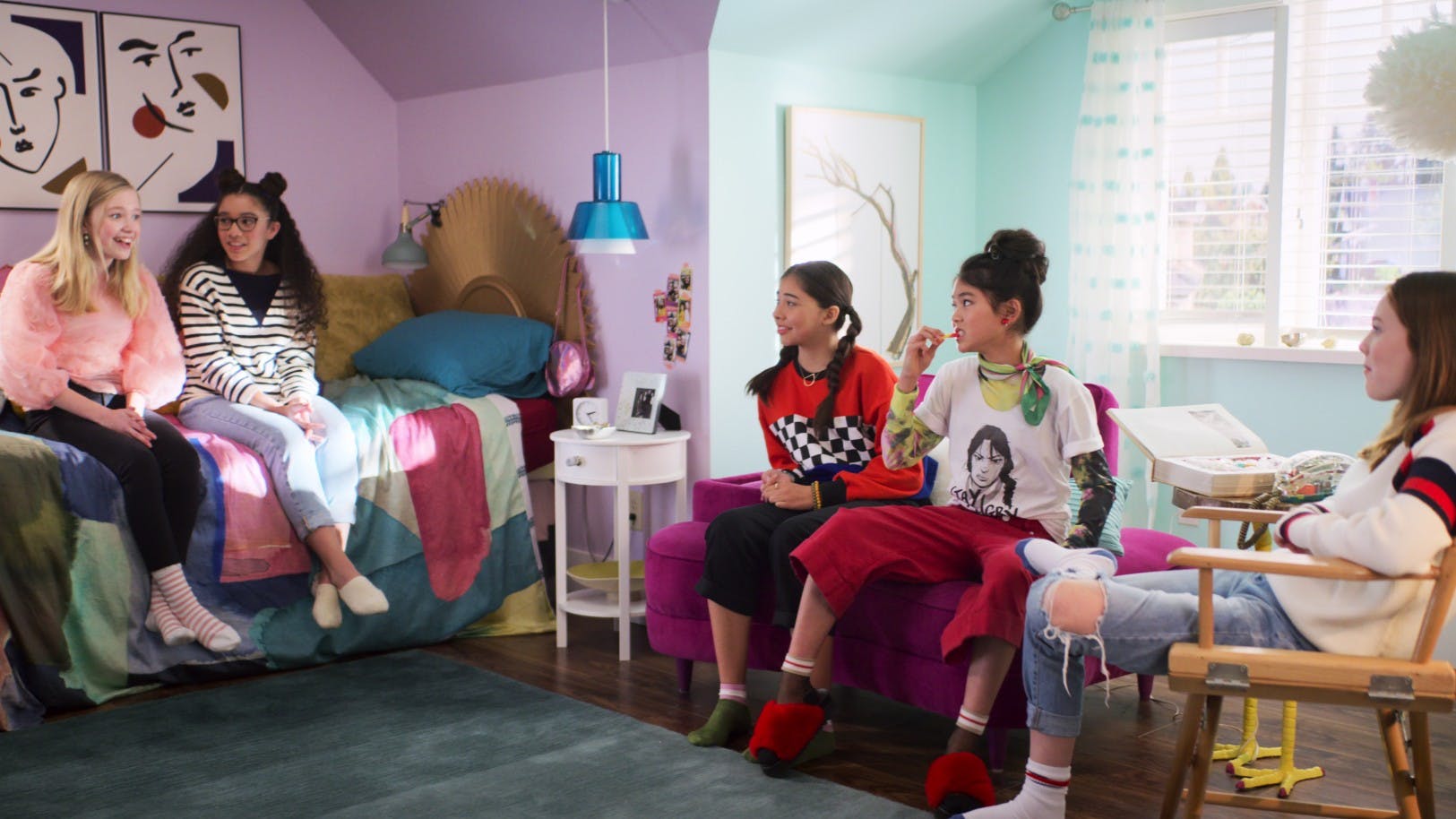 After stirring up the revolution in the summer camp, Dawn and Claudia are told to pack their bags and go back home. However, they are joined by Kristy, Stacey and Mary Anne who decide to support their friends and give up their rest of the stay in the camp. However, Kristy convinces Philomena that she needs people like them to run the camp better, and eventually, the girls become counselors-in-training.

By this time, Stacey also makes up with Laine, who clarifies that she wasn’t the one to spread the video of her. In fact, she had no idea what was going on with Stacey, and she tried to reach out to her but Stacey had receded so far inside her shell that there was no way she could have helped her. Stacey finally understands and decides to give Laine another chance at being her friend.

Another interesting development comes in the life of Mary Anne. She had always had a crush on Logan and because of her shy demeanor she could never find the courage to talk to him and express her feelings. She gets the chance to spend time with her while producing the show for the camp, and gets to replace Stacey as the leading lady, who becomes unavailable due to the poison ivy incident.

However, the show isn’t able to take-off due to Dawn’s revolution and Mary Anne has to drop it in support of her friends, who are told to leave the camp. Logan, who had already been attracted to her, asks her to finish the show, at the end of which they would have to kiss each other. But, Mary Anne gathers the courage to kiss him, no matter if the show happens or not. The change in the course of events due to Kristy’s conversation with Philomena reopens the prospect of the show, and they get to play it three nights in a row.

With the happy ending for every character, the show also gives us a hint about the future of the Club by allowing two more girls into it. When Karen goes missing during the show, Kristy is helped by Jessi and Mallory in finding her. They trace her from the camp to the abandoned cabin in the woods to the bus-stop in the middle of nowhere. This convinces Kristy that they are the girls with incredible potential and hence, worthy of taking on the responsibility of being a BSC member.