Is ‘The Boy’ Based on a True Story?

‘The Boy’ initially comes off as a rip-off of every other doll horror movie you’ve ever seen, and as a viewer, you just jump to the conclusion that you know everything that is going to happen in the movie. However, much later, the film makes some shocking revelations that entirely change you perception of what you thought it would be. It’s certainly not amongst the best horror movies ever made, but it is good enough to keep you entertained. With that said, if you’re starting to wonder whether it’s based on a true story or not, read on further.

What is ‘The Boy’ About?

‘The Boy’ tells the story of a young woman named Greta who is asked to be the nanny of a young boy. Looking for a break from her old life, she accepts the offer, but to her surprise, this boy turns out to be a seemingly sentient doll. With this, her curiosity gets the best of her and she sets out to find out more about the doll’s past. But along the way, she ends up unraveling some very dark forbidden secrets that the doll’s family had kept buried for years. 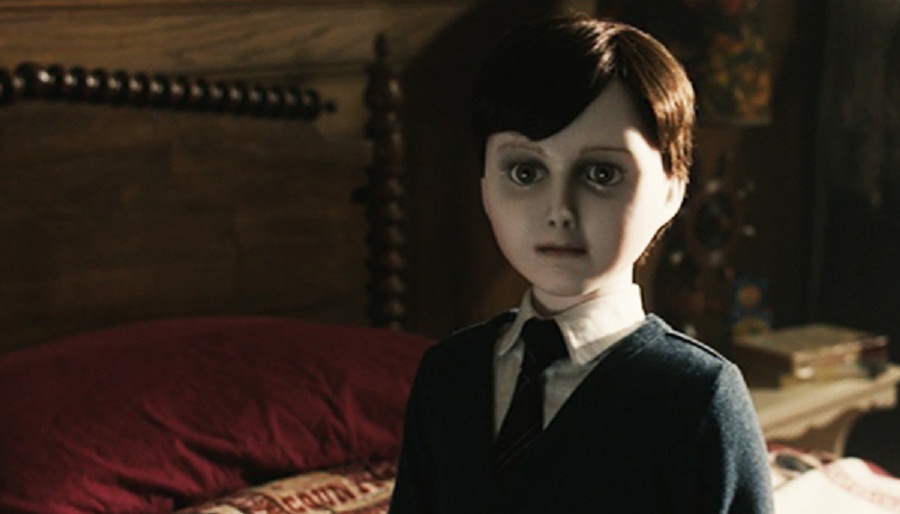 As you might have already figured out by now, ‘The Boy’ is not based on a true story and if you think about it, its story is a bit too far fetched to be true. However, compared to most other similar doll horror films, ‘The Boy’ still seems to have some realism to it. Unlike the others, this one does not really have any supernatural elements to it and works more along the lines of a psychological thriller. That itself makes it far more believable compared to a movie that portrays possessed figurines with sadistic desires.

Moreover, as they say, almost every work of fiction draws its inspiration from real life in one way or the other. Similarly, ‘The Boy,’ like all the other doll horror films, is inspired by real-life haunted dolls. To begin with, the fear of dolls is known as pediophobia, which technically, falls under the broader fear of humanoid figures known asautomatonophobia.

Deep inside, probably most of us have this fear ingrained in us as we’re all easily creeped out by old dolls depicted in movies. And when something inanimate like a doll begins to talk, it further increases all the ambiguity around it, making it even scarier. So although it isn’t based on a true story, it draws a clear picture of what we fear.

Most would know that Annabelle is a real-life doll and currently, it resides in a glass box at The Warren’s Occult Museum in Monroe, Connecticut. However, you’ll be surprised to know that there are many such dolls out there that have been associated with some sort of paranormal activities or even deaths in the past.

Although Brahms is surely inspired by one of these dolls, the movie seems to defy all the stereotypes that surround these. The final reveal of the films shows that the explanation for Brahms’ hauntings is not an outcome of a paranormal possession but something more complex than that.

If we look back at the history of dolls, they also reflect on our cultural values and how most parents wish their children to be. The initial function of these dolls was to induct young children (especially girls) into maternal domesticity. In a similar fashion, the Brahms’ parents try to instill some values into their son by indirectly interacting with the doll. They also make the doll follow a very fixed routine in order to make sure that even their son conforms to the same. Apart from all of this, the film also reflects on how guilt can go a long way. Brahms’s parents try their best to cover up for their son’s sins, but eventually, their guilt takes over and they’re forced to take a harsh decision.