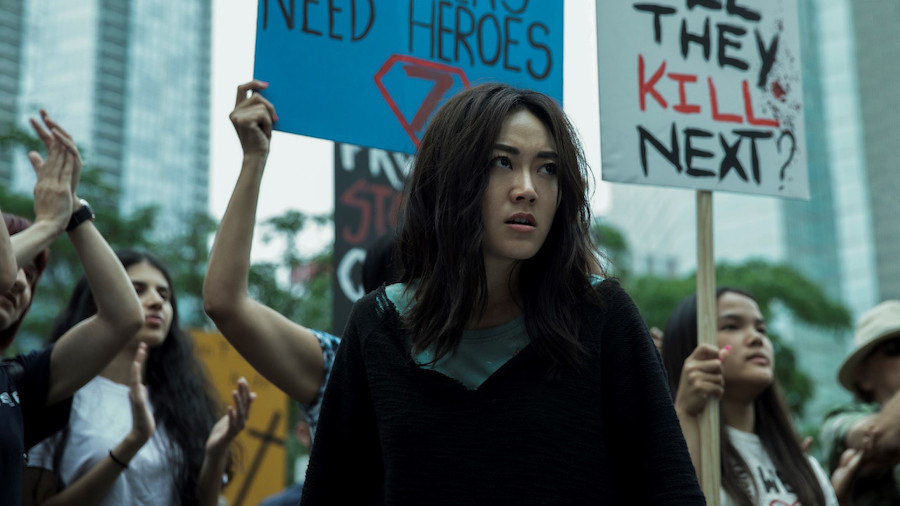 The fourth episode of ‘The Boys’ Season 2 opens in the aftermath of the showdown between The Boys and The Seven. Tensions abound in the superhero house as Homelander feels out of control and Stormfront gains popularity. Butcher and The Boys choose their missions and go on separate paths, both of which lead to the things that none of them had expected. SPOILERS AHEAD

The destruction caused by Stormfront is blamed on Kenji and Kimiko becomes angrier about the situation. Frenchie tries to reach out to her but fails miserably. Butcher meets Mallory and she gives him two addresses. One is of a woman who, years ago, had a fatal encounter with an obscure superhero named Liberty. The second is of the secret house where Vought has been hiding Becca. Butcher gives the address of the woman to MM and heads out to find his wife.

Annie is threatened by Homelander at The Seven Tower and she meets Hughie to talk about it. When MM calls him to follow the new lead, he decides to take Annie with them too. Meanwhile, A-Train discovers that he has been thrown out of The Seven. The Deep, on the other hand, prepares for his return in The Seven, and Carol advises that getting a wife for himself would be the best way to go about it. Things get tricky for Maeve when Homelander finds out about her and Elena’s relationship. He says that he is happy for them, but Maeve knows that something else is going on inside his head.

A twist arrives in the episode when Madelyn Stillwell appears in front of Homelander. It looks like he has been keeping her in a secret house and there is no sign of the horrific eye-melting that Homelander had put her through. This makes us question if she is still alive, and if so, how exactly did she come back to life? Things start to make sense when it is revealed that Madelyn is not really Madelyn. Homelander has hired a man who has the power to take the form of other people. He takes over the guise of Madelyn and indulges Homelander’s fantasies. 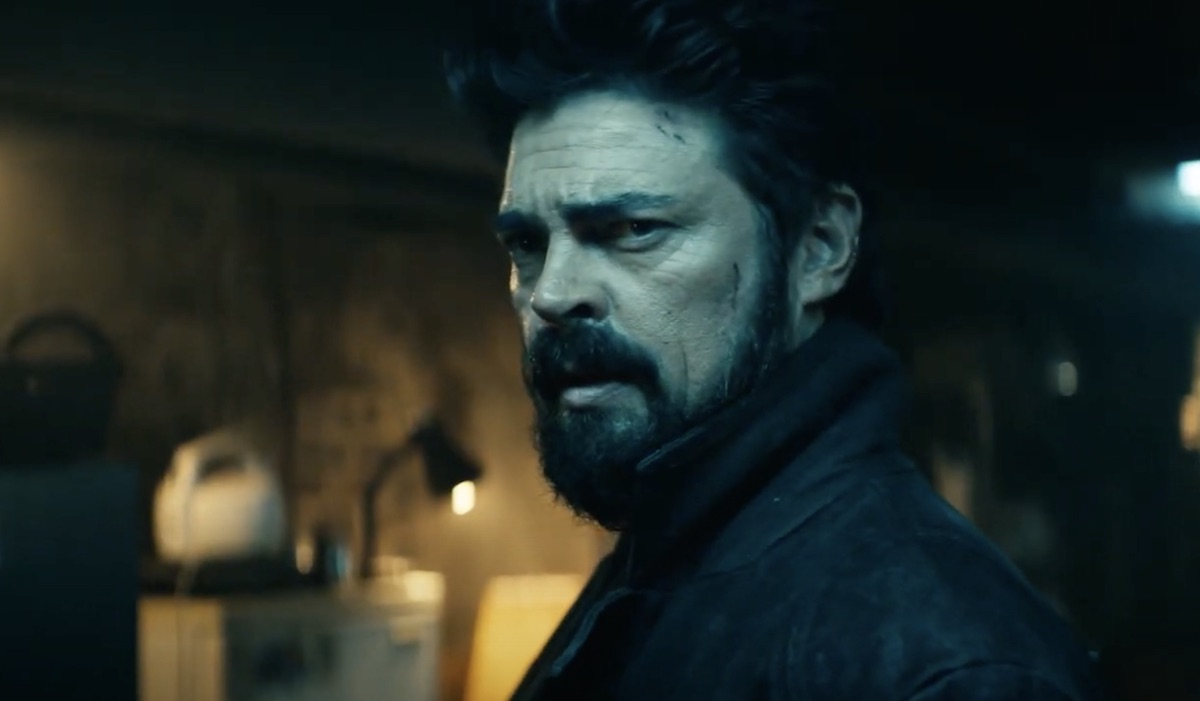 Annie, Hughie, and MM end up at the door of the woman whose address Mallory had dug out for them. The old woman tells them the story of how a superhero named Liberty beat her brother to death once. But that happened decades ago, and yet, she is scared that Liberty would come back to kill her if she discovered that the trio had been at her house. Hughie says that no one has heard of Liberty in a very long time, and she could possibly be dead. But then, the woman shows them the picture of Stormfront and says that she is Liberty.

This revelation changes a lot of things about Vought and its practices, while also questioning the exact nature of Stormfront’s powers. In the previous episode, Edgar had told Homelander that Vought had perfected Compound V around the time the Second World War came to an end. That he would have tested it on someone back then doesn’t seem implausible. It only makes us wonder about the implications of this discovery on the world, and if it means that Homelander is not the most powerful Supe anymore.

Another life-changing moment arrives for Butcher when Becca refuses to leave Vought’s prison with him. The previous night, they had talked about an escape plan, but when Becca mentioned Ryan, she knew from Butcher’s expressions that he would never accept him. The boy is not just a reminder of how Homelander ruined their lives but is also a priceless property of Vought. Should Ryan go missing, they will not stop hunting for him till the end of time. Butcher doesn’t want to risk taking him along and Becca can’t leave without him. So, she tells Billy to leave her and get along with his life. But normalcy is not an option for Butcher anymore.

Black Noir uses Vought’s resources to track down Butcher. He is coming after him, though what that means is rather ambiguous. In a normal situation, it would have been to kill Butcher, but when the secret about Compound V was revealed, Black Noir was found crying. Because Vought has publicly shrugged off the responsibility for the compound, does it mean that Black Noir is looking for Butcher to get some answers from him?

Meanwhile, Hughie’s hopes of getting back together with Annie are crushed when she tells him that they can’t do it again. They are already in a lot of danger and she has to constantly look over her shoulder, hoping that Homelander won’t kill her within the next minute. Hughie and the Boys are also on the top of the most wanted list, and them meeting in secret does not bode well for anyone. She is proven right as, throughout the episode, we find Homelander feeling more and more distant. He hates Stormfront, he feels betrayed by Maeve, he has kicked A-Train out of the team, and he doesn’t trust Stargirl. He had been consoling himself with the thoughts of Madelyn, but in the end, he confesses that he doesn’t need anyone, and this only means that worse times are ahead.