The Boys S02: The Complete Details 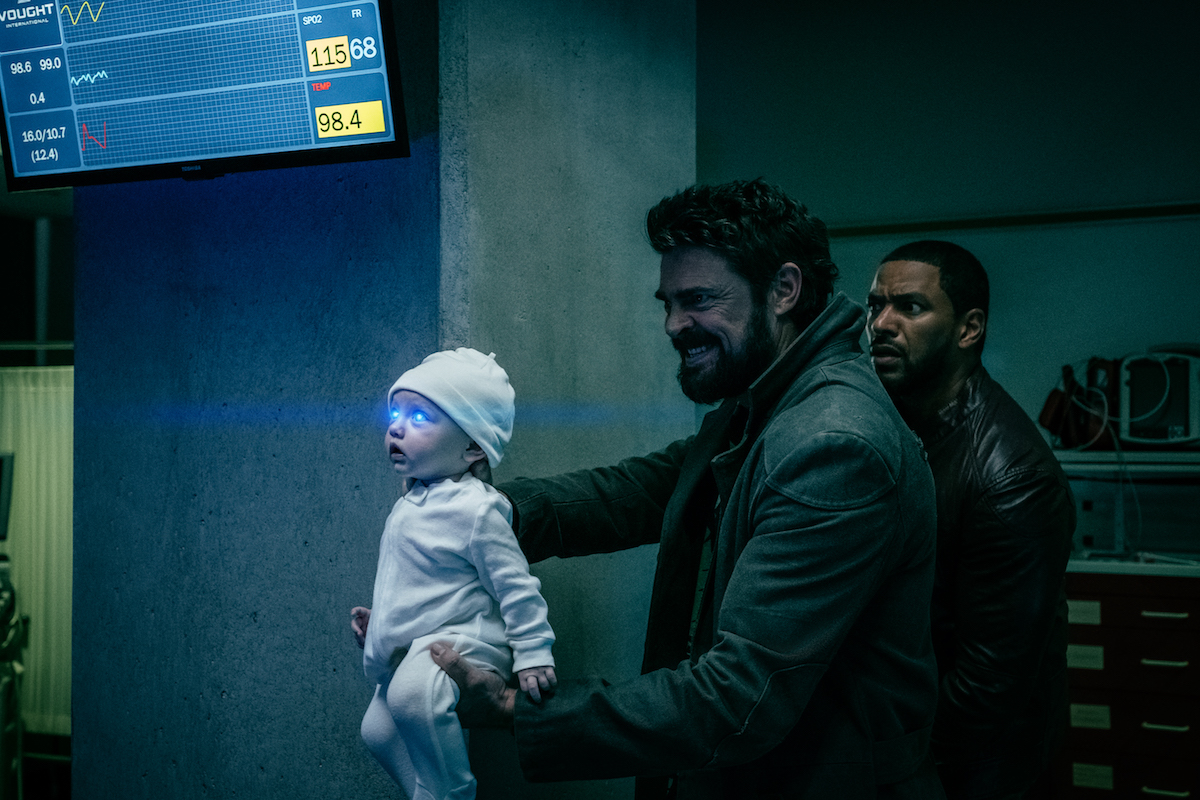 ‘The Boys’ is a superhero dramedy that revolves around a group of vigilantes who are out to exact revenge on the Superheroes of The Seven, who abuse their power, indulge in corruption and have nothing heroic about them. Based on the eponymous comic book series by Garth Ennis and Darick Robertson (illustrator), ‘The Boys’ has been developed for screen by ‘Supernatural’ creator Eric Kripke.

Upon its release in July 2019, the black comedy opened to outstanding reviews and became a cultural phenomenon. Garnering over 8 million viewers in a week, it became one of the most successful Amazon Originals. On Rotten Tomatoes, the show holds a critical and audience approval rating of 84% and 94%, respectively. Naturally, you must be wondering: When will ‘The Boys’ season 2 release, and who will be in it? Well, we have got you covered in that regard. Read on.

‘The Boys’ Season 1 premiered on July 26, 2019, on Amazon Prime. All the eight hour-long episodes dropped on the same day.

As far as season 2 is concerned, here’s what we know. The show was renewed for its second season on July 19, 2019, i.e., even before the season 1 premiere. I mean, considering it ranked among the top shows of 2019, the gamble paid off. Although the exact premiere date has not been announced, it is safe to assume that ‘The Boys’ season 2 would release sometime in July 2020. Like season 1, all the eight episodes will land on the same day on Amazon Prime.

The Boys Season 2 Cast: Who is in it?

After the epic season 1 finale, Elisabeth Shue (Madelyn Stillwell) and Alex Hassell (Translucent) won’t be returning to their roles.

Karl Urban (‘Thor: Ragnarok’ – Skurge) headlines the cast of Season 2 as the leader of The Boys, Billy Butcher. The other members of his team are Jack Quaid as Hughie, Laz Alonso as Mother’s Milk, Tomer Capon as Frenchie, and Karen Fukuhara (‘Kipo and the Age of Wonderbeasts’) as Kimiko or the Female. Simon Pegg appears as Hughie’s dad, Hugh Campbell. The Seven comprises Antony Starr as Homelander, Dominique McElligott as Queen Maeve, Jessie T. Usher as A-Train, Chace Crawford (‘Gossip Girl’) as the Deep, Nathan Mitchell as Black Noir, and Erin Moriarty as Starlight.

The Boys Season 2 Plot: What can it be About?

Throughout season 1, Butcher has only one thing on his mind. He builds a team, goes out on a limb to seek vengeance on Homelander for allegedly raping his wife Becca, and thus, pushing her to commit suicide. However, in the literally mind-blowing finale, we see how Becca is not just alive but is also raising Homelander’s laser-shooting son.

Well, season 2 will begin with the aftermath of the big reveal and follow Butcher’s further descent into anger and despair. After killing Madelyn Stillwell (season 1 finale), Homelander will embrace his villainy as there is nobody that can stop him now. Elsewhere, a comatose A-Train might recover and team up with his savior, Hughie, and The Boys. However, considering how deep Homelander’s clutches run, it is just a possibility.

A small token for #TheBoysTV fans. World's first pic of #Season2. As you can see, we're up to our old tricks. If you haven't seen, JOIN US. Streaming now on @PrimeVideo @TheBoysTV #TheBoys #SPN #SPNFamily #Timeless pic.twitter.com/3z29mVBfNl

On the other hand, we can expect the Deep to continue dealing with his guilty conscience. Interestingly, Black Noir might have a significant role to play in this season, and we might even get to know who he actually is, behind the mask. There is also a possibility of Tek-Knight (a rip off of Bruce Wayne and Tony Stark), making an appearance or the makers might keep him under wraps till season 3.

There’s a good news for all the Terror lovers out there. Creator Eric Kripke revealed to EW, that we might be getting a big Terror and Butcher episode, this season. “We felt, as the writers, the fans need him. We had to bite the bullet and have one f—ing pain-in-the-ass episode to shoot with the dog, and then at the end the dog will return to the safe and comfortable place it’s been,” Kripke said. “But it does come out of retirement for one more mission with Butcher, and so we can at least put Butcher with Terror for one big episode.”

Check out the teaser of ‘The Boys’ season 2, as you prepare for the “diabolical” ride!