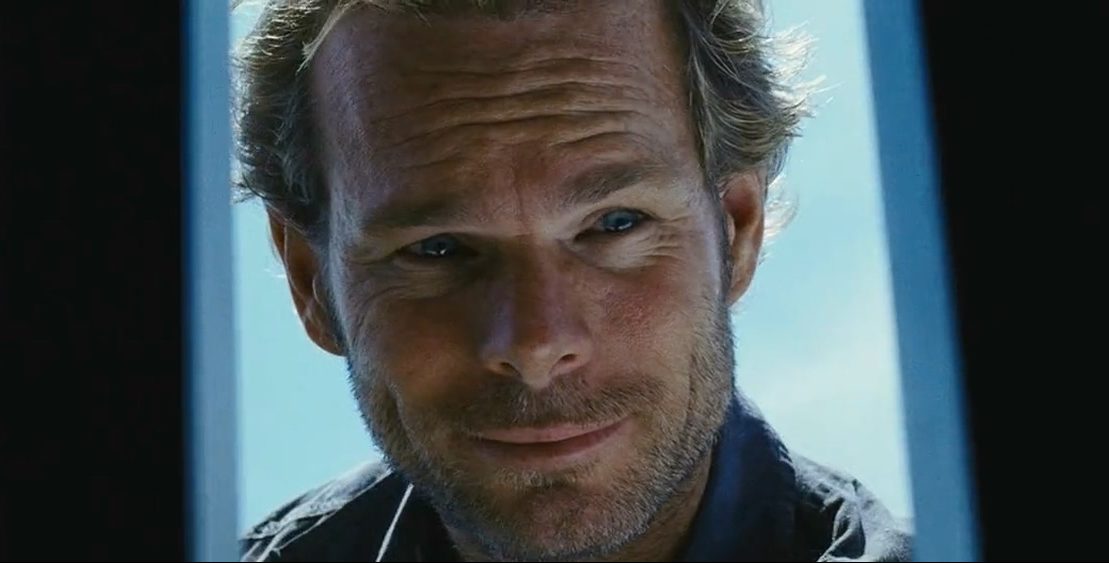 Bruce Hunt directed the 2005 horror thriller movie ‘The Cave’ from a script penned by Michael Steinberg and Tegan West. The taut and ominous crew movie revolves around a group of expert cave divers who are called to jump into a dark and sinister cave in the far-flung Carpathian Mountains. Their early enthusiasm withers as they come to face a horde of unearthly creatures at the bottom of the horrific cave.

The cast ensemble comprises noted stars such as Cole Hauser, Lena Headey, Rick Ravanello, Eddie Cibrian, Marcel Iures, Piper Perabo, Morris Chestnut, and Daniel Dae Kim, and the drama is fraught with a jarring camera and occasional jump scares. The finale is open-ended, and a menacing suggestion keeps the audience guessing. If you seek to revisit the penultimate moments of the story, let us guide you through the maze of the parasite-infested underground tunnels. SPOILERS AHEAD.

The story unfolds in the mysterious site of an Eastern Orthodox abbey deep in the Carpathian Mountains. Centuries after its collapse, during the Cold War, a group of plunderers probe into the monastery, searching for treasures. They discover the abbey, which is seemingly built on a sprawling cave network. They try to blast their way into the tunnels, initiating a ripple effect throughout the caves. The resulting landslide traps them inside, and they descend further in search of an exit. They hear ominous sounds in the bleak darkness.

Fast forward to the present day, a group of researchers led by Dr. Nicolai seeks to unearth the mystery of the winged demons depicted in the fragmented murals of the abbey. Local biologists believe that the cave system conceals an ecosystem not yet documented by science, and Dr. Kathryn Jennings from the team is looking into the ecology of the tunnels. There is also Alex Kim, the cameraman, who is helping document the research project visually. However, diving into the tunnels would require a skilled group of spelunkers, and Dr. Nicolai knows a group who would be able to pull off such a daunting task.

Along the shorelines of Mexico, the diving group — led by Jack and Tyler McAllister — accomplishes a mission before getting a call from Dr. Nicolai, and they are happily onboard. The team of adrenaline junkies includes climber Charlie, sonar specialist Strode, first scout Briggs, and survival expert Top. They fly to the research site with a modified rebreather capable of keeping a person alive for 24 hours while submerged in water, hoping to score some bounty.

Tyler is eager to be the first scout, but Jack decides to send Briggs into the water. Everyone is busy cracking jokes until Briggs has a minor technical glitch, and Strode follows to assure Briggs’ safety. On their way back, Strode is attacked by an unearthly creature and instantly dies from an explosion of his water jet. The others are now locked inside the caves in a reiteration of the past, and they must now find a way out. Meanwhile, the cave lifeform stalks them, waiting for an opportune time to attack.

The Cave Ending: Who Die in The Cave?

The diabolical and damning symbol of the cave is an almost palpable articulation of the literal hell of Cold War-era Eastern Europe. The cave conceals a lot of secrets and even an otherworldly ecosystem of its own. The layers of history endow it with a further ghastly demeanor – after trapping people within for centuries, the cave is a graveyard. In the skilled team, too, there are some casualties. Only three come out alive in the final moments, but let us recollect what happens in the dark.

After the explosion, Strode is seemingly dead, while the others look for ways out of the cave. Calling a rescue team is hopeless since they are the most skilled in their vocations. Following the cave-in, they descend further down, following the water stream. Jennings and Nicolai keep looking for answers in the Titan Hall, and Jennings discovers a strange parasite in all lifeforms in the cave. This parasite is different than the one found and documented, and the unearthly creatures are probably the result of widespread parasitic infection.

Top and Jack have an encounter with a sizable creature, and Jack gets stung. They get another sample to experiment on while Jack is seemingly infected. From crabs to fishes, all the mutated creatures have the same translucent quality. They stumble upon the remains of the plunderers and, after some brawl, move further down. While floating down a series of waterfalls, Nicolai is attacked and gets separated from the group. His fate is not bright since the rest of the team finds no remains.

After Nicolai, it is Charlie’s number to embrace a visceral death. Following Jack’s advice, Charlie attempts to climb into another cave. She clears the team for progressing, but then her eyes find a dreadful creature. She freefalls and seemingly evades death, but the animal can fly. This is perhaps the demon depicted in the murals, and while the audience holds the thought, Charlie falls on the cliff and dies. Jack transforms in front of the others’ eyes, and they end up in a conflict regarding what to do with Jack.

Rationalizing the situation, Jennings, Alex, and Briggs go their ways, while Top and Tyler remain loyal to Jack. In the final frontier, Briggs dies defending the others. It seems that the mutated creatures are intelligent as they hijack the rebreather necessary for the last leap. After evading death once, Alex is killed even before he can jump into the water. Kathryn Jennings teams up with Tyler and Top, and they leave the world of the underground tunnels. Jack reinstates his humanity by seemingly sacrificing his own life, but his death is not a certainty.

Is Jack Dead or Alive?

Jack being infected by the parasite becomes evident after showing physiological and behavioral anomalies – his face turns paler, his eyes become slanted, and his reflexes become sharper than usual. Something moves in his eyes, and he does not speak the same. After Charlie’s visceral death, Kathryn is cautious about taking any chances of an infection. Her research suggests that the mutated humans turn into the mythical winged demons, like the one that killed Charlie.

Reasoning against saving Jack, Jennings, Alex, and Briggs go their ways, while brother Tyler and loyal Top tend after Jack. The renegade team does not succeed against the invisible force, and only Kathryn reunites with Tyler and Top. The trio exit the caves, while Jack remains to tackle the creatures. Jack may die at this juncture, but if we believe Kathryn’s research, we would know that Jack gradually transforms into the winged mutant of the fables.

The finality of the tale is almost well-rounded, as Top departs from his old vocation. Tyler and Jennings meet for coffee, and anticipating Jack’s transformation, Tyler asks the biologist whether the lifeform can survive in the civilized world. Kathryn divulges that she initially thought the organism could only survive in the ideal atmosphere of the caves. However, now she has seemingly changed her mind and believes that the parasite wants to come out into the world.

As the camera probes into her eyes, something moves in them, and it is the same movement we previously detected in Jack’s eyes. At this juncture, Tyler realizes that Kathryn is infected, and she seeks to infect others. Kathryn walks up from her chair and becomes indistinguishable in the swarm of pedestrians as Tyler desperately tries to locate her. The movie comes to a close with this massive cliffhanger, while the future remains open to possibilities.

Read More: Is The Cave Based on A True Story?