The Champion Family Murders: Where is Ryan Champion Now?

In October 2014, a horrific tragedy at a farmhouse in Cadiz, Kentucky, shocked everyone. Lindsey Champion, his wife, Joy, and their daughter, Emily, were murdered along with a fourth person who seemingly had no relation to the family. The only survivor was Ryan Champion, the son. Investigation Discovery’s ‘Devil in Suburbia: No Son of Mine’ focuses on how the authorities poked holes in Ryan’s story and eventually brought him to justice for the killings. So, let’s find out what happened then, shall we?

How Did the Champion Family Die?

Lindsey Champion worked for the local Farm Credit Services for nearly four decades before retiring. The hard-working 62-year-old spent time tending to the animals on the farm and enjoying life with his 60-year-old wife, Joy. She worked as a teacher for more than 30 years and was retired at the time. The couple had two children, Ryan and 31-year-old Emily. At the time, Emily was employed as a veterinarian in Louisiana and was home for the weekend for a visit.

On October 26, 2014, Ryan rushed to a relative’s house close by and asked to call 911. Once the authorities arrived at the Champion residence, they made a terrifying discovery. Lindsey, Joy, and Emily were found dead in different rooms. As per the show, they were shot in the head. The police also found another dead body at the door, that of a 22-year-old Vito Riservato, who also had a gunshot wound to the head. The nature of his relationship with Ryan would become crucial to the investigation.

Who Killed the Champion Family?

Given that Ryan Champion was the only survivor, the authorities were eager to hear what he had to say. As per the show, he worked in construction and had known Vito through work. But sometime before the incident, Ryan had taken Vito home and introduced him to his family. At the time, he claimed that Vito seemed taken with Emily and hit on her. On the day of the incident, Ryan was home to show Emily how to use a firearm and had left it on the counter when he claimed Vito came in and got hold of the gun.

According to Ryan, Vito bound him and Emily up with duct tape and held them at gunpoint until Lindsey and Joy came home. At that point, Ryan claimed Vito ran outside, and he heard several gunshots. Then, he stated that Vito returned and shot Emily. Ryan added as Vito was about to reload, he struggled with him and ultimately got a shot off, killing Vito. However, the story didn’t seem to line up with the evidence at the scene. According to the show, given the number of live rounds and gunshot wounds, Vito would have had to reload earlier than when Ryan claimed it happened.

Vito’s roommates told the police that he was out of a job and had been talking about getting paid a lot of money to kill someone. It appeared that Ryan had hired Vito to have his family killed, but the motive was unclear. The police also believed that Ryan killed Vito after the murders so that he didn’t have to make the payment and probably because he would have been a liability. Then, they learned of Ann Plotkin, a friend of Ryan’s. Phone records showed constant communication between her, Ryan, and Vito, and they discussed how to carry out the murders.

Furthermore, surveillance footage from a local restaurant had the three of them meeting sometime before the incident, possibly to discuss the plan. Ryan was soon arrested for the crimes, but initially, he maintained his innocence. He said in a TV interview, “I know what happened. I know who was where and who did what. Their evidence is not as strong as they led everyone to believe. This is a good time to celebrate. This is the first chink in their armor.”

Where is Ryan Champion Today? 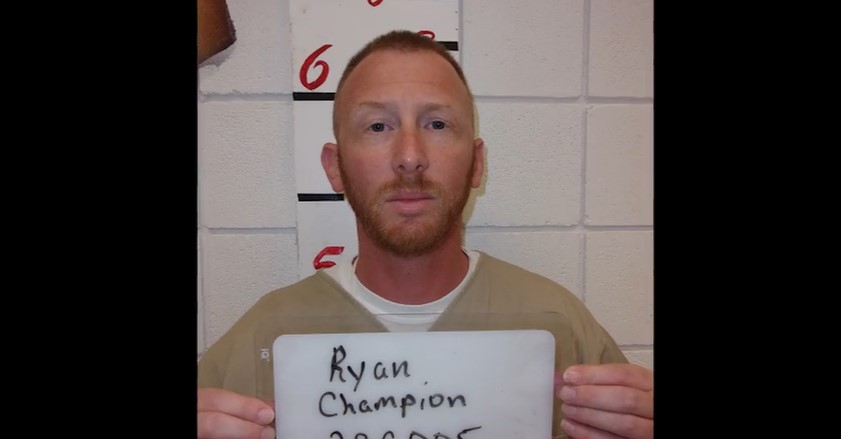 In December 2016, Ryan Champion, then 38, agreed to plead guilty to four counts of murder and one count of kidnapping (because Emily was bound by duct tape during the shooting). As a result, he was sentenced to serve life in prison without the possibility of parole. Ann was also sentenced for her role in planning the murders; she died due to a terminal illness in 2019. Prison records indicate that Ryan remains incarcerated at the Eastern Kentucky Correctional Complex in West Liberty, Morgan County.