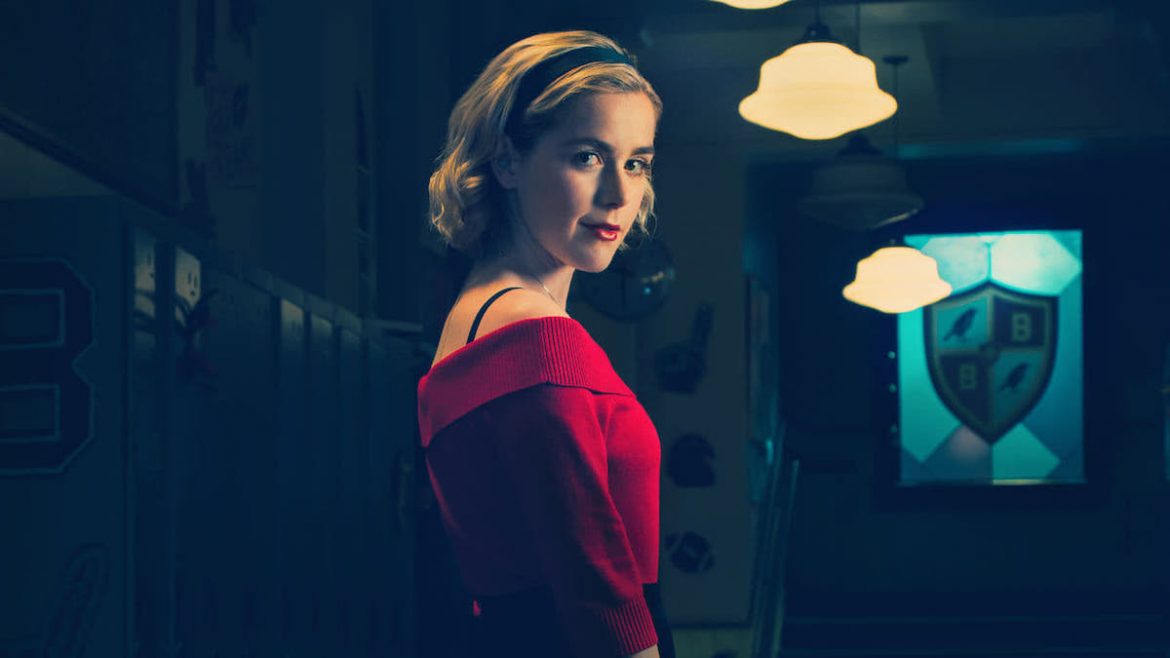 Part 2 of ‘The Chilling Adventures of Sabrina’ picks up after the teenage witch is forced to sign her name in the Book of the Beast. With her witch side fully embraced, she begins to tap into her potential, while understanding the machinations of the witch world and politics. New challenges present themselves and she struggles to keep in touch with her mortality. However, in the end, the true threat remains the one that she had been scared of since the beginning, and she is forced to confront it. If you haven’t caught up with the show, head over to Netflix.

With the prophecy fulfilled, the Dark Lord is free to roam the Earth in his true form. He seeks out Lilith, and then Sabrina, to kickstart his plans for the Apocalypse. Sabrina tells her aunties about it, and they agree that Sabrina is just a child to fulfil the Dark Lord’s wishes and hence, must not subdue to him. They make plans to keep him at bay, but then, Ms Wardwell shows up. She reveals her true identity as Lilith and offers to help them against Satan.

Even though there is an initial hitch in the plan, Sabrina manages to come up with a way to trap the devil if not kill him. Her father’s Acheron Configuration is supposed to imprison demon of any kind, and theoretically, it should include the Dark Lord as well. With the help of Harvey, Roz and Theo, the Gate of Hell is kept shut and the witches go about their plan.

They let the Dark Lord think that Sabrina has agreed to be his queen, while also being her daughter, and perform the coronation ceremony. When the time is right, they bind him in the configuration, but he breaks free. Lilith manages to constrain him, but he is too powerful for her to maintain the hold for long. Nick offers himself to serve as the prison for the Dark Lord.

The Church of Lilith 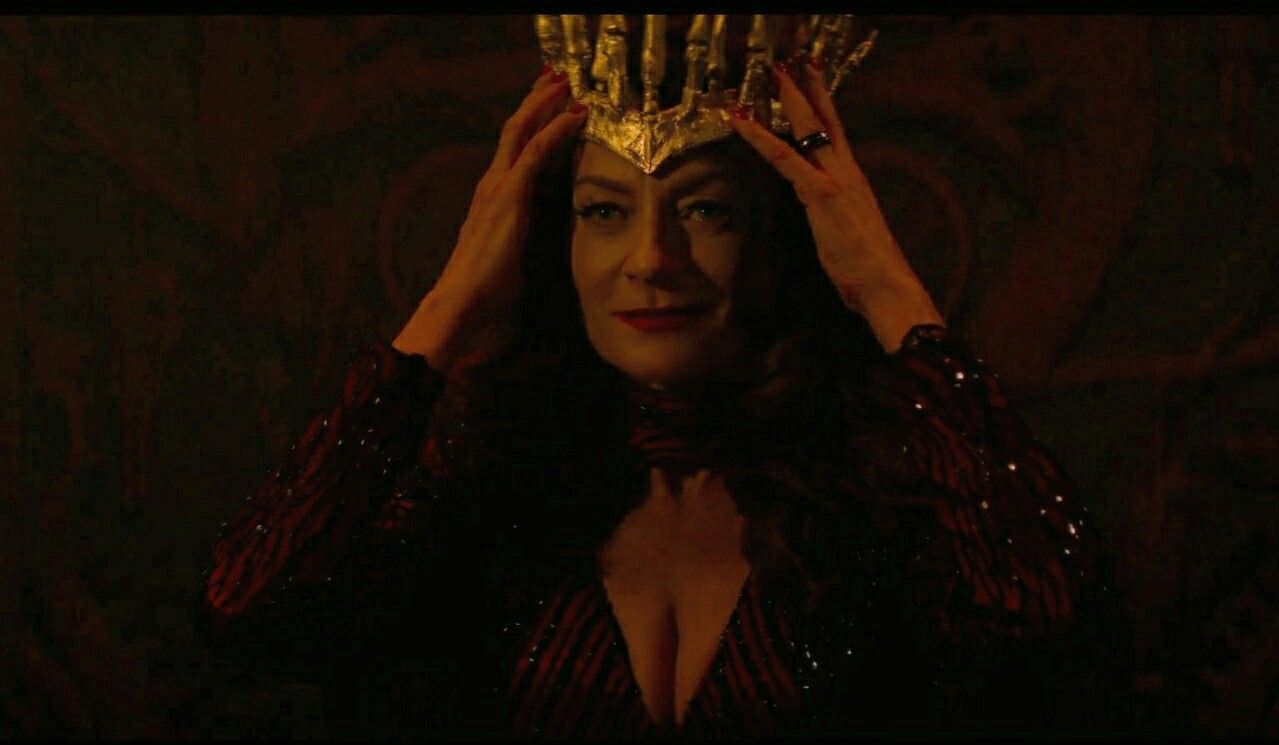 The Dark Lord imprisoned in Nick’s body means that Nick has been possessed by him. This is not a good situation for either of them. The Dark Lord can’t break out, which means his powers are limited. However, he can torture Nick, who is stuck with him. On top of that, Lilith finds it best that Nick/Dark Lord is taken to Hell. They put a sleeping spell on him, but that won’t work for too long. When he awakens, he will destroy Greendale.

Lilith finally gets her longstanding wish to be the Queen of Hell. Her initial plan included the Dark Lord by her side, but she has moved on from him. Especially after he killed Adam. She had been loyal to the Dark Lord, asking for nothing but her rightful place in return. But it becomes clear to her that the Dark Lord’s plans only have her as a foot soldier. Seeing that Sabrina isn’t ready to serve the Dark Lord, she joins forces with her to defeat him and take the crown for herself.

In the end, it works pretty well for her. Now, she is the sole ruler of Hell, and she also has the Spellman family in her good graces. She gives Sabrina her powers back as the first gift. As the second gift, she lets go of Ms Wardwell’s body and allows her to be herself again. 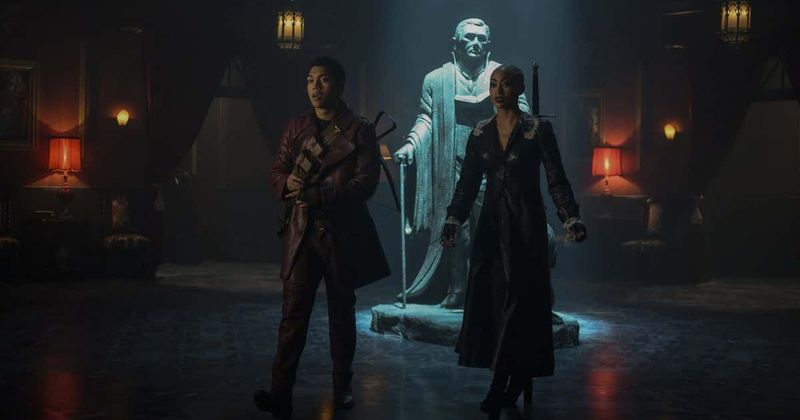 There was only one thing Prudence ever wanted- the Blackwood name. She wanted to be accepted into the family and was ready to do whatever it took to get that. She served Father Blackwood in all ways possible; she even agreed to his misogynistic plans for the Church of Judas. Despite knowing what an evil man he was, she had the hope that he would accept her one day. And it finally happens. But when the Dark Lord arrives, Blackwood does what he is best at. He leaves behind everyone, trying to save his own skin.

He poisons the entire coven and also has some nefarious plans regarding his twins. She had tried to kill him previously but had always been interrupted. Now that she knows exactly what Father Blackwood is made of, she decides to put an end to his schemes. She is joined in this quest by Ambrose. He thought he could find a father figure in Blackwood, but then he realised that the High Priest cares for no one but himself. He implicates Ambrose in the murder of the Anti-Pope and tries to kill him too. Blackwood’s plan was to annihilate the entire Spellman family. He marries Zelda, only to turn her into a version of a robot wife. This unites Ambrose’s cause with Prudence, and when Greendale has been saved, they embark on their own path to revenge.

The Ending: The Next Adventure of Sabrina 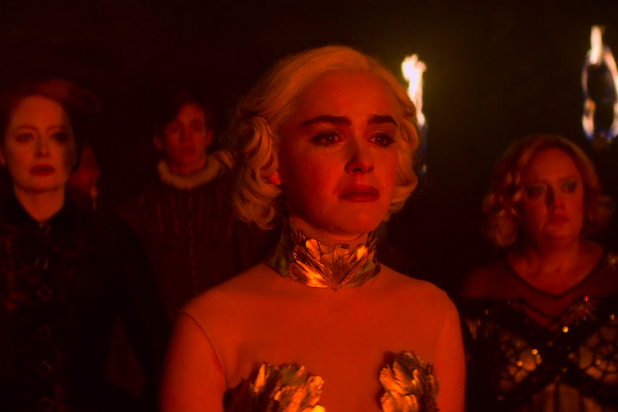 The Dark Lord had been the bane of Sabrina’s existence. She didn’t want to sign her soul over to him but had to. She didn’t want to bring him back to Earth but does so unknowingly. She doesn’t want to rule beside him. Thankfully, she doesn’t have to. She is ready to lose her witch powers and even does so. With the help of her family and friends, she deals with the problem. Happy with her, Lilith gives Sabrina her powers back, no strings attached. Now that all is back to normal, as much as it can be, in the town of Greendale, you’d expect her to go back to normal too.

The fight, however, is not over yet. Nick betrayed her, but they did love each other and he sacrificed himself in the end. Also, no matter what he did, he doesn’t deserve to rot in hell with the Dark Lord tethered to him. This is why Sabrina plans to break into hell and get back Nick. She doesn’t know how to do that, but she will come up with something. She does know how to kill the Dark Lord; he had mentioned that only the Spear of Longinus can kill him. Finding this weapon would be a start. Also, entering hell shouldn’t be such a problem now that she is on good terms with the Queen of the place.