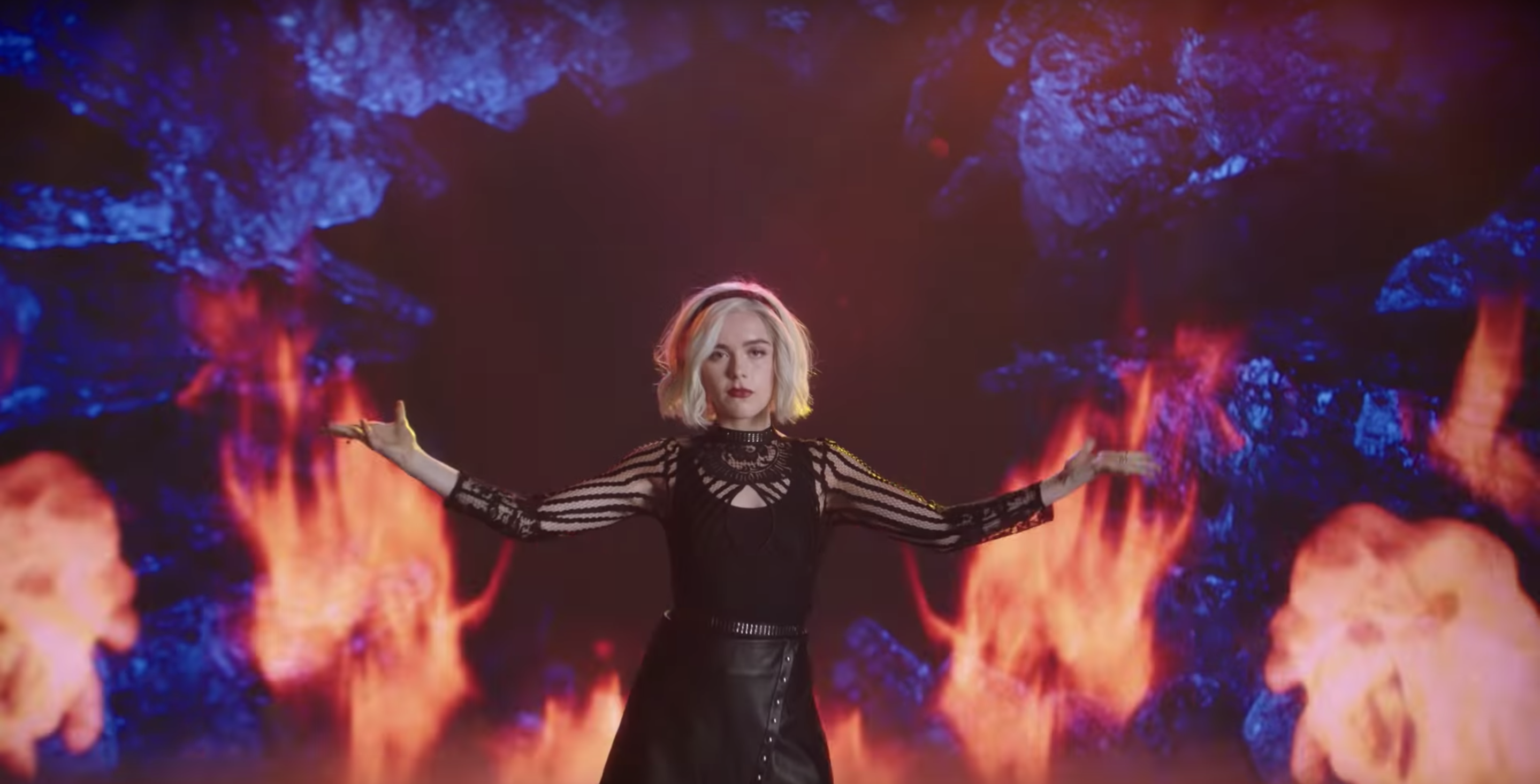 They say that things get worse before they get better. For Sabrina and her coven, it couldn’t have been worse, and perhaps, that should give them hope. The previous episode of ‘The Chilling Adventures of Sabrina’ had seen every threat to her and her friends walking free in Greendale. Even the Dark Lord, who had been chained up in the dungeons of the Academy, was let loose after a suffering Nick tried to find a reprieve. With a deadline from the pagans and their batteries almost exhausted, the witches are dangerously close to rock bottom.

‘The Devil Within’ begins with Ambrose and Sabrina trying to help Nick. To forget his pain, he traded with the Dark Lord for the drugs that would give him a high that would never wear off. In exchange, he set Satan free. Even after having tried the best methods on Nick, Ambrose notices that his situation is getting worse, and there is a very dark reason behind that. He would take care of it, but there are others who need his attention too. Dorcas has been turned into stone, like Roz. And Agatha has turned into a maniac.

Two witches consider surrender to the pagans, but only one of them returns to tell the tale. Knowing that surrender was never an option for them, Zelda expresses the need to contact other wayward witches and ask them for help in this dire situation. Ambrose comes up with a plan to save the day and all the witches come together to harmonise their remaining powers and send out their cry for help. However, none of their plans goes smoothly as the Dark Lord is out there sabotaging everything for witches as well as for mortals.

While Sabrina would love to help out her coven, her friends and her boyfriend, her duties as the competitor for the Queen of Hell demand her attention. The next round is invoked and this time, Sabrina and Caliban have to travel back in time to retrieve a relic that no one has ever been able to lay hands on. As if all of these problems weren’t enough, Hilda realises that the pagans have cast a spell on her and she might be turning into the arachnids she so lovingly called her pets.

Things move fast in ‘The Chilling Adventures of Sabrina’ as the entire Greendale is on red alert. The witches are trying to hold on to anything that will keep them from drowning, but with their own god working against them, nothing is easy. Even though all episodes of the show are fast-paced and jump quickly from one character to another, this one, in particular, seemed to be brisker than others.

One of the great things about the show is that despite having its protagonist as the central driver of the plot, it has also created a legion of characters around her, with every single one of them receiving their due attention. Even if we are interested in what’s next for Sabrina, we are not distracted enough to not stop and wonder what happens with other characters. From Harvey, Roz, Theo, and now, his love interest to Sabrina’s aunties and Ambrose, from the Weird Sisters and Nick to poor Ms Wardwell as well as her doppelganger Lilith, there is a horde of characters that we need accounted for. And the absence of even one of them stands out, which is to the credit of the show.

With everyone running here and there to seek help or to find a solution or to defend themselves or to attack back, it gets more chaotic than it has ever been in Greendale. This puts to test the character of everyone, witches and mortals, alike. Ambrose proves exactly why everyone absolutely needs him around. He works like an octopus, handling multiple problems at the same time, and saves the day for almost everyone. He truly is the Hermione Granger of Greendale.

After having lost the first round to Caliban, simply because he had cheated, Sabrina decides to give him a taste of his own medicine this time around. However, it does not prove as fruitful for her as she might have hoped, especially when we see a flicker of change in Caliban, even if for a moment. With her coven’s power dying out, she knows that winning the throne to Hell is the only way she can fix things. Too much is at stake here, and her impudence might not sit well with Caliban. But it is still not too late. Perhaps, she can mould him in her favour. He is made of clay, after all!