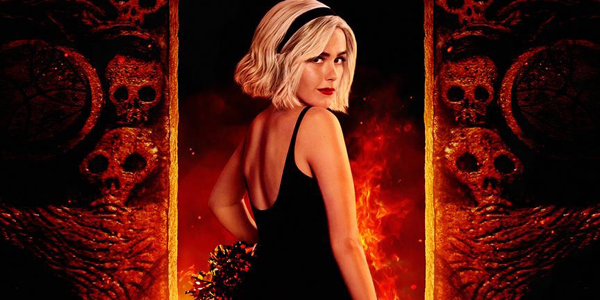 ‘The Chilling Adventures of Sabrina’ returns for another great season that takes you into the pits of Hell and back. Even when Nick sacrificed himself for the greater cause, Sabrina is not the one to let sleeping dogs lie. She will tear apart Hell if she has to in order to save him. Soon, one thing spirals into another and she finds herself making unexpected decisions. If you haven’t yet seen the show, head over to Netflix. Here we break down the final episode and ponder upon the ending that makes us worried for the residents of Greendale.

With Nick in Hell, Sabrina comes up with a way to free him while transferring the Dark Lord into someone else. However, her visit to Hell takes an unexpected turn when she is forced to claim the throne and has to compete against Caliban, the prince of Hell, to maintain her supremacy on it. Meanwhile, Prudence and Ambrose search for Father Blackwood and discover that an ancient danger is knocking on the doors of Greendale. The witches suffer from diminishing powers and have to look for alternative sources. 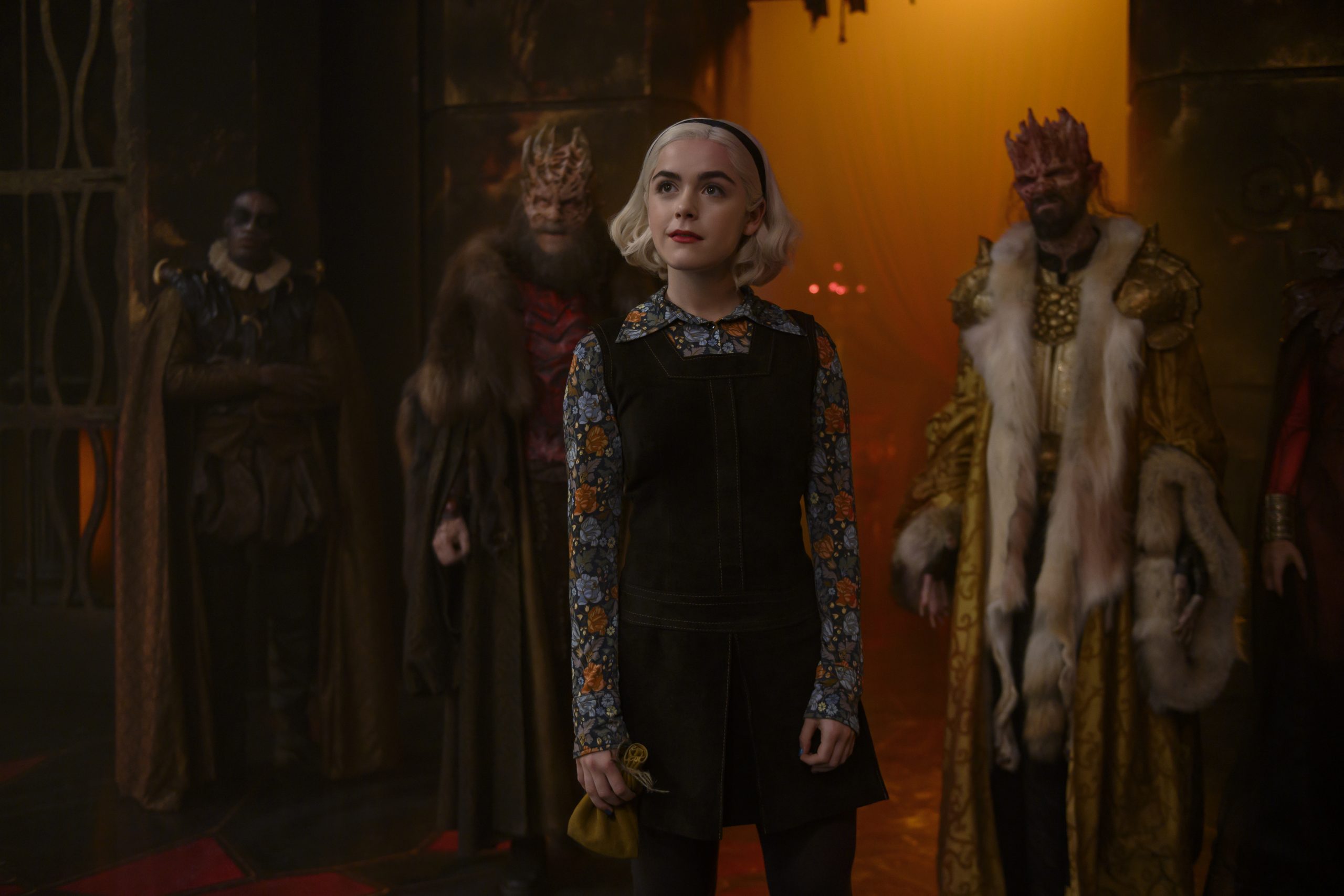 With everyone else dead and gone, Sabrina has to rely on herself to save everyone, including herself. Future Sabrina sets her free, and while taking her place in the stone, asks Present Sabrina to come back to the ninth circle of Hell and replace her, once the task is done. Present Sabrina goes back to Greendale and discovers that everyone is dead, except Ambrose. With the power of the three regalia and the egg that Ambrose had seized from Blackwood in Scotland, they go back in time to the day the apocalypse began.

The first task is to alert everyone and save them from certain death. The next step in the plan is to defeat the pagans. With that done, Sabrina returns to Hell to close the time loop. However, she chooses a different point in time to return to. Instead of going back in stone and freeing Future Sabrina, she alerts Past Sabrina, who is on the third quest of collecting Judas’s coins while Present Sabrina is saving Greendale and setting the timeline right.

According to other time travel stories, the two Sabrinas should merge into one, but that doesn’t happen here. Past Sabrina and Present Sabrina make a deal that serves both of them well. Sabrina had always been torn between the allure of power and her wish to be a normal teenager. Now that there are two of her, she decides that it was about time she had the best of both worlds. Past Sabrina goes to the Pandemonium with Judas’s coins and declares herself the winner. This follows the coronation ceremony, and Past Sabrina is crowned as the Queen of Hell.

Meanwhile, Present Sabrina goes back to her family to live a normal life. Ambrose suspects her and she comes clean to him. This is where he warns her that with two Sabrinas out and about, a paradox has been created in the universe and this will call for payment on her part sooner or later. Sabrina doesn’t seem so worried about it, as she is still relishing her recent victory over the pagans and Caliban. Only time will tell what problems this paradox will create for her.

The Order of Hecate 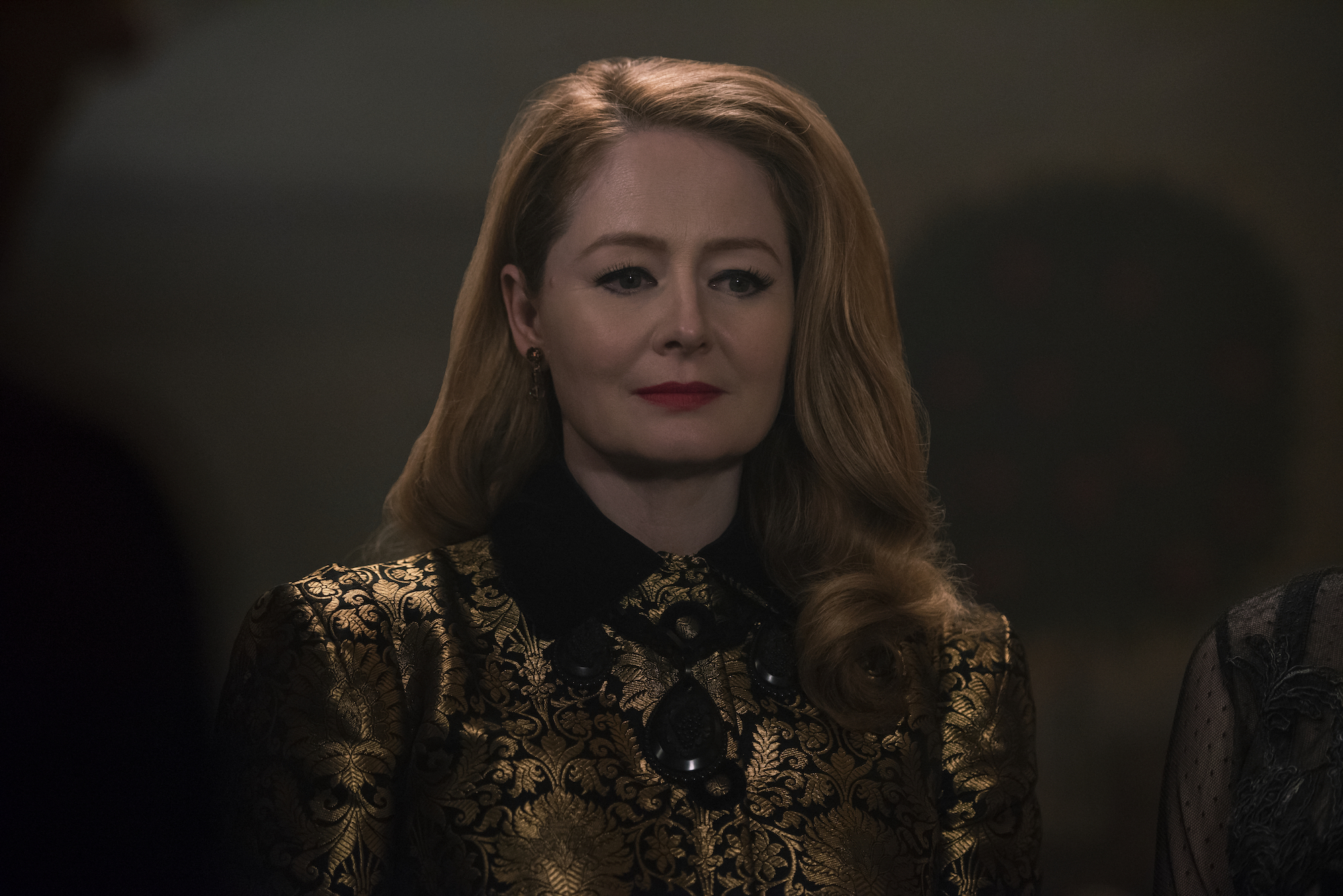 The fall of the Dark Lord led to the waning of the powers of the Greendale witches. Throughout Part 3, they had been trying to find different ways to replenish themselves. From trying out the moon bath to using the ancient stone to amplify their powers, they had a number of tricks up their sleeves but none provided a permanent solution. Zelda finds it while hanging between life and death.

After getting shot by Ms Wardwell, Zelda spends some time in limbo. There, she meets with Hilda and Edward. The siblings talk to each other about Sabrina, and then Edward takes them through scenarios which help Zelda find an alternative to the witches’ powers. It turns out that the answer was in front of them all along. They just had to pray to another goddess, someone who had no connection whatsoever with the Dark Lord and would give them power without asking for anything else in return.

Their new patron is Hecate. She is the Greek goddess who is associated with magic, witchcraft, necromancy and sorcery, among other things. With the introduction of pagans in the story, it comes as no shock that the witches of Greendale have now looked for power towards something completely unattached to Lucifer. The Church of Night is now the Order of Hecate. The cut-off from the Dark Lord means that the witches don’t have to beg him for power anymore, and most likely won’t experience the waning again. Whether or not their goddess shows up to demand something of them is still far into the future.

The Ending: The Coming of the Eldritch Terrors 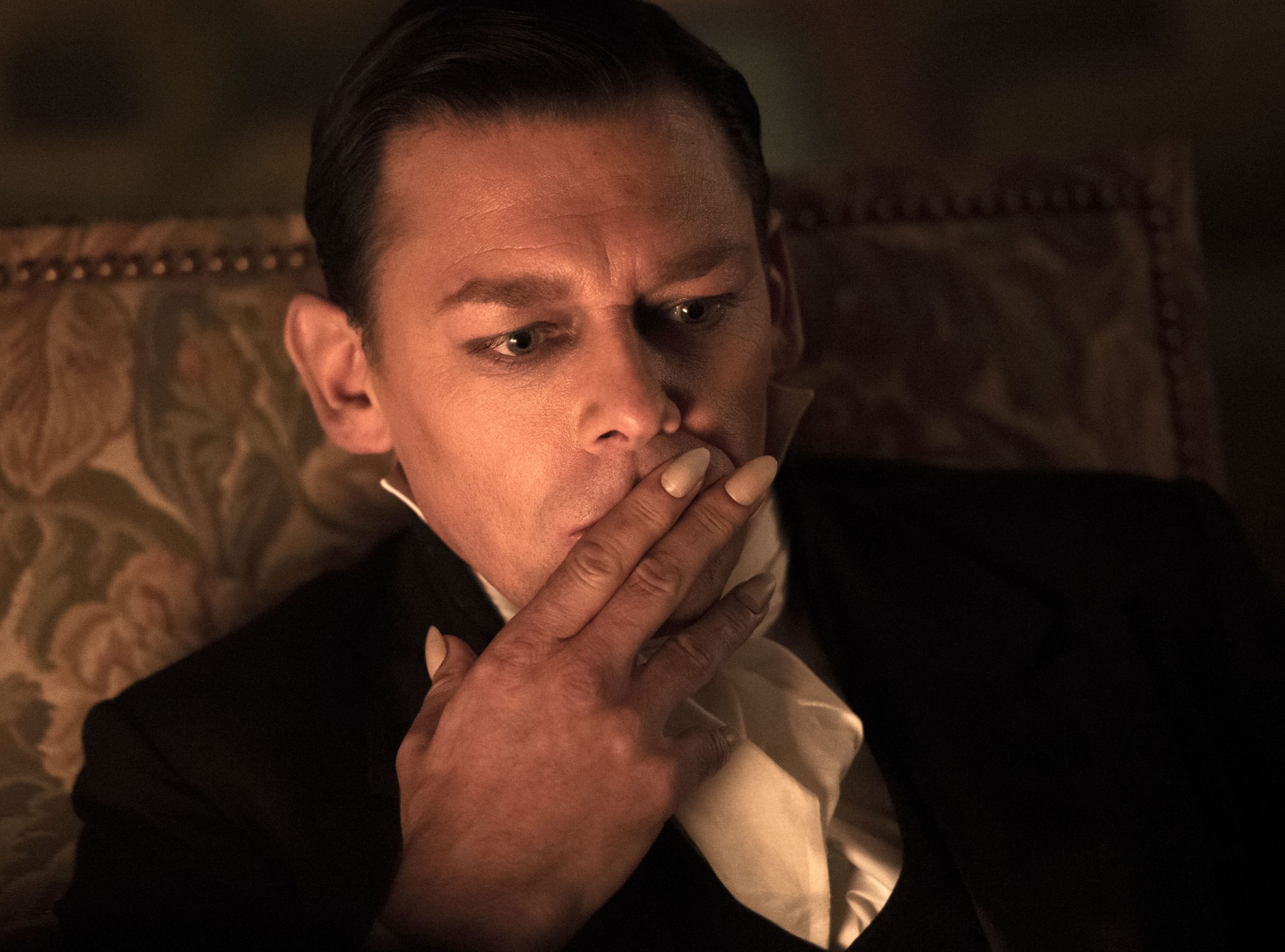 With so many things on her mind, especially the end of the world, it is understandable that Sabrina forgot to take care of an important enemy. Even though Prudence had been after Father Blackwood, she got distracted, trying to avert the apocalypse, and this could be the worst mistake made by them. In the second episode, Prudence and Ambrose had found Father Blackwood in Scotland, with the grown-up twins and a mysterious egg. Ambrose and Sabrina used it, time and again, to save the day(s), but, in the end, forgot to keep track of it.

Taking advantage of everyone else fighting the pagans, Father Blackwood completes the ritual and summons the eldritch terrors, the ones he had warned Prudence and Ambrose about and the thing he had mentioned to Lucifer as well. Because Blackwood has seen their power, he knows that Lucifer is nothing in front of them, which makes him worship them rather than the fallen angel. Now that he has completed the ritual, something has been released from the egg.

In the next part of ‘The Chilling Adventures of Sabrina’, the eldritch terrors will descend on Greendale with all their wrath, and Blackwood will most probably be the one possessed by them, or at least, he will be the one doing their bidding. Present Sabrina might have to ask for Past Sabrina, who is the Queen of Hell now, to come to the rescue, which means the Dark Lord too would fight beside them, even though he might scheme against Past Sabrina once his male heir has been born. One thing is for sure, the eldritch terror is nothing like Greendale has witnessed before and it would require all hands on deck if they are to make it out in one piece.