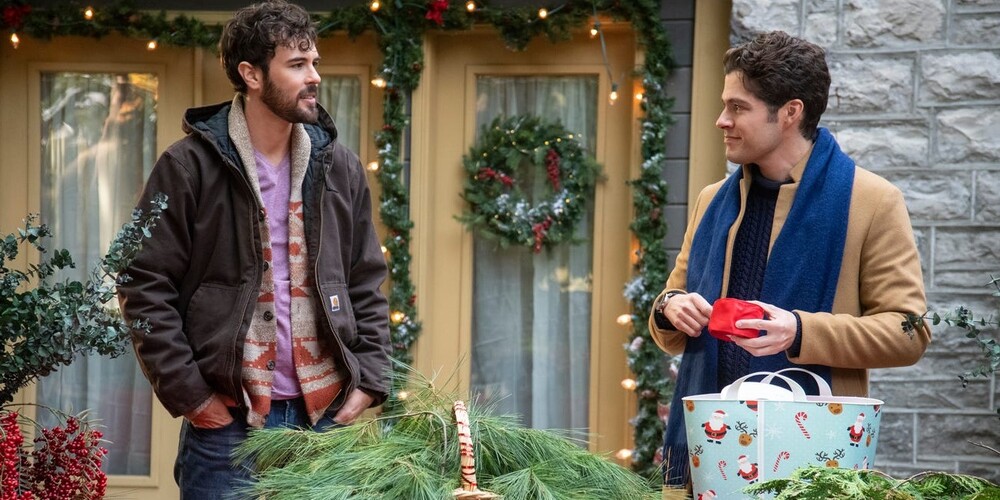 ‘The Christmas Setup’ is Lifetime Channel’s first-ever holiday movie that centers around a gay couple. While LGBTQ+ characters have turned up in more and more made-for-TV films in the last couple of years, Lifetime has never had a central romance featuring a gay couple in their movies until this one. So that makes ‘The Christmas Setup’ kind of a big deal. It seems the network was dead set on authenticity and proper representation because the movie is written by Michael Murray and directed by Pat Mill, both members of the LGBTQ+ community.

The story of ‘The Christmas Setup’ revolves around Hugo, a New York lawyer, who goes home to Milwaukee with his best friend Madelyn to spend the holidays with his mom Kate and brother Aiden. Kate, who heads the town’s Christmas celebrations committee, sneakily orchestrates a set up between her son and Patrick, Hugo’s high school crush. As Patrick and Hugo grow closer and spend the festivities together, Hugo learns that he is due for a promotion in London. Hugo has to decide what he wants his life to look like and then choose between true love and his dream job. Curious to know where ‘The Christmas Setup’ was filmed and who is in the cast? Here’s all we know.

‘The Christmas Setup’ was filmed entirely on location in Ontario, in the Canadian National Capital Region. Filming was done during the Coronavirus pandemic with all the social distancing regulations in place. Here are more details about the specific locations where the festive film was shot!

A former mill town, Almonte is an increasingly popular filming location for made-for-TV productions. Part of Lanark County, Almonte is a scenic little town that looks right out of an old-timey picture book. It is an ideal place to shoot films and shows that are set in quintessential small-town America.

Also a part of Lanark County, Smith Falls is a small town located only a short distance away from Almonte. Smith Falls is one of the locations where filming for the Christmas-themed movie took place.

Carleton Place is a town in Eastern Ontario, not too far from downtown Ottawa. ‘The Christmas Setup’ was partly filmed in Carleton Place as well.

A small town in Renfrew County, Arnprior is located at an idyllic location. It is situated right where the Madawaska River and the Ottawa River converge in the Ottawa Valley. A few scenes from ‘The Christmas Setup’ were filmed in the town. 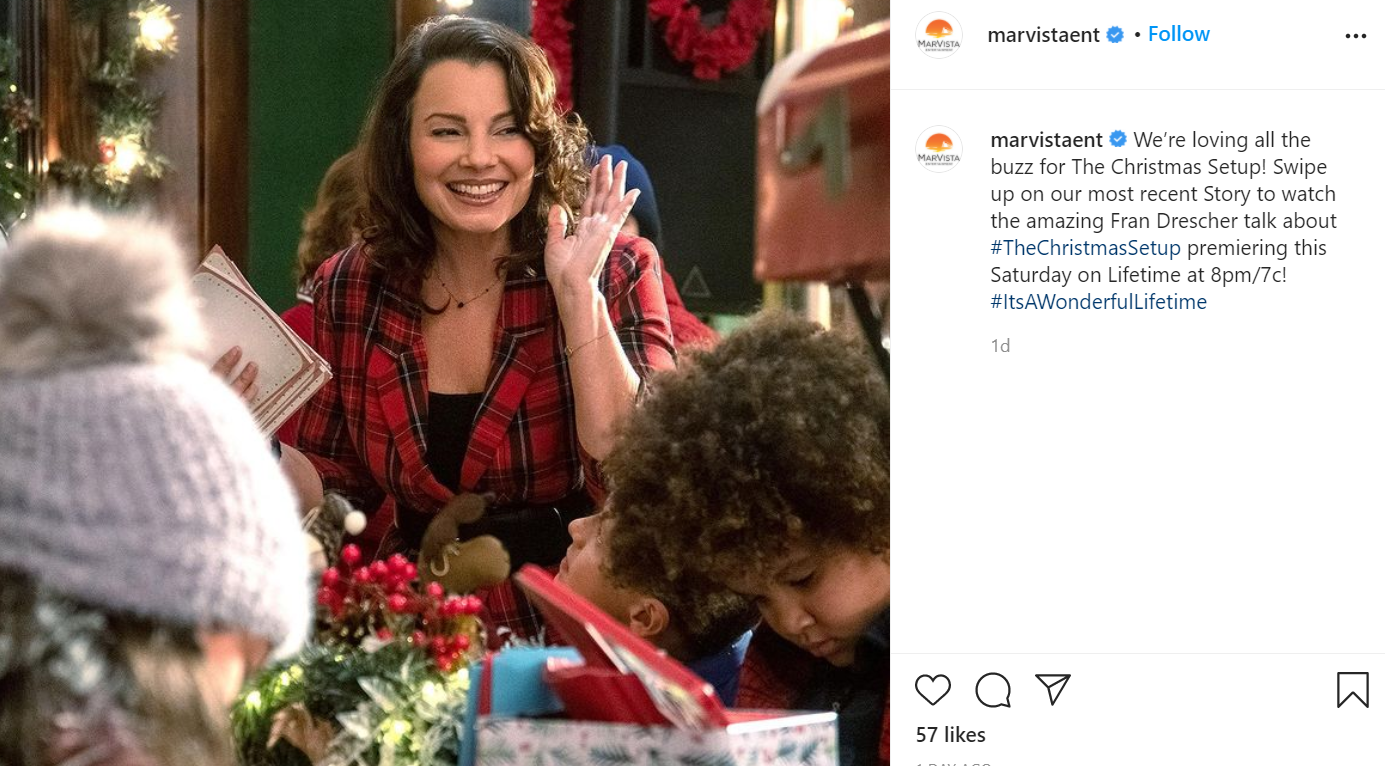 The Canadian capital also served as a filming location for this movie. The Glebe neighborhood in Ottawa was the place where scenes set in New York were filmed. The now-closed Mrs. Tiggy Winkle’s toy store (situated at 809 Bank St, Ottawa, was transformed into a Brooklyn coffee shop for the purpose of filming. 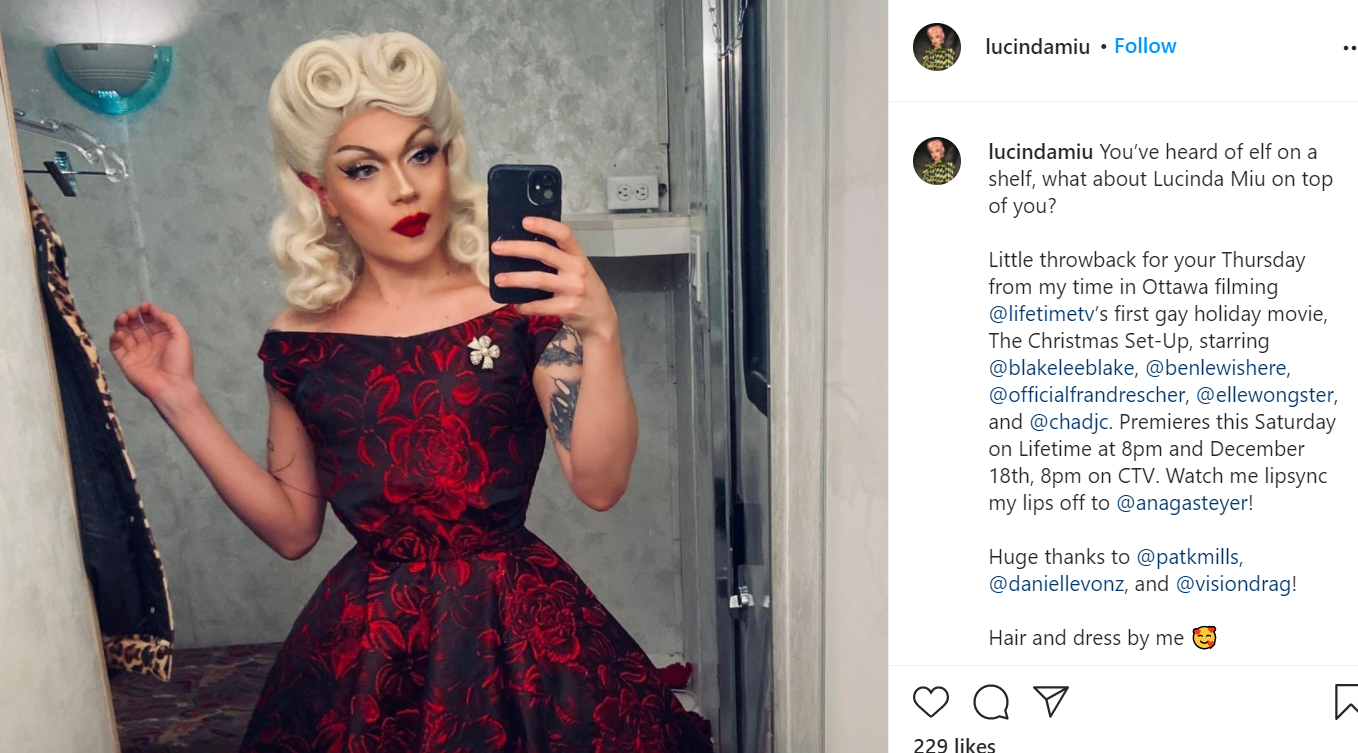 Married-for-real couple Ben Lewis and Blake Lee portray the main leads, Hugo and Patrick, respectively. The fact that the leads are actual gay stars lends a significant amount of authenticity to the film. And them being married in real-life is just the cherry on top. Ben Lewis has also previously appeared in ‘Degrassi: The Next Generation’, ‘Scott Pilgrim vs. the World’, and ‘Arrow’. You may have seen Blake Lee in ‘Wisdom of the Crowd’, ‘Parks & Recreation‘, and ‘Mixology.’

The supporting cast comprises several talented artists. Fran Drescher, known for her roles in ‘Happily Divorced’ and ‘The Nanny,’ plays the meddling matchmaker mom Kate. Ellen Wong plays the role of Hugo’s BFF Madelyn. Wong is best known for acting in ‘Scott Pilgrim vs. the World’, ‘Dark Matter’, and ‘GLOW.’