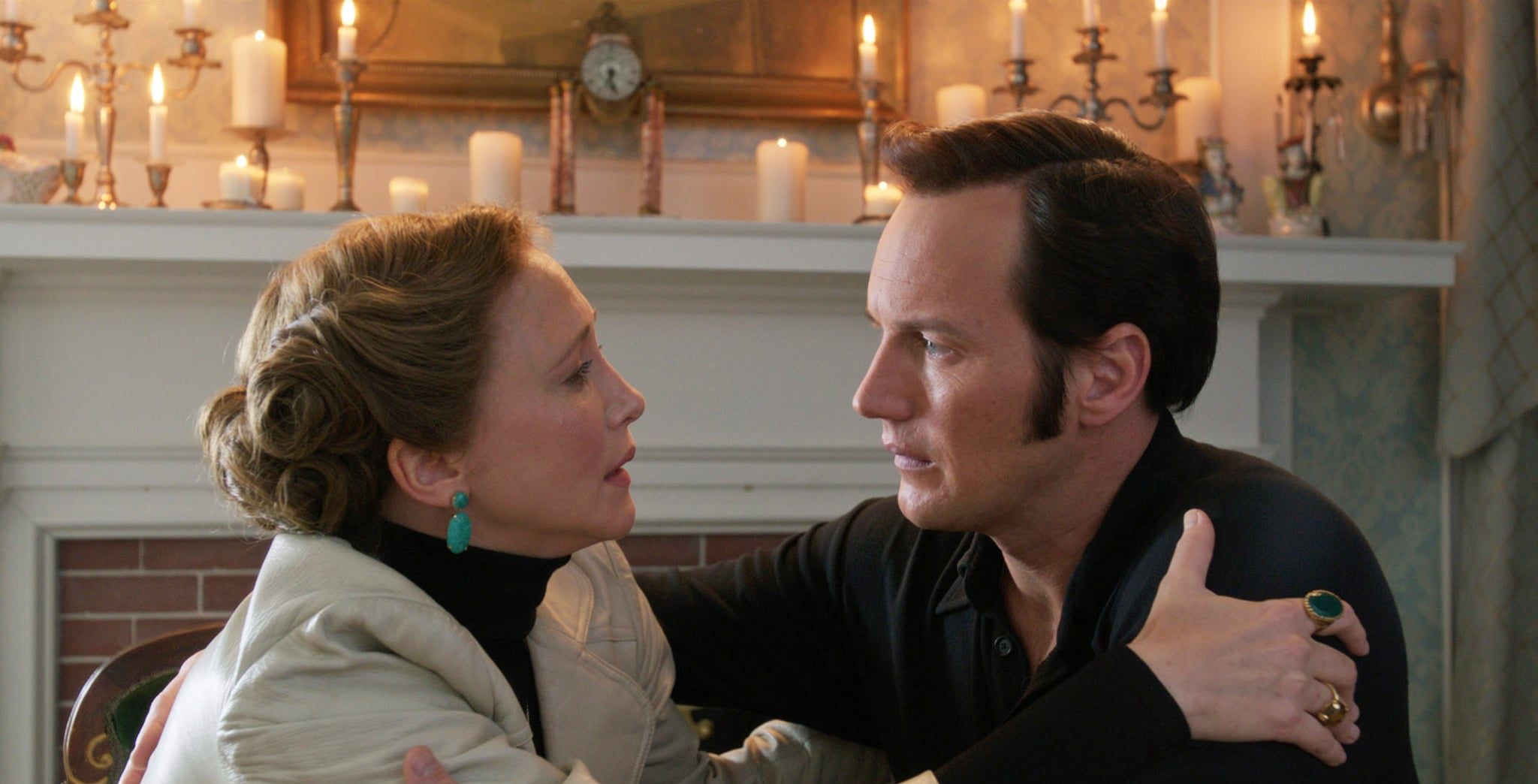 ‘The Conjuring 2’ is a supernatural horror film directed by James Wan (‘Saw’) and is a sequel to ‘The Conjuring.’ The film stars Patrick Wilson and Vera Farmiga in the lead roles of real-life paranormal investigators Ed and Lorraine Warren. The film follows the Warrens as they travel to the United Kingdom to investigate the seemingly supernatural occurrences in the Hodgson family house.

Wan, credited for breathing new life into a genre that was becoming far too clichéd and predictable, tells yet another unique and chilling tale of haunted houses, possessions, and demonic entities. By combining various aspects of paranormal investigations and relying little on jump scares, Wan has created an intriguing film that can easily cause anyone to have nightmares. We closely examine this horror-flick to answer some of the questions you might have after watching it. SPOILERS AHEAD.

In 1976, renowned demonologists and paranormal experts Ed and Lorraine Warren investigate the Amityville murders at the Amityville house to decide whether an evil presence was responsible for the murder of the DeFeo family. Lorraine has a vision where she remembers the homicides. The soul of one of the DeFeo kids leads her to the basement, where she experiences the presence of the demonic entity, the Nun, and witnesses Ed being impaled and dying. 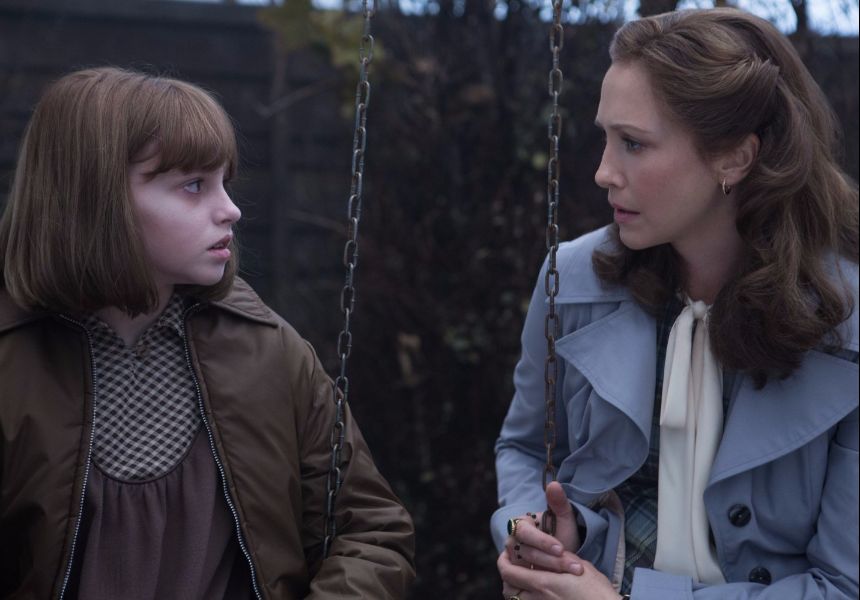 A year later, the Hodgson family starts to encounter inexplicable events in their home in the London suburb of Enfield after Janet, the second-eldest of four children, plays with an ouija board. Janet begins sleepwalking and talking in her dreams with the ghost of an older man sitting on the armchair in the house, claiming to be the house’s owner. One by one, all the Hodgson kids and their mom, Peggy, witness paranormal occurrences, and the family takes refuge with their neighbors.

The media interviews the family during which Janet becomes possessed by the older man, Bill Wilkins, who previously lived in the house and died on the armchair. During the interview, Wilkins speaks through Janet, saying that he enjoys tormenting the family and wishes to reclaim his home. Eventually, the case is brought to the Warrens’ attention, and their help is enlisted to investigate the paranormal occurrences and prove whether or not Janet is genuinely possessed.

Afraid due to her premonition of Ed’s death, Lorraine refuses to take any new cases, but Ed convinces her as the family needs their help. Lorraine agrees but warns Ed not to get too involved in the investigation. She has another vision of the Nun and Ed’s death. In the vision, Lorraine confronts the malevolent entity and scribbles something in her Bible before her daughter pulls her out of the trance. Upon arriving at the Hodgson home, Ed and Lorraine speak to other paranormal investigators, including Maurice Grosse and Anita Gregory, about the case’s authenticity.

The Warrens attempt to contact the ghost of Wilkins, and he speaks to them through Janet. Ed records these conversations on tape. One evening, Gregory presents video proof of Janet destroying the kitchen deliberately, which leads Lorraine and the other paranormal investigators to believe the supernatural occurrences are a hoax; however, Ed is suspicious. Nonetheless, Ed and Lorraine choose to leave. Janet reveals to Margaret that the malevolent entity forced her to fake the evidence to force the investigators to leave.

While waiting at the train station, Ed listens to the recorded conversations and finds out that there’s a hidden message that is revealed when both recordings are played simultaneously. The message reveals that Wilkins’s ghost is trapped in the house and wishes to leave. Lorraine has a vision, and she finds out that Wilkins and the other entity in the house, the Crooked Man, are just pawns being controlled by the entity, which takes the form of the Nun. Ed and Lorraine rush back to the house, realizing the true nature of the events and the threat posed by the evil forces at work in the Hodgson house. The final act sees the Warrens going to great lengths to help the Hodgson family, and Ed risks his own life to save Janet.

The film begins with Lorraine having a vision of the demonic entity in the form of a Nun, and she clearly sees her husband’s death. The vision occurs a few more times throughout the film, making Lorraine and the viewers worried about Ed’s fate. Towards the end of the film, the vision comes very close to turning into reality.

By the time the Warrens get back to the Hodgson home, Janet is completely possessed and has locked her mother and siblings outside the house. Ed enters the house through the basement, and Lorraine tries to follow but is locked out. After a run-in with the crooked man, Ed discovers Janet at the window sill, on the verge of committing suicide. Lightning strikes a tree in the front yard, and it transforms it into the object that impales Ed and kills him in Lorraine’s visions.

Lorraine realizes the entity revealed its name during a vision which she scribbled down in her Bible. Ed leaps after Janet, who jumps from the window, and grabs her with one hand while holding on to the curtain with the other. The curtain starts to rip apart slowly, but Lorraine arrives and confronts the demonic entity. She calls it by its name, Valak, which weakens the demon and banishes it to hell. Janet is freed from the possession, and Lorraine rescues her and Ed, thus averting the morbid fate we see in the visions. The Warrens return home, and Ed adds a thing to his and Lorraine’s museum of paranormal objects – the zoetrope toy possessed by the Crooked Man.

What Does Valak Want?

Valak is the name of the demonic entity that takes on the form of a nun and is behind the haunting of the Hodgson family house. To do so, she has been using Wilkins’ and the Crooked Man’s spirit to terrorize the Hodgson family and the Warrens. But her true motivations behind this elaborate scheme are never revealed.

Based on what we have seen in the film, it would be safe to assume that the real target of Valak isn’t the Hodgson family but the Warrens. The haunting of the Hodgson house is a trap designed to lure the Warrens. Lorraine herself first encounters the entity during the Amityville house case, and the subsequent visions have made it clear that Valak wants to kill Ed.

At first glance, it seems that Valak is trying to kill Ed to break Lorraine’s spirit and stop the couple from continuing their work as demonologists. But there may be a more profound connection between Valak and Ed, or perhaps, a personal grudge against Ed. There is a small clue that hints at this possibility: when Ed speaks to Janet in one scene, he mentions a nun and what she told him in his childhood. The spin-off film, ‘The Nun,’ reveals how the Warrens first come into contact with Valak, and maybe future films in the franchise will provide further explanation about Valak’s fixation on killing Ed.

Who is the Crooked Man?

The Crooked Man is another ghostly creature present in the Hodgson house. We first feel his presence when Billy’s toy truck keeps returning when pushed into the tent. While playing with the zoetrope toy, Billy encounters the creature for the first time. We later see him terrorize Ed when he is trying to find Janet. Even though he appears very briefly, it is clear that this terrifying entity possesses the zoetrope toy and is somehow connected to it. 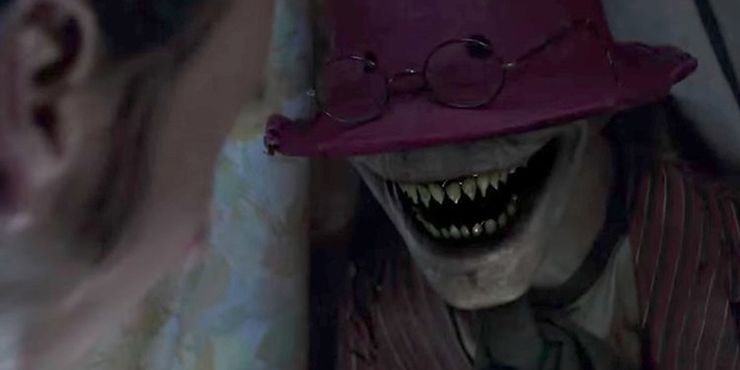 Not much is revealed about his identity, and he is a secondary threat, similar to the Anabelle doll from the first film. The Crooked Man likely is a version of the Slenderman, a popular urban myth. The character is inspired by the English nursery rhyme “Crooked Man,” and we hear the poem playing in the zoetrope toy when Ed encounters it, followed by the Crooked Man’s appearance.

After Valak, who was controlling the entity, is banished to hell, the Crooked Man’s threat is nullified. However, as Ed states in the first film, inanimate objects can become conduits for ghosts and demons to interact with the human world, and clearly, the zoetrope toy is a conduit for the Crooked Man. Therefore, Ed places the toy in his museum, a safe place to store such objects that can be potential threats. Much like the Anabelle doll from the first film, the Crooked Man could be the subject of a spin-off film that will likely detail his backstory.