The Daily Life of the Immortal King Season 1 Recap and Ending, Explained 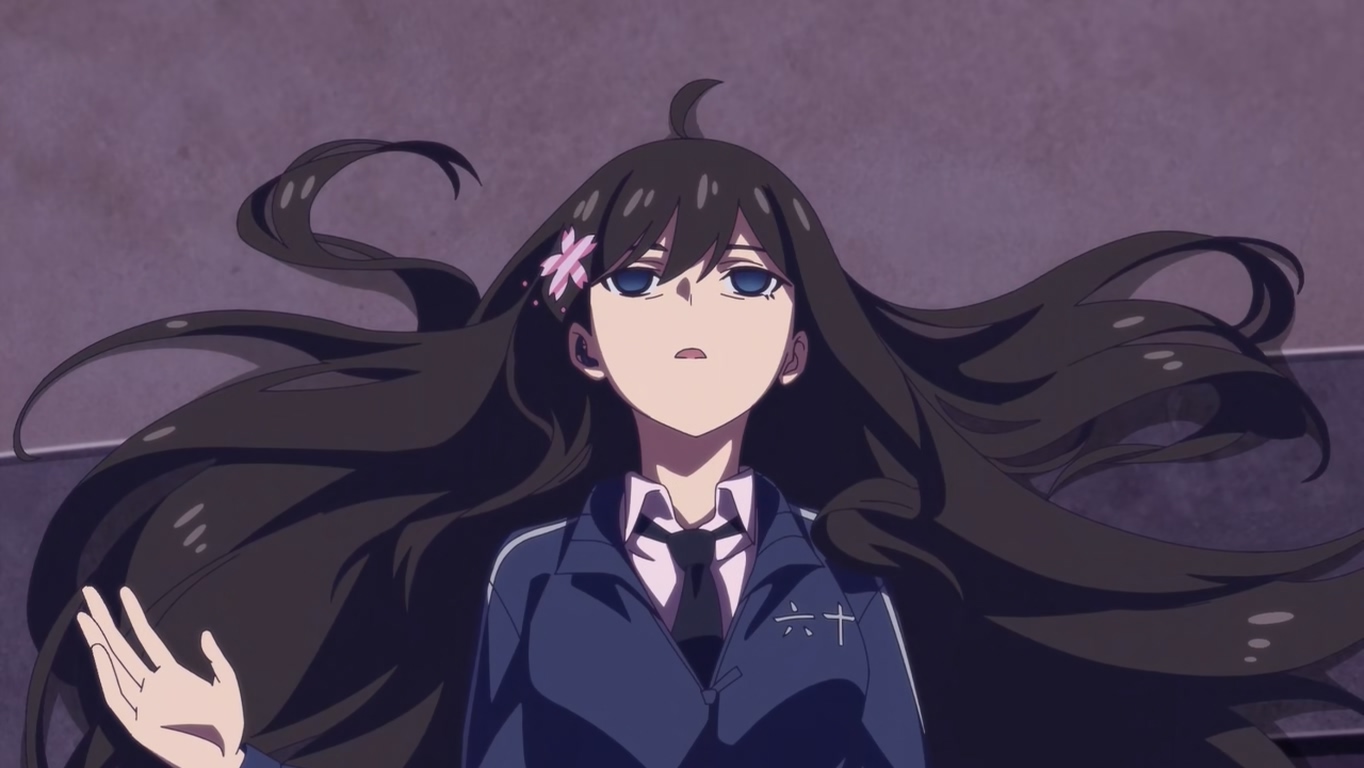 ‘The Daily Life of the Immortal King’ (Original Title: Xian Wang de Richang Shenghuo) is a Chinese original fantasy action anime series produced by Hilibili and directed by Ku Xuan and Zhu BeNing. The anime packs enough time-bending story arcs and viscerally stimulating action sequences to keep the fans contended. While the story mingles a plethora of tried and tested anime tropes, it manages to plunge the viewers into the moors of a futuristic world where humankind has unlocked its inner spiritual forces.

Set in the fictional country of Huaxiu, the birthplace of Scientific Cultivation, the story follows a mysterious boy named Wang Ling, who possesses potentially infinite spiritual prowess to destroy the entire world. As he knows the repercussions of his magnanimous powers, he chooses to keep a low profile. But little did he know, that he would have to face a grave threat in the high school years. The ending of the story broadens the spectrum while keeps one craving for more, as we get some glimpse into Wang Ling’s true abilities. If you have had a hard time following the story, let us decode the final moments. SPOILERS AHEAD.

The Daily Life of the Immortal King Season 1 Recap

In the prologue, we get a glimpse into the world of Huaxiu, where Scientific Cultivation has enhanced the quality of life for the people. However, civilian lives are jeopardized when the demon king Tuntian-ha descends into the mortal realm. The guardians of the Cultivation try to fight the demon king under the leadership of Zhuo Yi, but as it turns out, their combined forces are inadequate to kill the beast. It is rumored that Zhuo Yi ultimately put the demon king behind the bars, and in turn, he has become a living legend. But in reality, it was an unassuming gifted boy eating crispy noodles in the middle of the road who defeated the demon. 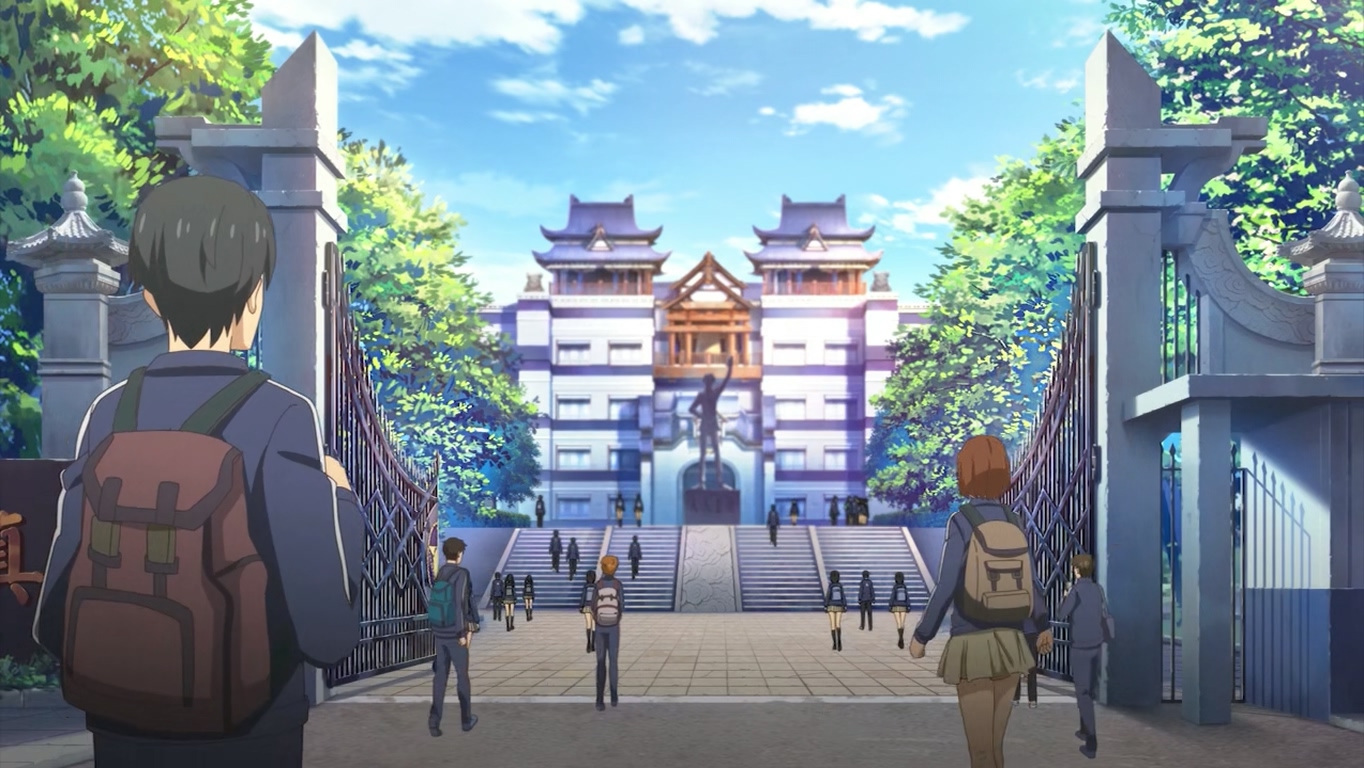 The present story begins in the Songhai Academy no. 60, a post-cultivation school where students are taught how to harness their spiritual power. A boy who seemingly has a spiritual power of 5 is bullied on his first day at school, but Sun Rong, the legendary Lady of the Huego Waterfall Association comes to the rescue. However, the boy is dismissive of the favor as he shoves some money into the girl’s hand. On the first day, the students have to traditionally strike a blow to the no-captive spirit of Tuntian-ha, and a computing mechanism would simultaneously calculate the student’s spiritual power.

As it turns out, there are several gifted students in the school – Chen Chao, who comes from a prestigious family, and his best buddy, Guo Hao, is kind of a computer geek. There is Sun Rong herself and the mysterious boy, who kills the spirit of Tuntian-ha with a single blow. This boy is Wang Ling, the one who previously defeated the demon king. Wang, we see, is a boy of unimaginable powers – but as he cannot always control his own power, he becomes a threat to himself and others. He is well aware of his predispositions and therefore stays out of trouble. His parents contain his powers through a talisman and feed him Golden Elixir supplements. 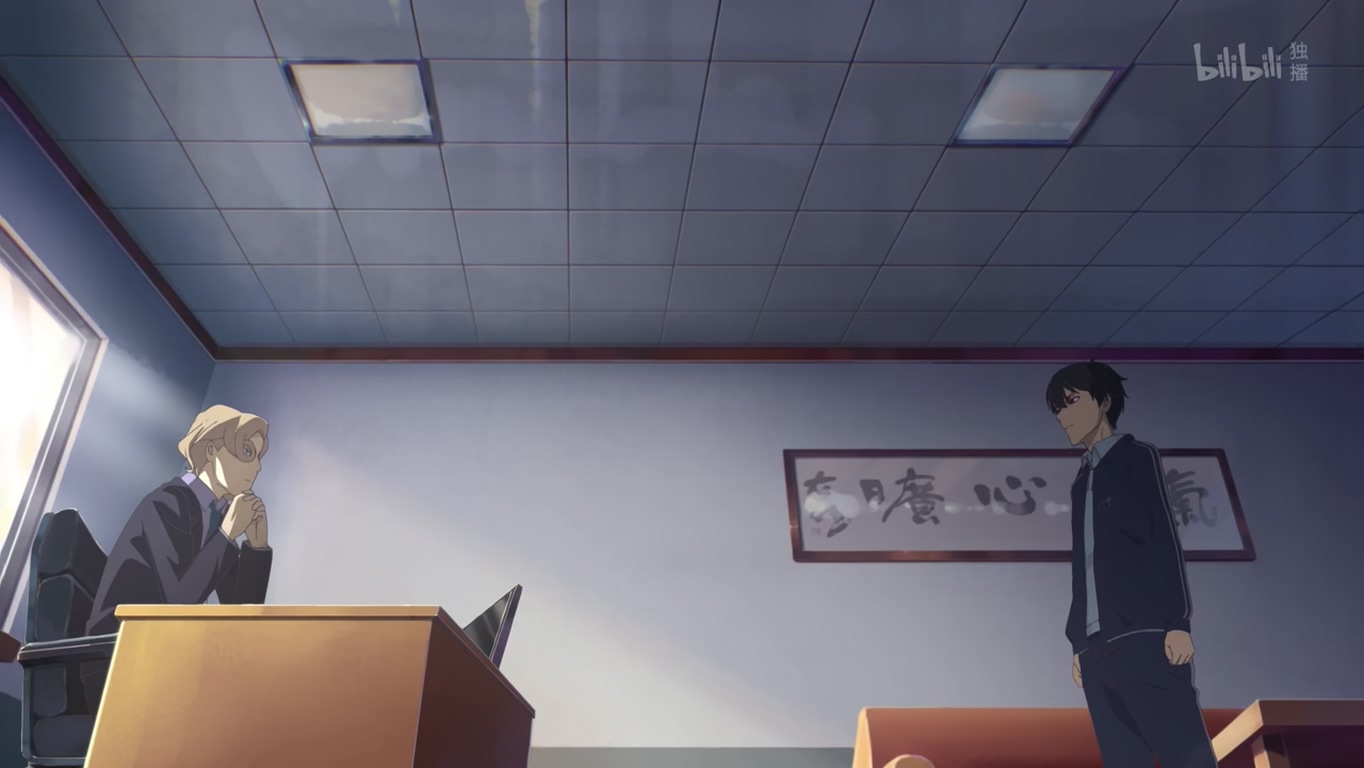 But his powers are not suppressed even after all attempts, and slowly, he becomes the central attraction of the students. The legendary Cultivator Zhuo Yi recognizes Wang from the battle with Tuntian-ha, and readily accepts Wang as his master. Wang Ling, however, seeks to steer clear of all kinds of attention and casts the 50% forgetting spell. In the spirit summoning class, Wang Ling summons the demon king, but when the teacher rushes to handle the situation, the spirits combine to conjure a green Shiba Inu called Er-Ha.

The Cultivation schools organize a prestigious contest every year, and academy no. 59 has held on to the winning title for long. However, as Chen Chao, Guo Hao, Sun Rong, Er-Ha, and an unwilling Wang Ling team up for the battle, the winning prospects of academy no. 60 remains bright this year. But as an assassination organization named Shadow Stream meddle into the contest and the talisman of Wang Ling sustains repeated damages, a realm of chaos unveils itself. In the end, the chaos is contained, and no. 60 wins the competition. But some questions remain.

The Daily Life of the Immortal King Season 1 Ending: Is Sun Rong Dead or Alive?

The contest is jeopardized as the big sis of Shadow Stream and her associates make a disruptive entry. The talisman that kept the power of Wang Ling in check is about to be destroyed. Ling and his friends prove to be a formidable force against the arrogant team of no. 59. They are in the process of turning the game in their favor, but in the meantime, Shadow Stream goons divert their attention. In the mayhem of the second last episode, Sun Rong seemingly breathes her last when the girl from Shadow Stream deals a ruthless blow. 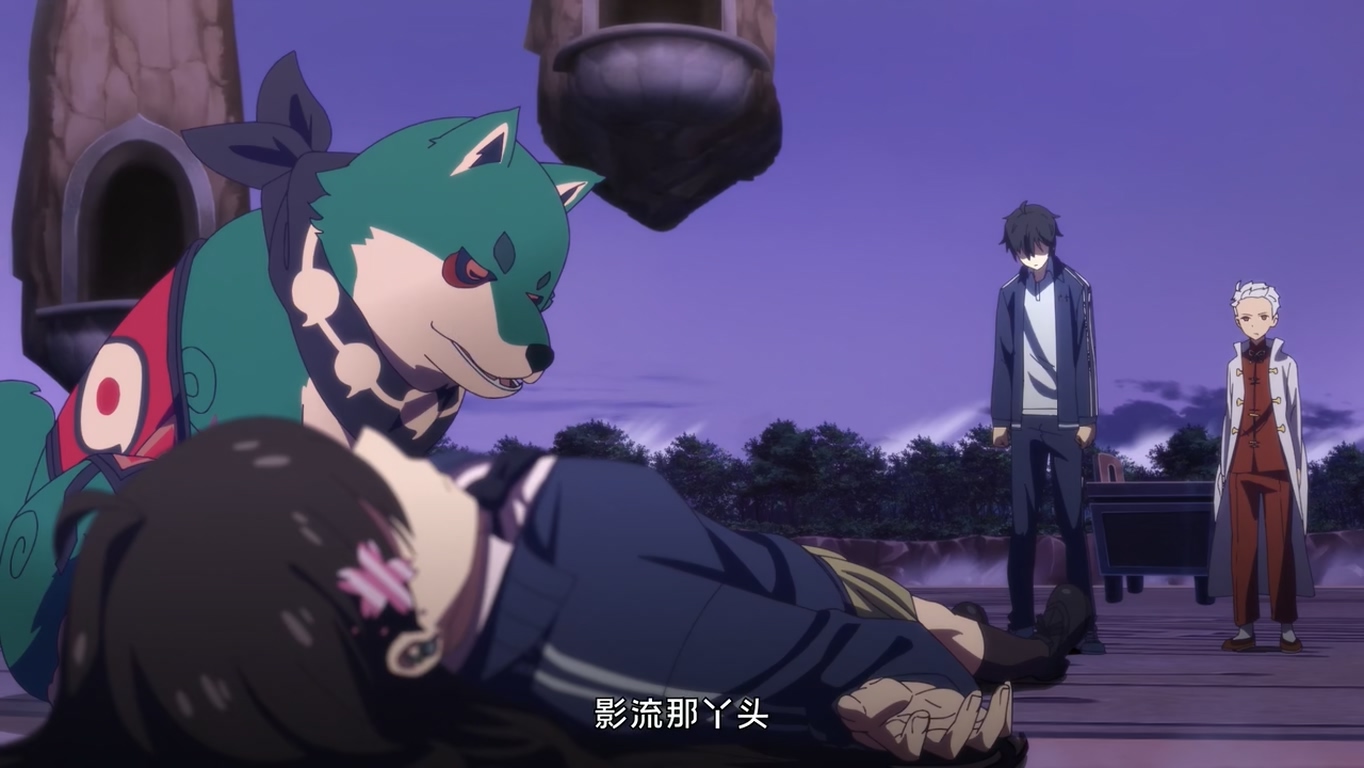 With his talisman broken, Ling goes into rage mode, unleashing all his power. However, Ling is a pacifist and an inherently pure soul, so he stops just before killing the girl. The girl is excited to finally have a match in combat, but Ling rushes to save Sun. Ling tries to cast a regeneration spell, but in vain. As Er-Ha explains, the spell can only cure physical damages, but Sun’s soul is crushed and it cannot be saved. Sun goes to hell, while in an attempt to bring Sun back to life, Ling creates another world.

However, an amusing episode awaits Sun in the underworld. When Yama sees that Sun is a descendent of the line of her own master, the legendary monkey king Sun Wukong, she is compelled to give Sun her life back. In the meantime, Ling is in the process of destroying the old world as he enters a new one. Yama freaks out and rushes to save Sun. In the end, Sun wakes up in front of Ling’s sword spirit, and the world is on the brink of annihilation. With all her power and might, Sun attempts to bring Ling back and save the world.

Does Wang Ling Fall in Love with Sun Rong? 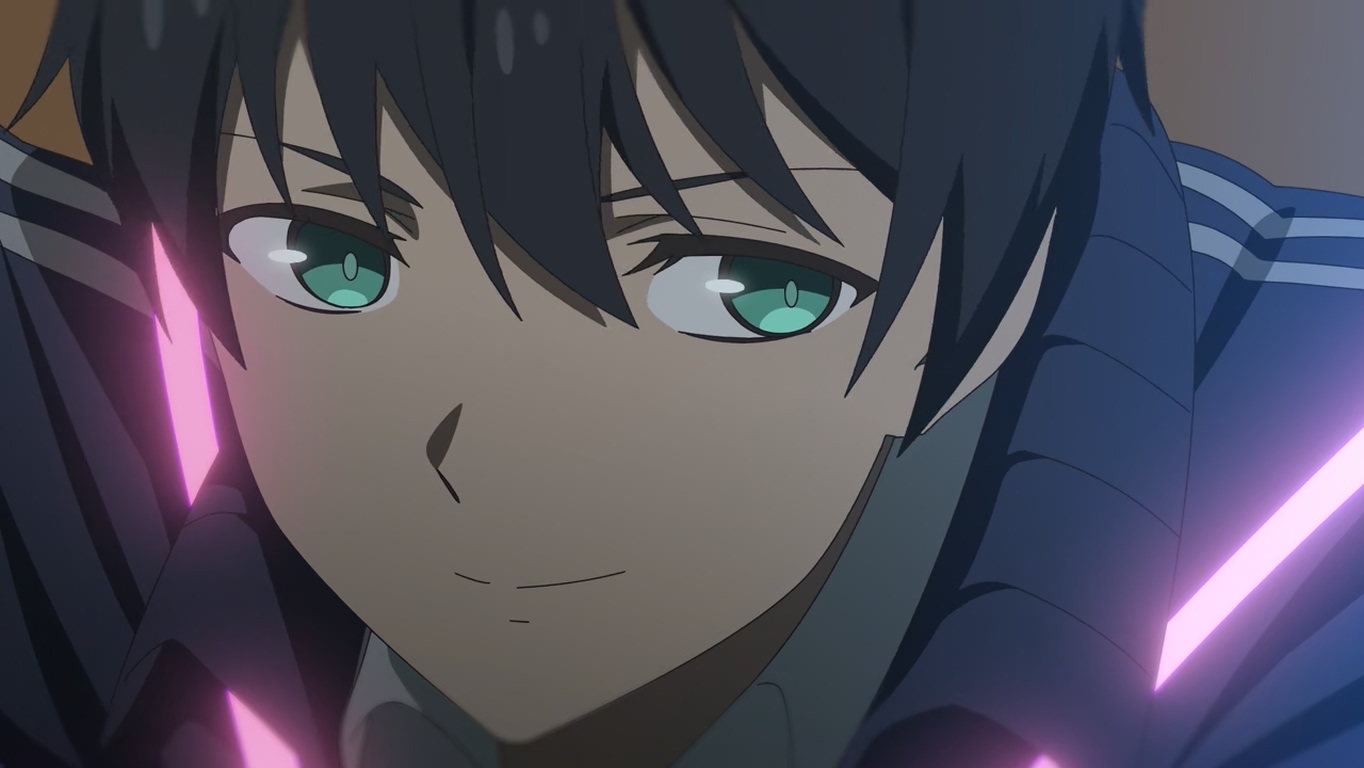 As it turns out, Wang Ling’s talisman does not only contain his supernatural powers, but also his feelings and emotions. Therefore, Ling finds it difficult to communicate with people from his very first day at school. He tries to lay low so that others don’t recognize his true powers. But evidently, his plans don’t always work as intended, and Ling makes himself known in the gifted class. In no time, Sun Rong falls in love with Ling. But with the talisman on his back, Ling does not reciprocate the feeling. Eventually, time brings them together.

In the dreamy Ferris wheel sequence, Ling saves Sun from the assassins by casting Buddha’s Wrath of Compassion, and they spend a heartfelt moment together. Ling’s feelings for Sun are also quite apparent, but Ling does not want to acknowledge it until the very last moments. Only when the girl from Shadow Stream fatally injures Sun Rong can Ling realize how much he actually loves Sun. He is ready to give up all his powers to bring Sun back from the dead and even goes to the extent of destroying an entire world to save Sun. Therefore, we can happily conclude that Wang falls in love with Sun after all.

Is The Old World Destroyed? 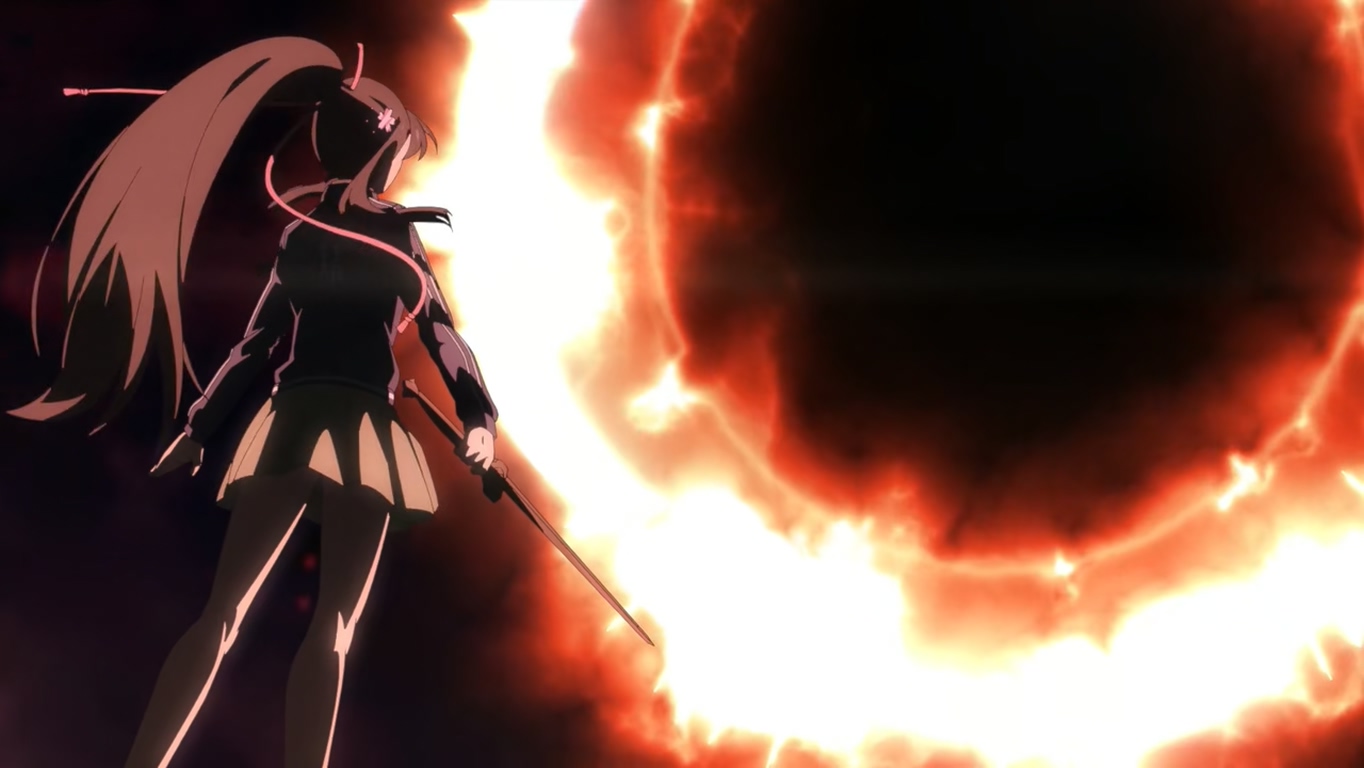 When Er-Ha and Wang Ling channelize their combined energies to alter time and space, a new world is accidentally created at the expense of the old world. The old world is seemingly on the verge of collapse, but Sun comes back to life in the nick of time. She strikes the ball of combined energy with her spiritual weapon, separating the intersection of time and space into a ring of time and a ring of space. When Ling comes back to the world with the help of Sun, the world is still pretty much in tatters. But Er-Ha suggests that they can reverse time with the help of the rings. While the reversal would make Sun forget the events, it would also reinstate the powers of Ling and bring back the world into order. Therefore, we are led to believe that the old world goes back to its earlier pristine state.