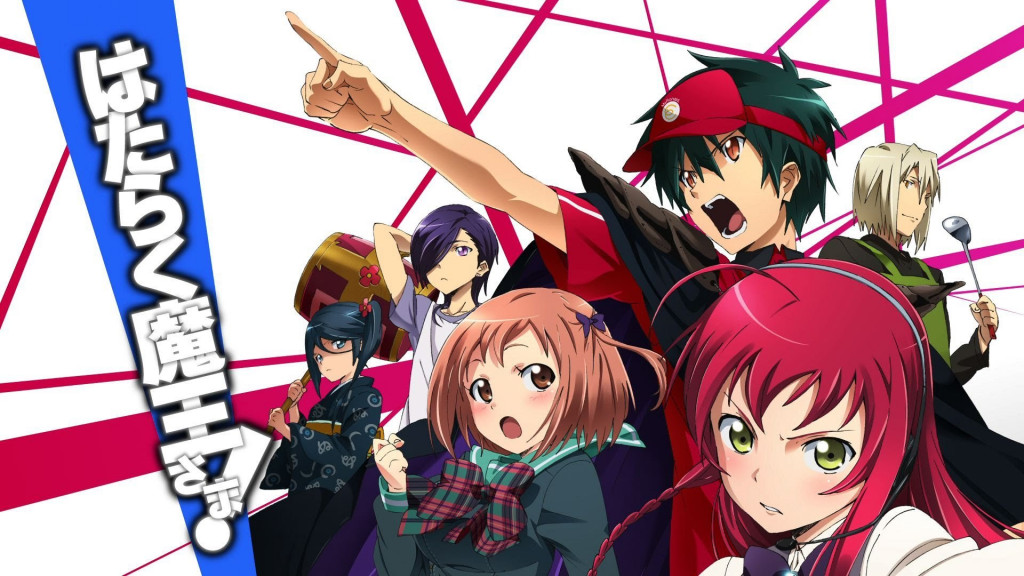 The Devil Is a Part-Timer (also called Hataraku Maō-sama! In Japanese) is an anime show based on a light-novel series by Satoshi Wagahara. The novel series was first published on February 10, 2011, and it gave rise to a manga series of the same name which was first published on December 27, 2011. A couple of years after the publication of the light-novel series, Hataraku Maō-sama! was adapted into an anime show by White Fox, and Season 1 premiered on April 4, 2013. Since then fans of the anime, and the original works have all been awaiting news on a second season. Here’s everything we know about the prospects of Season 2.

The Devil Is a Part-Timer Season 2 Release Date: When will it premiere?

The Devil Is a Part-Timer Season 1 premiered on April 4, 2013. Although a considerable amount of time has elapsed since then, there still seems to be no word on whether the show will return for a second season.

That being said, The Devil Is a Part-Timer has amassed loyal fans of its own, and is a unique anime show which can’t really be compared to other anime shows coming out of Japan. Unsurprisingly thus, there’s always something on the rumour mill which hints at a renewal of the show, but despite all these rumors, Season 2 has not been officially confirmed yet. At this point, The Devil Is a Part-Timer season 2 release date of 2021 or 2022 seems like a distant dream. Regardless, we’re keeping a close watch on official announcements and we’ll update this section as soon as we hear something.

The Devil Is a Part-Timer English Dubbing:

While some fans prefer watching the anime in Japanese with English subtitles, others prefer to watch the English dub. In case you fall among the latter, you can watch all the episodes of The Devil Is a Part-Timer dubbed in English on Funimation, Netflix, and AnimeLab.

The Devil Is a Part-Timer Plot:

Despite having serious themes, The Devil Is a Part-Timer is a comical show which revolves around the exploits of the Demon King Satan Jacob. The show starts off with Satan Jacob’s attempts to conquer the human population in the world of Ente Isla with the help of a massive demon army. While Satan Jacob almost succeeds in enslaving the populations of all four continents in Ente Isla, he is defeated in the last moment by humankind’s champion, a hero called Emilia Justina. With his plans thwarted, Satan is forced to retreat through a portal that sends him to a world which is completely alien to him – Earth.

Satan’s faithful general, Alciel, also manages to escape to Earth with Satan, and the duo find themselves in modern day Tokyo, without any knowledge of the world or its inhabitants. With their powers greatly diminished in this faraway world, Satan Jacob and Alciel have to find a way to survive and eventually conquer humanity. To start with, Satan and Alciel take on human forms and change their names to Sadao Maou and Shiro Ashiya respectively. With their new identities, the duo then approach a police officer and manage to get some information about Earth and the city of Tokyo. Sadao then quickly realizes that surviving in modern day Tokyo with his greatly diminished powers will not be easily, and he starts living the mundane life of a human. He takes a small apartment in Tokyo and starts working as a part-time employee in a fastfood restaurant called MgRonald’s. As he works in Tokyo, Sadao starts aspiring for dominion not just over Ente Isla, but also over Earth. However, he also realizes that his world conquest plans for Earth cannot go ahead without money, and he starts aspiring for corporate success.

Meanwhile, Emilia, in a bid to end Satan Jacob’s tyranny once and for all, also follows him and Alciel to Earth. However, even she doesn’t fare well, and ends up losing her magical powers in Tokyo. Left with no choice, she also takes the form of a human, and takes on the name Emi Yusa. When Emi also takes up a job at MgRonald’s, Sadou ends up interacting candidly with her arch-nemesis. Over the course of the show, Sadou starts enjoying the mundane everyday Earth life as a human, as does Emi, and the two develop feelings for each other.

Thus, as the show progresses, its tone changes from one which is serious and dark, to one which is humorous and sweet – from the initial world-ending conflict, the show starts hilariously portraying the mundane aspects of everyday human life, be it working part-time, doing household chores, or paying the rent on time.

The Devil Is a Part-Timer Characters:

Satan Jacob / Sadao Maou: The main protagonist of the show, Satan Jacob is a rather complex character when one peels off his layers. Hailing from humble origins as a member of a low-class goblin tribe, Satan Jacob rises to power through sheer strength of will and a determination to improve the living conditions of the demon folk. Although Satan Jacob gives his demon army the freedom to commit all sorts of heinous acts during the attack on Ente Isla, the motivation behind it also stems from his eagerness to look after the wellbeing of the demon folk. In fact, his motivation to conquer the human race in the first place stems from the incompatibility between humans and demons, and is an action which is aimed at looking after the demon folk and ensuring their survivability. When he is forced to live a human life on earth, Satan Jacob starts to slowly understand the human race, and even displays empathy towards humans. Slowly, he develops a kind-hearted and cheerful disposition which makes him a celebrated figure among his human colleagues and neighbours. Instead of his initial aspirations of being a merciless Demon King, Satan Jacob actually learns a lot from his time on Earth, and aspires to legally obtain wealth and influence on Earth. This, in particular, makes him take a lot of pride in his work, and he aspires to climb the corporate ladder, graduating from a part-time employee to a full-time one, and beyond. Further, he is also inspired by the capitalist economy in Japan, and aspires to have a similar market-driven economy in the Demon Realm.

Emilia Justina / Emi Yusa: The hero of Ente Isla, Emilia is the main female protagonist of the anime show and displays all the traits one would expect from a hero. Emilia has a pure heart, boundless courage, and unwavering loyalty to those she is sworn to protect. A champion of the innocent, she is strong-willed and determined in her mission to ensure a just society. A half-human and half-angel, Emilia loses most of her powers when she follows Satan Jacob and Alciel to Earth, but she accepts her new reality gracefully, morphs into a human, and takes up a job as an employee at a call center. However, when she loses her job at the call center, she is forced to look for a new one, and her search for a new job lands her at MgRonald’s, where Satan Jacob also happens to be working. Although she is initially driven by a strong hatred for Satan Jacob, the two gradually learn about each other as they interact more and more over time. Ultimately, Emilia is disarmed by the changes she sees in Satan Jacob, and she falls in love with him and his new self.

Alciel / Shiro Ashiya: One of Satan Jacob’s main generals, Alciel had a reputation for being Satan Jacob’s right-hand and a master strategist. While Alciel, like Satan Jacob, initially valued the lives of demons over humans, his mentality changes after he is transported to Earth. Devoid of most of his powers, Alciel is forced to accept his new reality, and his lack of powers results in him losing all his pride of being a demon. On Earth, Alciel thus takes up some of the responsibilities of being a responsible human being, and often tries to regulate the exorbitant habits of Satan Jacob, who not only happens to be his liege but also his flatmate. As far as his traits are concerned, Alciel is portrayed to be extremely intelligent and loyal to a fault.

Chiho Sasaki: Another main character in the anime show, Chiho, unlike other main characters, is neither angel nor demon, but is a mere human being. An average yet attractive teenager, Chiho is polite, friendly, and pleasant, and works alongside Satan Jacob as a part-time employee at MgRonald’s. As the show progresses, Chiho starts to develop feelings for Satan Jacob, and is often distressed when he sees the Demon King interacting with Emilia.