The Devil is a Part-Timer Season 2 Episode 3 Recap and Ending, Explained 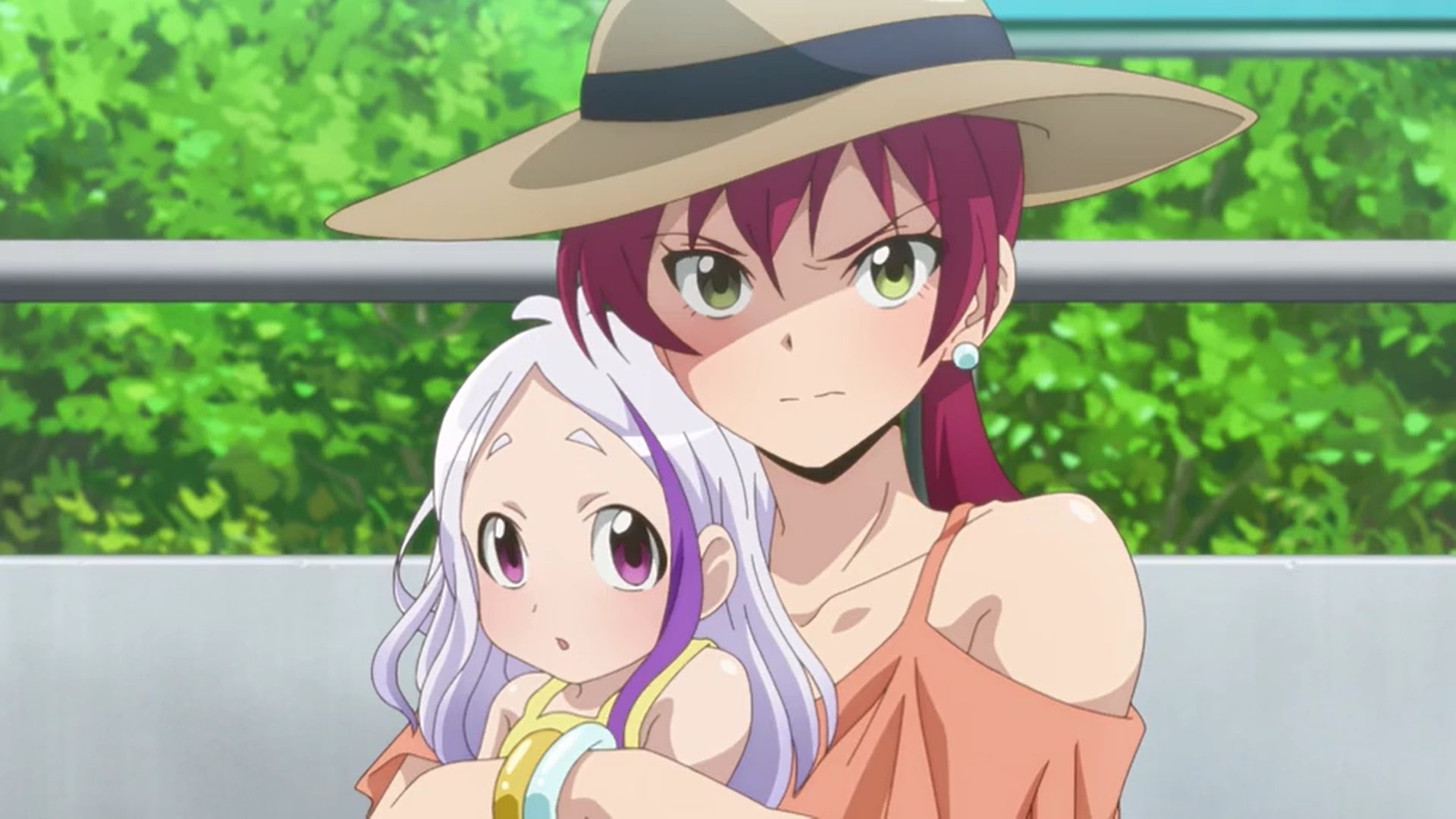 In the third episode of ‘The Devil is a Part-Timer!’ or ‘Hataraku Maou-sama!!’ season 2, titled ‘The Devil and the Hero Go to the Amusement Park as Advised’ Maou and Yusa take Alas Ramus outdoors so that she can experience all the good things that the human world has to offer. Meanwhile, Ashiya, Chiho, and Suzuki follow them around the amusement park to make sure everything is alright. Unfortunately, all of them forget to keep their house safe from intruders, and their worst fears are realized when someone quite powerful corners Urushihara and Suzuno. Here’s everything you need to know about the ending of ‘The Devil is a Part-Timer’ season 2 episode 3. SPOILERS AHEAD!!!

The Devil is a Part-Timer Season 2 Episode 3 Recap

After reaching the amusement park, Maou and Emi take Alas Ramus to different places there. She appears to be particularly impressed by the fountain show and is genuinely happy to spend the time with Maou and Emi. However, as the temperature sores high, the duo becomes a bit concerned about Alas getting sunburns. Therefore, they visit a shop there to buy her a round hat that will protect her from the sun. Meanwhile, Ashiya, Chiho, and Suzuki are following them around. 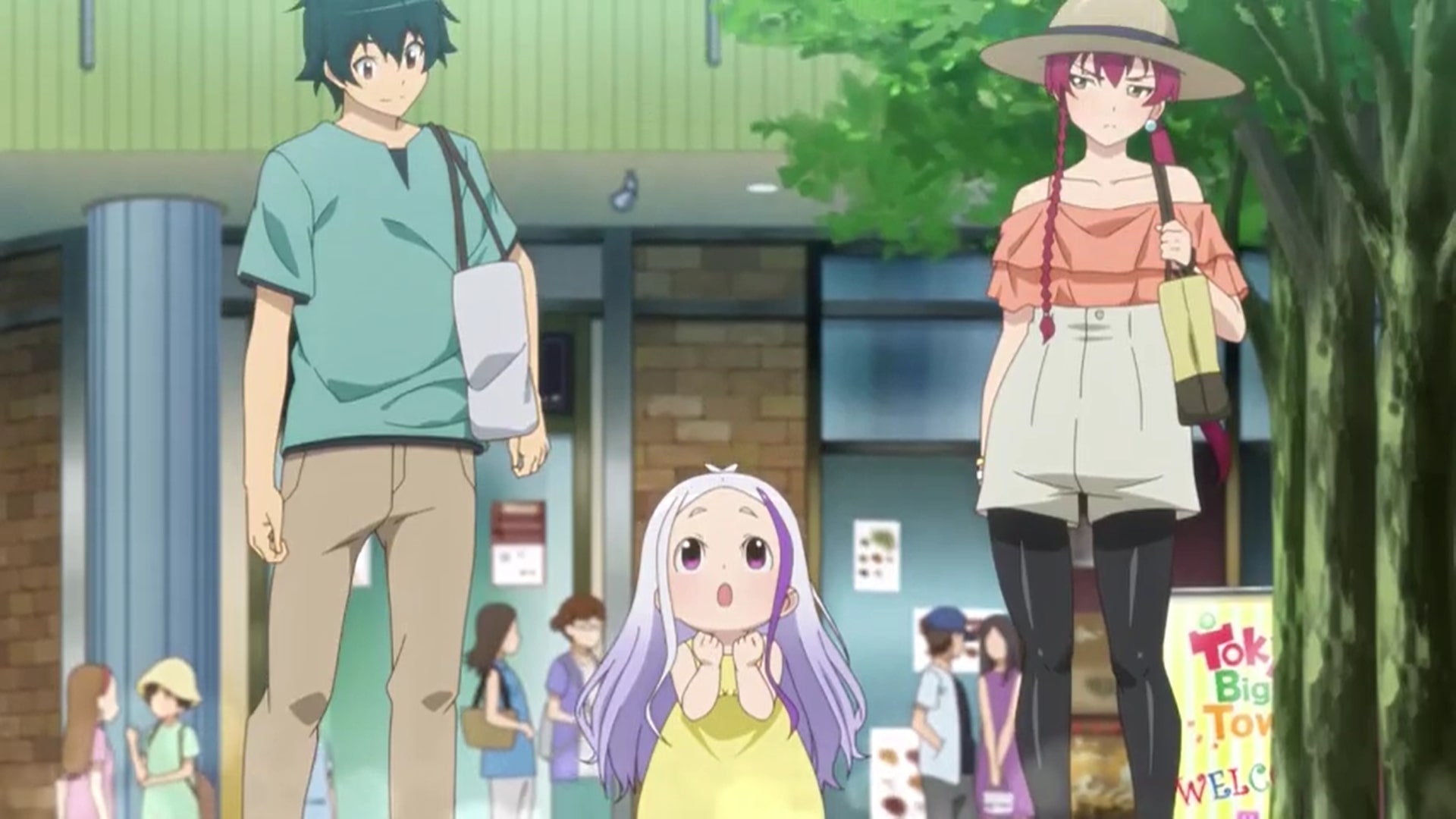 When Ashiya sees that Maou is looking for hats, he grows a bit concerned and hopes that he does not spend too much money. Suzuki is enjoying the company of her new acquaintances and keeps on pulling Chiho’s leg. While they are shopping, Maou and Emi end up discussing the political climate of their world when they left and their present perspective on it. When Emi asks the Demon King whether he is concerned about the troops he left behind, Maou confidently answers that he has given up on them.

Emi sees this as an opportunity to mock Maou, but she is shocked to see a genuine change in her arch-enemy’s perspective on conflict and war. Quite strangely, the Demon King leaves Emi dumbfounded by questioning her stance on ordinary people having to go to the war started by the elite. It makes her realize that she has always taken a lot of things for granted. Even when they are done shopping and are outside, Emi is still lost in her thoughts, struggling to fully comprehend the point made by Maou.

Sometime later, they come across the poster of a show that Alas Ramus desperately wanted to watch. Unfortunately, Maou does not have any money left so Emi decides to pay. But when they are watching the show, Alas Ramus suddenly starts mumbling about everyone falling from the tree and Malkuth being gone. Maou and Emi can understandably not make sense of the gibberish but are extremely concerned when a crescent-shaped mark glows on Alas Ramus’ forehead.

They immediately take her outside and lay her down. While Maou goes to take something for Ramus, a mysterious woman approaches Emi. After observing Ramus momentarily, she lifts her hand which has a purple-colored ring on it. Ramus magically stands up on her own moments later and asks for her father. Emi is left dumbfounded but could not learn anything of importance about the mysterious lady that could help her learn more about her later. 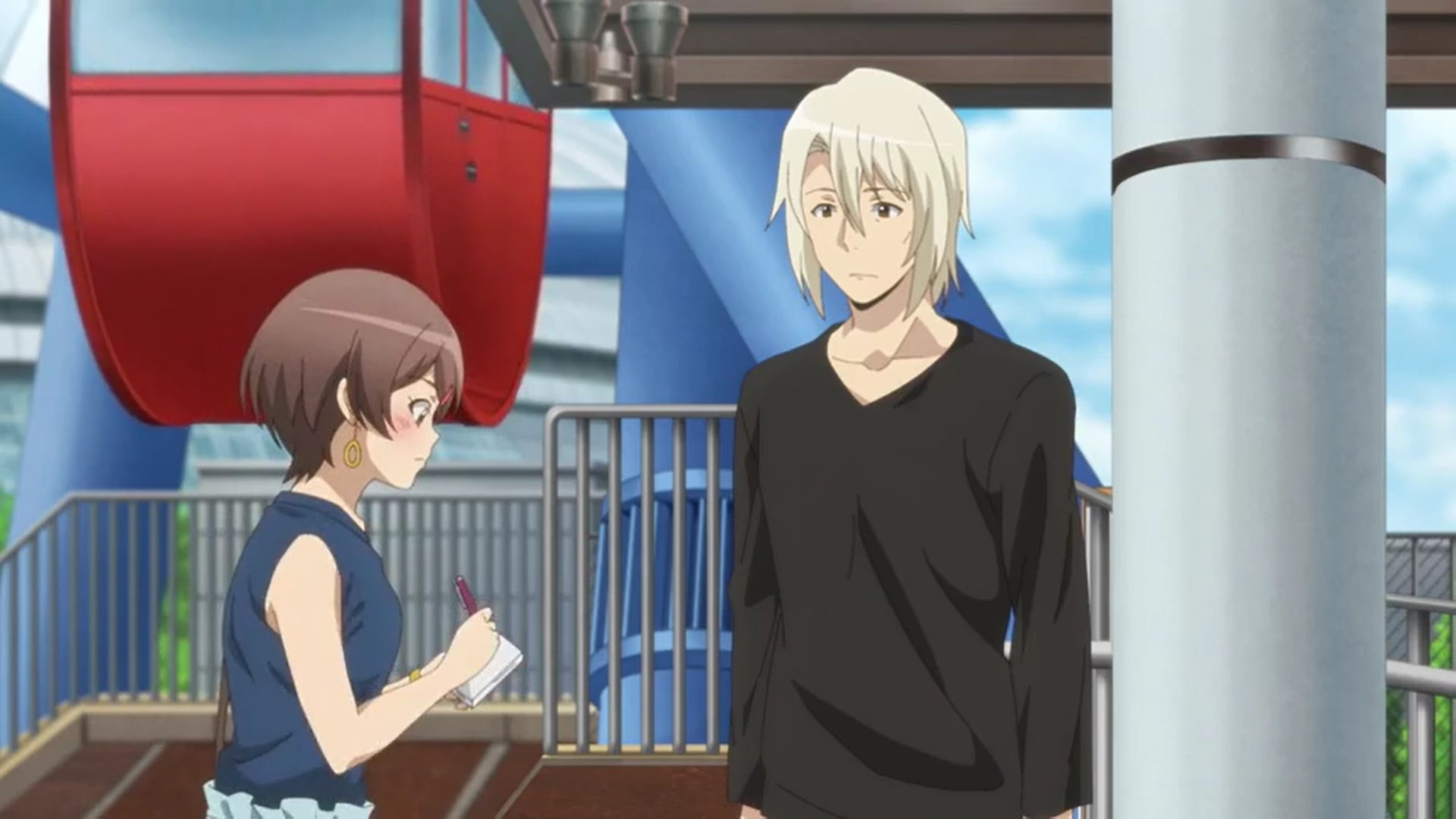 Maou and Emi then take Ramus on a Ferris wheel. The Demon King tells Emi about his past. Centuries ago when the Demon realm was divided, war broke out easily and violence was normalized. During one such period of brutal bloodshed, Maou lost his parents but was saved by an angel, who taught her things that later helped him unite the demons. It turns out that she was the one who introduced him to the human realm and had given Maou the crystal that later grew into Ramus.

The Devil is a Part-Timer Season 2 Episode 3 Ending: Who is Gabriel? What Does He Want From Maou?

After they get off the Ferris wheel, Emi receives an urgent call from home that sends shivers down her spine. It turns out that in their absence, Suzuno and Urushihara were cornered by someone named Gabriel. When they reach the house in a hurry, they find the duo surrounded by a group of armed soldiers, who are led by Gabriel. He is an archangel from Ente Isla who is entrusted with the responsibility to lead other angels who are ranked much lower than him. 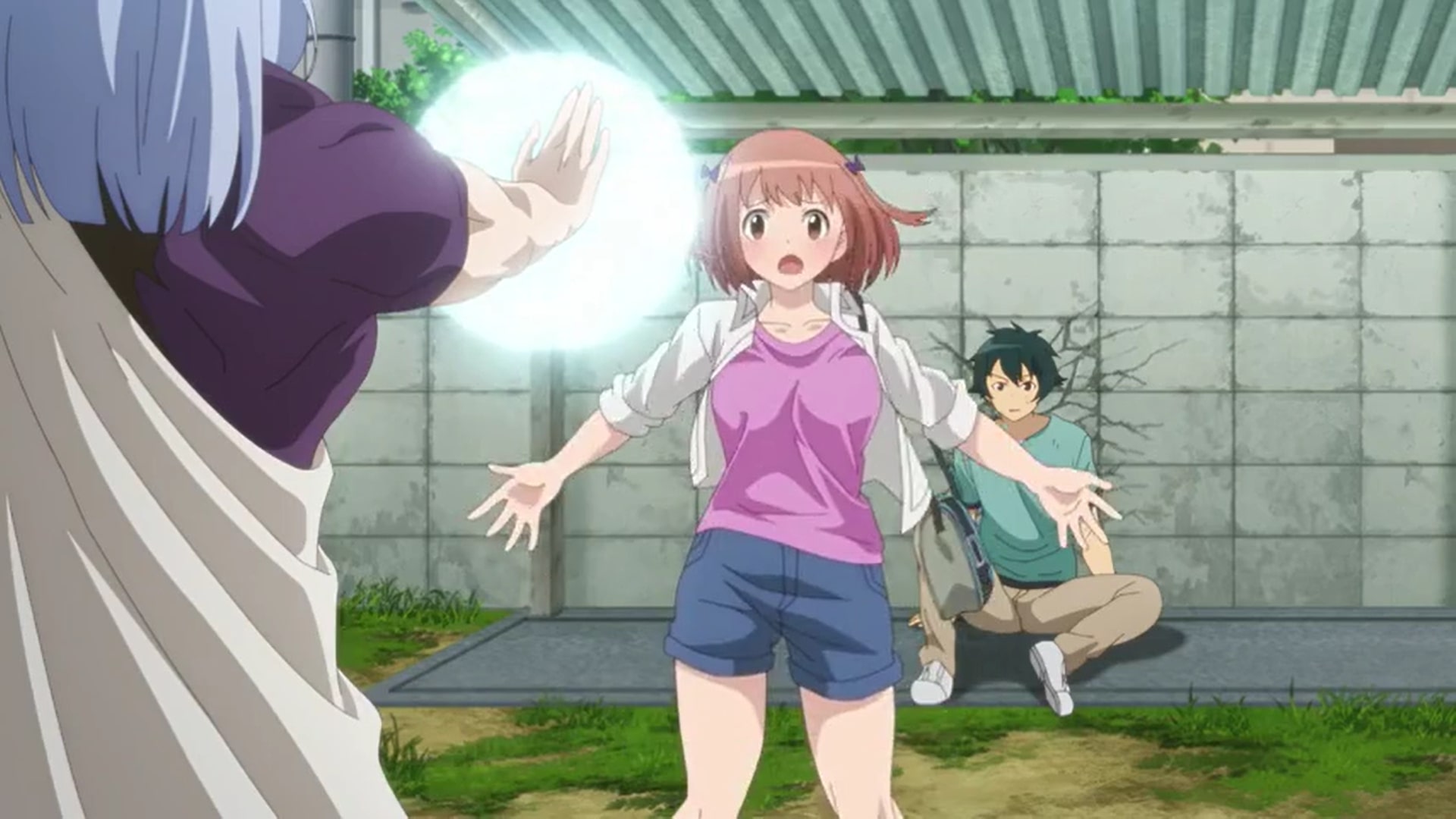 Gabriel is actually the guardian of Yesod- the tree of life- who had spent years protecting the Sephirot, which was ultimately broken into several smaller fragments by Lailah. He arrived on Earth to take back Alas Ramus as he has been collecting the Yesod fragments for many years to make sure that he does not become a fallen angel. Although he requests Maou and Emi to let him take back Ramus, both of them think it is out of the question.

When it seems that requests won’t work, Gabriel uses controlled attacks to intimidate Maou but fails to break his determination. But when Chiho decides to put herself in front of Maou and requests Gabriel with tears in her eyes to not take Ramus, he decides to go. However, he gives Maou one days time to accept his request as he would return the following day.