The Devil is a Part-Timer Season 2 Finale Recap and Ending, Explained 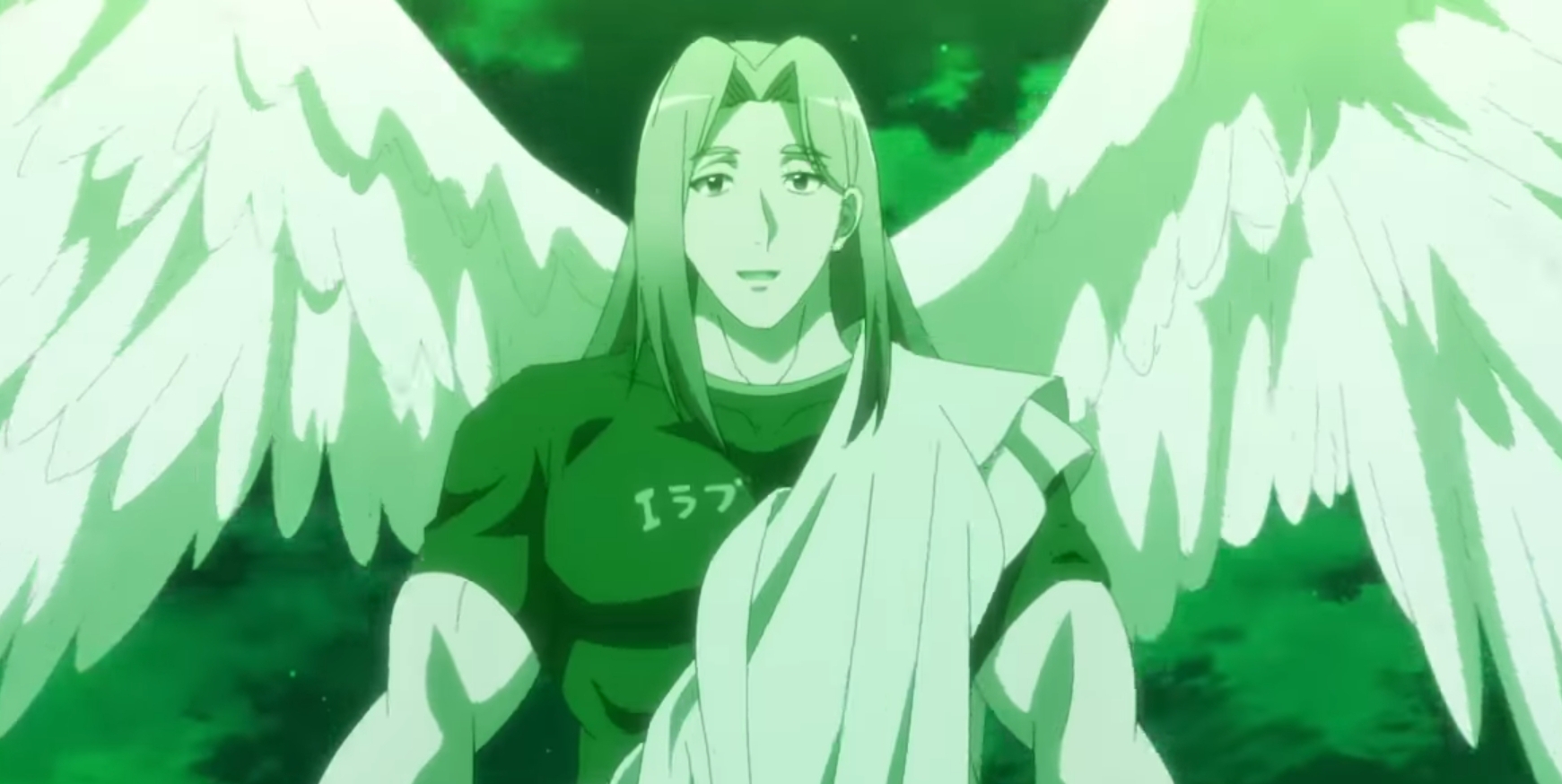 The Devil is a Part-Timer Season 2 Finale Recap

After realizing that Raguel is probably operating from one of the towers in the city, Maou and his friends start debating the best course of action. While Urushihara makes a good plan, Emi barely listens to anyone and just tells them to get divided into two teams and look for the mysterious angel. 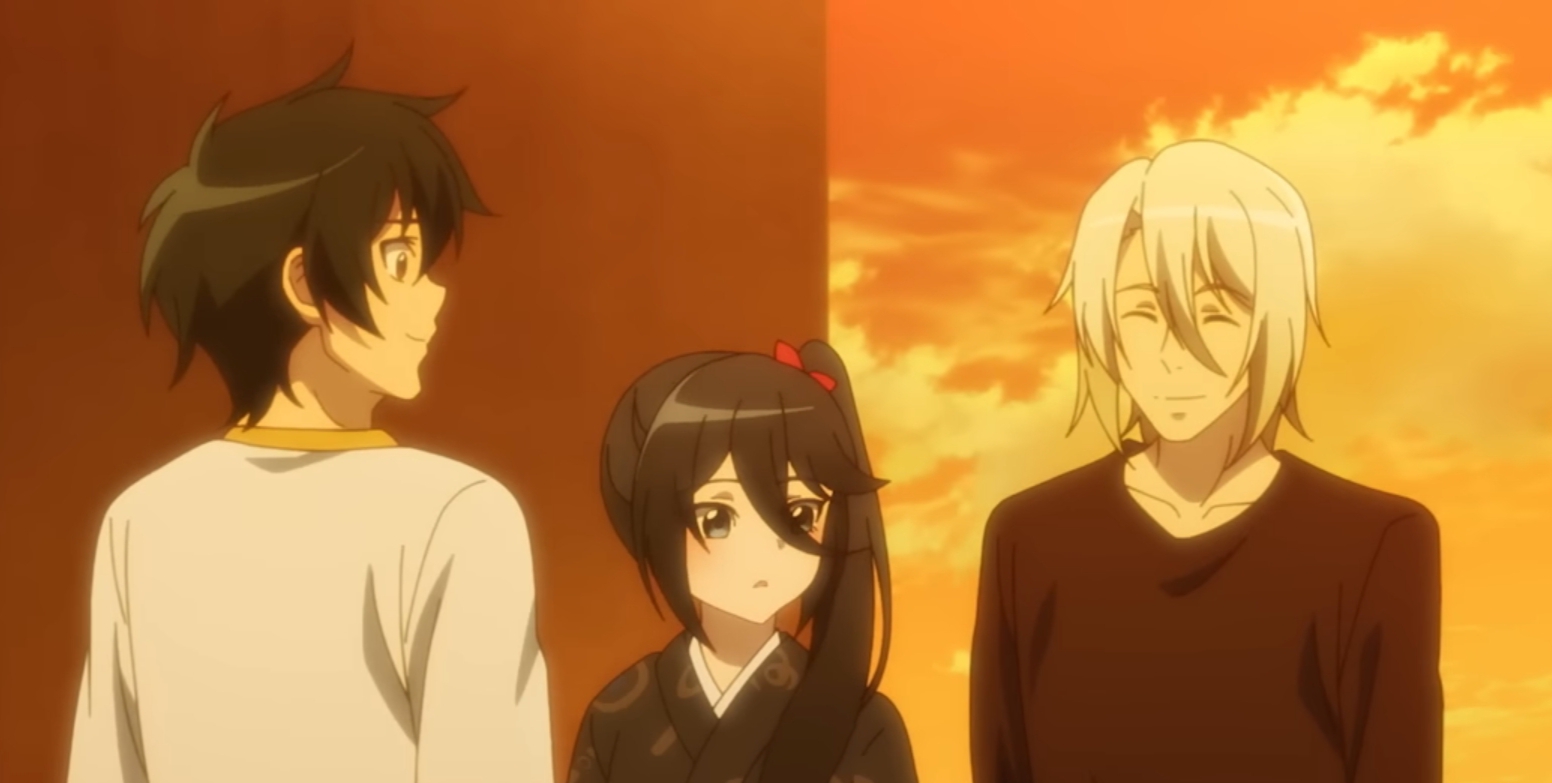 While Alsiel and Maou take the train to reach one of the towers, Emi has already checked the other and has come to the conclusion that Raguel is not there. While this eventually turns out to be true, Emi accidentally meets Gabriel there. He is in no mood to fight her but does mention something shocking.

Gabriel points out the peculiar nature of Emi’s parent’s relationship and makes her wonder how could a human and angel have offspring which is just naturally not possible. Emi has never thought of it that deeply and as she is in her state of shock, Gabriel mentions that her father is still very much alive. Until now he has been her motivation to fight, but now that she knows he is out there somewhere, Emi does not know what to do.

While Emi tries to talk to Alas Ramus about her emotional distress, Urushihara and Suzuno come up with their own ideas to find Raguel. However, just moments after the latter uses Sonar, Chiho flies in front of them showing off her powers borrowed from Emi’s mother. She appears to be looking for Raguel too and continues searching for him after realizing he is not there.

The Devil is a Part-Timer Season 2 Finale Ending: Do Maou And His Friends Find Raguel And Manage to Stop Him?

While finding Raguel, Maou accidentally spots the strange man from the udon restaurant before. When he speaks something about Gabriel, Maou immediately becomes suspicious of him. When the man sees Maou, he does not realize that he is standing next to Satan himself. When Maou finally says something about the Sonar, Raguel also turns a bit defensive. 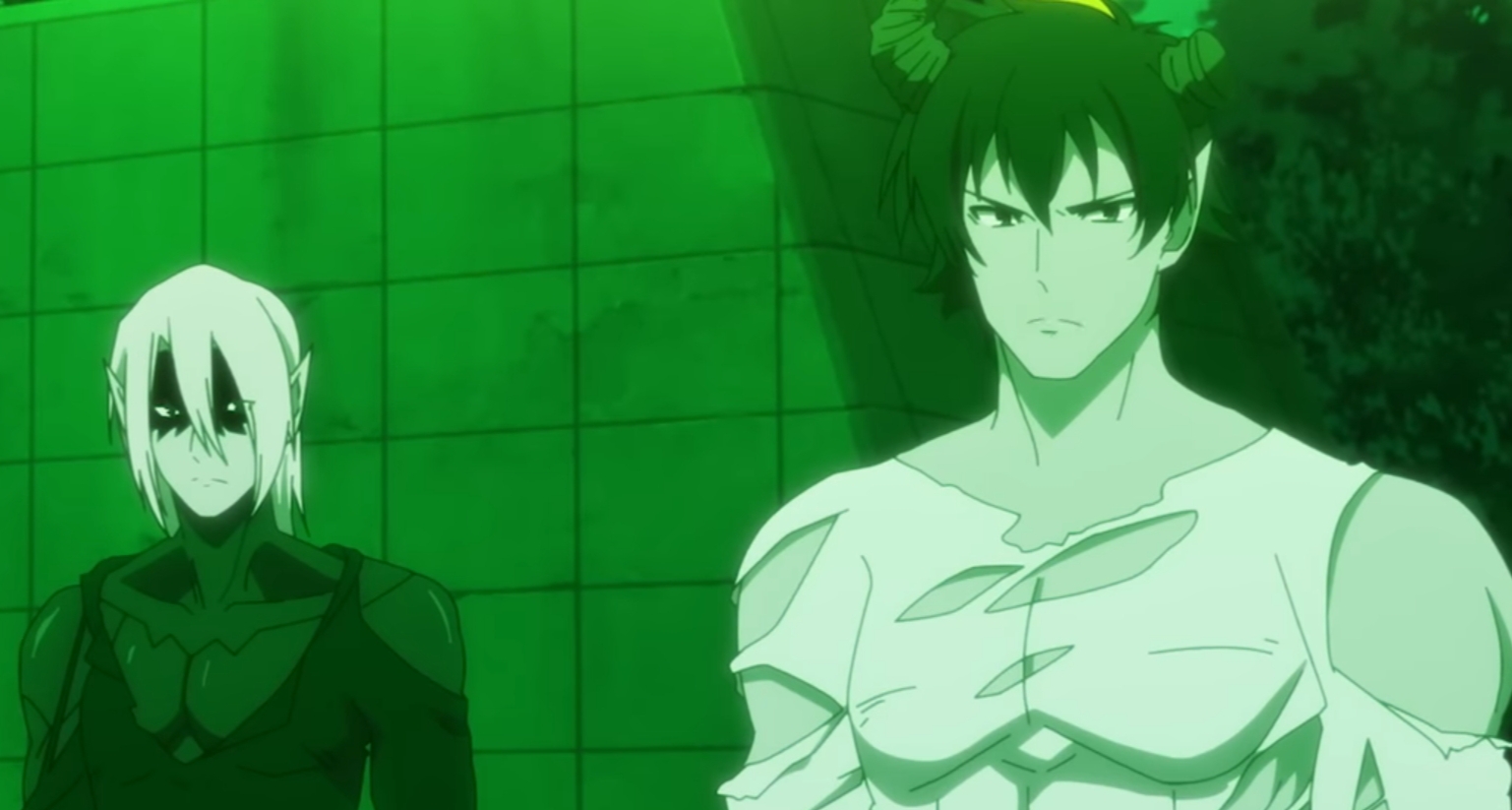 Just moments later, Maou and Alsiel blow their covers and reveal their true identities. Raguel also transforms as wings appear on his back. Gabriel joins him seconds after that and mentions that he has told Emi that her father is still alive which has broken her resolve to fight. Maou is infuriated that he stooped to such a low and the two starts exchanging blows with him while Raguel just casually flies towards the top of the Tokyo Tower, avoiding any fighting.

Gabriel turns out to be too powerful for Satan who struggles to inflict any harm on him. The angel even mentions that Satan could never defeat him even with his full powers. He goes in to show his many clones that have been doing the work for him so Maou has truly never experienced the true extent of his powers in the first place. 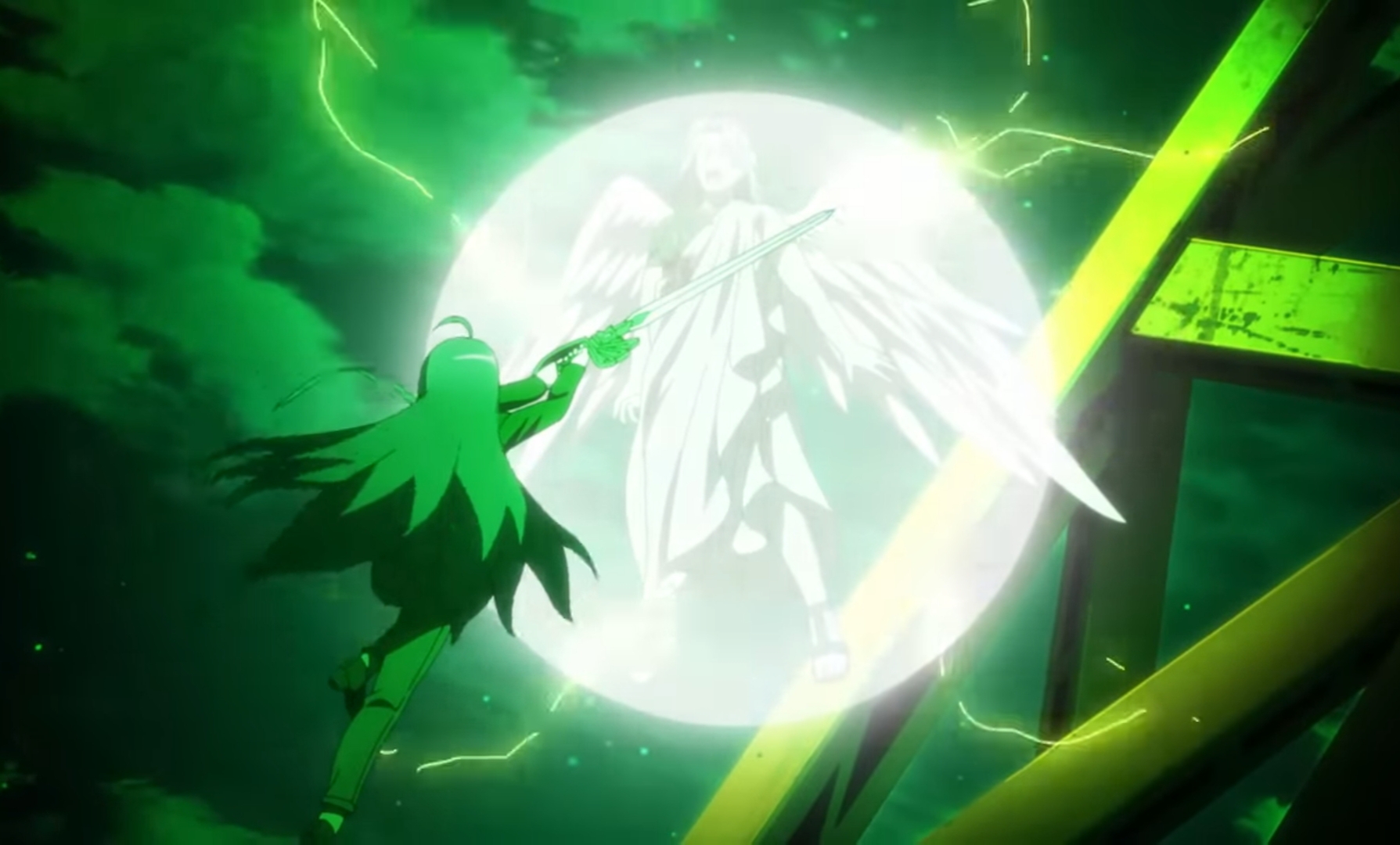 Suddenly, Raguel falls to one of the top stages of the tower and it is revealed that Emi has returned to fight again. Gabriel still shows immense control in the exchange and remains dominant until Chiho arrives there too and shoots him with her bows. Within a few minutes, she turns the battle on its head as Gabriel and Raguel flee. However, she is taken to the hospital again moments later after losing consciousness.

What Message Does Emi’s Mother Give to Maou?

After fighting Gabriel and Raguel by putting his life on the line, Maou decides to go and meet Chiho who is in the hospital again. He is quite concerned about her well-being especially since she just got poisoned by magic sometime earlier. Luckily, Chiho is doing just fine and he can’t be any happier for her. However, while the two friends are having a conversation, Chiho’s demeanor suddenly changes.

She abruptly starts telling Maou that she desperately wanted to save him. Then she goes on to apologize to Maou for something that happened in the past. At this point, Maou realizes that he is not talking to Chiho but someone else, so he immediately asks her to reveal her true identity. She then goes on to mention that she wants to establish peace in Ente Isla and the demonic realm so that they can return to their old Glory. 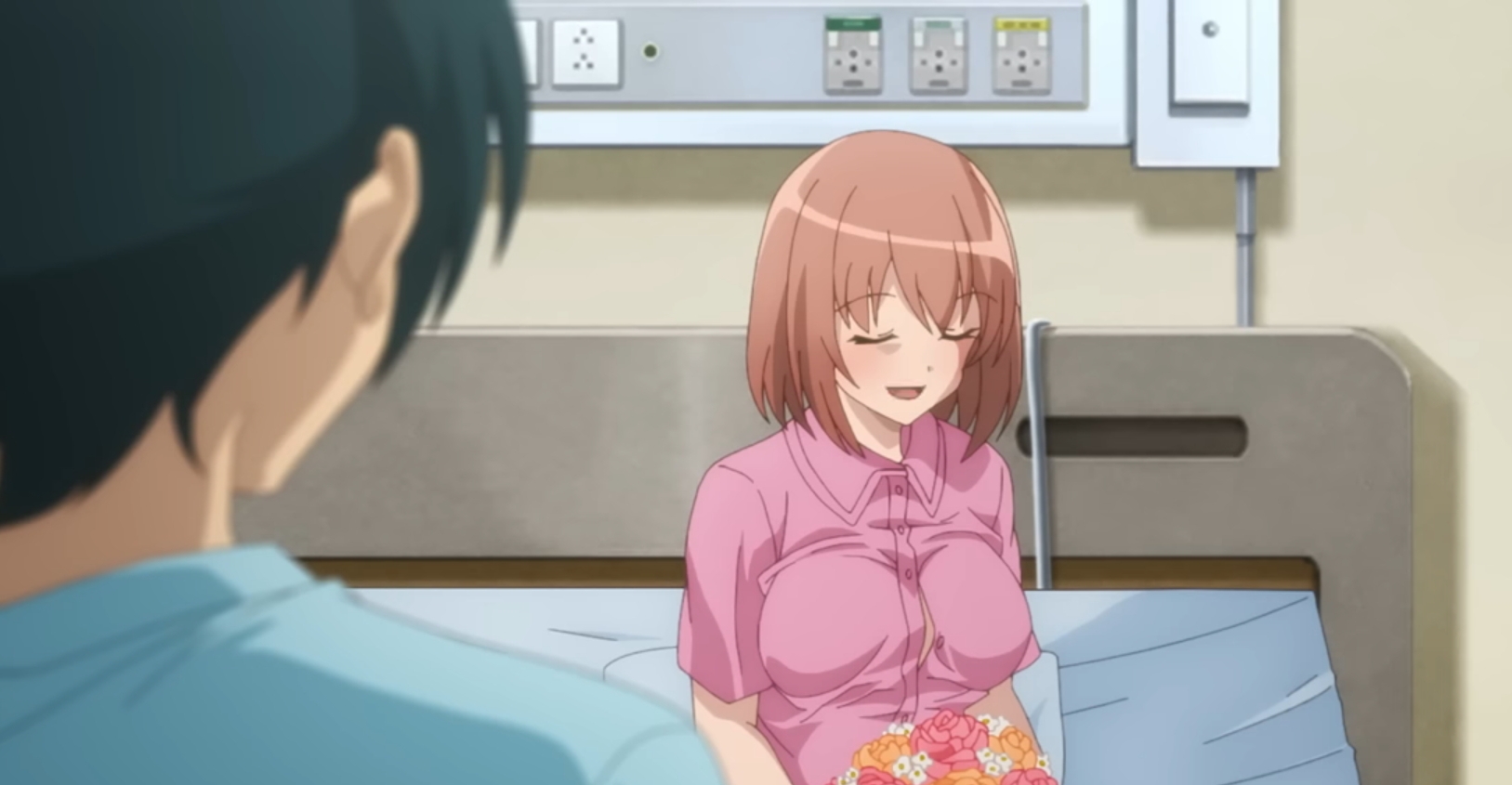 Furthermore, Emi’s mother who is now controlling Chiho reveals that Maou being in Japan is not a coincidence. In fact, it is the closest place to Ente Isla and the land of the Sephirot. She then mentions that one of the keys is held by “that girl” and her father- without offering Maou any sort of explanation. Finally, she points out that Maou must find the “Da’at” of Ente Isla and return the world to its normal state. After she wishes him luck, Chiho finally becomes conscious again and it appears that Emi’s mother has left.

Chiho while being conscious has earlier stated that she saw a devil in her dream and felt so many inexplicable emotions that were truly not hers. At this point, it seems obvious that Chiho being possessed by Emi’s mother has left some effect on her as she possibly ended up sharing some of her memories and feelings too. The finale obviously points to the possibility that Chiho will be playing a much more active role in the upcoming season during the battles as well. It would be interesting to see how the story unfolds from here since so much mystery is left to be explored.

Read More: The Devil is a Part-Timer Season 2 Episode 11 Recap and Ending, Explained