The ones who’ll walk into ‘The Devil’s Advocate’ with no prior knowledge of the film will, at first, assume that it’s a courtroom drama of some sort. In its opening moments, Keanu Reeves can be seen as a typical slick lawyer who tries to defend his client even after knowing that he’s guilty of molesting one of his underage students. But as the star-studded film proceeds further, Al Pacino joins the cast and brings the movie a supernatural twist that you were not expecting at all. Its well-crafted plot explores themes of greed, pride, temptation, and vanity, and leads to a twisted yet satisfying ending. So further down in this article, let’s break down the ending of the film.

Keanu Reeves plays the role of Kevin, a very young and successful lawyer who cracks the toughest cases and has a perfect record. But when it comes down to defending a child molester who he knows is guilty, Kevin starts questioning his own morals. When the judge announces a break, Kevin heads over to the washroom and questions his intentions. This specific “washroom scene” plays a significant role in the movie as it becomes a tipping point in Kevin’s life. But even after pondering over his sense of morality, his good intentions get outweighed by his vanity to maintain his perfect streak of wins. And thus, he defends his client and wins the case. After cracking such a tough case, he gets invited to New York to work for one of the most prestigious law firms led by John Milton (Al Pacino).

From being a fairly middle-class lawyer, Kevin becomes an overnight success story and gets to live in a lavish Manhattan bungalow with his wife Mary Ann (Charlize Theron). But what initially seems like his ladder to the top is soon shadowed by supernatural occurrences that haunt his wife. In the meantime, he is asked to defend a billionaire who is accused of killing his wife, kid, and maid. Too determined to make something of his career, Kevin works hard on his case but neglects Mary Ann. As a result, Mary Ann loses her mind and later even kills herself. 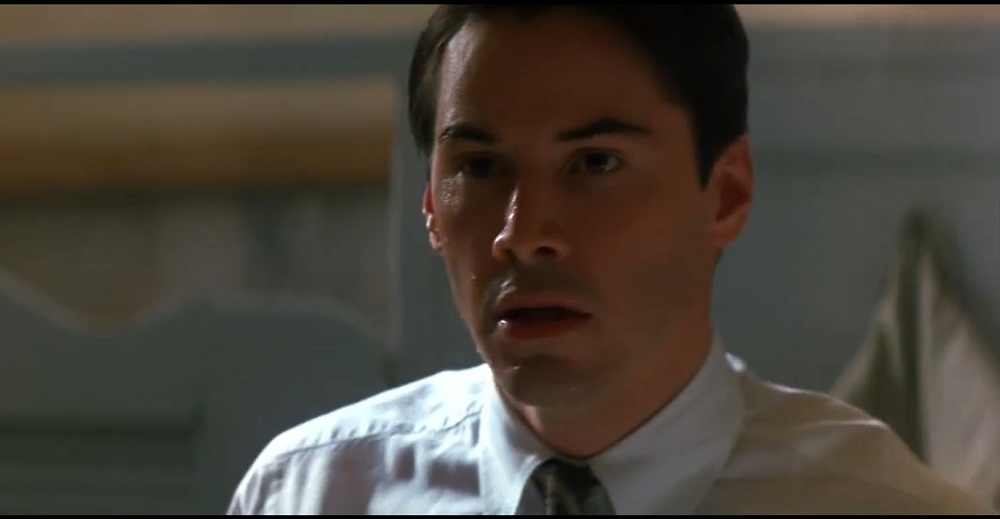 After his wife’s suicide, Kevin finally wakes up to the realization that there’s something seriously wrong with John. When he confronts him, John reveals that he is “The Devil” and runs a powerful law firm just to establish control over the world. It is further revealed that Kevin, who was previously told by his mother that his father died before he was born, was lied to. In reality, John, the devil himself, is Kevin’s father.

John reveals that he has had several offsprings with humans but among them, Kevin and Christabella, Kevin’s half-sister, are his best creations. He tells them that he now expects them to conceive a child, which not only be “The Antichrist” but would also be the future heir of the law firm. Kevin realizes that his winning streak was only an outcome of the Devil trying to stroke his ego and setting the stage for his final act. This realization makes Kevin question his own morals again and instead of falling for the Devil’s trap, he shoots himself.

The Ending: The Loop of Vanity 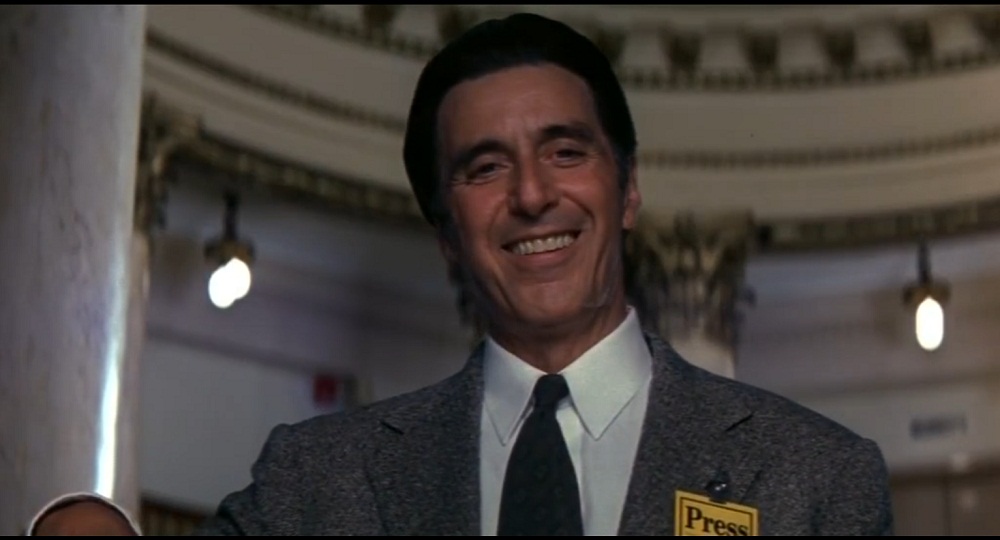 Just when Kevin pulls the trigger of his gun and blows his head off, he finds himself in the same washroom where he was questioning his morality in the beginning. He realizes that what he just saw was a mere vision of what would happen if he chose to walk down the path of honing his own vanity. Very well aware of the consequences of his decisions now, Kevin takes the case in a whole different direction and instead of protecting the child molester, he refuses to defend him.

In the closing moments of the film, a reporter walks up to Kevin and begs him for an interview. The reporter even lures him by claiming that he’ll make him a big star and Kevin accepts the offer. The reporter then morphs into John Milton, which reveals that this was just another plan deduced by the devil to make Kevin a victim of his vanity all over again. “Vanity, Definitely my favorite sin,” he says and sets Kevin on the wrong path all over again.

John Milton keeps claiming that vanity is his favorite vice because he very well realizes that it’s something he and Kevin have in common. Moreover, throughout his life, Milton made sure that Kevin never tasted loss or defeat of any kind. As a result, Kevin eventually became someone who was only obsessed with winning, which made the pain of losing intolerable for him. But after being purely driven by his vanity and his desire to win every case, he realized that he’ll still end up losing something or the other. So his previous experience with the devil serves as a wake-up call, which makes him realize that sticking to his moral code is more important than winning every case. Contrarily though, Milton is determined to use Kevin for his sinister plan of creating The Antichrist and ruling the world. So as long as Kevin keeps resisting his vanity, Milton will probably keep finding new ways to lure him into his trap. And since Kevin is only a normal human, he will eventually break. It is, indeed, a win-win for the devil.