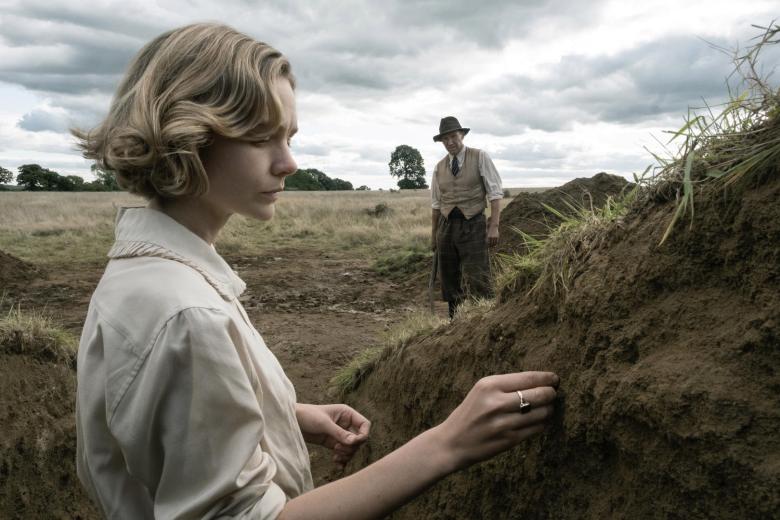 Based on the 2007 namesake novel by John Preston, ‘The Dig’ chronicles the remarkable story of the Sutton Hoo excavation. Carey Mulligan stars as Edith Pretty, an English widow who employs self-taught archaeologist Basil Brown (Ralph Fiennes) to excavate several ancient mounds in her property. What they find changes the foundational understanding of the Dark Ages. While the overarching plot revolves around this incredible discovery, the human stories empower the film’s emotional aspects. Here is everything you need to know about the ending of ‘The Dig.’ SPOILERS AHEAD.

The film opens as Brown arrives at Mrs. Pretty’s home and begins digging on one of the earthen mounds littered all over her property. Initially, it’s just Brown and two of the people who work for Edith. Her son, Robert (Archie Barnes), takes an immediate liking to Brown. Driven by the limitless curiosity of childhood, he eagerly helps Brown in any way he can. Brown nearly dies one time when he gets buried alive at the excavation site but is saved by Edith and her workers’ timely actions. Until now, they have been digging on the smaller mounds.

After the near-fatal incident, Brown has an epiphany and starts digging on the property’s largest mound, just as Edith originally suggested. Soon enough, the outlines of an Anglo-Saxon ship are revealed. As the news of the new findings spread, it draws the local Ipswich Museum and the British Museum’s attention. The plot unfolds on the backdrop of the imminent World War II. As the rest of the country prepares to protect the present from Nazi Germany, Edith, Brown, and his helpers persist in searching for the past.

The Dig Ending: What Does Brown and Others Archaeologists Find?

Under the largest mound, an Anglo-Saxon ship had been buried for well over a thousand years. It served as a tomb for a king. As Brown explains to Edith and Robert, after the king’s death, his subjects rolled the ship on logs from the nearby river to bring it to the gravesite. When the news of this amazing find reaches the people at British Museum., archaeologists Charles Phillips (Ken Stott), Stuart Piggott (Ben Chaplin), and Peggy Preston (Lily James) arrive from London to take over the excavation. 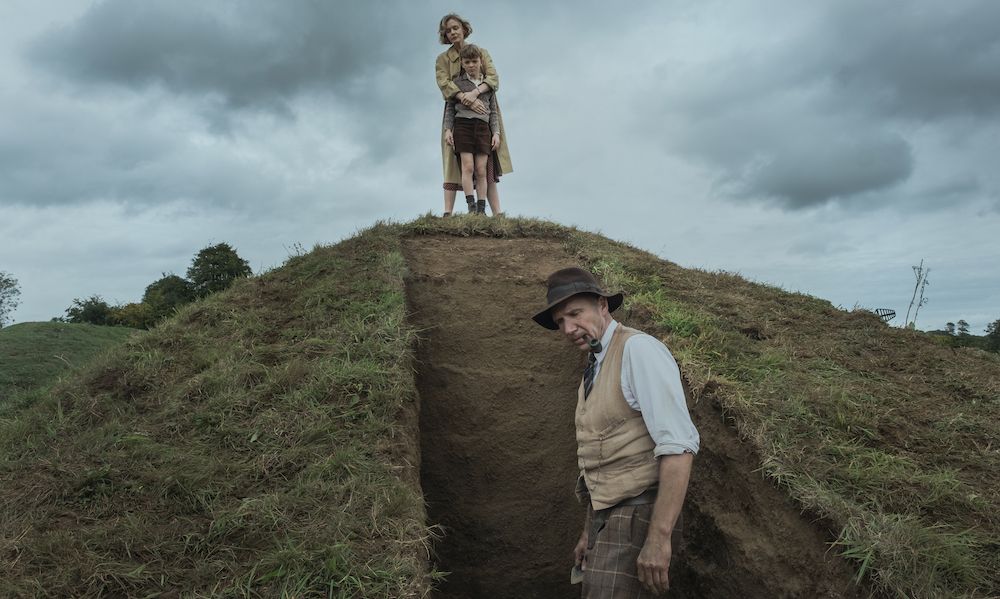 But ultimately, it’s Edith’s property, and she convinces Phillips to keep Brown as part of his team. It is Peggy who discovers the first piece of actual treasure from the site. An enormous trove of treasure, including gold shoulder clasps and other ornate jewelry, a helmet, bowls, and weapons, is discovered in the following days. It generates considerable media and public attention. One of the archeologists fittingly draws the parallel between their findings and Beowulf, the old English epic poem about the eponymous hero.

Does Brown Receive Credits for the Findings?

While the team from the British Museum conducts the latter part of the excavation, Brown is the one who discovers the site and hence rightly deserves recognition for it. And yet, Phillips, a traditionally trained archaeologist, easily dismisses Brown’s contribution. A treasure trove inquest decides that all the materials found at the gravesite belong to Edith. She later donates them to British Museum, under the condition that Brown will get his due credit. 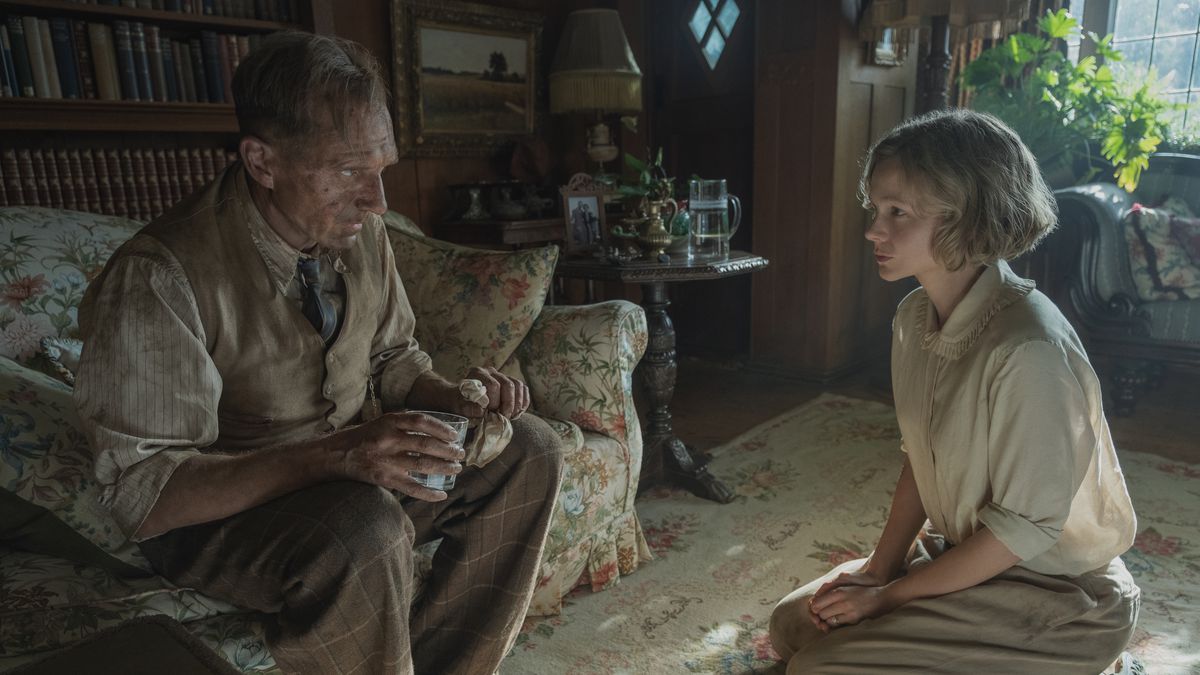 As the texts in the closing scenes reveal, the Sutton Hoo Treasure was kept safe in a London Underground Station during World War II. Nine years after Edith’s passing, British Museum put them on display for the general public. Brown, who was alive at the time, did not receive credits, despite the promise the Museum made to Edith. However, that has changed in recent years, with the Museum recognizing Brown’s distinctive contribution to archaeology. Now, his and Edith’s names are featured together in the Sutton Hoo display at the Museum.

Why Does Edith Die? How Does She Ensure That Robert Will Be Alright after Her Death?

Edith continues to have these bouts of dizziness, which her family physician says is caused by hypertension. But when she consults a specialist in London, he informs her that she has an underlying heart condition. A rheumatic fever that she had as a child permanently damaged the valves of her heart. The sudden onslaughts of dizziness are results of heart attacks, and the next one can potentially be terminal. 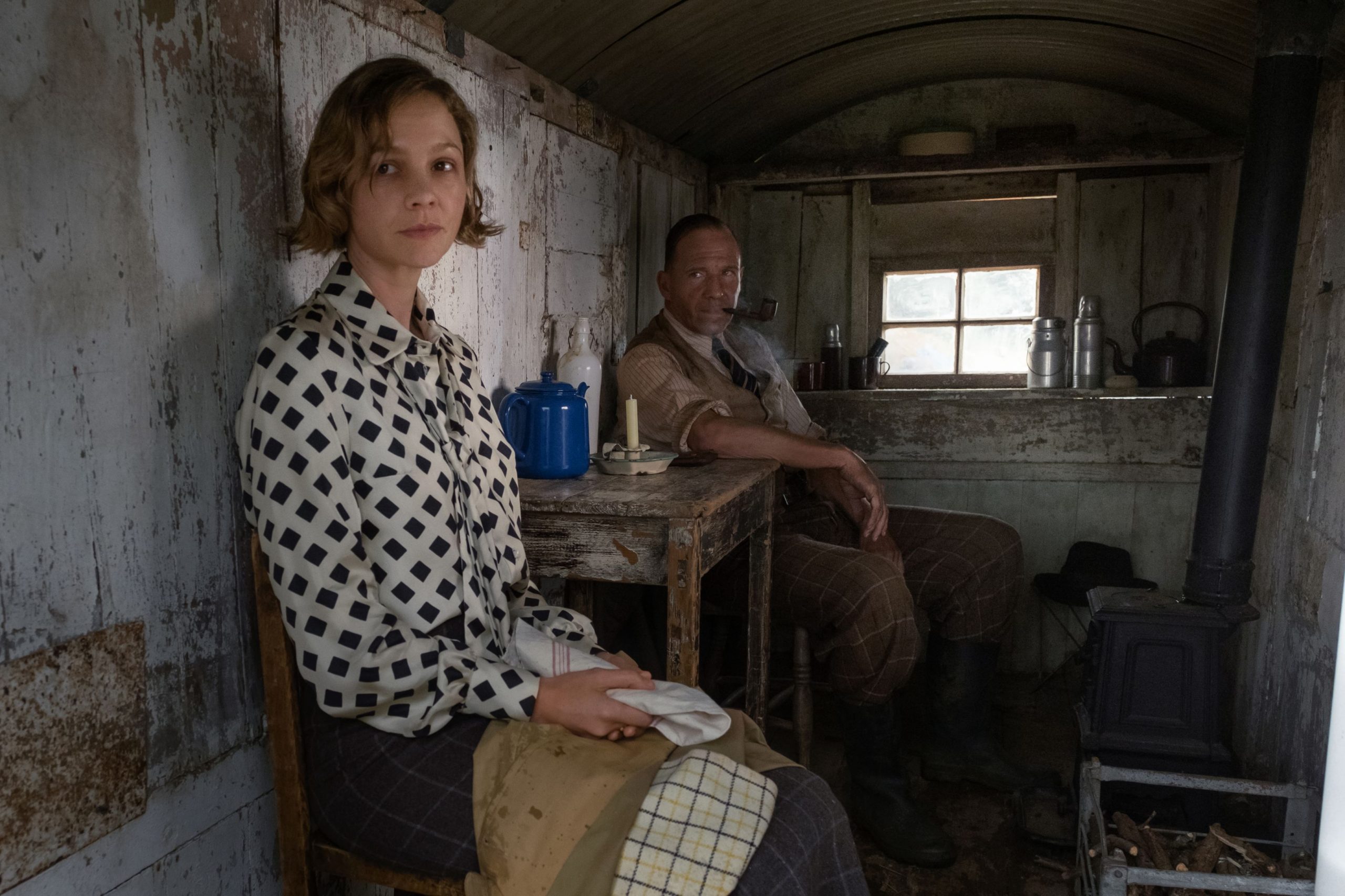 Hearing this, Edith starts putting her affairs in order. She knows how close Robert is to her cousin Rory (Johnny Flynn). Although Rory will soon join the Royal Air Force, she tells him that he must survive the war, knowing that her son will need him. Robert has also developed a close connection with Brown. Edith asks him and his wife to continue to be part of Robert’s life.

There is a poignant scene in the last part of the film wherein Robert sets up a bed for Edith on the excavation site. Through the limitless imagination of a child, the ancient ship becomes a spaceship that will travel to the Orion’s Belt, taking the Queen, his mother, home. Edith passes away not long after, but with the knowledge that Robert still has people who care for him.

Why Does Peggy Leave Stuart?

From the moment they arrive at the Pretty household, it is heavily implied that Stuart and Peggy don’t share a conventional spousal relationship. It is later revealed that he is attracted to one of his male colleagues. Peggy, while working at the excavation site, falls in love with Rory. She realizes that both she and Stuart deserve happiness, and they can’t attain it with each other. In the penultimate scene, right before Rory is about to leave for war, he and Peggy make love. In the future, they may see each other again or not, but the two will always have this evening at Sutton Hoo.

Read More: Where Was The Dig Filmed?