Where Was The Dig Filmed? 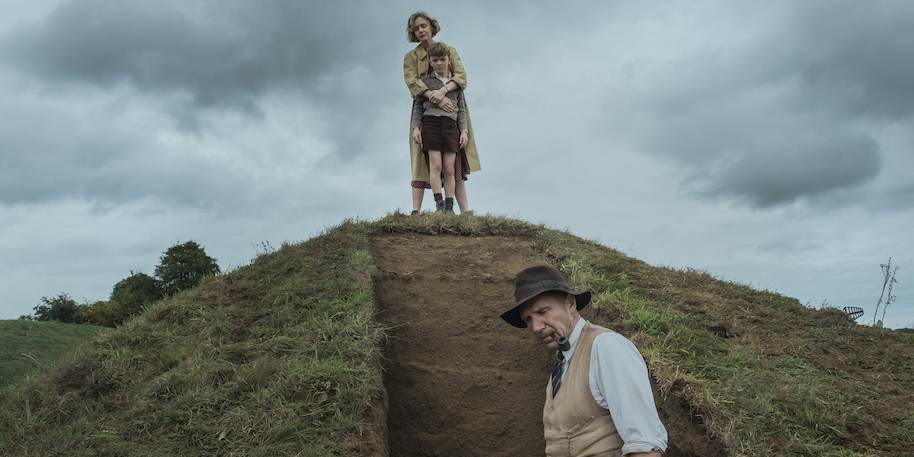 Who knew that a shared love for history could spring a friendship between two people from different social backgrounds? Set just ahead of the eruption of World War II, ‘The Dig’ is a historical drama film based on the eponymous book by John Preston. It follows Mrs. Edith Pretty (Carey Mulligan), as she hires a semi-professional archaeologist, Basil Brown (Ralph Fiennes), to dig up some mounds in the corner of one of her fields.

The story revolves around the discovery of the Anglo-Saxon ship burial site at Sutton Hoo. Apart from the compelling performances from the main cast, it has also been lauded for capturing the beautiful visuals of the English countryside. Since ‘The Dig’ is based on historical events, you must be curious to know if it was also filmed at the original excavation site. Well, we’ve got your back!

‘The Dig’ was filmed in England, specifically at Surrey, Suffolk, and Norfolk. Although the movie did not film at the actual site at Sutton Hoo, the movie was shot mainly in and around the area. Here are the details about the specific filming locations!

The town of Godalming in Surrey was one of the primary filming locations, where a life-sized replica of the burial site was constructed. The expensive residential town, known for its visual appeal, is located around 30 miles from London. 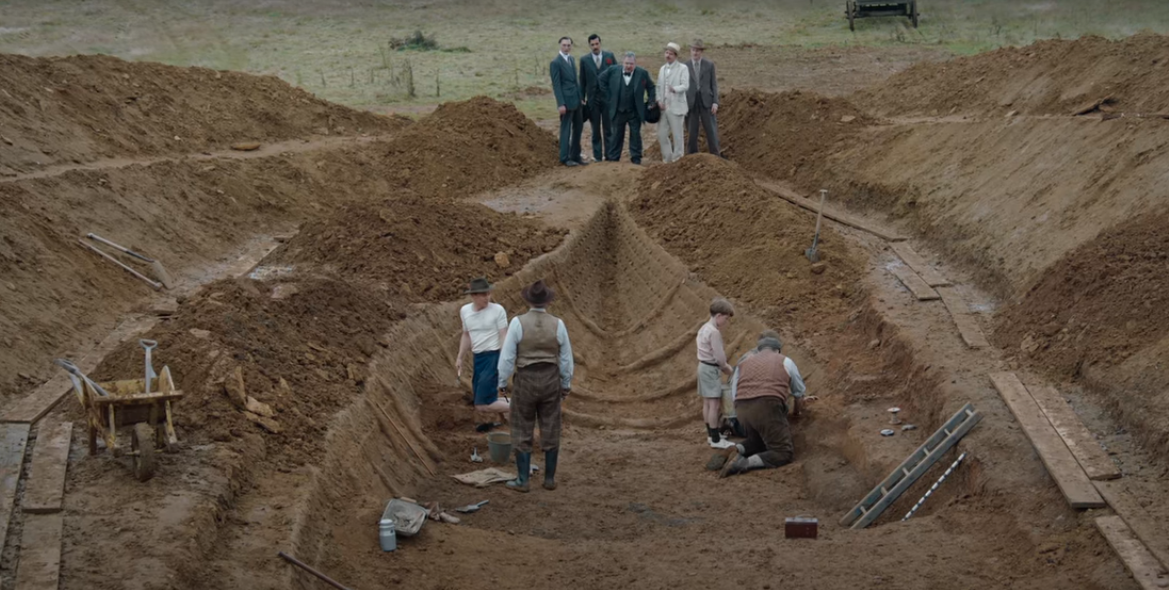 In an interview, Carey Mulligan recollected filming the landslide scene here, which left her extremely shaken since Ralph Fiennes was actually covered in mud, and they had to save him. She shared that she was not acting while filming that scene because she was genuinely terrified and felt responsible for Fiennes.

Several locations close to the excavation site in Suffolk feature in the film. Some of them are Snape, Iken, Butley, Thorpeness Beach, and Rendlesham Forest. You may also recognize the Ipswich Museum, which appears as itself in the film. A scene was also shot at Shingle Street, near the village of Hollesley.

With just a couple of days until @NetflixUK release The Dig with Carey Mulligan and Ralph Fiennes, we are looking forward to the scenes that were filmed along the Alde & Ore estuary, particularly Boyton Marsh. ➡️📽
•#thedig #film #netflix #aldeandoreestuary #location pic.twitter.com/luWIIJTiPz

Suffolk is home to the actual burial site at Sutton Hoo, which lies in the eastern part of the historic county. Believed to be the resting place of King Raedwald of East Anglia, the site is now in the care of The National Trust. Most of the objects unearthed from the site are housed at the British Museum.

The team particularly enjoyed filming in Cromer, Norfolk. But unfortunately, the scenes filmed here did not make it to the final cut of the movie. Cromer served as a filming location for Peggy Preston’s honeymoon scenes, where she stays at Hotel de Paris. The director, Simon Stone, hinted that although these scenes are not part of the film, they will be made publicly available in the future.

Read More: Is The Dig a True Story?