The Dig is Based on a True Story. Here’s What Really Happened. 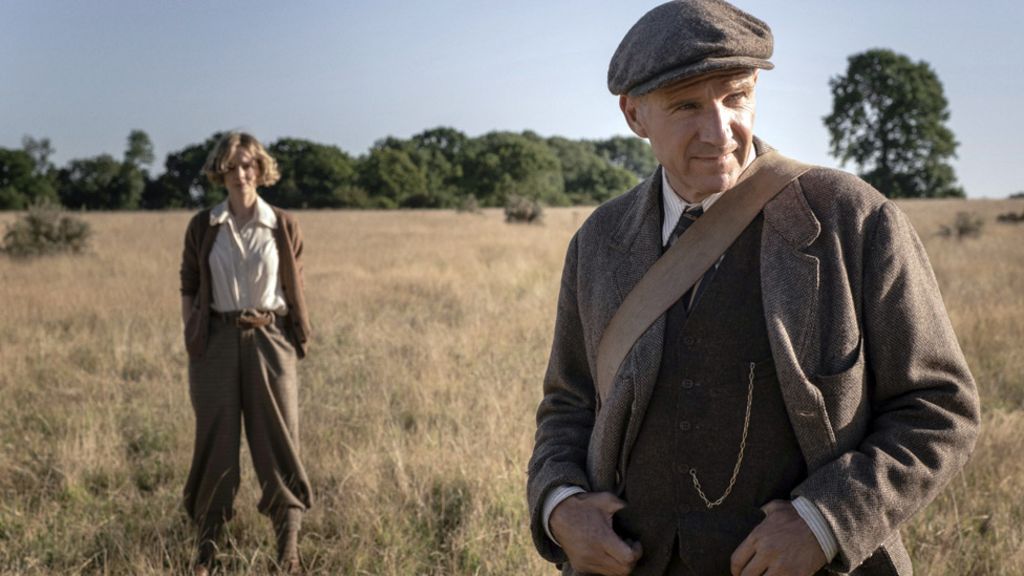 ‘The Dig’ is the retelling of events surrounding the discovery of the Sutton Hoo burial site. In this historical drama film, Mrs. Edith Pretty (Carey Mulligan) hires the self-taught archaeologist Basil Brown (Ralph Fiennes) to dig up some mounds in one of her fields. As Europe tenses up for the Second World War, they are at the brink of discovering some of the most important historical artifacts that would redefine the history of England. If you are wondering whether there is any truth to the story of this film, we are here to help you settle those doubts!

Is The Dig Based on a True Story?

Yes, ‘The Dig’ is based on a true story. The film is based on the novel of the same name by John Preston. The author of the novel is the nephew of Peggy Piggott, who was one of the people involved in the excavation. However, John Preston admitted that he employed a certain degree of literary license for dramatic effect in the book. Therefore, it is not an accurate account of the real events. The book presents the events through the eyes of different people, which means that it is bound to impact the chronology and knowledge about the archaeological site and the people involved in the project.

John Preston only became aware of his family’s involvement in the Sutton Hoo excavation in 2004 when a second cousin casually slipped it into their conversation. Preston never knew his aunt, Peggy, because she did not get along with John’s father. Peggy was the first person to find gold at the site and kept a journal, which John Preston finally got from his half-sister, who grew up with Peggy. It describes the social milieu at the time along with the excavation as the team dug up the “remains of a lost civilization,” when civilization itself was on the brink as the world raced towards World War II.

As far as actual events are concerned, the book takes off from reality, which means that the film does too. The book and the film merge the excavation – which took place over two seasons – into one. The real excavations were carried out in 1938 and 1939. Three mounds were dug up first (June 20- August 9, 1938), which were followed by the discovery of the famous ship burial site between May 8 and September 3 in 1939. Even the dramatic landslide incident is possibly placed in the narrative from a different phase of the excavation.

The original site at Edith Pretty’s estate comprised eighteen low mounds, located 500 yards from the main house. Edith had a keen interest in history and archaeology and had been curious about the mounds for a long time. In July 1937, Edith met a local historian, Vincent Redstone, and spoke about the mounds on her estate. Redstone wrote to Ipswich Museum, following which the museum’s curator, Guy Maynard, visited the Sutton Hoo estate. It is then that the museum appointed Basil Brown to begin excavating the site.

Another significant difference from the historical events is that the film shows Mrs. Edith Pretty as a young widow, but in fact, she was about 56-years-old when the 1939 excavation took place. Although Mrs. Pretty is much younger than Basil Brown in the movie, in reality, she was five years older than him. The relationship between the two was completely platonic.

Rory Lomax (Johnny Flynn) is a fictional character in the novel as well as the film. The actual key photographers on the site were Mercie Lack and Barbara Wagstaff. Therefore, the romance between Rory and Peggy is not based on true events. In fact, at that time, Peggy was married to her first husband, Stuart Piggot. Although the book states that she had to cut short her honeymoon to join the excavation, she and Stuart had been married since 1936.

These scenes were filmed for the movie at Cromer, Norfolk but were eventually removed from the film’s final cut. The film shows her marriage to Stuart falling apart, which actually happened many years later, and they divorced in 1956. Therefore, although the movie may exhibit disturbance in chronology and finer details, ‘The Dig’ is inspired by real-life events.

Read More: Where Was The Dig Filmed?