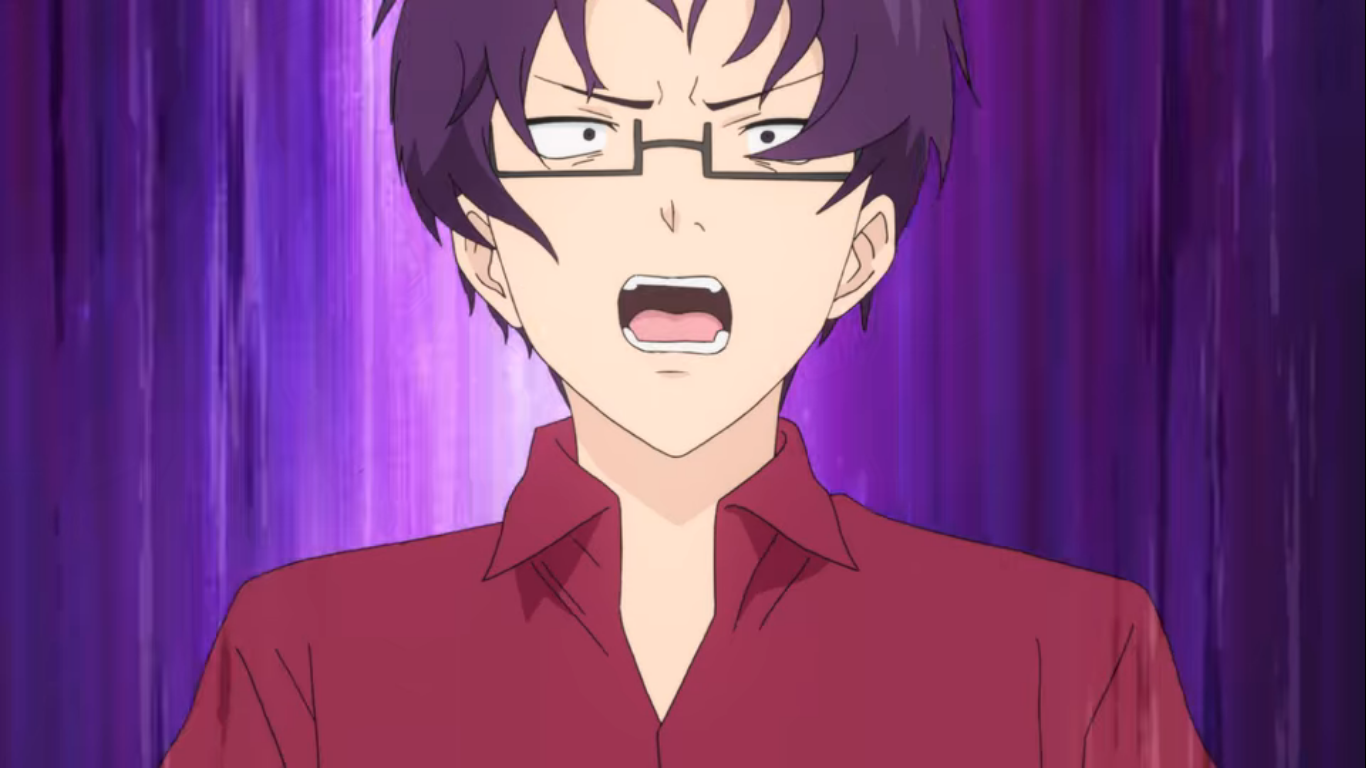 ‘The Disastrous Life of Saiki K.‘ perfectly fits the ONA format that is followed by Netflix. As a viewer, this allows you to keep a track of the direction in which the show is heading in. While, for the most part, there is a lack of evident characterization and story progression in it, the fact that you don’t have to wait for a weekly episode just gives its storyline a better flow. In episode 3, while the continuous expositional dialogue of Saiki-Kun remains pertinent, it takes a slightly different approach with its comedy. Instead of showering you with one fast-paced gag after another, each short slowly warms you up and then concludes with one big knee-slapper of a joke.

A teacher with the “face of pervert” joins Saiki’s school. As expected, on his first day itself, he gets ridiculed for his horrid looking features and many girls of Saiki’s class don’t even feel safe around him. As soon as he starts talking to Teruhashi, all the boys of the class (except for Saiki, of course), overreact and get all protective about her. Later, the girls start complaining that they spotted a peeping tom right outside the girl’s room. While a lot of fingers are pointed towards the new teacher, Saiki tries to be on his side. In the end, through a video that Reita was taking, it becomes evident that the teacher was not peeping and was only passing by. But the video also proves that Reita was the one who was spying on the girls. With this, he gets thrown out of the window of the class.

The second short is all about Kaidou, Saiki, Nendou, and Aren, who decide to walk to Aren’s home for a bowl of ramen. While they are at it, Nendou tells them about a man who asked him for some money. Convinced that he was conned, Aren convinces him that the man duped him and took his money. In the end, it turns out that the man was no one but his own father. In the third arc of the episode, the four of them get together again and try to write a manga of their own. While they get busy plotting and designing characters for it, Saiki just sits around raising a judgemental eye at all of them.

The final short of the episode has a very simplistic storyline in which Saiki tries to enjoy his routinely cook show on television. However, to his dismay, it turns out that Teruhashi’s brother is their new guest. He gets really pissed by this and almost turns off the television. But then he realizes that his favorite coffee jelly is being featured on the show and he continues watching. In the end, after he’s done watching the show, everything comes in full circle when Teruhashi’s sister gets mad at her brother and all the coffee jellies that he had initially bought for her, end up at Saiki’s place.

Except for the first short, all the shorts in episode 3 have no twists or turns of any sort in context with the storyline. The only thing that makes this episode mildly entertaining is how it has been framed in a way that it leads you to one ultimate one-liner. All the shorts start off as a shaggy-dog story which later just turns out to be a massive build-up for an epic conclusion. While this steals away from the overall meta-humor of the show, it prevents it from being stale and adds variety to the comedy.

Especially in the final short, it forces you to believe that it is simply trying to follow a meta-trope of some kind by depicting a very generic storyline but then subverts it. My initial impression of it wasn’t so great as I only expected it to be a culmination of Saiki’s humorous commentary on the TV show that he watches. However, its ending changes everything by bringing the whole setup in full circle and subverting from what it initially seemed to be. This something that ‘Saiki K.’ has always done remarkably well and that’s probably one big reason why it is considered to be one of the best comedy anime shows. Not everything is great about the third episode and I would still hold the shorts of the first one above all others, but it did have its moments here and there.