The Eminence in Shadow Episode 1 Recap and Ending, Explained 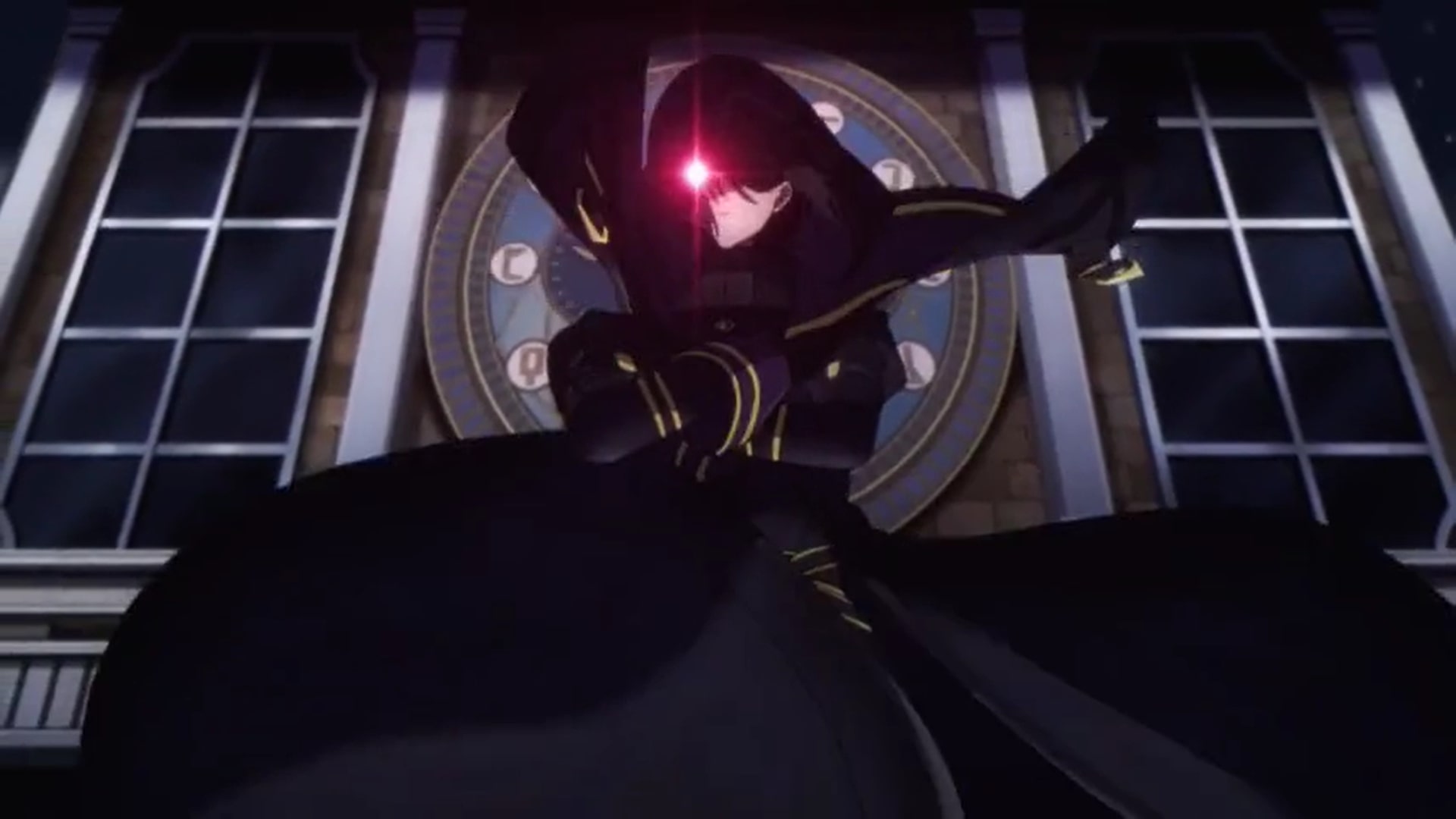 In ‘The Eminence in Shadow’ episode 1 titled ‘The Hated Classmate’ Agane Nishino, a teenager from a wealthy family tries to be friendly with his classmate Minoru Kageno- despite his aloofness. Just like her, Kageno also lives a double life without anyone realizing it and has a seemingly impossible dream that he plans to accomplish. Here’s everything you need to know about the ending of ‘The Eminence in Shadow’ episode 1. SPOILERS AHEAD!

The Eminence in Shadow Episode 1 Recap

After she prepares for another school day and leaves her house, Akane Nishino the heiress of a large corporation finds her driver waiting for her. At school, she meets his classmate Kageno, a mediocre student who rarely shows any interest in her. He strikes Nishino as odd since he does not even care to remember her name and does not make her feel special. 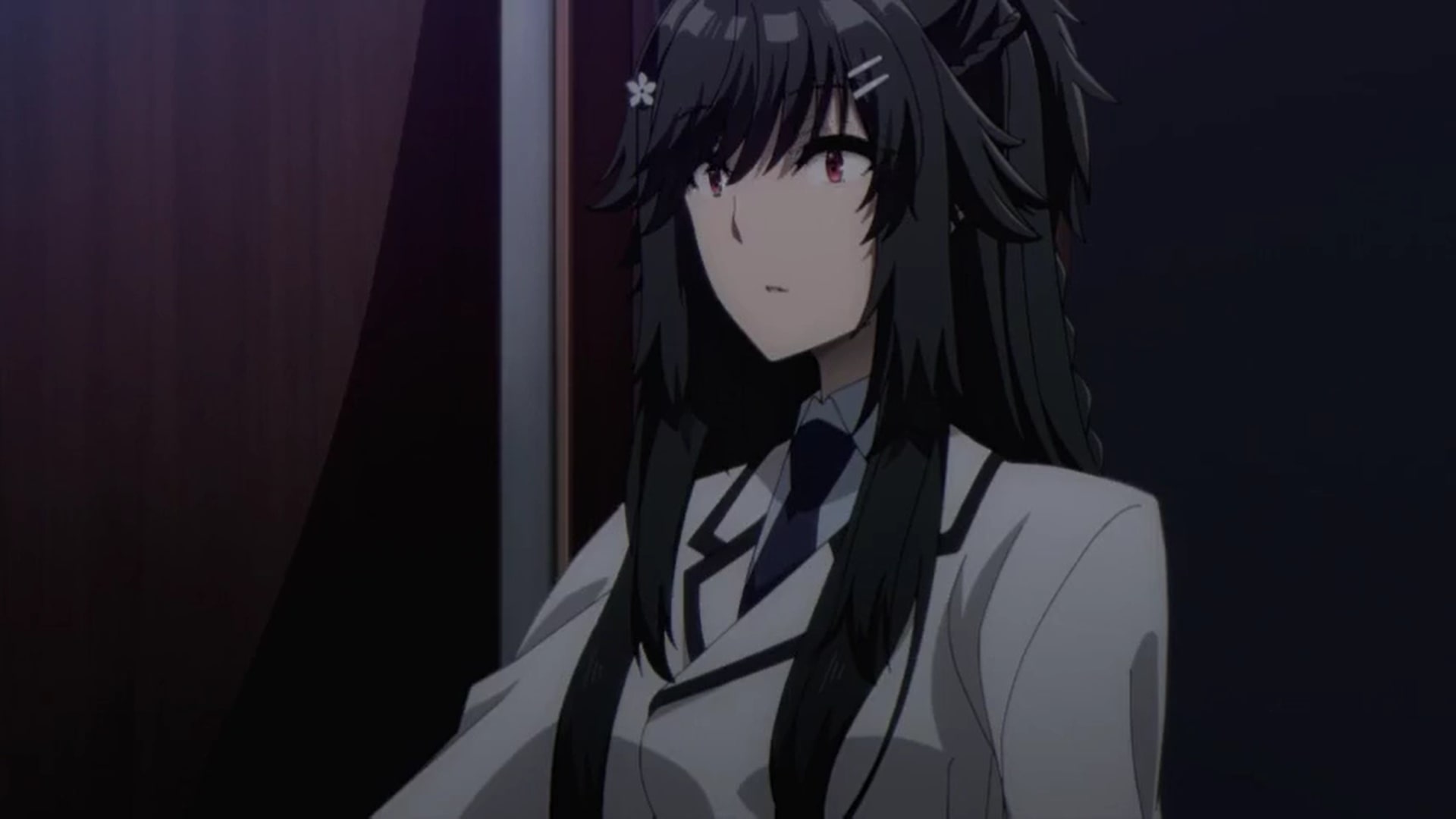 Later in the classroom, the students surround Nishino to ask her about the upcoming drama that she is featuring in and she loves the attention. Meanwhile, Kageno continues to be lost in his thoughts completely clueless about the mundane discussions of his classmates. Akane on the other hand has worked really hard to get good grades to build a rapport with the teachers while being in the good books of her classmates too.

After the end of the day, Akane calls her driver but he does not answer. It turns out that he is surrounded by a few thugs who brutally beat him up. Clueless about this, Nishino decides to walk back home but the same people kidnap her on an empty street. As she is forcefully taken away, Nishino sees Kageno watching the whole drama unfold from a distance.

The Eminence in Shadow Episode 1 Ending: Who Rescues Nishino from Kidnappers? Are the Mysterious Ski Mask Berserker and Stylish Thug Slayer the Same People?

After kidnapping Nishino, the kidnappers immediately send a ransom note to her parents. However, one of them is not interested in just sitting around and waiting, so he decides to sexually abuse her. It turns out that she has been abducted once in the past as well by a stalker who had abused her. In the present time, the kidnapper plans to do the same, but his eyes suddenly fall on a shadow standing on the roof and looking at him through the glass window. 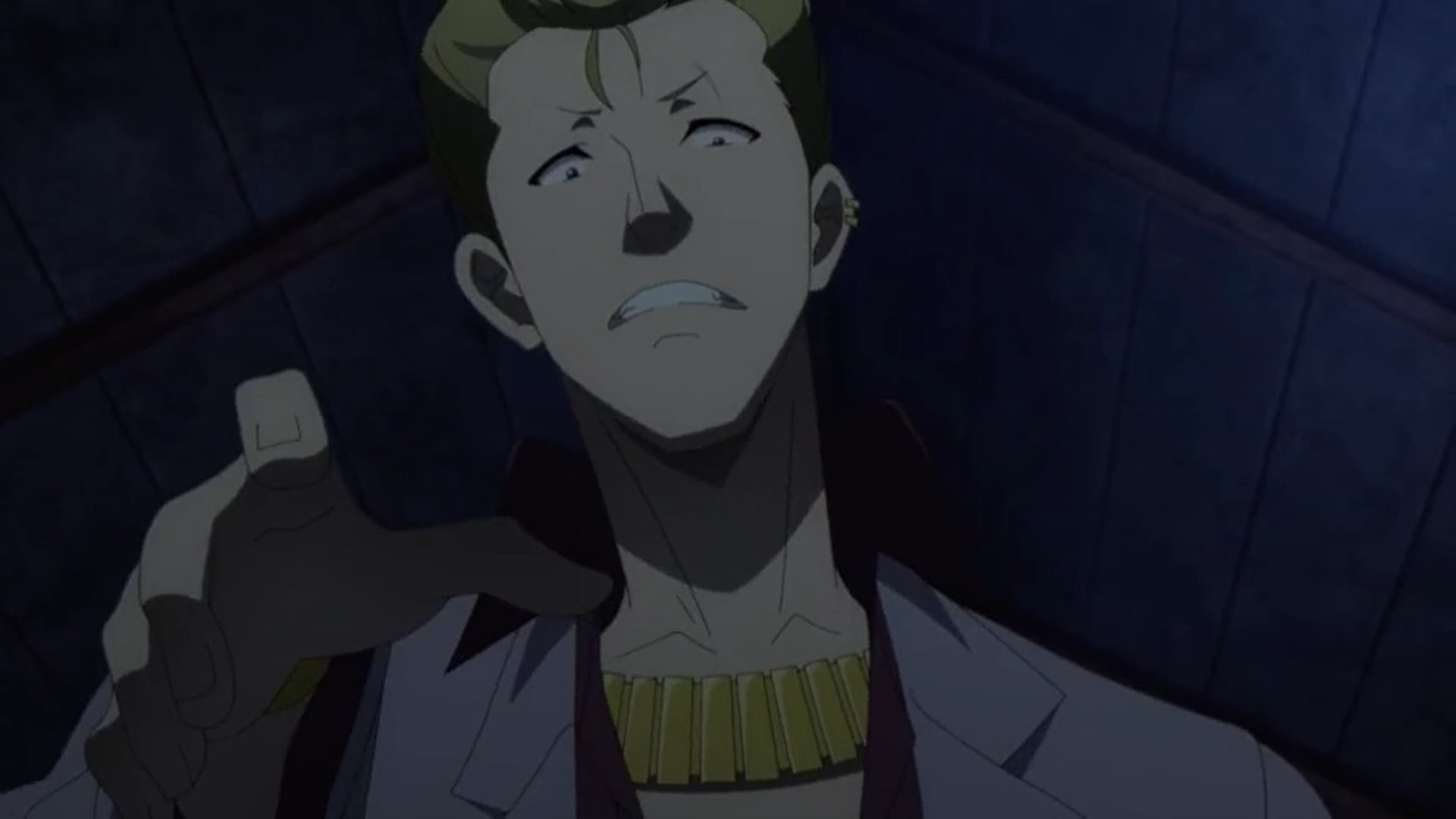 Without a shred of fear, the mysterious man jumps straight in and introduces himself as the Stylish Thug Slayer. The abductor that was attempting to abuse Nishino tries to pull out a gun but the masked man throws knives with such high accuracy that they hit him right on his hands. After this, the Stylish Thug Slayer easily knocks him out. The other abductor calmly introduces himself to the masked man and casually mentions that he has worked in the military in the past.

To his surprise, his enemy replies that he has always wanted to fight a soldier. The two of them do not waste time and are at each other’s throats moments later. While the battle looks balanced initially, the Stylish Thug Slayer slowly gains the upper hand and mentions that he is the same person who has been beating biker gangs up in recent times. 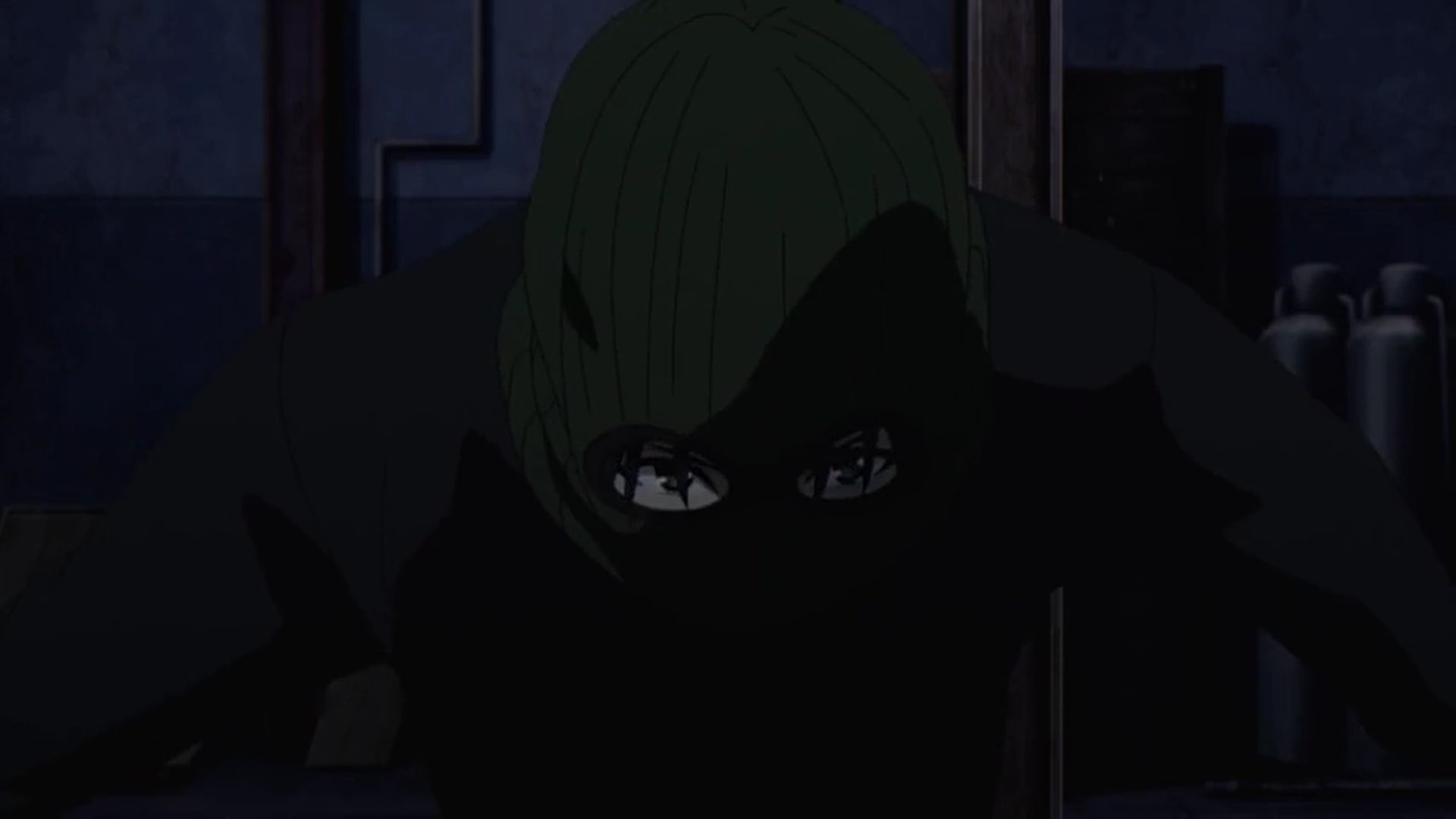 The kidnapper is shocked to realize that he is fighting the Ski Mask Bersker. But it’s too late for him now and the masked man effortlessly incapacitates him after beating him up brutally with a bar. He then frees Nishino and advises her to not walk back home alone from now on. It is then revealed that the Stylish Thug Slayer and Ski Mask Bersker are both actually Kageno.

Is Kageno Dead? Does He Get Reincarnated?

After Nishino called the police, help arrived soon afterward and his father ensured that the news did not reach the public. The identity of the Stylish Thug Slayer remained a mystery. When Nishino meets Kageno the following day, she has a feeling that he too is living a life in the shadows much like her, but has no evidence of it. Unfortunately, a few days later, while walking on the street, Kageno is run over by a truck. The accident happened as the driver was not looking ahead. 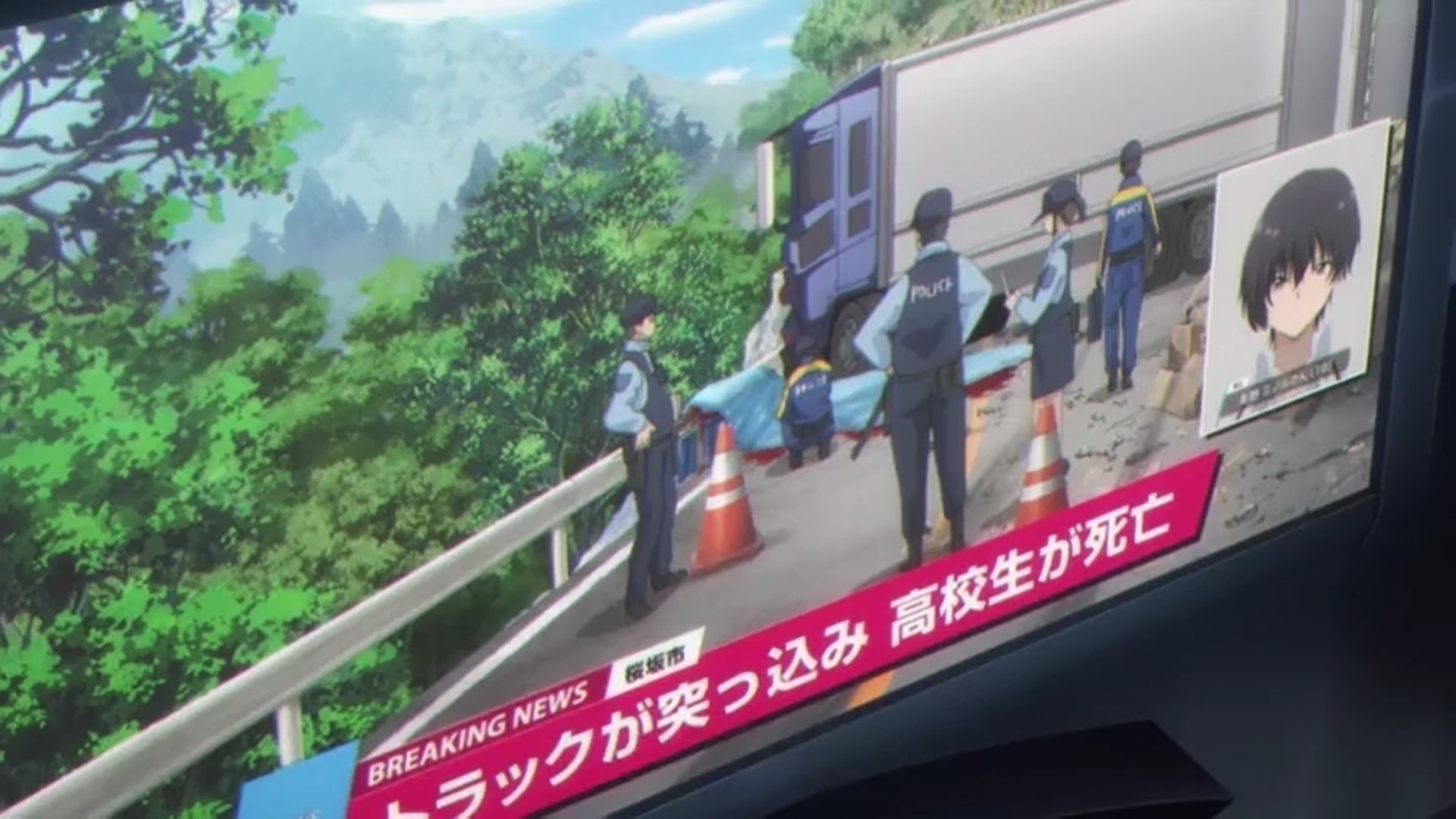 Kageno ended up dying on the spot, while further investigations into his death were started by the police soon afterward. However, despite losing his life in a road accident, his dream of becoming an Eminence in the Shadow does not die. He gets reincarnated as Cid Kagenou and starts his own secret organization known as Shadow Garden.

What Does it Mean to Be An Eminence in the Shadow?

Just like every young boy who gets inspired by shows to become a hero, Kageno also had the same dream. However, there was one critical difference, unlike other kids, he only became more determined as he grew older. In order to accomplish his seemingly impossible goals, Kageno acquired the necessary combat and other skills, all the while posing as a mediocre student in school. His double life only pointed to his desire to operate from the shadows, while having an enormous influence on real-world events. He referred to the personification of his childhood desires as the Eminence in Shadow, a man who wields enormous powers but remains unknown to most people.

Read More: Is The Eminence in Shadow on Netflix, Crunchyroll, Hulu, or Funimation?