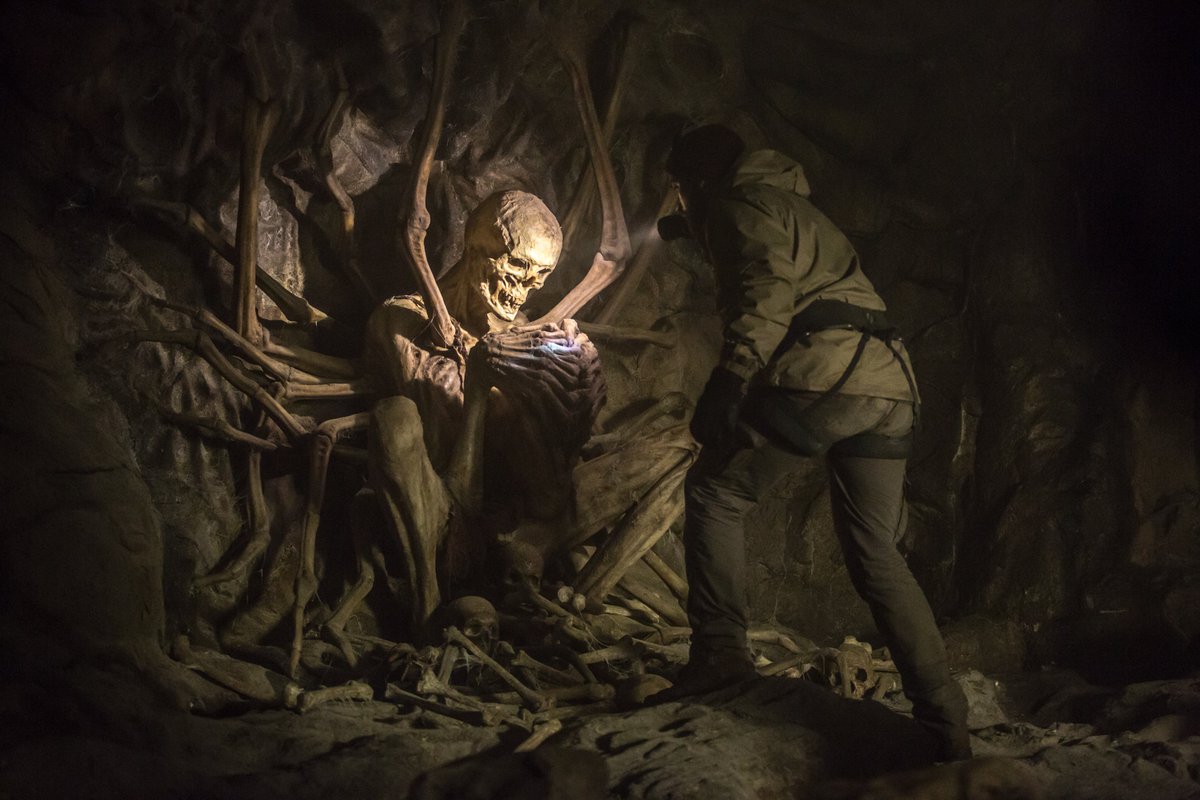 Writer-director David Prior’s ‘The Empty Man’ (2020) is an ambitious and experimental film, brimming with a perpetual sense of dread that is becoming increasingly rare in modern horror films. Although the movie is inspired by the graphic novel of the same name by writer Cullen Bunn and artist Vanesa R. Del Rey (later Jesús Hervás), very little of the source material seems to be present in the adaptation. At the time of its release, the film was a critical and commercial disappointment. However, in the ensuing years, it has come to be regarded as a cult classic.

The story revolves around former police officer James Lasombra (James Badge Dale), who investigates the sudden disappearance of a friend’s daughter and finds evidence that leads him to a deadly cult. As he begins to unravel the mystery surrounding the dangerous group, he discovers certain horrifying truths about himself. Here is everything you need to know about ‘The Empty Man’ ending. SPOILERS AHEAD.

The story begins in 1995 in Ura Valley, Bhutan. While trekking on a mountain with his friends Ruthie, Greg, and Fiona, Paul (Aaron Poole) hears a flute playing in the distance and falls into a cave while trying to find the source of the music. Greg follows him into the cave and finds his friend sitting in front of a skeleton of an entity that doesn’t particularly seem human. Greg subsequently gets an unresponsive Paul out of the cave. The friends are forced to take shelter in an abandoned hut due to a snowstorm.

On their second day on the mountain, Paul is still unresponsive, and Ruthie sees a strange figure wrapped in rags outside. At night, while she is sleeping, Paul murmurs something unintelligible in her ear. Ruthie, Greg, and Fiona find Paul missing in the morning. They go looking for him and spot him in front of the bridge they walked through two days ago, sitting in the same pose as before. Ruthie suddenly attacks Greg and Fiona and kills them both before jumping off the cliff herself. 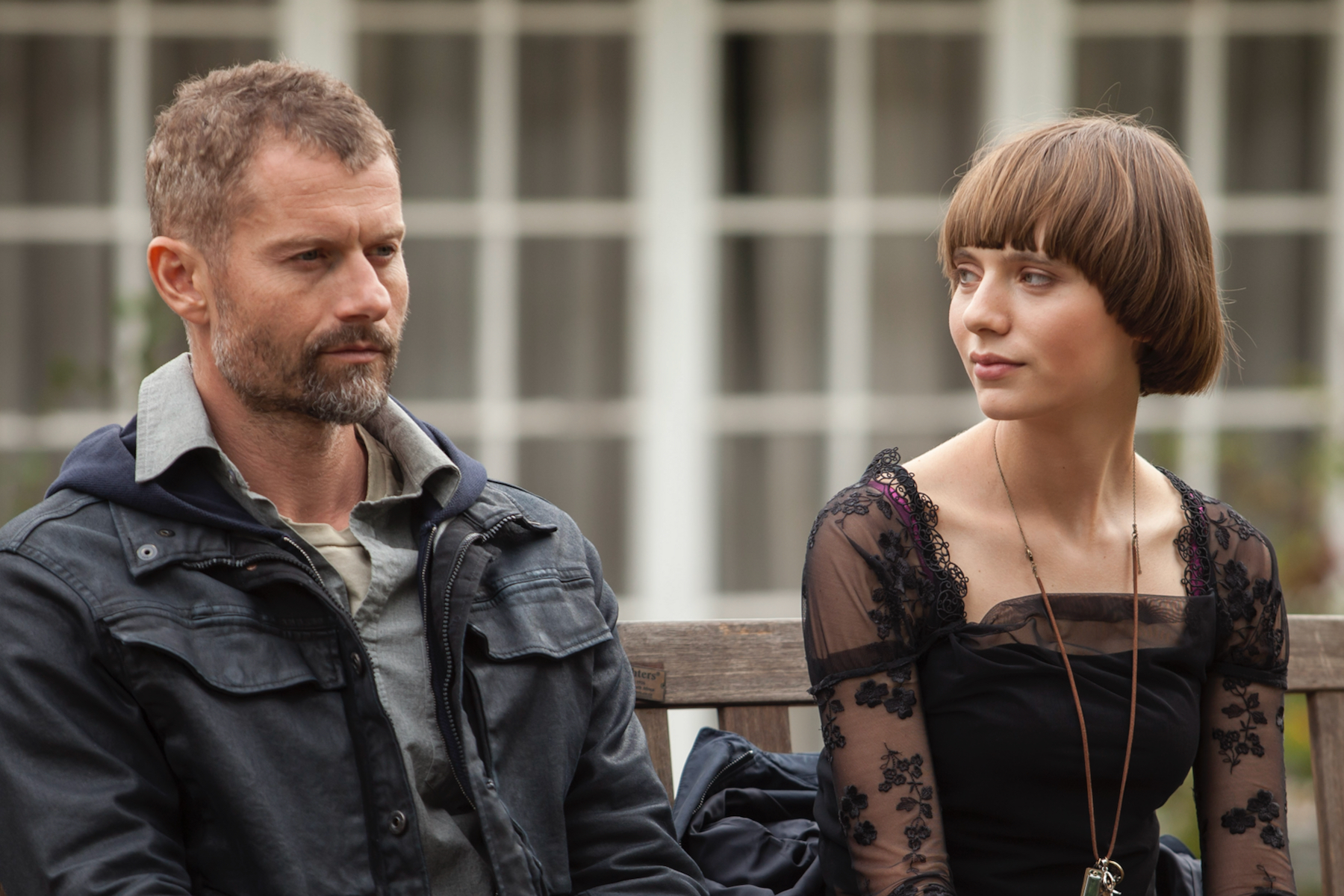 23 years later, in Missouri, James, a former undercover officer, struggles to come to terms with the deaths of his wife Allison and son Henry in a vehicular accident a year ago. He has nightmares about the accident and seems to be withdrawn from society. In one of the movie’s early scenes, the audience sees him paying for a meal at a Mexican restaurant with a birthday meal coupon. Nora Quail (Marin Ireland) is his neighbor and friend. Her husband is also dead. One day, Nora reaches out to James after her daughter Amanda (Sasha Frolova) goes missing. When James comes to Nora’s home, he sees the following words written in blood on the bathroom mirror, “The Empty Man made me do it.”

Realizing that the police will not do much as Amanda is 18 years old, James begins to look into her disappearance. He speaks to her friend Davara (Samantha Logan), who reveals that she, Amanda, and some of their friends tried to enact a local legend. While they were on a bridge, they blew into an empty bottle that they found and thought of the Empty Man. Suddenly, they heard that someone was approaching, and they ran away. James goes to the bridge where this incident happened and finds the bodies of Amanda and Davara’s friends hanging underneath it.

Shortly after, Davara kills herself, seemingly believing that she is being attacked by the same strange figure that Ruthie saw. James’ nightmares worsen, and he even starts having hallucinations. In Amanda’s notebook, James finds a leaflet advertising an organization called the Pontifex Institute. As he starts looking into them, he discovers that they have taken an active interest in him.

The Empty Man Ending: Who is the Empty Man? What is the Pontifex Institute? What Happens to James?

The Empty Man seems to be an urban legend that has become popular in the last couple of decades. According to the legend, after someone summons the Empty Man, they can hear the entity on the first day. On day 2, they will be able to see the entity. And on the third day, the Empty Man comes for them. The sequences of events that happen with both Paul and his friends and Amanda and her friends follow this pattern. When James starts experiencing his share of horror, he also follows the same path.

During his investigation, James discovers that Pontifex Institute is the base of operations for the Pontifex Society, a doomsday cult that is seemingly inspired by Eastern mysticism. It can trace its origin to Bhutan, and at some point, it moved to St. Louis, Missouri. The cultists worship an entity known as the Between One, an “ancient and angry” being who they believe can undo all constraints of reality. According to the cultists, just as all living beings reside in the biosphere, their consciousnesses, thoughts, and dreams reside in the noosphere, which is also the home of the thoughts and consciousnesses of beings like Between One. 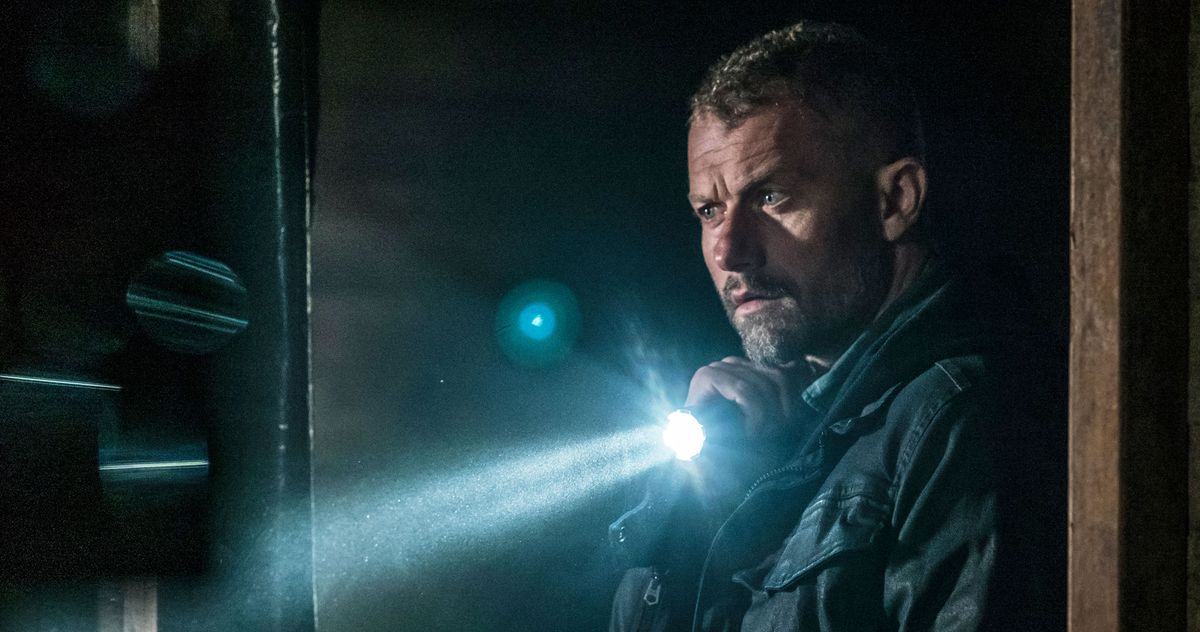 The Empty Man is the Between One’s conduit, his way to relay his messages to his followers in the Pontifex Society. As Amanda reveals in the film’s climactic scene, the last true Empty Man died about 500 years ago. When Paul was led to that cave in Bhutan, he became the next Empty Man. But his mortal body was not enough to contain the incredible power for a prolonged period, so he has been in a coma for several years. His followers regularly visit him to get messages from the Between One. But they have come to realize that they need a replacement. And that’s why they have created James.

Amanda tells James that he is their “tulpa,” the manifestation of their will. He was created three days earlier, on the day when the film’s story started following him. None of his memories are real. The cult made up his entire life, including his childhood, marriage to Allison, and affair with Nora. When he calls Nora, it is revealed that she doesn’t know him. He was made for the sole purpose of being the next prophet of the Pontifex Society. James tries to deny it and fight it before the entity completely takes over his physical body. The film ends as he shoots Paul, splattering the latter’s blood and cerebral white matter on the wall in the same pattern as the one he sees in the cabin in the woods. The Pontifex members accept him as their new prophet and kneel before him.

What Is the Significance of the Bridges in the Film?

Several bridges appear throughout ‘the Empty Man,’ enunciating their metaphorical importance in the plot. Paul and his friends cross a simple suspension bridge made up of rusted iron and steel during their trek. When the audience is introduced to James, he is seen jogging on a bridge. Furthermore, the legend of the Empty Man is closely tied to bridges. They represent what the Empty Man essentially is — a conduit between two worlds, between noosphere and biosphere, and between the Between One and the Pontifex Society.