Everything We Know About The Falcon and The Winter Soldier 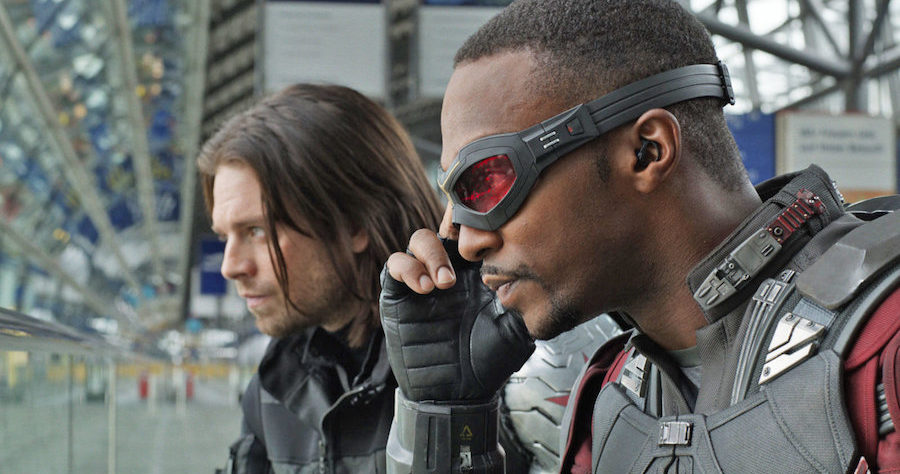 The San Diego Comic Con is the holy pilgrimage that some lucky comic book fans are religiously part of every year, with Hall H being the sanctum sanctorum. Just like every year, 2019 brought about a barrage of movie and TV news, enough to keep us hooked on speculations and sparsely showered details about an exciting lineup of shows, stretching to as far as 2022. While DC was a no show at this year’s SDCC in the movie department, its comic book counterpart Marvel saw a full house at Hall H, where announcements regarding the next phase of Marvel movies and TV shows were made, only to send fans in a frenzy. And what a weekend it has been for the mammoth comic book studio.

Between news of at least six new films and the same number of TV shows if not more, ‘Avengers: Endgame’ became the highest grossing film of all time, beating James Cameron’s ‘Avatar’ which held the record for more than a decade now. Amidst all things bright, check out what Marvel has in store for us for Phase IV, here. Whence you are done controlling the inner screams of excitement, we will deep dive into everything we know for the first Disney+ original TV show to be released for fans, ‘The Falcon and The Winter Soldier’. Read on.

The Falcon and The Winter Soldier Plot: What is it about? 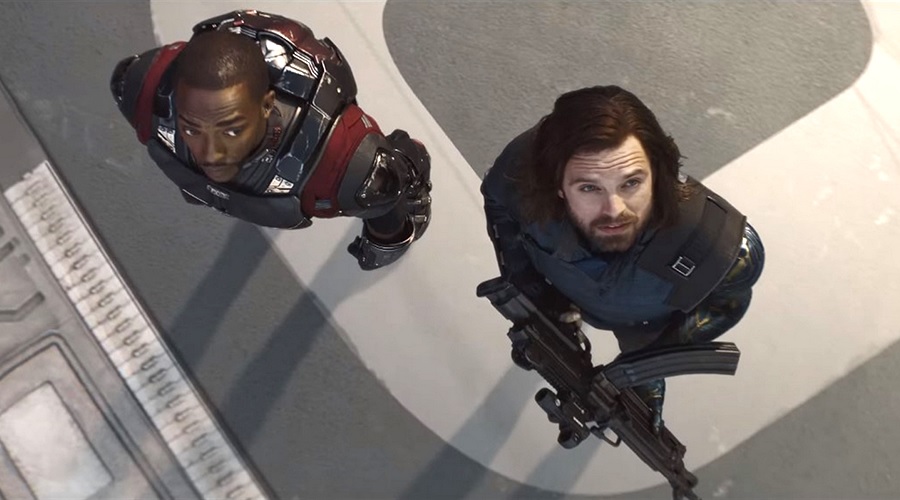 As was promised, the MCU is left in considerably different shape after the events of ‘Avengers: Endgame’, and following the developments at the SDCC this year, we might have just the slightest idea of the grand scheme of things, of where all of this might be going after all. Just one look at the upcoming Marvel slate and it would be clear aplenty that the MCU will include more shows than live action films coming out, something that is a marked departure from the previous three phases of the MCU. Disney+ is going to be a major game changer as well, with all of the new shows slated for release directly for Disney’s exclusive streaming service. 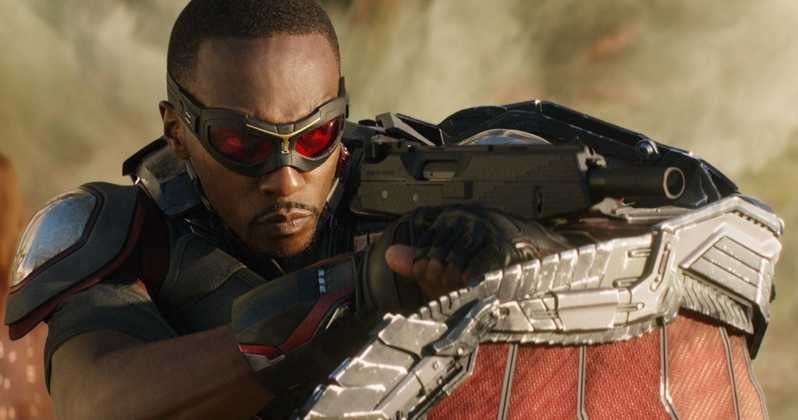 From what we know, ‘The Falcon and The Winter Soldier’ will be a six-episode mini-series whose events will take place after those of ‘Endgame’. Reports state that the series would see Falcon and the Winter Soldier operating in a world without Captain America or Iron Man, fighting crime after the former moved on from his role of the man with the star-spangled banner on his chest, and grew old with Peggy Carter in an alternate reincarnation of his past. That would directly imply that the series would see Sam Wilson (Anthony Mackie), who would be reprising his role from the MCU here, as the new Captain America, fighting alongside Winter Soldier as his aide.

It is also quite likely that there may be crossovers with several other MCU shows in the pipeline, given how all of them have formidably operated together in a shared universe for more than a decade now, and therefore, cameos by other stars of the MCU that haven’t been part of the first tier of Avengers, or other A-listers. The series, however, and as the name indicates, should primarily be centred on its titular characters and the camaraderie between them, similar to what we saw when the duo fought Spider Man in ‘Civil War’s famous airport fight scene. That coupled with the series taking on where the two are after the events of ‘Endgame’, individually on a microscopic level, their own series with them as primary characters finally allowing them to, should prove as a good start to the series.

Tonally, the show should fall very closely in line with ‘Captain America: Winter Soldier’ in being a modern-day spy-espionage-thriller film, rather than traditional superhero stuff that we have usually been accustomed to. In that, the one MCU person I reckon is the closest in line for a cameo appearance is Samuel L. Jackson as Nick Fury. Needless to say, Cobie Smulders as Maria Hill is bound to be along too, if that happens. 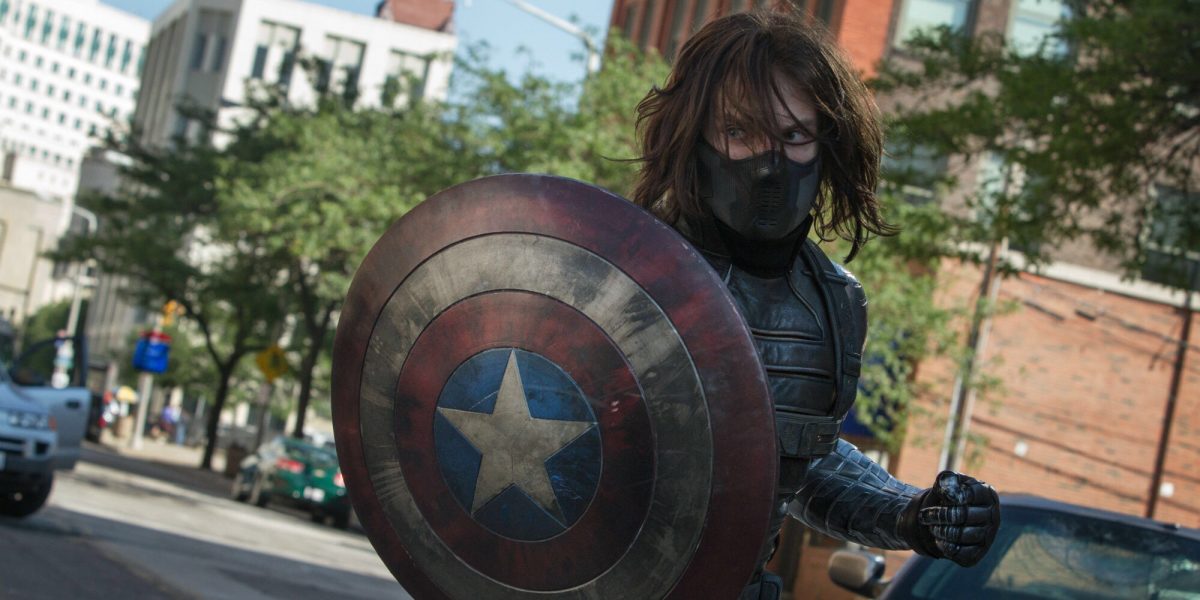 That the series is going to be a short one is nothing but good news for me. I think it can be said without a shred of doubt that DC made significantly more strides than Marvel when it comes to the television arena, with the former offering an entire TV universe in ‘Arrow’ ‘The Flash’, ‘Supergirl’, ‘Legends of Tomorrow’, and the new offerings including ‘Swamp Thing’, ‘Doom Patrol’ and ‘Titans’ on the DC Universe streaming service.

Marvel too rolled out some bangers when it tied with Netflix, including ‘Daredevil’, ‘Jessica Jones’, ‘Iron Fist’, ‘Luke Cage’, ‘Punisher’ and ‘The Defenders’, but all of them have since completed their run. Even its cannon shows that tie into the MCU (‘Agents of S.H.I.E.L.D’, ‘Agent Carter’) have since moved far away from the shared universe, with the latter ending its celebrated run years ago.

Phase IV looks remarkably different for Marvel, with the big names from the MCU sure to draw in some traction. The point, however, that I was trying to make was that ‘The Falcon and The Winter Soldier’ TV Series being a miniseries works in more ways than one. First, moving away from the weekly soap kind of setup greatly helps a series, especially one involving superheroes, to keep things interesting all through and have a memorable run, as opposed to, say ‘Arrow’ and ‘The Flash’ that were reduced to episodic crime fighting capers, with things only getting really interesting and really intense only towards the finale. Secondly and more importantly, since the big names involved aren’t full time TV actors, they can move on to other projects, especially Mackie who is the current Netflix favourite.

Coming to one of the best revelations about the TV series from comic con, a special video segment prepared just for the fans revealed Baron Zemo to be the main villain for ‘The Falcon and The Winter Soldier’. After being the fan to the flames for the warring factions between the Avengers, and ultimately the reason for their rift in ‘Civil War’, Zemo would be making his return to spur further trouble in the ranks, putting them on a direct collision course with the duo.

Needless to say, when Zemo is involved, one of the ways he would be inviting trouble would be by summoning/activating the brainwashed Winter Soldier persona of Bucky. ‘Avengers: Infinity War’ showed that he overcame his “condition” to a major extent after his recreational stay in Wakanda, but if Zemo is a villain in a series with the Winter Soldier, you better believe that he’d be finding his way around that. Mission Report, December 16, 1991 it is. What’s more is that Daniel Bruhl, the actor playing Zemo, recently took to Instagram to share an official first look of his character in his original comic book accurate avatar, with the famous purple coloured mask. From here on, one can only wonder the directions that Marvel is plainly just capable of taking with this vast universe that they have set up.

The Falcon and The Winter Soldier Cast: Who Is In It?

As with the MCU and ‘Captain America’ films, Anthony Mackie and Sebastian Stan will be headlining the series as the eponymous Falcon and the Winter Soldier. The title may seem elusive since Mackie would now be donning Captain America’s costume and shield. Furthermore, Daniel Bruhl is confirmed to reprise his role as Baron Helmut Zemo from ‘Captain America: Civil War’. We will update this section as soon as we have more information on supporting cast members and as the tabs are filled out, but as I mentioned before, expect a few players from the MCU too to reprise their roles for short cameos.

The Falcon and The Winter Soldier Crew: Who Is Behind It? 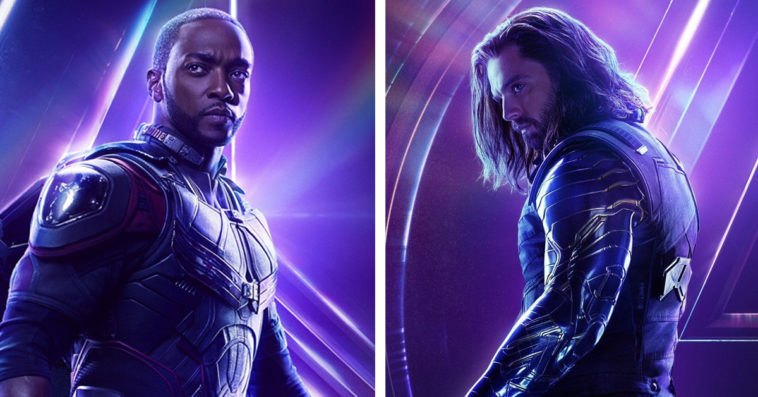 Surprisingly, no information regarding the makers of the show or showrunners came to fore during the Comic Con panel at Hall H. However, it was recently reported that Malcolm Spellman of ‘Empire’ fame will be penning the series to be produced by Kevin Feige and Marvel Studios, as opposed to its comparatively popular Netflix shows. He would be joined by Derek Kolstad of the ‘John Wick’ films fame. Another report stated that Kari Skoglan who earlier helmed ‘The Handmaid’s Tale’ would be directing all the six episodes of the mini-series.

The Falcon and The Winter Soldier Release Date: When Is It Coming Out?

‘The Falcon and The Winter Soldier’ is the first among a long lineup of intended Marvel shows in MCU’s Phase IV to be directly available for streaming on Disney+, currently touted for Fall 2020 release for all its episodes.