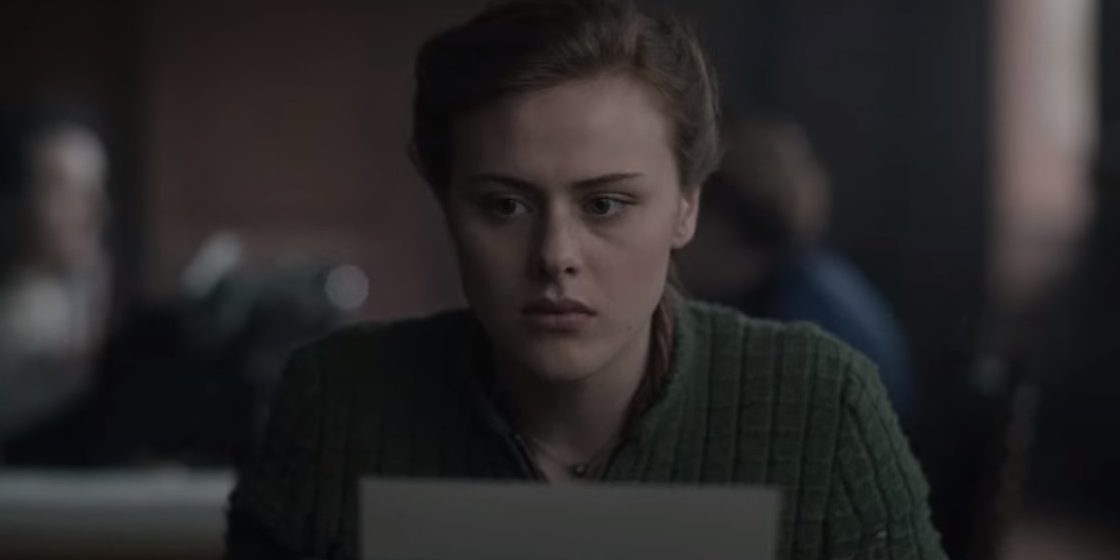 The Netflix original movie is brought to life by exquisite production, an internationally acclaimed cast with the highlight of Tom Felton (of ‘Harry Potter’ franchise fame), meditative camerawork, and a guiding score. The movie’s finale is painted with a tragic discord, and if you seek to revisit the closing moments of the epic World War II movie, let us break down the finale. SPOILERS AHEAD.

In an animated prologue, a map shows the progression of the Second World War so far. The Axis power has captured most of Europe, but they retreat after the joint attack by the US, Canada, and England. Following their D-day landing on the shore of Normandy, the Allied troops advance towards the Netherlands, but they cannot reach Antwerp due to the strategic hold of the Nazis over the Scheldt estuary. 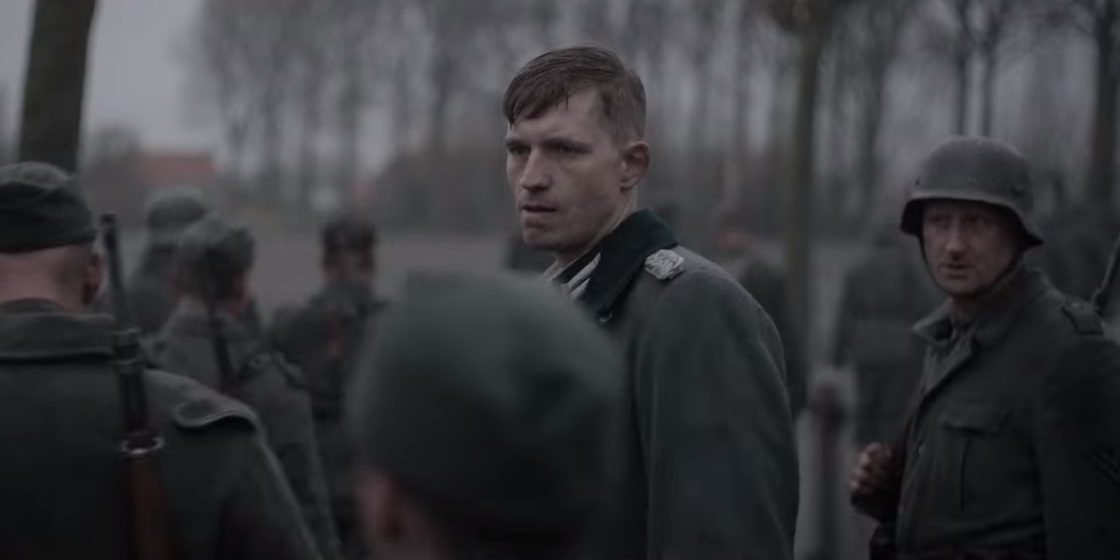 The film begins on September 5, 1944, in the war-torn Zeeland township of Vlissingen. There is a rumor that the Canadians are winning the war, and the Third Reich would eventually fall. Teuntje Visser works for the local mayor. Her photography-enthusiast brother Dirk photographs a group of German soldiers who seem to leave the territory. However, a soldier catches hold of him, and after stating that the Nazis still rule the land, the soldier throws the camera on the road.

A car treads on the camera, and angered, Dirk throws a stone at a truck driver, killing him and others walking in front of the truck. After the mishap, resistance warrior Dirk goes into hiding. Elsewhere, Nazi soldier Marinus van Staveren gets admitted to a hospital after receiving an injury in the frontline. In the hospital, Marinus meets a cynical senior official who takes his own life, while Marinus himself is reassigned a desk job under the command of Oberst Berghof.

Meanwhile, Royal Air Force pilot William Sinclair wants to fight in the war against the best wishes of his high-ranking father. He hops into a plane with senior officer Tony Turner hoping to conquer Arnhem, but they have to land early when sabotaged by enemy jets. Tony is hit, but William vows not to leave Tony at any cost. To save her brother from Oberst Berghof, Teuntje contacts Janna and Dirk’s other associates from the resistance. While Dirk breaks under pressure, Teuntje has to deliver an essential map to the Canadian troops on the other side of river Scheldt and launch the domino that would finally liberate the Netherlands.

The Forgotten Battle Ending: Is Marinus Dead or Alive?

In the tense final moments, Teuntje and Janna embark upon a deadly mission to take the blueprint of the attack to the Canadian forces on the other side of River Scheldt. The German troops discover them, and while Teuntje surrenders, she makes sure that Janna reaches the other side. Janna is wounded, but she is rescued by the Allied soldiers the following morning, and with the map, the army can now plan the attack. They use the Walcheren Causeway to take the enemies down by surprise. 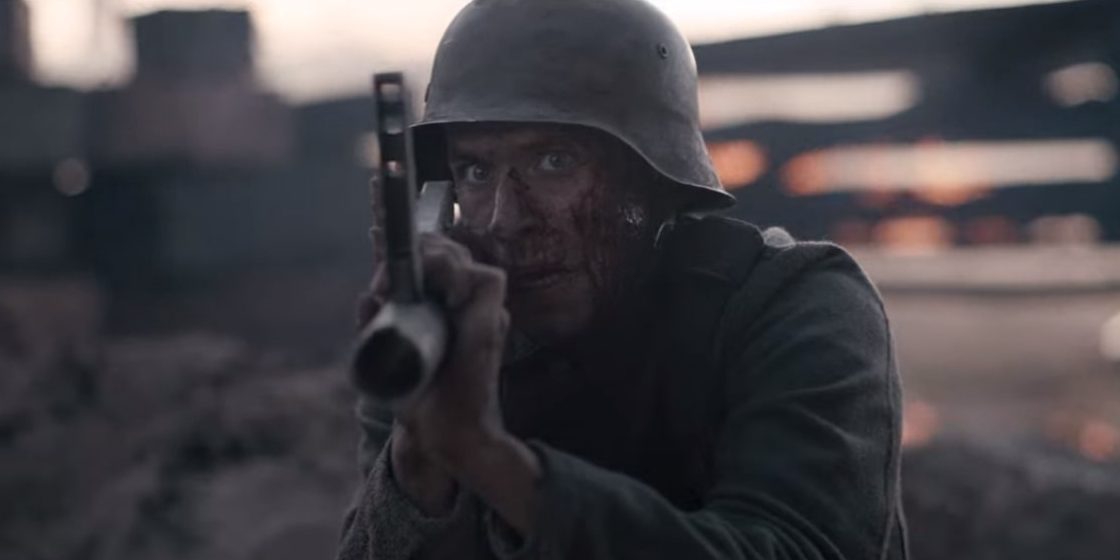 Berghof assembles all the army men, including Marinus, for a final resistance against the enemy. They are inadequate compared to the Allied troops, and they have to concede defeat despite the menacing heroism of Oberst Berghof. After a non-threatening encounter with William Sinclair, Marinus goes back to the headquarters to find Teuntje. The Allies win the Battle of Walcheren Causeway, and the Germans flee the town. However, a Nazi soldier sees Teuntje just before getting on the departing vehicle. He comes around to exact violence on Teuntje, but thankfully, Marinus reaches the scene in the nick of time.

After a gruesome fist and melee fight, Marinus manages to assail the evil Nazi soldier, but he is gravely wounded in the process. Teuntje tends after him and tries to stop the blood flow but leaves as the Allied troops march through the place. One may wonder about the final fate of Marinus, which is not divulged in the movie. With the open ending, the director attempts to make the viewers complicit in creating the meaning. But looking at the wound of Marinus (which is fatally close to his heart), it seems that he would not live to see another day. However, even if he does, life for Marinus would not be the same since his experiences at war have led to an onset of PTSD.

Why Does William Not Shoot Marinus?

In a particularly memorable scene in the movie’s final moments, William and Marinus meet at gunpoint. After his botched operation, William regroups with the Allied forces that storm Zeeland. After his previous teammates either die or desert the line of duty, William is all alone, but he is amply courageous. On the other hand, Marinus stands at the forefront of Nazi defense under the leadership of Berghof. Berghof abruptly dies while forcing his soldiers to fight the improbable fight. At this juncture, Marinus runs for his life, but William stops him. 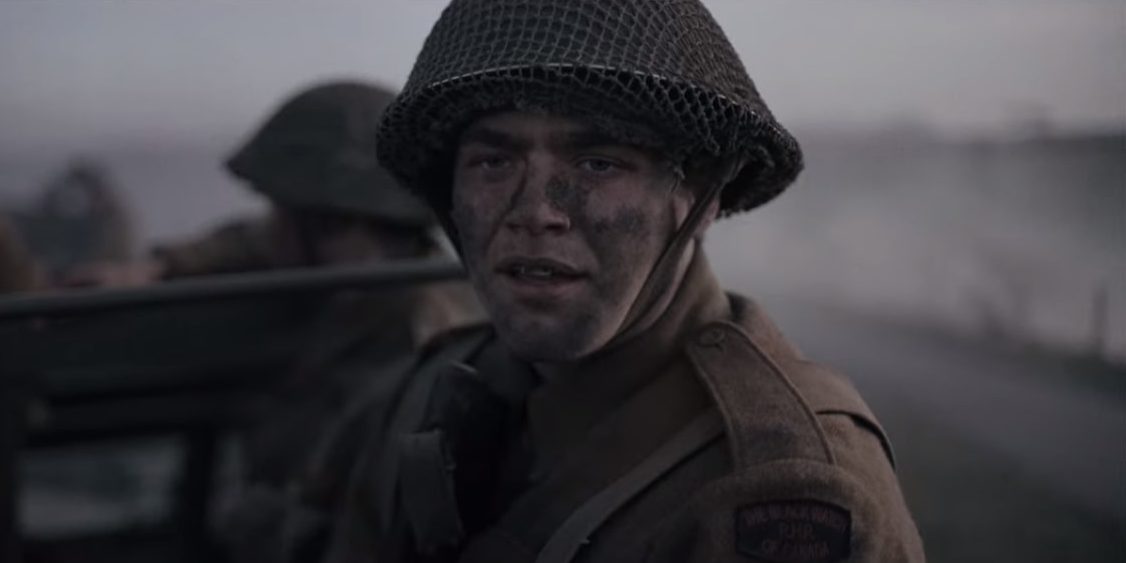 He does not move from the place, and William lowers his gun after a while. He lets Marinus go, although Marinus belongs to the side of the enemy. At this point, both have experienced the visceral reality of war to a grave extent. William senses that Marinus is shellshocked, and after many near-death experiences in the war, he is not the one to fear death. Moreover, looking at the tired glance of Marinus, William refrains from pulling the trigger. Previously, killing a Nazi cost him his fellow glider Henk’s trust, and he does not want to kill unless threatened. Marinus looks far from threatening, and thus, William does not shoot Marinus.

Read More: Where Was The Forgotten Battle Filmed?