Is The Girl In The Fog a True Story? 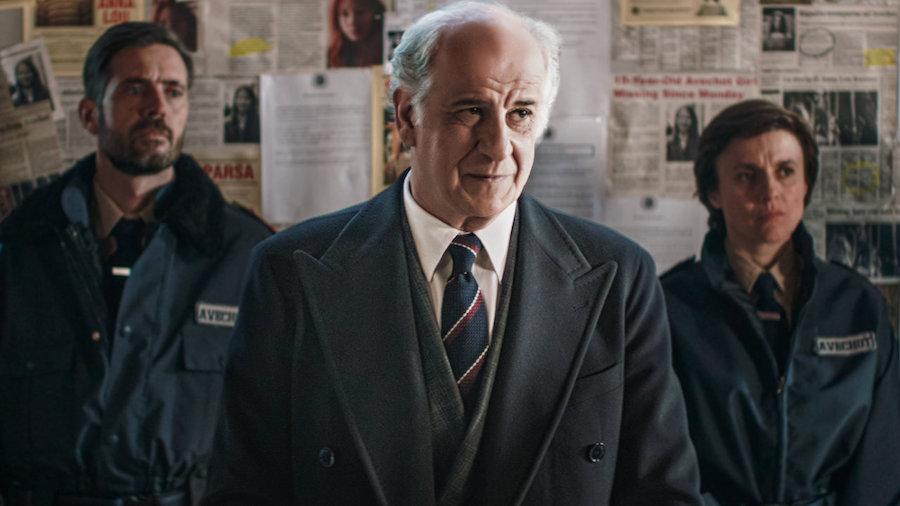 ‘The Girl in the Fog’ is an Italian crime drama that follows the story of a detective who arrives in a small town to solve the murder of a young girl. The case takes many twists and turns, and the film keeps us wary of the motives of every single character, even the ones who seem to be on the side of justice. It not only focuses on the line of investigation but also gives us a picture of the media frenzy that such cases tend to create and how it can elevate or ruin someone’s reputation. The film adopts a realistic tone in its storytelling, which makes us wonder if it’s based on a true story. Let’s find out.

Is The Girl in the Fog based on a true story?

No, ‘The Girl in the Fog’ is not based on a true story. It is based on the book of the same name written by Donato Carrisi, who has also written and directed the film. For the movie, Carrisi took inspiration from the noirs of the 60s and 70s, and the 90s serial killer dramas like ‘The Silence of the Lambs’ and ‘Seven’. The story is set in a small Italian village called Avechot. It is an imaginary place that Carrisi created to serve the dark atmosphere of the film. He wanted it to feel like “an abandoned tourist resort”, where a gruesome crime would invoke the sense of inescapable claustrophobia for the characters.

While he didn’t base it on a true story, Carrisi was inspired by one to infuse ‘The Girl in the Fog’ with certain elements. The fictional disappearance of Anna can be considered the closest to the real case of Yara Gambirasio in Brembate di Sopra. While following the story, Carrisi had discovered a pizzeria that didn’t have any business and would have surely died soon enough. But then Yara disappeared, the case got national limelight, and it brought the entire town into focus. The media frenzy led to a boost in the tourism of the place and the pizzeria was brought back to life. This made the writer-director realize that crime is, much like everything else, a business.

Who is Yara Gambirasio? What happened to her?

On November 26, 2010, Yara Gambirasio left her home at 5:15 pm to go to the gym, which is just a few hundred meters away. She was to drop off a stereo with her instructor, but after that, she never came back home. Her body was found three months later, and in between this, a man was arrested and then exonerated with barely any other clue to follow up on. When Yara’s body was discovered, some DNA evidence was found on her clothes, and after parsing it through roughly 18,000 samples, a match was finally found. 46-year-old local construction worker, Massimo Bossetti, was found guilty of Yara’s murder and was sentenced to life imprisonment, also losing parental rights over his children. While the high-profile case was brought to an end, Bossetti insisted that he was innocent and that the DNA evidence had got it wrong.