The Girl in the Mirror Ending, Explained: Do the Shadows Bring Back Therion? 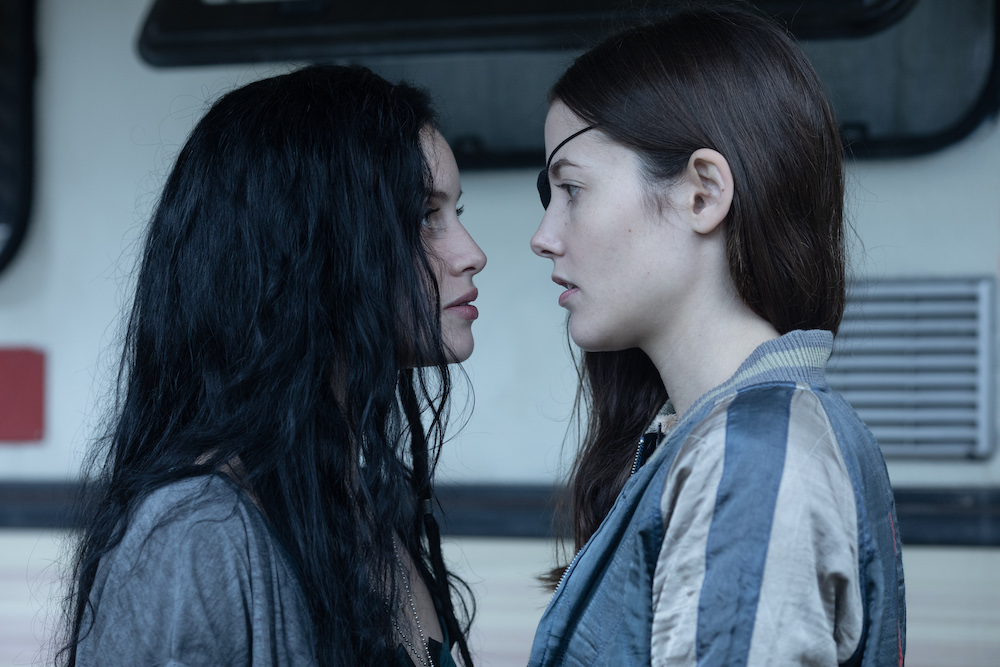 Netflix’s ‘The Girl in the Mirror’ follows the story of Alma, a girl who suffers severe amnesia following a terrible accident. The show uses the atmospheric surroundings of a picturesque small town and weaves in mystery and supernatural elements to make it more thrilling. The relationships between the characters also take centerstage, as some of the most important events in the story take place due to the complicated equations between them. The story also unravels in a very calculated manner where past, present, and future get mixed up in a way that leaves the audience confounded. The season ends on a massive cliffhanger, which doesn’t spell anything good for the town of Asturias. Here we analyze what the ending means for the future of ‘The Girl in the Mirror’. SPOILERS AHEAD

The Girl in the Mirror Plot Synopsis

A group of students, on their way back from a retreat, meet with a terrible accident that claims the lives of half of them. The rest come out with serious injuries, landing them in comas with no hope that they’ll wake up anytime soon. Alma, too, sustains severe injuries, but while her physical wounds heal, it is her memory that doesn’t seem to budge. As she tries to remember her previous life, her own name feels like something that belongs to someone else. Digging into her past, she uncovers a dead sister, a complicated friendship, as well as a string of supernatural occurrences in her town.

While Alma comes to terms with her new situation, an old man tells his grandsons the tale of Therion, a demon who is prophecized to return, courtesy of the efforts of his loyal servants, known as the Five Shadows. Slowly, the mystery around the identity of the shadows unravels, as more lives are lost. By the end, it seems like nothing can stop the catastrophe that has been written in the fate of Alma and her town.

The Girl in the Mirror Ending: Do the Shadows Bring Back Therion?

Unbeknownst to the resident of Asturias, a threat has been looming over them for quite some time. While the bus accident is considered a tragedy, for which many people blame the driver, it was actually something that had been in the cards for centuries. As is later revealed, Martin’s father knew that the accident was going to happen. It was written about in the book of prophecies that had been passed down in his family over generations. It had everything in it, from the death of his wife and the birth of their son to the precise time and method of how Therion will be brought back to the world of the mortals.

The accident was actually a massacre, orchestrated by the shadows to find five mortal bodies that they could occupy. Only when they were in full control of these bodies they could begin the ritual to bring back Therion. Roque becomes the first person to succumb to the shadow that takes over this body, and then helps its brothers to occupy the bodies of other people. Eventually, five young people — Roque, Berta, Nico, Laura, and Bruno— are possessed by the Five Shadows.

Knowing that things are going to happen exactly the way they are prophecized in the book, Martin’s father tries his best to stop the shadows. He sends his hitman after them, killing their mortal bodies, hoping that this will stop them. Due to this, Carlos is killed. But it turns out that the death of their mortal bodies doesn’t have much effect on the shadows. It just turns out to be an inconvenience for them, because they just have to look for the next body to take over. While they can replace their own bodies, they can’t do so with the one that is reserved for Therion.

The key part of the plan for bringing Therion back is Martin. He is the one whose body is to be surrendered to the demon because he is a part of the bloodline that has been possessed by Therion for a very long time. It is important that the shadows get to him, and according to the prophecy, it is someone from Martin’s family who will give him over to them. At first, Martin and his sister, Diana, believe that it is their father who will betray them. But they discover that he has actually been trying to protect them. The ritual is supposed to go down on the night of the third full moon, so they just have to keep Martin out of the clutches of the shadows for that particular time period.

When nothing happens by the given date, Martin’s family lets their guard down. Meanwhile, Roque tracks down Martin by following Bruno, who is angry with Martin for disappearing without a trace, especially after Bruno’s grandfather had died while they were trying to protect him. Feeling guilty about it, Martin goes back to Bruno, and it is Diana who hands him the car keys to get there. It is only later that Diana realizes that the “three” in the book of prophecies was actually a “six”. She and her father also notice that the bones that are vital for the ritual of bringing back Therion have also gone missing.

At the same time, Martin reaches Bruno’s house, only to realize that Bruno has also become one of the shadows, who finally have Martin in their clutches. They begin the ritual immediately and we see the red energy emanating out of Therion’s altar, suggesting that the return of the demon is imminent now. The show leaves us here, on a cliffhanger, but from what the final scene suggests, it is safe to say that there is no stopping the ritual now. It was supposed to happen this way, and even though Martin’s family tried their best to stop it, they played right into the prophecy by trying to escape it. Because everything has happened exactly as it was prophecized, Therion is definitely coming back.

Does Alma’s Soul Get Back in Her Body?

The main story of ‘The Girl in the Mirror’ revolves around Alma and her missing memories. Even after trying her best, it turns out that she can’t remember anything from Alma’s life because she is not Alma. It is Deva’s soul inside Alma’s body, while Alma’s soul has been going back and forth in time and memories, trying to find a way to come back into her own body. It is during one such trip that Alma’s soul lands on a memory from the future. She sees someone attack Deva, which means that she can either save Deva who is occupying her body, or she can make her play and try to get back into her body.

Even though Alma’s soul tries to warn Deva, the whole scene plays out exactly as Alma had seen. It is Ricardo, Deva’s stepfather, who attacks her for revealing to Deva’s mother that he’d been sexually abusing Deva. He doesn’t know that he is actually attacking Deva inside Alma’s body. He chokes her and Alma’s body comes to the brink of death, which means that Deva’s soul is expelled from it. Still, instead of jumping right back into her body, Alma’s soul tries to save Deva by attacking Ricardo. Eventually, Deva’s soul pushes Ricardo out of the window, who falls to his death.

With both Alma and Deva’s souls out of Alma’s body, Deva apologizes to her for taking over her life. This is when Lara’s soul appears to take away Deva’s soul, which is what was supposed to happen in the first place. Lara and Deva help a spent Alma to get back in her body, and Deva says goodbye to her friend and embraces death completely. So, after all the struggles and weird experiences that change her life, Alma is finally back to her normal self. Though, she knows that this is not the end of her story.

Now that everything seems fine, Alma is ready to find out more about what happened to her and what’s actually going on in her town. She pays a visit to Aurora, who tells her that she’d been waiting for her. She gives her the “flower of the water” necklace and welcomes her into the White Sisterhood. This event will clearly become an important factor in the next season, where the return of Therion will mark some dark times for the people of Asturias, and Alma will play a part in fighting the devil. Considering that we still don’t know what else is written in the book of prophecies, it wouldn’t be a surprise if Alma’s name comes up in it, with some directions regarding how to send Therion back to hell.

Read More: Where is Netflix’s The Girl in the Mirror Filmed?